This Year, Pride Returned to Its Radical Roots 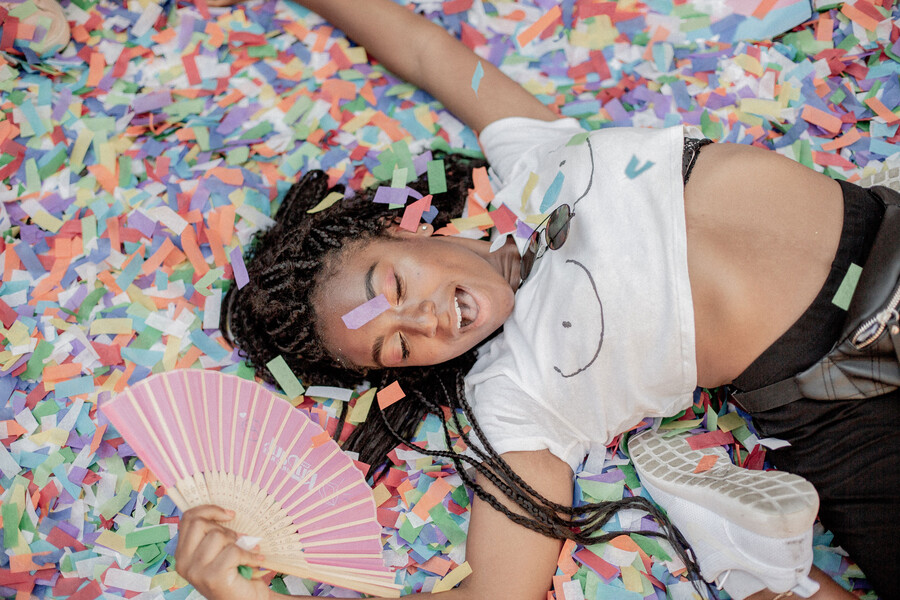 It’s now been more than five decades since cops raided yet another gay bar in New York and a group of disabled, queer people of color used their bodies and their righteous anger to say not today, motherfuckers. And, over that time, the rage that became the impetus for a sprawling movement to command respect and protections for LGBTQ people has become commodified by capitalism, turned into rainbow-colored marketing campaigns—limited to June—that are as bland as most LGBTQ representation across mainstream media. Commercials, rainbow-branded merchandise, and blanket social media campaigns have devolved into desperate attempts to convince the straights that the gays are just like them: Our families look like yours, we have kids just like you, and we love our partners the same way you do.

In many ways, present-day Pride hearkens back to the gay activism that came before the Stonewall Riots, wherein gays organized Reminder Day marches in front of places like the White House and the State Department, but insisted on strict dress codes with the ultimate goal of representing “homosexuals as presentable and employable.” Frank Kameny, the original organizer of Reminder Day, was fired from his federal government job in 1957 because of he was gay. Just days after Stonewall, the Reminder Day marches were infiltrated by New Yorkers wearing stylish jeans and shirts; eventually, the Annual Reminder was abandoned for a more radical demonstration called the “Christopher Street Liberation Day Parade,” the precursor to what has now become Pride. “Eventually Kameny really loved those Pride marches, and he stopped wearing the suit and tie,” Lillian Faderman, author of the 2015 book, The Gay Revolution: The Story of the Struggle, told the Washington Post in 2017.

Even the Gay Liberation Monument, a West Village sculpture commissioned on the 10th anniversary of the Stonewall Riots, is a sanitized commemoration of the events. It features two standing men and two sitting women whose features are traditionally white. All four figures are covered in white lacquer, a staple of the artist George Segal’s work. In this sanitized version of Pride, there’s no room for outliers. There are no Black drag queens with broad smiles and flower-crowns balanced precariously, like Marsha P. Johnson; no biracial androgynous lesbians wearing tuxedos with close-cropped hair, like Storme DeLarverie; and no curly-haired Latinas carrying Molotov cocktails with gender identities too fluid to be contained, like Sylvia Rivera. In this version of Pride, the one co-opted into commercials and storefronts, there’s no space for the queer people who don’t fit neatly into the expectation of normalcy, gays who aren’t pining for a prepackaged wedding and the evolution of our marriage into 2.5 kids and a one-car garage in suburbia.

But 2020 isn’t a normal Pride or even a normal year. Many of us spent our spring cooped up, hearing sirens scream as they carted bodies to overfilled hospitals without enough ventilators. Those of us in quarantine haven’t seen our friends and families for months, separated from contact with other humans by six feet and masks that cover half of our faces. As a result, the expected public celebrations of Pride were canceled, and no one was exactly sure when things would return to normal. The appeal of crowding onto dance floors or the crushing flow of other queers diminished, replaced instead by existential terror about catching or spreading the illness. But then Breonna Taylor’s murder at the hands of Louisville, Kentucky, police officers as they executed a no-knock warrant on her home in the middle of the night came to the national spotlight. And then Minneapolis police officers murdered George Floyd, kneeling on his neck for more than eight minutes while he cried out for his dead mother. And then white America finally took to the streets to join the Black Lives Matter movement in demanding that racist police stop killing Black and Brown people.

We’ve been faced with a larger reimagining of Pride during the coronavirus and how the cancelation of in-person events can become virtual instead. I could link you to some of the long lists for online Pride events (like this New York Times guide spanning from New York City to San Francisco), noting that the momentum isn’t limited to splashy bashes with big-name headliners. Access to platforms like Twitch and Instagram mean queer performers, from musicians to drag queens, get to take center stage whenever they can, want, or need to. Even virtual strip clubs exist, with veteran sex workers offering no-judgment classes on sex techniques, dancers having the ability to take center stage on their own schedule without fear of exposure. The internet has long been a place of equalization, where connections are fostered and everyone is invited; a global celebration spreads the message everywhere—even, perhaps, into countries that are still actively hostile and often downright dangerous toward LGBTQ people.

Instead of lamenting what could’ve been regarding canceled Pride events, we need to recognize that social justice movements demanding civil rights for minority groups have too often been led by queer people of color who are later erased in our remembrance of events.

While we’re at it, inaccessibility is a huge issue for in-person Pride events, and though the internet has a plethora of its own accessibility issues (see: the fact that we still can’t get Netflix to properly caption Queer Eye), disabled queers won’t have to contend with stairs or steps as a barrier to access this month. But mostly, I think we should talk about what it means to be able to return to the original microcosm of Pride as a riot by looking at what’s going on in every major city in America—and around the world. The Stonewall Riot is what we remember, but the organizational movement that bloomed from the ashes of the burned bar and overturned paddy wagons borrowed heavily from the radicalists that came before them, including anti-war demonstrators and the Black Panthers. Too few people know that three whole years before Stonewall, Black and brown drag queens fought police with their high heels and heavy bags in one of the first LGBTQ-related riots at Compton Cafeteria in San Francisco’s Tenderloin district.

So here we are at the very end of June. The United States of America is again rioting—for good reason and on a larger scale than ever before. That riot is being led by queer Black people, as it has always been and as it continues to be. (Two of the founders of the Black Lives Matter organization, Patrisse Cullors and Alicia Garza, are queer.) Instead of lamenting what could’ve been regarding canceled Pride events, we need to recognize that social justice movements demanding civil rights for minority groups have too often been led by queer people of color who are later erased in our remembrance of events—and use this opportunity to figure out how to uplift, center, and celebrate the people who put their lives, bodies, and souls on the line to move society forward, time and time again.