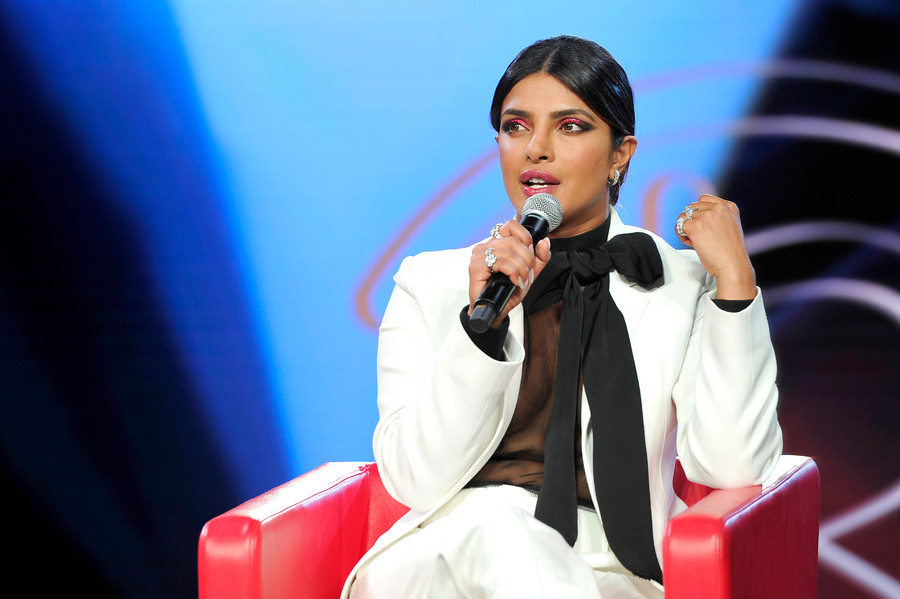 A couple of weeks ago, Priyanka Chopra was embroiled in a controversy that has since gone viral, when Ayesha Malik, a Pakistani woman in the audience for a talk by Chopra at Beautycon LA, called her out for tweeting support for the Indian army after the Indian Air Force conducted an airstrike in Pakistan in February 2019. Malik confronted Chopra about this warmongering veiled as patriotism and was told by Chopra that she’d answer when Malik was “done venting.” It was a vicious attempt to gaslight a woman who dared to bring homeland politics to an event about “female empowerment” designed for an American audience.

A lot of the audience cheered for Chopra when she continued to condescend to Malik, who was protesting the mic being taken away from her, saying, “Girl, don’t yell. We’re all here for love.” This was exactly the Chopra this audience knew: someone who was “NOT here” for being critiqued or questioned. They cheered for her version of empowerment: personal brand building couched in the language of female empowerment. As one of only a handful of Bollywood stars who have successfully crossed over to Hollywood, Chopra initially received a lot of criticism for her “fake accent” and for aspiring to “global domination.” Her way of responding to all of this was to build a brand around being an empowered woman of color who simply lets all criticism, much of which is racist and parochial, roll off her back. The problem is that along with these crude insults came several far more informed criticisms that Chopra shoved under the carpet with equal adeptness.

The Beautycon debacle seems emblematic of Chopra’s habit of wearing women’s empowerment like a cape that hides deeply problematic stances and ideologies. Chopra’s first major American role was on ABC’s Quantico, which began airing in September 2015; in an interview with Refinery29, Chopra was enthusiastic about her role as a young FBI recruit but also made sure to not use the F-word, claiming instead that Quantico “isn’t feminist, it’s empowerment.” She went on to clarify: “It’s got very strong female characters, and I don’t think it’s a bra-burning feminist show where you’re like, We hate men…we have really strong male characters, too.” Chopra’s hesitation to use the word “feminist” was hardly out of place at a time when a lot of young women celebrities were struggling to embrace the label. But once Chopra recognized wokeness as a useful tool for success, she glossed over her own statement to build a career on feminist posturing—and a persona that lends itself to feminist pandering.

Aside from disavowing feminism—only to then adopt it when it became convenient—Chopra has starred in a music video exoticizing her Indianness, then waxed eloquent in interview after interview about how she refused to do any role where she was seen as an “exotic Indian princess.” She’s done a series of ads for not one but two skin-lightening products in India, and then recently signed on as a global brand ambassador for Obagi, a line of skincare products promoting “skinclusion” for women of all colors. The abruptness of this stance-switching is accompanied with a remarkable ability to leave the pre-woke phase of her career completely unacknowledged.

It’s hard to blame Chopra entirely. As a new immigrant to the United States, albeit a deeply privileged one, she had to learn pretty quickly how to position herself as someone who could confidently speak to questions of representation and exploitation. Nearly every one of Chopra’s early interviews in U.S. media primarily addressed her Indianness and her struggles as a woman of color in a predominantly white industry. She wasn’t alone, of course: Almost without fail, every woman of color who achieves any level of success in Hollywood is tasked with fielding endless questions about their race, their ethnicity, their gender—and their answers are expected to follow a standard line that goes something like, “Yes, I’ve suffered a little, but things are changing.” To say anything else is blasphemy, and the women who “make it” are the ones who respect that boundary.

It’s also tough to vilify Chopra for using her identity to establish herself in the industry because those of us who aren’t usually represented in the mainstream find great comfort in having someone like her onscreen. Chopra, and women like her who belong to diasporas and immigrant communities, symbolize something aspirational for many of us: the possibility of being fully accepted without constantly having to cut corners on our identity. As someone living in the United States as Chopra found fame here, I found myself very taken by her unabashed articulation of her ambitions in the West; I too was subject to scrutiny about why I was traveling across the world and putting down roots in a completely new space.

Priyanka Chopra, and women like her who belong to diasporas and immigrant communities, symbolize something aspirational for many of us: the possibility of being fully accepted without constantly having to cut corners on our identity.

Chopra’s entry into mainstream U.S. pop culture, in fact, sprung a plethora of appreciation posts from within the desi diaspora, written by people who, for the first time, felt like their own struggles with identity were finally becoming part of mainstream conversations. As Rutgers University student Saneera Kankanala  wrote in the Odyssey online: “[P]eople like Priyanka are showing South Asian American kids now that it’s okay to be from a different culture.” It felt validating to have an attractive, talented, seemingly intelligent woman—rather than the head-shaking, Outsourced/Big Bang Theory nonsense we’d become accustomed to—be our representation.

But as the most prominent mainstream star to cross over from Bollywood to Hollywood, Chopra’s unique position is also a potentially dangerous one. Tied to the possibility of having “one of us” onscreen, a lot of the desi diaspora has been willing to overlook her already sketchy history, disregarding her ignorance toward feminism, her support of fairness creams and her “I don’t see color” stance on racism in Hollywood. We have wanted so desperately to celebrate her assimilation that we’ve been willing to overlook the often deeply harmful impacts her selective activism have had on the community.

Diasporas and communities of color often feel trapped—compelled to pick at scraps of visibility, moved to pedestalize even the least bit of representation that comes our way. The likes of Sofía Vergara, Gal Gadot, and Awkwafina offer up huge symbols of aspiration for us as talented, outspoken women of color in a deeply biased industry, but they also routinely throw either their own or other marginalized communities under the bus, as when Vergara allowed herself to be the (literal) butt of a wildly sexist bit at the 2014 Emmys or when Gadot posted her support for the Israel Defense Forces on social media. Unfortunately, liberal feminist culture encourages us to idolize women like them out of a sense of responsibility to uplift communities of color to the point where they are seen as above reprimand. But being an apolitical or selectively woke celebrity in 2019 is a strategic decision, and it’s both our right and our responsibility to push back on people in positions of power when they let our communities down.

Since the incident at Beautycon, Chopra has been silent about her support for the Indian army. It’s a calculated choice: Chopra knows that a big chunk of her fans—the ones who cheered her as she condescended to Ayesha Malik—will stand behind her regardless of her beliefs. A little part of me wants to join them. I still want to be able to celebrate Chopra’s mainstream crossover success, her marriage to a Jonas brother, the fact that she is one of us and one of them. And maybe that’s okay. It’s possible to be excited that someone like Chopra is representing our people without idolizing them and defending everything they do. It’s also possible to expect accountability from them. Maybe if we demand that our questions are  answered and our concerns validated, we can hope for representation that actually aligns with our values, not just representation that fulfills our need to be seen.

Read this Next: In India, Durex Sells Condoms with a Sex-Positive Bollywood Dance Video 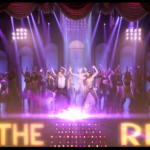 by Diksha Madhok
Bollywood has always been squeamish about sex. So it is big news when a mainstream Hindi film actor decides to not just endorse...