Numbers GamePro-Ana, Incels, and the Incessant Policing of Women’s Bodies 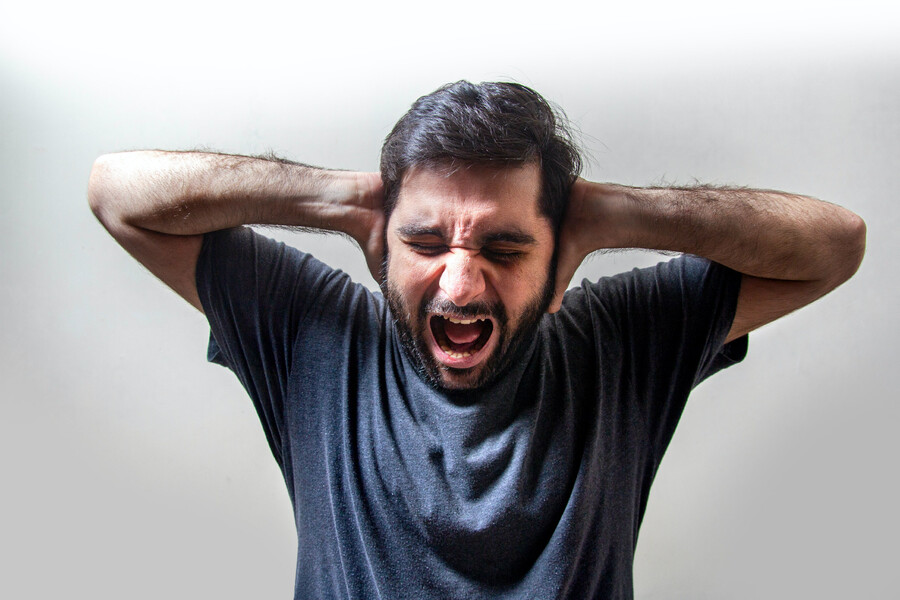 When she created a personal site in 1997, Alana, a lonely bisexual women living in Canada, intended for “Alana’s Involuntary Celibacy Project” to be an inclusive community for those with “life-long difficulty starting dating or forming relationships.” Alana told Politico in 2018 that she and other members of her Usenet group didn’t really like the term “involuntary celibacy,” but they couldn’t think of a better alternative. The term was eventually shortened to “INVCEL” and then “incel.” More than 20 years later, “incel” no longer conjures images of online support groups for the romantically unsuccessful; instead, the term has become associated with intense misogyny and violent extremism. Like other facets of the misogynist manosphere, incels despise women. Incels also turn that characteristic vitriol inward, directing equally potent resentment toward themselves. Rather than the more traditionally male-supremacist “red pill” ideology promoted elsewhere in the manosphere, incels adhere to the “black pill” ideology, asserting the hopelessness of their romantic and sexual prospects. The “black pill’s” nihilism is embodied in incels’ repeated assertions that “it’s over,” in their advice to other community members to give up on the potential for happiness and instead “LDAR,” or “lie down and rot.”

Incels’ self-hatred initially confused me: Why associate with a group so bereft of positivity? As I’ve studied the community, though, I’ve found multiple similarities between the fringe-misogynist group whose continued existence was so baffling and another group I had been pulled into years earlier: the pro-anorexia, or “pro-ana,” community. When I was 14, I hated my appearance—my nose and lips, my pale skin. Most of all, I hated shopping for clothes: The image of the fluorescent fitting-room lights emphasizing every unflattering angle remains stamped in my memory. I turned to fashion magazines and television, seeking to understand what it meant to be beautiful. The “pretty girls” in pop culture had large eyes; small, upturned noses; and lips parted to reveal the tiniest bit of front teeth. Most importantly, they were thin. Over time, I became increasingly aware of my failure to measure up. I stopped leaving the house without makeup and avoided swimming (an activity I’d once enjoyed), too embarrassed of my own face and body to reveal them to the outside world.

While surfing the internet, I came across “thinspiration,” or “thinspo,” videos: They were filled with images of waifish girls accompanied by pop music, diet and exercise tips, and the advantages of adopting an anorexic “lifestyle.” The videos promised that if you lost enough weight, you could walk on the snow without leaving an impression, that all clothes would look good on you, that boys would flock to you since you’d be so small, so easy to pick up. Another subgenre, “reverse thinspo,” juxtaposed unflattering images of fat women with derisive text and photos of fast food, milkshakes, candy. These videos asked: Is food really worth it? Do you want to be like those women? “Thinspiration” led me to pro-ana blogs and forums, where adherents framed anorexia not as an illness but as a “lifestyle,” a personal choice made freely. Pro-ana members viewed anorexia as something positive, as a way to assert control in a world asserting control over them. What agency is more fundamental, they ask, than permitting (or denying) oneself food?

Romanticizing oft-fatal eating disorders wasn’t all pro-ana sites offered: Pithily named diet regimens, suggestions for hiding self-starvation, and advice for ensuring the constant burning of calories made me feel as though this behavior wasn’t too unusual. There was a community engaging in—and supporting—this behavior, urging members to shrink beyond initial “goal weights” with no end point in sight. In six months, I shed nearly half my body weight. My period vanished, my hair thinned, and my eyes glazed over. I wore winter coats and gloves indoors to combat the constant cold. Shocked by my declining health, my parents arranged for me to enter inpatient care, warning that time away from school would send my meticulously maintained grades plummeting. With much support, I was able to slowly, if temporarily, recover. My disordered eating reemerged my sophomore year of college. Once again, the internet provided eager, easily accessed endorsement of my self-destructive behavior. I returned to content that made starvation seem admirable, to obsessive aerobic regimens, and to hours spent staring in the mirror only to grow progressively disappointed with my reflection.

Though a strong support network aided my recovery a second time, my relapse reminded me that I never fully escaped my eating-disordered past: Its shadow lingered over me, coloring my interpretation of the world. Breaking free from this toxic cycle would demand vigilance, complicated by the ubiquitous presence of triggering media images promoting a thin ideal and networked online communities all too ready to pull me back in. I first encountered the incel community in 2017 via a Virgin vs. Chad meme. The format felt strikingly similar: Denigration of the “Virgin” and veneration of “Chad” reminded me of my own self-derogation, my own aspirations to emulate the “perfection” pro-ana sites promoted. I began to draw other parallels between the communities as well. Both view physical appearance as crucially important: For incels and pro-ana alike, conforming to beauty standards is the only path to happiness and success. Both pro-ana and incels also afford numbers special meaning, sorting bodies along engineered hierarchies of worth.

Each group is preoccupied with measurement: Pro-ana’s compulsive calorie-counting, obsessive weigh-ins, and tape-measured waist circumferences are reflected in incels’ fastidious measurements of the angles of their eyes and jawlines. Through these measures, each community searches for some inherent value. For both pro-ana and incels, physical attractiveness and desirability are quantifiable—through valorized “goal weights” for pro-ana, through ratings along 1-10 scales and “sexual market values” for incels. Incels take quantification further, fixating on the inevitability of genetic determinism. Where pro-ana strove for “perfection,” black-pill ideology condemns incels to lifelong loneliness. Incels’ surface-level self-hatred belies another key similarity: Both communities shrink women. Pro-ana entails shrinking quite literally—adherents strive to be physically smaller, a smallness vital to the community’s idea of feminine perfection. Per the pro-ana community, femininity is frail, skeletal, barely there at all. Pro-ana also promotes symbolic shrinking.

Starving begets exhaustion, drains the energy necessary for anything more than plotting to further reduce oneself. The resulting disengagement from the public sphere aligns with a culturally idealized femininity, with the “Madonna” in the Madonna-whore dichotomy. Misogyny litters incel discourse, where allusions to women’s inhumanity commingle with proclamations of incels’ own “subhumanity.” Though incels target all women, fat women face particular scrutiny—incels viciously dehumanize them even as they bemoan their own perceived undesirability. That women outside incels’ narrow definition of beauty maintain joy and dignity is seen as proof of the world’s fundamental unfairness, thereby justifying acute hatred. This reflects broader trends in misogynist fatphobia online: In her 2020 book, Credible Threat: Attacks Against Women Online and the Future of Democracy, sociologist Sarah Sobieraj notes that gender-noncompliant women—including those “who have the audacity to be both overweight and body positive”—are subject to especially caustic harassment online.

Incels’ dehumanization of fat women can’t be fully disentangled from the “reverse thinspo” videos I encountered years ago—longstanding misogynist cultural narratives play into the rhetoric of both. Thirteen years after first experiencing a restrictive-eating disorder, I know the power these disorders have over the lives of girls and women. According to the National Eating Disorders Association, people between the ages of 15 and 24 with anorexia are 10 times more likely to die than their same-aged peers. I’m still disappointed by persistent failures to perceive eating disorders, fatphobia, and negative body image as real dangers capable of real harm. From a 1992 stand-up routine diminishing the severity of restrictive-eating disorders to a 2013 listicle encouraging men to date women with these conditions, deep-rooted cultural narratives trivialize restrictive-eating disorders, assuming they can easily be overcome. Similar misunderstandings of harmful incel discourse are fueled by assertions that incel content is rooted in “edgy,” ironic humor instead of genuine hatred.

Both assumptions perpetuate harm: Maintaining a thin ideal disempowers all women, regardless of eating-disorder history or body size, while incel rhetoric breeds hatred for women, people of color, other men, and incels themselves. In Culture Warlords: My Journey Into the Dark Web of White Supremacy, Talia Lavin considers the mutually reinforcing nature of misogyny and white supremacism online, where hatreds coalesce into indistinguishable, profound resentment: Just as “misogyny was a natural outcome of indoctrination into white supremacy,” so too could “radicalized misogyny” lead “straight into the arms of white supremacy.” Incels’ reliance on themes of “degeneracy,” genetic inferiority, and “subhumanity” parallels rhetoric employed by eugenicists, Nazis, and contemporary white supremacists. It’s easy to dismiss these communities as laughably unreasonable, their extremity diminishing the potential for harm. It’s harder to look at them for what they are: end points along paths of increasing extremity, pits at the bottom of virtual rabbit holes drawing impressionable minds downward into hate for themselves and others. Their content is destructive, illuminating the worst aspects of widely accepted social norms, taking cultural phenomena often left unsaid and amplifying them. To disregard the threats extremist rhetoric and related implicit biases pose to our collective well-being is to tacitly accept the perpetuation of both.

Read this Next: Wake–Up Call 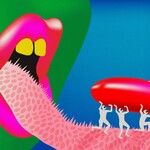 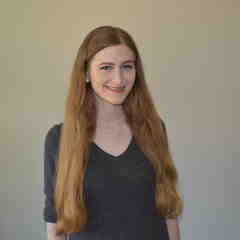 Katherine is a Sociology PhD student at the University of North Carolina at Chapel Hill. She studies gender, masculinity, language, and media. Her current research looks at discourse and rhetoric from misogynist online communities.