“Promising Young Woman” Aims to Redeem the Rape-Revenge Tale. Does It? 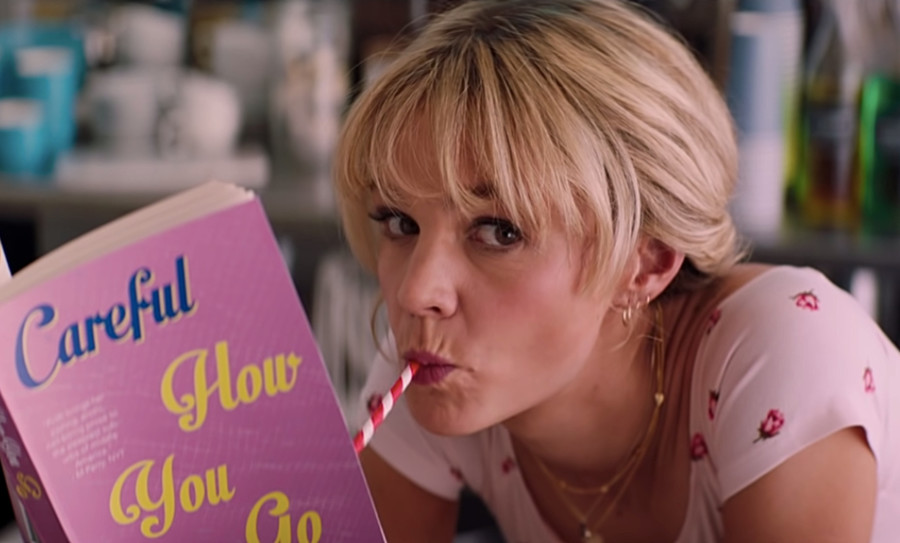 Emerald Fennell’s Sundance smash Promising Young Woman tells the story of Cassie (Carey Mulligan), a woman who drops out of medical school after her best friend Nina dies by suicide. Nina, who was raped by one of the most popular men in their class, wasn’t believed when she came forward about what happened to her; the film kicks off in the years since this tragedy. Cassie has actively shaped her life so that she can focus all her energy on avenging Nina. When she isn’t plotting revenge on her former classmates, who contributed to the culture of disbelief surrounding Nina’s rape, Cassie spends her nights going to bars and pretending to be drunk. When a man inevitably tries to take her home and take advantage of her, Cassie reveals her sobriety before launching into a lecture about the necessity of consent and the evils of rape culture.

Cassie’s character is essentially a reimagining of Rob Thomas’s Veronica Mars (Kristen Bell), the titular protagonist in the popular teen series that told the story of a teenage rape survivor who abandoned her old life as a popular girl to become a teen sleuth, solving the mystery of her best friend’s death as well as that of her own rape. Mars forgoes meaningful connections in her life, stops worrying about her future, and instead self-isolates, allowing herself to constantly simmer in rage over injustice. She never goes to therapy or asks for emotional support for her trauma. She sustains herself on  a constant simmering rage for justice. For both Veronica and Cassie, being a survivor means forgoing personhood in order to become a blunt instrument for justice. Despite noble achievements in storytelling, it’s difficult to categorize these images as inherently hopeful. How are Cassie and Veronica winning against rapists when they lose their identity and love for life in the process? How, exactly, are they surviving?

I don’t ask these questions to write these heroines off; instead, I’m asking: Is there a “good” way to craft a rape-revenge story? When you take into consideration that everyone’s trauma is different, and that coping mechanisms vary based on age, background, mental state, and dozens of other factors, it’s hard to say that any film that portrays a survivor fighting back can be altogether terrible or altogether good. Much like superhero movies, rape-revenge stories like that of Promising Young Woman always have a clear hero and villain. And aside from the scenes of the assault itself, these stories are relatively straightforward with their storytelling: Bad Guys hurt someone brutally and graphically, and then The Hero rises up to avenge the dead or defiled; sometimes it’s the victim themself or a patriarchal figure gathering his masculinity for a righteous rampage.

They’re essentially slasher movies—once you catch onto the formula, the viewing experience becomes ritualistic. You can fill an auditorium quickly with films like Ms. 45, The Last House on the Left, and the original Death Wish. In recent decades, audiences have become desensitized to rape stories, provided they end with more socially acceptable violence and a simple eye-for-an-eye moral code. These films were never seen as profound for their subject matter—they were simply top-tier violent entertainment. But in the wake of the #MeToo movement, new films and television shows tackling sexual assault have been lauded for changing the rape-revenge formula and questioning what justice for survivors could actually look like onscreen.

Films like Revenge (2017) and Holiday (2018) have been rightly applauded for their female-focused storytelling and subversive pulp style. The first seasons of Jessica Jones and The Handmaid’s Tale were heralded as thoughtful and mature portraits of women dealing with the trauma of losing their bodily autonomy to patriarchal figures and systems. And yet, the rape-revenge formula has been in flux since its birth in the ’70s, and these changes have often coincided with inevitable shifts in morality and popular culture. In 1988, The Accused came along, bringing the legal struggles of survivors to the forefront of the narrative, making the rape-revenge films that came before it culturally obsolete. Then came the ’90s and early 2000s, a media era seemingly defined by the dual fetishization and fear of young women and girls. The media coverage of 16-year-old Amy Fisher’s supposed “affair” with a man 40 years her senior (and the resulting shooting of his wife) and the release of Katt Shea’s Poison Ivy in 1992 gave rise to images of vulnerable young women as master manipulators, taking advantage of grown men who might otherwise have been seen as predators.

With The Crush (1993), Election (1999), and all the Poison Ivy sequels and knockoffs like Hard Candy (2005) and Pretty Persuasion (2005), media transformed abuse victims into cunning perpetrators of violence in their own right. That era in sexist film paved the way for the return of rape-revenge stories, giving us films like Teeth (2007), which asks the question: What if every man is capable of evil? Then, more than a decade later, Sophia Takal’s underrated 2019 Black Christmas reboot expanded on that question by not just taking aim at rapists but taking aim at patriarchy as a whole, highlighting the way it functions to facilitate and protect male brutality. When compared to Black Christmas, Promising Young Woman feels oddly retrograde, leaning on images of scheming young waifs who willingly forgo their lives for small, isolated victories. In the film, Cassie repeatedly puts herself in harm’s way simply for the opportunity to give a random man a lecture at the end of the night. Though her mission’s important, she’s still going to men’s houses in the middle of the night without informing anyone or guaranteeing she’ll have an escape plan.

Rape is a systemic issue with an entire culture designed to protect it— so how fresh can a one-woman-against-the-world narrative actually be?

This danger becomes even more apparent once she actually tracks down Nina’s rapist and confronts him. But before she does so, Nina’s mother (played wonderfully by Molly Shannon) tells her directly to stop her pursuit of revenge, suggesting that Cassie living her own life would be the best testament to Nina’s memory. But Cassie doesn’t want to be a survivor; she wants danger more than anything else, maybe even more than revenge. And after the scene with her mother, I found myself actively feeling sorry for Cassie. She’s not actually interested in trying to change the culture around her. She’s already given up on everyone. Now that we know that rape is a systemic issue with an entire culture designed to protect it, how fresh can a one-woman-against-the-world narrative actually be?

In these difficult times, it’s understandable that some consumers want pop culture to be a transcendent symbol of a social and cultural shift that benefits survivors. And while I agree that moments—like Harvey Weinstein being convicted of first-degree criminal sexual act and third-degree rape and sentenced to 23 years—are cause for celebration, films like Promising Young Woman are susceptible to the same limitations of the commercial girl-power-lite narratives that came before it. Promising Young Woman is a fascinating indictment of the way institutions protect predators, but it’s also glaringly simplistic in its navigation of justice and retribution, leaning on a vigilante narrative with a palpable sense of fatalism. Promising Young Woman isn’t a film about beating the system; it’s the pessimistic tale of a martyr who’s willing to sacrifice her body and mind for a small victory. Ultimately, Fennell’s debut is a noble effort weakened by a short-sighted adherence to old ideas of crime and punishment.