Netflix Is Complicating Our Understanding of Teenage Sexuality | Bitch Media

CultureScreenTVteenssexscreen reviewTo All the Boys I've Loved Before 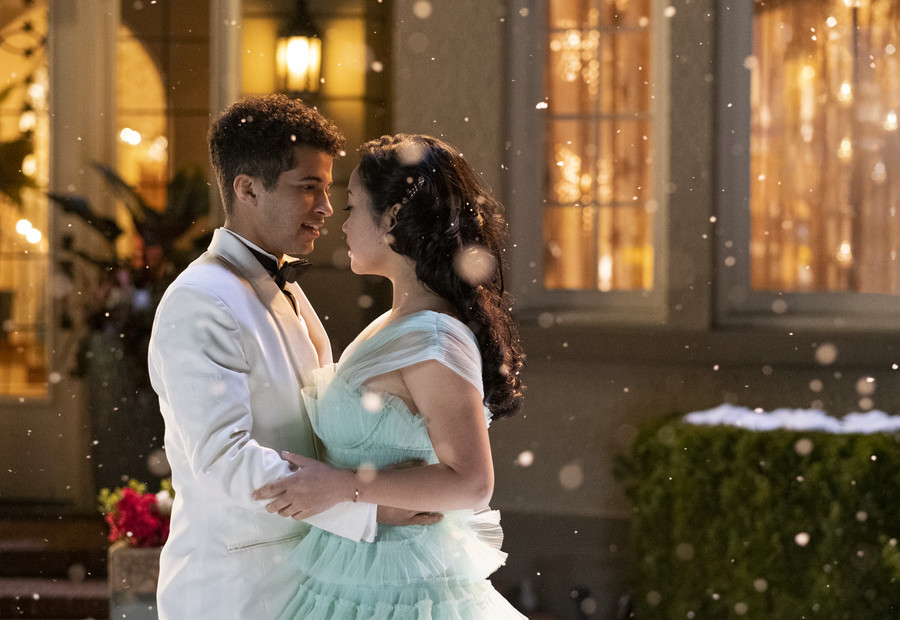 Jordan Fisher as John Ambrose, left, and Lana Condor as Lara Jean in To All the Boys: P.S. I Still Love You (Photo credit: Bettina Strauss/Netflix)

When To All the Boys: P.S. I Still Love You premiered on Netflix on February 12, Lara Jean’s (Lana Condor) relationship status once again ignited Twitter feuds among the movie’s devoted fanbase, who defended their One True Pairing (OTP) with the hashtags #TeamPeter and #TeamJohnAmbrose. The romance Jenny Han introduced in her 2015 novel P.S. I Still Love You, which is what the Netflix film is based on, will be familiar to any young-adult novel enthusiast: an inexperienced heroine finds herself ensnared in a love triangle with two charming but wildly different romantic prospects. While P.S. I Still Love You explores the sexuality of Lara Jean, much like other YA classics that came before it, the film also offers a refreshing break from similar teenage romance stories (like Cassandra Clare’s The Mortal Instruments series and Netflix’s 2019 adaptation of Anna Todd’s 2014 novel After) that use the lead up to a young protagonist’s “first time” to send them through both emotional and psychological turmoil.

Rather than muddying Lara Jean’s sexual curiosity with a male-driven shame, P.S. I Still Love You forgoes those outworn stigmas in favor of a more realistic approach. While Han’s books balance innocence and uncomplicated sweetness, they also underline a simplistic truth that’s often overlooked by media geared toward teens: Young girls don’t have to suffer in order to embrace the pleasure of sexual relationships. P.S. I Still Love You delves into the concepts of firsts—particularly how to come to terms when we aren’t a romantic interest’s first sexual partner and how to handle feeling as if we’re not developing as quickly as other teens are. In the movie, Lara Jean develops anxiety about her new boyfriend Peter’s (Noah Centineo) sexual history with his ex-girlfriend Gen (Emilija Baranac).

Such anxiety is normal in life, but unlike other YA narratives, P.S. I Still Love You forgoes the dramatics often associated with complicated sexual relationships between teenagers. There’s no insistence on Peter being admonished or guilted into feeling shame for having had sex before starting a relationship with Lara Jean. Onscreen, Lara Jean expresses her anxieties over Peter’s connection with Gen, but she’s also empathetic toward Gen. There’s no calling Gen a “slut” or a “mistake,” making it possible for the film to depict healthy discussions about what teenagers should expect during sex and how to physically and emotionally prepare for their first time.

P.S. I Still Love You fits nicely among Netflix’s other teen-focused TV shows and films, including Sex Education and Big Mouth, which feature healthy, explorative conversations about sex and the awkward, gritty, and hilarious elements associated with coming of age. Netflix’s offerings directly juxtapose the overtly glamorized and absurd story lines that have long dominated cable’s teen dramas (yes, this is me calling out Riverdale’s striptease gang initiation for 16-year-old girls). By nixing toxicity and drama in exchange for whimsy and nostalgia, the To All the Boys films rethink the elements of a compelling teen romance. Unlike in some of their famous predecessors, such as John Green’s 2012 novel The Fault in Our Stars, which became a film in 2014 and situates sex as a means to feel alive, they don’t imply a lot of hidden meaning behind teenage curiosity and lust.

There’s no parental shaming in P.S. I Still Love You; Lara Jean’s dad openly talks to her about safe sex and even gifts her condoms. There’s no convoluted murder mystery drawing people together, as is the case in Pretty Little Liars. Lara Jean and Peter are simply young people navigating their attraction to one another, questioning the mechanics of being intimate, and fretting about the right time to explore a physical connection. Oftentimes, teen screen dramas, like their literary counterparts, race into story lines about sex because they’re looking to liberate their female characters. like the titular character Alaska Young (Kristine Froseth) in Green’s 2005 book Looking for Alaska, which Hulu adapted into a TV series in 2019. Young’s adolescence is conflated with an eagerness to discuss the awkward and appealing elements of sex and teasing, but her character is frustratingly used as a tool to encourage each male character’s self-reflection and growth.

YA television also commonly uses female sexuality to drive the plot forward. For instance, through The Vampire Diaries’ run, Caroline (Candice King) and Elena (Nina Dobrev) are nervous about being intimate, though the show implies that Elena has previously had sex. The off-camera suggestions of sex still allow for them to appear pure and innocent, as they giggle and gossip with each other about the sexiness of the male leads. But once each girl has sex with another character onscreen, the giddiness and shyness is completely eliminated, freeing them to use sex as a means to establish new story lines and relationships. While YA has the potential to grapple with sophisticated themes, the boundaries of realistic and representational dialogues are becoming increasingly blurrier as books and TV shows struggle to depict the conversations teenage girls have with themselves and their friends about “the first time.”

While YA has the potential to grapple with sophisticated themes, the boundaries of realistic and representational dialogues are becoming increasingly blurrier as books and TV shows struggle to depict the conversations teenage girls have with themselves and their friends about “the first time.”

For instance, Gossip Girl, which aired on the CW from 2007 to 2012, used  first-time narratives as a device to enact revenge, mark territory, or extend social scandal among its female characters. In the first season, Serena van der Woodsen (Blake Lively) has sex with her best friend’s boyfriend, Nate Archibald (Chace Crawford), and then skips town. Two seasons later, Nate admonishes Serena for not caring more about protecting her 15-year-old stepsister, Jenny Humphrey (Taylor Momsen), from sex, claiming “the first time might not have meant a lot to you, but it did to me.” Nate’s callout positions Serena as dismissively callous when in it comes to sex, all the while the men on the show are fixated on Jenny’s virginity, vowing to either have sex with her or prevent her from having sex. Gossip Girl exemplifies a dangerous precedent that has continued to drive teen dramas: Girls who can’t control their desires need boys who will hold them to a high purity standard.

Though teen dramas claim to empower girls, toxic patterns prevent their characters from fulfilling their potential: Female protagonists are often required to seek forgiveness after having sex for the first time. Jenny loses her virginity at the end of Season 3, after dodging a number of “unworthy” suitors. After being disowned by her family and left homeless, she has sex with Chuck (Ed Westwick), the same boy who attempted to assault her in the pilot episode. Her postsex breakdown reiterates the YA commonality of girls feeling shame and regret after having sex: “I thought it would be with someone special,” she gasps in between sobs. In stark contrast to shows like Gossip Girl, the To All the Boys series effuses sensitivity and balance. Lara Jean’s questions and juvenile crushes aren’t too bubblegum for teen audiences, and her directness rebukes the belief that sexual awakenings are a dramatic process for teen girls.

While some viewers hope that Lara Jean and Peter are endgame, that expectation doesn’t guide their conversations with sex. Peter is neither turned on by Lara Jean’s virgin status nor interested in protecting her virtue à la Edward Cullen (Robert Pattinson) in the Twilight saga. Of course, Lara Jean is fearful and insecure because she’s measuring her own readiness against other teens, but it’s a dilemma she eventually comes to terms with. She awkwardly uses cliff jumping and eating an ice cream sandwich as sex metaphors, which highlights her inexperience and opens up a lighthearted conversation between her and Peter. While Peter responds to her nervous ramblings with, “When you’re ready, I would love to go cliff jumping with you,” it’s clear that sex between them isn’t a finality. It can happen as often and for as long as Lara Jean wants it to.

Instead of using virginity story lines to drive the plot or make sweeping statements about characters’ morality, P.S. I Still Love You affords its female characters the emotional and physical space to come to terms with their desires and insecurities. Ultimately, both Lara Jean and Gen get the chance to ask questions and walk away from what doesn’t serve them. Lara Jean eventually breaks things off with Peter, and Gen acknowledges that her relationship with Peter is no longer viable. These teen girls are allowed to be selfish, disappointed, embarrassed, and horny without feeling shame. There are no expectations for them to perform sexual prowess, claim a man as property, or uplift a dated dichotomy of sluts versus virgins. The film is simple, incredibly fun, and cheesy, which is, for the most part, what healthy high school relationships should be. 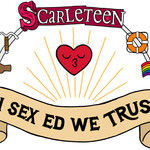 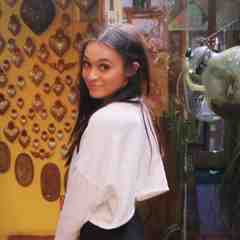 Emily Forney is a YA writer in Arizona who spends too much time at bar trivia, wants the vampire trend to come back, and has accumulated a lot of Twitter nemeses.