Punks Against the Patriarchy | Bitch Media 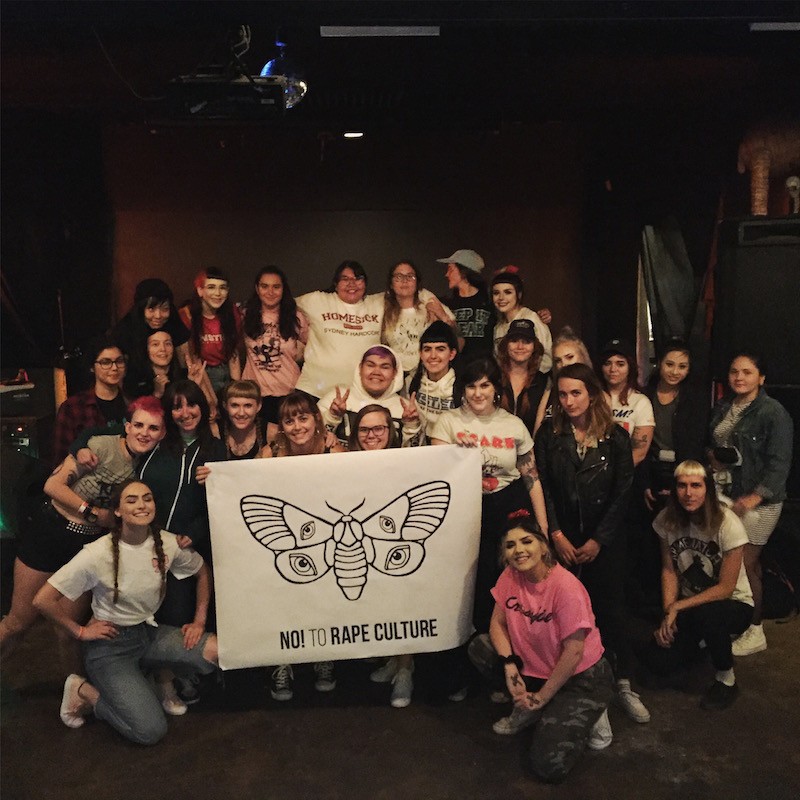 Between bands at a sold-out hardcore show at Portland’s Black Water in September, a crew of femmes gathered where the mosh pit had been moments before. Their T-shirts read like a list of demands:

The feminist punk collective No! to Rape Culture was there to give their community a workshop on sexual consent.  Their mission: to rebuild space for women, femmes and non-binary folks in the hyper-masculine scene from which they’d often been alienated.

Despite its tradition of antioppression politics, punk isn’t immune to misogyny.  “I think punk is just a heightened version of mainstream society now,” said No! to Rape Culture organizer Melanie Joplin. “It’s a caricature almost… a breeding ground for all these things to fester.”   This is a problem in punk scenes large and small—in 2014, for example, Syracuse-based band Perfect Pussy made headlines when they called out their local scene’s plague of  “racist, sexist, rude, self-centered pricks.” Bands like Baltimore-based War on Women and Olympia-based G.L.O.S.S. have also worked to publicly point out misogyny and transmisogyny in punk spaces. This summer, allegations of sexual abuse against hardcore musician Jim Hesketh sparked major discussion in the Pacific Northwest scene. (No charges were filed against Hesketh, and he could not be reached for comment.) Seattle punks responded to the allegations by forming an activist group called No Tolerance for Rape Culture. Inspired by that group, Portland activist folks formed No! to Rape Culture to eliminate sexual assault in the city’s DIY music subcultures.

The new group is focusing on prevention, largely through hosting workshops, tabling at shows, and working to build a positive, inclusive community. Building that community means hosting casual meet-ups for women, genderqueer, and nonbinary folks, like a dinner and strategy session called “Pizza Against the Patriarchy.”  It means booking shows around female-fronted bands. And it means working to be better allies. In November, No! to Rape Culture held a workshop called “Pass the Mic: Power, Privilege, and Punk in Action” which was aimed at promoting allyship with queer folks, people of color, and women in the punk scene. “We want to make sure people understand… what actions they can do differently [and] how they can hold their friends accountable,” said La Tisha Rico, who creates the zine XGRRRLX and spoke at the workshop. “Ultimately, your social circle will be the people who tell you what is right and wrong.” Melanie Joplin puts it a bit more frankly, saying that a key part of ending rape culture is getting cisgender men to roll up their sleeves to change their community,  “You need to teach these other dudes not to be shitty.” 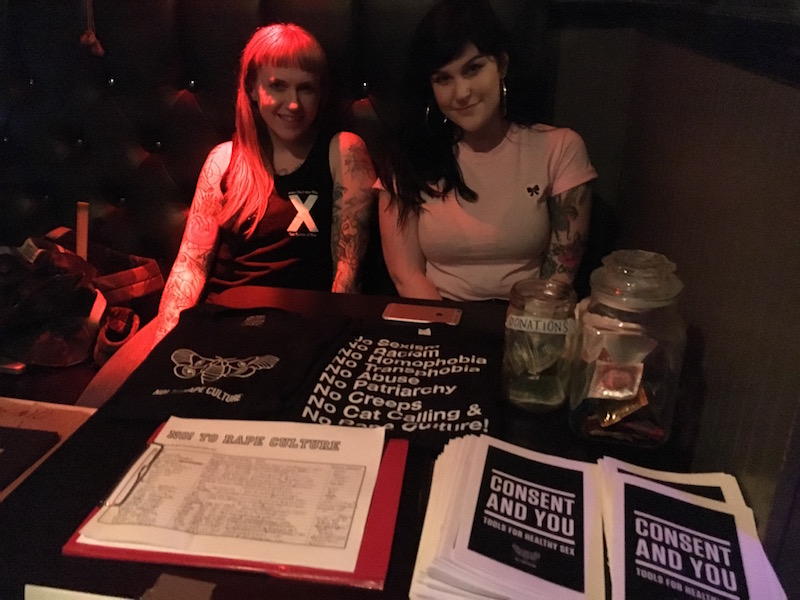 Microaggressions in the music scene can take the form of being “punk checked” on band stats to prove your legitimacy, being mistaken for a bartender instead of a sound tech, being asked to be a “coat rack” to hold stuff while your date moshes.  These examples of everyday sexism can feed into dangerous dynamics.

Hardcore’s all-ages emphasis means many women and femmes get involved as minors, sometimes finding themselves preyed upon by adult men. “It’s flattering to have older men pay attention to you, and you don’t realize how fucked up it is that a dude in his late 20s or 30s is trying to sleep with you and you’re half his age,” said Stacey Spencer, drummer for the band Longclaw.  When word of sexual misconduct spreads, many men have been unwilling to do the emotional labor of calling it out.  Emma Boster, vocalist for the band Trust Issues, said she’d heard men practically brag that they’d known so-and-so was sketchy: “It’s basically ‘I told you so,’ but they never came forward and said anything… you are perpetuating the perpetrator in that situation.”

By tabling at shows, organizers hope they’re helping people feel safer and more welcome with their presence alone.  Punk is for everyone. Women, femmes and non-binary folks aren’t tokens or accessories but legitimate artists and fans who deserve the music they love. “Let’s be real,” said Boster. “I can’t be in the normal world without hardcore.”

Hence her parting words: “See you in the pit.” 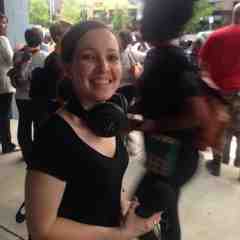 Jenn Chavez is a radio journalist and writer based in Portland, OR.  She hosts and produces the news radio show The Five Quadrants of Portland on XRAY FM, covering local issues affecting underrepresented communities.  She can be followed on Twitter.

Relevant: The Link Between Oil Pipelines and Sexual Assault 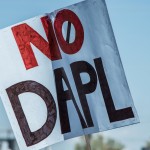 by Sarah Mirk
An infographic shows how Native women face high rates of sexual assault, even as their lands are mined for oil.