Purity in a Trumped-Up WorldA Conversation with Alexis Shotwell 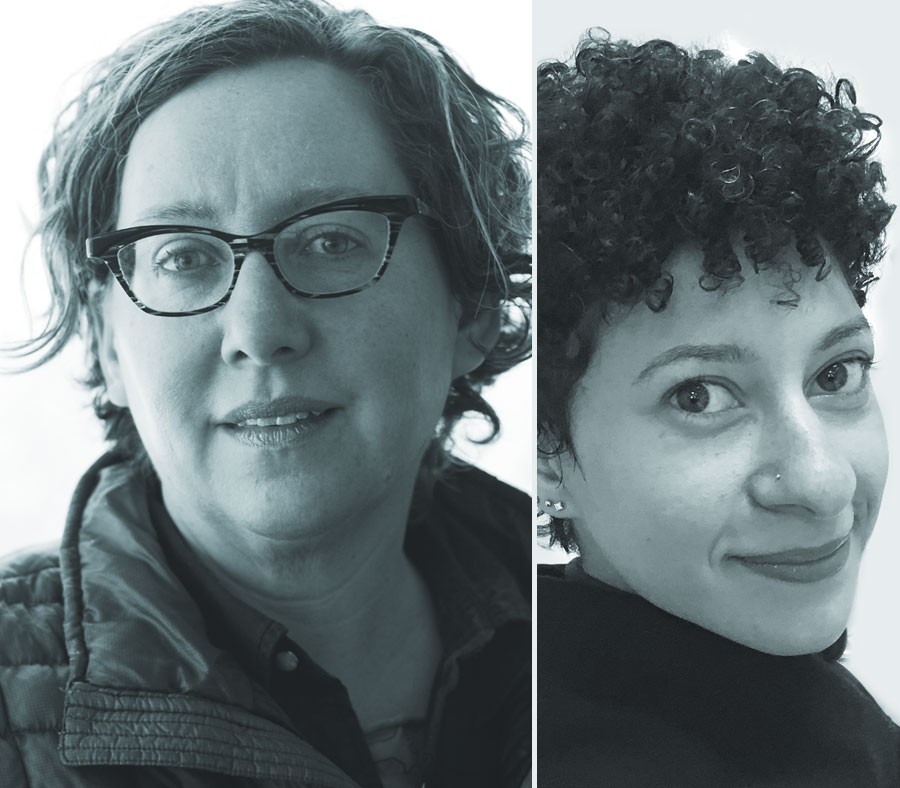 I first met Carleton University Associate Professor of Sociology, Anthropology, and Philosophy Alexis Shotwell at University of California, Santa Cruz, where she was a PhD student in History of Consciousness and I was a PhD student in Astronomy and Astrophysics. Sadly, it’s somewhat unusual for people in our respective fields of study to cross paths, much less build lasting friendships, but we managed to begin one through a shared commitment to graduate student labor organizing and, more broadly, social justice. In the 13 years since we first met, Shotwell has continued to build in solidarity with grassroots movements while establishing herself as a critical interlocutor in feminist philosophy.

During that same time, I went from being someone who thought philosophy was for philosophers to being someone who thinks that philosophy has a meaningful relevance to everyday life. Shotwell is one of the reasons my view changed: Her work helped me see the connection between philosophy and grassroots organizing, and how the one can inform the other. Her recent book, Against Purity: Living Ethically in Compromised Times, urges us to think productively about engaging not with our ideal world but with the one we actually live in with real implications for conversations about free speech, safe spaces, coalition organizing across racial lines, and confronting an irreversibly altered planet. It is the perfect read post 2016 election. The following is an edited version of our e-mail correspondence about purity in a Trumped-up world.

What are the ideas that drive Against Purity? How did you come to the conclusion that this was a work you needed to write?

I wrote this book with an urgency that I still don’t understand. The main impetus was looking at climate change, colonialism, the ongoing murders of Black people by police, and other big social harms, and seeing a lot of people retreating when we began to understand how bad and huge and complex the problems that we’re up against are. There’s a lot of freezing up when people realize how complicit we are in those problems, how some of us benefit from things that we also hate, or how we’ve really messed up in the past. So a big part of it was feeling that we need some ways to imagine how we can keep working on things even when we realize that we can’t solve problems alone, and that we’re not innocent. White middle-class people in particular have a tendency to want to be perfect, and that’s [at the root] of white fragility and an inability to take criticism. I’m interested in how we might start from the understanding that we’re already compromised.

You’re conscientious about citing works that inspired the stance you take in the book. There’s a kind of refreshing balance between developing one’s own ideas and giving credit to the thinkers who helped generate your thought process. How do you think about ownership in an epistemological context? When is it valuable and when is it harmful?

I’m devoted to what Angela Davis [calls] the politics of citation—the understanding that we’re all always entering into a conversation that was going on for a long time before we arrived. How we understand the world is about our histories, which also shape what we think is important. Asking epistemological questions means asking who gets credit, who gets believed, whose understanding of reality is taken seriously.

Generally, people who are the most affected by social relations of oppression have the best analysis of the world they live in, as a matter of survival. And those are the people who can collectively set meaningful priorities for social movements and generate better understandings of what we should do to make this a more livable world. Too much of the time, academics steal that thinking, or just get credit for ideas that actually came from movements.

So it’s good to examine this question of how ownership is involved in knowledge. Sometimes people should be understood as owning their knowledge of the world—[for instance] Indigenous people shouldn’t be expected to share their ceremony or medicine. Other times knowledge needs to be freed. It’s ridiculous that there is so much held behind paywalls of proprietary academic journals, for example.

Against Purity is in some sense about tension. How do we work productively with the tension of potentially harmful imperfection while understanding that perfection is unattainable? As a white North American, how did you try to respond to that?

I thought about this question a lot while writing this book. The responsibilities and the benefits of harm are not evenly distributed; people are being hurt and killed so that some North Americans have cheaper clothing, or cheaper gas, or cheaper food. Sometimes I feel as though rich white people are trying to suck the life out of the world, in part through an obsession with being personally shielded from poison and violence. Frankly, I wrote this book with an audience in mind of people who benefit from relative privilege, who I think have more responsibility to not let those dynamics stay invisible.

Your first chapter looks at how ideas of racial purity have impacted Indigenous peoples. There’s a long discussion of blood quanta and how Indigenous women in particular have responded to this concept. How do you see this discussion coming into dialogue with Black Lives Matter?

These things are completely connected: Indigenous sovereignty, decolonization, and Black liberation rely on one another. An awful lot of racist repression has been accomplished through purity discourse—around blood quantum in particular—but also through social and economic segregation. The movement for Black lives is one of the best incubators for living beautiful, good lives and [having] the capacity to imagine other worlds. Black Lives Matter is connected to the long history of Black freedom struggles on this continent and around the world, and to the everyday work to dream into being a world without prisons, poverty, borders, and war.

The other tension in the book is between grassroots organizing and theoretical work in the academy. What should that dynamic look like?

This [brings us] back to the question about citation, [about] not extracting the energy and work of organizing without acknowledging it. We can do academic work with an eye toward being of use for organizing, either directly or through supporting students and fellow workers on campuses. But I’m also committed to the academy not always being directly or obviously useful! I love reading interesting things that people have figured out about huge swathes of the world that I have no idea about, and I love it that there are people researching things that I’ll never be able to learn about.

The world is so dense and wonderful. Maybe that sustains organizing work, too. I would love us to take more pleasure in academic work and to create more joy from it. I myself struggle with loving to do and read theoretical work, and having this philosophy background and not always being sure that it’s worth all the time and energy. And then I reflect on how much I am committed to poetry and dance and fiction and music and television and movies as ways that we explain the world to ourselves; I think theory can have a place there, too.

Did you experiment with the ideas in the book yourself as you were writing? Did the process of fleshing out your ideas change the choices you were making in your everyday life? Did it affect how you asked for critiques?

The main thing that happened was that I started to think more about forgiveness—being easier on myself and others—as a politically and personally generative stance. Part of that is not giving up on working on things even when I mess up, which I do, a lot. And in addition to that, I’ve been thinking about what it means to recognize that it’s not possible to do everything, or to do anything perfectly, but that we can still do our best.

Your discussion of purity and veganism made me wonder about anthropocentric ideas about intelligence and how that affects our purity politics around food. Are plants intelligent? Do we have a different ethical responsibility to cows than to trees? Is our natural bifurcation of plant and animal life a kind of purity politics?

Drawing the line around what deserves our ethical regard based on some idea of intelligence or cognitive capacity is for sure a purity move, one that deploys a long history [of] rationality defined against race, and disability, and gender. So if we take sentience as the baseline, we should remember that that baseline has been used against other beings in really messed up ways. I eat vegan, which is why I think so much about why veganism is impossible. Purity is impossible!

But it’s precisely because perfect ethicality is impossible that it’s so demanding and interesting. If there’s no preset line between what deserves to be treated well and what we can use or destroy, we have to ask why we’re doing one thing and not another. Recognizing that we have different ethical responsibilities to plants, mammals, ecosystems, maybe planets, means that what we [choose to] do is an interesting political question. Our ethics are political, and that’s one reason why they’re impure and a work in progress.

There are a lot of people who are now saying that with better tools we can understand plant (or forest, or ecosystem) consciousness and expand the “subject of a life” category to include plants. I think we could take a different approach, which is to not equalize the differences but instead ask what flourishing looks like for all the different kinds of beings and ecosystems we’re connected to. How can we cultivate responsibility for things we can’t directly perceive? Flourishing will be different for various plants and animals, to say nothing of microbes, and we who have the capacity to respond ethically will then be in the position of making decisions about whose life we prioritize, and how.

The word “purity” often brings “puritanical” to mind. Do you see your work as pushing back against the American puritanical traditions that make their way into activist work?

American puritanism is a problem! It’s where we get a lot of the ideas that work is virtuous, that we can be individually pure, and that people deserve the things that happen to them because it indicates whether they’re right with their Lord. An awful lot of self-righteousness in activist spaces is about taking received precepts of activism as though they’re religious orders rather than recipes for making collective change. This is the only actual problem with political correctness—thinking that we can personally get something correct. We would do so much better to start from traditions of mutuality and messiness. 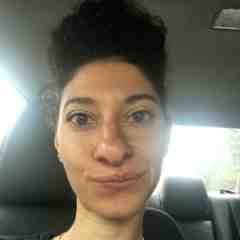 Relevant: The Failure of White Feminism 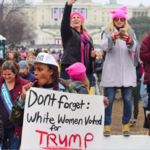 by Tamara Winfrey-Harris
The triumph of President-elect Donald Trump represents the failure of many things. One of them is white feminism.