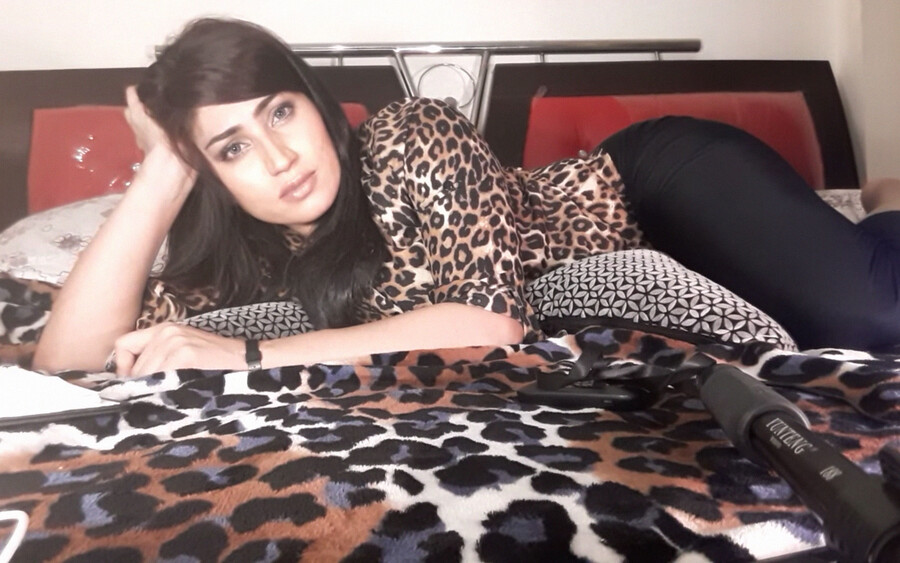 Four years ago, Qandeel Baloch, a 26-year-old female entertainer from Pakistan who posted sexually and politically assertive content on social media, divided South Asia. While some South Asians supported her, others were critical of her blunt approach to discussing these hot-button issues. Baloch, who was wrongly labeled “Pakistan’s Kim Kardashian,” had built a successful platform, accruing hundreds of thousands of followers on social media and securing millions of views on her videos. These videos ranged from her singing and lip-synching to Dubsmash (a TikTok-like app) to flirtatiously talking with her “horny” fans about mundane things like not being able to sleep.

By 2016, her content had become more explicitly political: When a Pakistani province banned Valentine’s Day celebrations—as right-wing South Asian groups are wont to do—President Mamnoon Hussain also urged people to not celebrate the Western holiday. Baloch defied this directive, releasing a video of herself in a silk dress that climbed up her thighs, wishing her followers a happy Valentine’s Day, and calling such politicians idiots for attempting to stop people from publicly loving one another. Baloch also routinely called out her fellow country-people’s casual sexism, bigotry, and show of piety. (“If you’re so pious, why are you watching my videos?” she asked in a video. “Can’t sleep without watching some porn, and you’re here lecturing me?”)

Baloch’s rising profile came to a shocking end in 2016, when she was found dead in her parents’ home. In A Woman Like Her: The Story Behind the Honor Killing of a Social Media Star, published in January 2020, Pakistani journalist Sanam Maher revealed how an entire country colluded to murder Baloch and then cover it up. Though Baloch’s younger brother, Muhammad Waseem Azeem, is the only person who has been convicted of murder, he’s only a symptom of the larger misogynist culture that killed Baloch. (Waseem was sentenced to life in prison in 2019.) As Maher discovered, Baloch was murdered because she defied so many of her country’s patriarchal customs, which her brother believed “robbed” his family of their honor. “I wasn’t born to be worth less than some man’s shoes,” Baloch said during a 2016 interview with 24 News.

This simple, self-respecting thought is considered radical in countries like Pakistan, where women have to borrow a man’s name, whether it’s their father’s, brother’s, or husband’s, to legally exist. This puts women like Baloch in a perilous position: If those same men feel dishonored by her conduct, she can be shot, bundled into a stone-filled bag, and thrown into the nearest canal. (This subject matter was the focus of A Girl in the River: The Price of Forgiveness, Sharmeen Obaid-Chinoy’s 2015 Academy Award-winning short documentary about honor killings in Pakistan.) As Maher notes, 933 women and men were killed for “honor” in Pakistan in 2015, though the number could be much higher given the fact that “many honor crimes are not reported.” She further explains that, “The victims [of honor killings] are often believed to have broken a code that their community or family lives by, and their ‘crimes’ can include anything from chatting with a member of the opposite sex on a cell phone or marrying someone of their own free will rather than having a marriage arranged by their parents.”

This “honor” code holds primacy over all else, even the illegal act of murder: As a local journalist in Baloch’s province told Maher, “The law can be broken but we can never break the rules of our culture. To break the law is nothing at all. These laws can be written and rewritten. But the rules of our culture have been around for centuries.” When Baloch (which is Arabic for light), started building a brand on social media in 2011, she dropped her birth name Fouzia Azeem—along with her conservative dress of hijab—in an attempt to buy anonymity and distance herself from the unshakable standards of morality women are beholden to in the tribe and village she was raised in. As Baloch, she could break all the rules and push the boundaries of her culture, but once her true identity was revealed, she had to be punished for not only ruining her family’s “honor” but for also challenging social norms. Three patriarchal powers rule Pakistan: Islam, cricket, and the military. By simply existing, Baloch challenged nearly all of the dominant facets of Pakistani life.

Four days before her death, she tweeted “#MalalaDay. Why? Because one female can make a difference,” in honor of Malala Yousafzai’s birthday. Yousafzai, the youngest Nobel laureate, was riding home on a school bus when she was shot by a Taliban gunman in Pakistan in 2012. Baloch disturbed the norms that determine what clothing, speech, and behavior is considered acceptable for South Asian women. Even people who wanted Waseem to be prosecuted for the murder blamed Baloch for her own death. “To make [Baloch] a role model for young girls is very wrong,” Attiya Jaffrey, the investigator in charge of Baloch’s case, told Maher. “Look, Benazir Bhutto [former Pakistan Prime Minister who was assassinated in 2007] is a role model. She integrated with her society. Did you ever see the dupatta [fabric worn by many South Asian women to cover chest and head] fall from her head?….We need to consider our society, our religion, and a modern way of life equally.” But what makes a hero in patriarchal cultures?

In 2009, when Baloch was 18, she left the abusive husband she’d been forced to marry: “I need to make my own life,” Baloch said at the women’s shelter she fled to with her son. It’s an uncommon feat for women, especially in Pakistan, to separate from their abusive husbands—referred to as khula in Islam—and escape with their lives. Baloch had to move from place to place and job to job until she was able to assume a new identity as the “daughter of a huge landlord” and settle in Karachi, the capital of the Pakistani province of Sindh. Assuming this persona increased Baloch’s visibility on social media and people started drawing comparisons between her and Kardashian, though she didn’t have anywhere near the same level of class privilege and protection. Before Baloch began breaking the internet in 2015, she got some attention for bit parts on reality TV shows.

Her 2013 audition video for Pakistan Idol went viral, and thanks to the subsequent arrival of 3G and 4G, Pakistan’s social-media users rapidly increased to 44 million by 2017, she attracted an even broader audience. Baloch’s controversial public profile reached a fever pitch in March 2016 when she promised to strip on Facebook for Pakistani cricket-team captain Shahid Afridi if the team defeated their Indian opponents. In her strip-dance promo, she swayed atop the bed in a bikini. Facebook suspended her page, which had about 700,000 followers, after people mass reported it. Furious TV debates and cyber abuse quickly followed. Maher dedicates a whole chapter to the inability of the country’s cyber-security agency to protect Pakistani women against cyber violence, which is evidenced by the death threats and sexual assault that Baloch sustained.

“Now it’s a fight between me and the public,” Baloch said after her Facebook account was suspended. The storm grew stronger when Baloch accused Abdul Qavi, a velveteen-karakul-hat-wearing, TV-darling cleric, of attempting to sexually assault her in a hotel room. Many people refused to believe Baloch’s allegations because there’s still a misogynistic correlation between clothing choices and consent. Nevertheless, the cleric was stripped of the important positions he held both in a religious organization and in a major political party. “We’ll have her [Baloch] picked up…and then just see what we do to her,” Qavi told Maher his supporters told him; the cleric’s supporters also promised to seek revenge for his admonishment. The police later told Qavi that Baloch’s call logs included thousands of phone calls from numbers registered to people presumed to be affiliated with Qavi or his supporters. “I swear, I’m getting so many threats that peace has left my life,” Baloch pleaded with the Pakistani government in her last press conference.

For women in Pakistan, honor is equal to the amount of service they pay to patriarchy.

She was seeking protection, but instead, personal details about her life that she’d attempted to bury started popping up in the media, courtesy of journalist Malik Azam. Azam even published a high-resolution image of Baloch’s passport, which put her in direct danger. Yet, the bureau chief of Azam’s newspaper, Shaukat Iqbal, still called Baloch “a call girl” in Maher’s book. “No other word for it. I’m sorry to say this, may Allah forgive me, but that’s what she was,” Iqbal continued. All of this played into Baloch’s eventual death. Though Baloch’s father initially supported his son’s prosecution, he later said that his “sons are innocent” and that he was “forced by Mufti Qavi to blame [his] sons” for his daughter’s murder. Even Waseem confirmed that community backlash was integral to his decision to murder his sister: “The media came to our house. That hadn’t happened before,” Waseem said. “She made it a problem and so I did what I did.”

Baloch’s mother also partially blames the media for her daughter’s death, though neither Qavi nor Azam have been convicted for fanning the flames that led to her death. (Qavi was arrested in 2017, thanks to international media attention and pressure. He was acquitted in 2019 and was greeted with a hero’s welcome. Four others were acquitted, including Qavi’s cousin Abdul Basit, who was accused of driving Waseem and his cousin, Haq Nawaz, to and from the site of the murder.) In 2017—a year after Pakistan passed an amendment to its honor-killing law forbidding families from pardoning the killer who’s often another family member—524 people had been killed in similar ways. Actor Saba Qamar was threatened online for portraying Baloch in the 2017 biography TV series, Baaghi. Pakistani actor Mahira Khan was slut-shamed for smoking a cigarette publicly. For women in Pakistan, honor is equal to the amount of service they pay to patriarchy. When Baloch’s mother prepared her daughter’s body for burial, she decorated her hands and feet with henna, a cultural symbol that says the person lived a life of honor—and Baloch did. Any woman who escapes an abusive marriage, forges a new life, and uses their platform to raise awareness about social issues is a woman of honor who deserves to be remembered and praised. 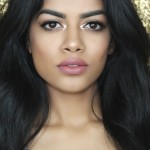 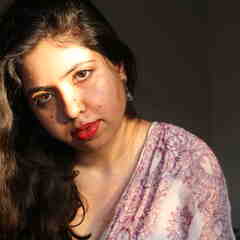 Akshita is an independent multimedia journalist based in New Delhi, India. Writing, reading, filmmaking, cats, kindness, community, bell hooks, and poetry are all she’s driven by. She tweets at @AkshitaNagpal

The Science of Using Yoga to Heal from Trauma

Punks Against the Patriarchy