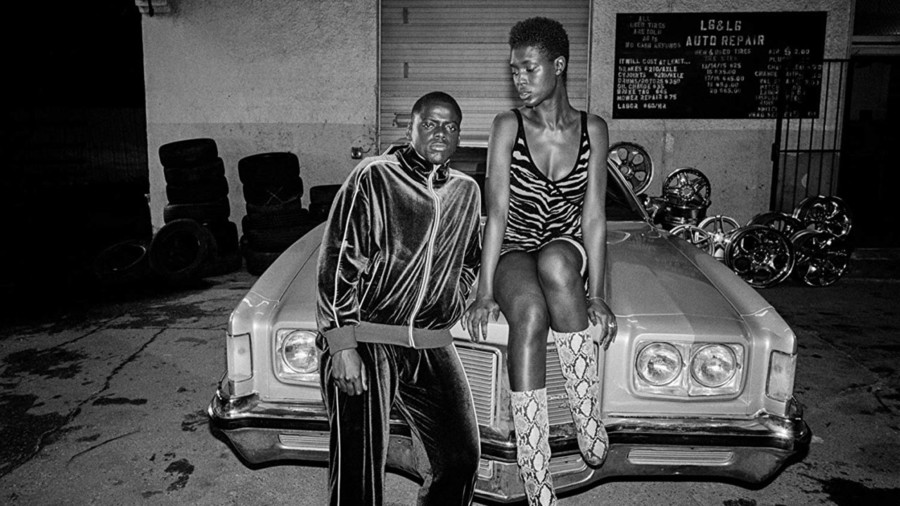 The plot of Queen & Slim looks good on paper: An awkward Tinder date between two young Black people turns into an even more awkward car ride that devolves into an argument—and then into a deadly encounter with an overzealous racist cop. A routine traffic stop becomes quickly hostile, and results in the cop shooting the unnamed young woman (Jodie Turner-Smith), and the young man (Daniel Kaluuya), also unnamed, shooting the cop to protect both his date and himself. These relative strangers flee the scene and hatch a slapdash plan to escape to Cuba, becoming a black Bonnie and Clyde—or, in their case, Queen and Slim—in the process. That’s when their circumstances get a bit thornier: Suddenly, Queen and Slim are figureheads for the ongoing struggle between Black Americans and law enforcement, and the news peg for both national conversation about brutality and an increasingly violent manhunt. Along the way, the duo encounter people, some of them allies and others foes, who all have opinions about what they’ve done—and what they should do next.

Queen is bougie with a sharp tongue and independent spirit while Slim is country and religious with a naturally easygoing nature. Their relationship would make for an interesting opposites-attract story if there were any room for them to speak freely beyond the confines of the film’s larger messaging. Early in the film, Slim asks “Why do Black people always have to be excellent? Why can’t we just be ourselves?” He’s not really looking for an answer from his newfound partner; rather, its dialogue directed toward the audience, signaling to us that the movie’s writer, Lena Waithe, and its director, Melina Matsoukas, are aware of current cultural conversations about policing, and that they want to use this movie’s characters to feign kinship with us. Later in the film, Queen states in voiceover: “It should be a crime to call a Black woman crazy.” Again and again, the dialogue sounds like prose read aloud, with sentiments that would be more effective at the podium or on the stage rather than in a natural conversation between two people whose first date goes wildly awry.

Queen and Slim have nothing in common beyond their Blackness. They don’t have similar interests, shared goals, or a common worldview. Their initial date reveals they don’t even have chemistry; though they’re both obviously beautiful, the air between them is cold, and their antagonistic conversation is guided by Queen’s snobbery. Outside the desperation of their circumstances, there’s no urgency to their coupling. Contrast this with the titular duo of 1967’s Bonnie and Clyde, who share a desire to escape their own lives: Bonnie (Faye Dunaway) knows that being a small-town wife is all that awaits her, and sees Clyde (Warren Beatty) as a way out of a designated fate. But Bonnie also genuinely loves Clyde, and there’s a mutual respect and a clear give and take in their outlaw relationship. Bonnie encourages Clyde to face his fears, throughout the film, specifically his aversion to physical intimacy. Clyde listens intently when Bonnie speaks her mind. And when they die at the end of the film, there’s a distinct feeling that they would’ve been better together if they’d lived.

Bonnie and Clyde are not defined by their situation, the situation is defined by them. It’s who they are that we remember, not their crimes. In contrast, Queen and Slim are thrown together for reasons that are purely systemic, and their subsequent relationship doesn’t feel like destiny (as the film heavily suggests), but rather desperation and pressure to settle for each other. They don’t actually love each other; they just know there’s not much time left. This comes across explicitly in their first sex scene, which occurs near the graveyard where Queen’s mother is buried. This scene is intercut with the film’s limp approximation of a Black Lives Matter protest that results in a young Black boy they encountered earlier in their journey shooting a Black cop.

In some ways, Queen & Slim is the logical endpoint of a decade that has strained to release content created by Black people and marketed to Black audiences that’s simultaneously “of the culture” and instructive to white people. Waithe and Matsoukas’s debut film comes the year after Barry Jenkins’s If Beale Street Could Talk, the adaptation of  James Baldwin’s 1974 novel that’s notably disinterested in the white gaze, effortlessly blending a political message about mass incarceration and false imprisonment with a love story unmistakably intended for Black audiences. In the wake of Beale Street, Queen & Slim feels labored—a film more interested in being relevant than actually being enjoyable. It’s as if the film exists to be a summation of this particular moment in Black film, politics, and culture rather than a standalone narrative.

It treats its strangers–turned–outlaws as political symbols rather than fleshed-out characters with interests and flaws: Everything about Queen and Slim, from their clothes to their music to the car they drive in the film’s final stretch, feels as if it were populated by a Black aesthetic generator. Matsoukas and cinematographer Tat Radcliffe aren’t to blame; there’s no doubt that Queen & Slim is a feast for the eyes, with sumptuous colors and lighting that illuminates the Black skin of all of its characters. But every aesthetic choice is telegraphed at script level, often in ways that don’t make sense for the characters. In some way, Queen and Slim are reminiscent of Justice (Janet Jackson) and Lucky (Tupac Shakur) of John Singleton’s 1993 film Poetic Justice—two characters who, driven by their differences and a shared need for growth, embark on a trek from Los Angeles to Oakland, California, in a mail truck. And much like Poetic Justice, the growth depicted in Queen & Slim is deeply gendered.

Everything about Queen and Slim, from their clothes to their music to the car they drive in the film’s final stretch, feels as if it were populated by a Black aesthetic generator.

Queen, like Justice, is depicted as a shrew, constantly criticizing her lover regarding his table manners, grammar, and music choices. Her catchphrase is “I have a thing about that,” which often precedes a rule that she expects the world around her to follow. At the beginning of the film, Slim has to convince Queen not to berate a waitress who gave him the wrong order; as they’re making their getaway, Queen demands that Slim turn off his gospel music (“Can you please turn that shit down?”) and ignores his explanation that the music calms him. Slim, in turn, is depicted as a kind, loving, and patient man whose only flaw is his non-confrontational nature. Over the course of the film, they switch roles: Queen becomes progressively more religious and docile, while Slim transforms into a more assertive, protective partner—queasy character trajectories that are symptomatic of the film’s deep investment in traditional, heteronormative gender roles.

Queen & Slim, as a whole, evinces a palpable disdain for women in scenes where male minor characters are constantly putting their partners in their place, often in front of an audience. Mr. Shepard (Flea) and Mrs. Shepard (Chloë Sevigny) are a couple whose entire dynamic seems to revolve around him silencing her. Mr. Shepard is a “woke” white man who understands the plight of the protagonists, while Mrs. Shepard clearly disagrees with her husband’s position and is dismissively silenced whenever she protests. When Slim lashes out at Queen in irritation, a man remarks: “Y’all sound like me and my bitch.” Queen responds to her uncle Earl (Bokeem Woodbine) hitting his girlfriend by closing her bedroom door and telling Slim not to intervene. Earl’s other girlfriend (Indya Moore) pontificates that Earl needs to be worshiped at home because “out there, he ain’t shit.” His marginalization, it’s implied, is more pressing than her own, and she owes servitude to a man prone to fits of rage because he is a Black man in the United States. (Nevermind that she herself is both Black and trans.)

Ultimately, Queen & Slim seems to bolster a belief—women should be quiet and support their men—that’s both inherently conservative and especially frustrating given the nature of the lovers-on-the-run genre. Films like Bonnie & Clyde, Gun Crazy, and Natural Born Killers presented a different way for women to live, providing them freedom on the run to be violent and sexy in a way they couldn’t be in their normal lives. Even Queen & Slim’s closest thematic cousin, Thelma & Louise, depicts running from the law as freedom from a society that marginalizes women. Louise’s (Susan Sarandon) decision to murder a man who’s attempting to rape Thelma (Geena Davis) is political, given the conservative laws in Southern states that were likely to punish them both for fighting back against sexual violence. But once the pair is on the run, they feel sexually liberated, leaving their respective beaus behind to live and die for each other. Freedom in death can feel like a corny concept these days, but at least it’s clear that Thelma and Louise die on their own terms. For Queen and Slim, though, there is no freedom—not from racism, police officers, or the archaic gender roles that ultimately define them. 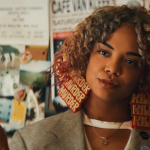