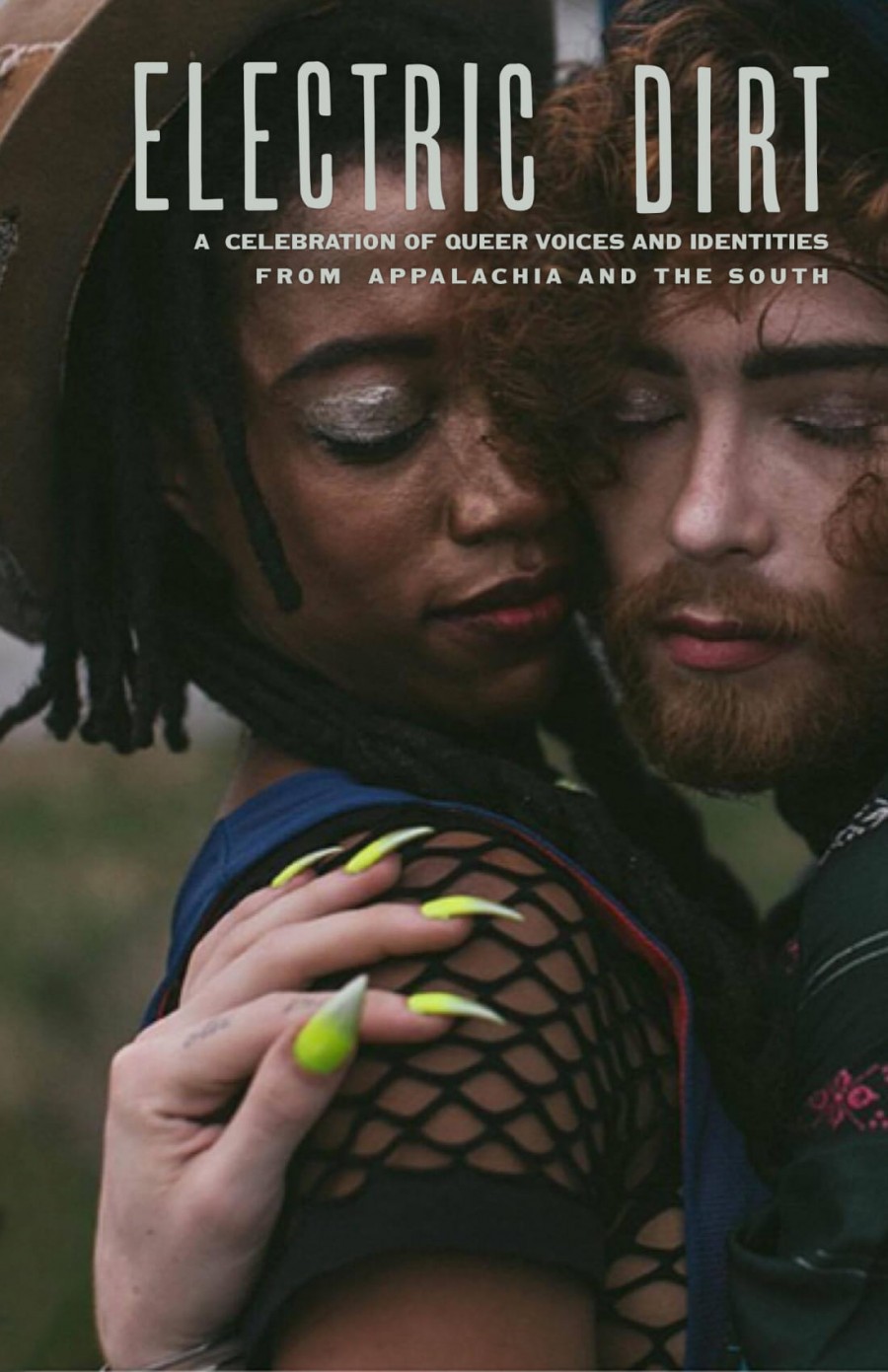 When mainstream media writes about Appalachia—stories about the declining coal economy, for instance, or the opioid crisis, it regularly uses language that conjures regional stereotypes of white, straight, rural, and patriarchal people and culture. This framing and stereotyping, while business as usual, ignores so much else in Appalachia: drag queens reading stories at the local library, a zine-maker who combines art and environmentalism, writers and poets traveling the region to share their art, students standing up against pipelines, a long history of labor organizing, queer farmers, and so much more. The collective known as Queer Appalachia is highlighting these stories; promoting art, activism, and culture in the region; building community; and changing how the rest of America thinks about Appalachia and the South.

Just over two years ago, Queer Appalachia shared its first post on Instagram with the line “We have a boner for social justice & Tudor’s fan art,” and the submissions started flowing in. Some of the account’s memes and photos resonate no matter who you are, like a Hitachi Magic Wand cookie-cutter or a “Resist White Supremacy” sign. But others, like a papier-mâché biscuit from Tudor’s Biscuit World, a central Appalachian side-of-the highway staple, or a Loretta Lynn commemorative plate used for Seder, showcase a more intimate and personal Appalachia. The account was originally created to gather submissions from queer Appalachians for Electric Dirt, a zine that would place these diverse voices in history and counter the media narrative about Appalachians and Southerners. Now, the collective is publishing the zine’s second volume, while its Instagram account continues to celebrate diverse queer voices from across Appalachia and the South.

Queer Appalachia is also the culmination of Brooklyn artist Bryn Kelly’s dream. Kelly, an HIV-positive trans woman, writer, and musician originally from the West Virginia/Ohio border, wanted to create a zine that explored the nuances of being a queer Appalachian. In her writing and art, Kelly explored feminism, beauty, sexuality, relationships, Appalachian norms and traditions, and her diagnosis. “Her work always focused on her roots, on the complicated intersection of her trans/AIDS/hillbilly couture,” says her friend Mamone, who now runs the Queer Appalachia Instagram account and is a leading member of the collective. When Kelly died by suicide in 2016, her friends wanted to make sure she was remembered; as Mamone puts it, “The zine was a way to turn [her death] into something positive.”

Mamone, a Bluefield, West Virginia native, first met Kelly at the LGBTQ Center at Marshall University in Huntington, West Virginia after Kelly ran away from home at the age of 16. Almost 20 years later, Mamone knows that sharing queer voices through the zine and Instagram can be a vital connection for those who might not have access to a physical queer resource center. Queer Appalachia helps create community, whether readers are in the region or not. “People take the time to let us know why we matter to them,” they say. Almost 15 years ago, Carrie Kline published Revelations: A Celebration of Appalachian Resilience in Gay, Lesbian, Bisexual and Transgender People, an oral history conducted in southern West Virginia that also explored the experience of queer Appalachians.

In the course of her research, Kline learned how important regional identity was to her interviewees: One participant said they felt “more alienated and stigmatized in a Northern city as a West Virginian than they did identifying as gay in Appalachia.” The identities of the people Kline interviewed may have been known and accepted, but most lacked an immediate circle of queer friends and acquaintances. Katy Ross, a PhD student in Communications Studies at Ohio University who studies the intersection of queer/trans and Appalachian identities, has encountered the same patterns in her research today. Ross notes that while many queer Appalachians can find support systems locally, actual queer community is much harder to find in person. Though Ross’s subjects experienced isolation, the idea of traveling two or more hours just to have dinner with a queer friend could be daunting: People often don’t want to leave their community, even if it is rural and isolated. “More often than not, Appalachian identity outweighed queer identity,” says Ross.

That gap between the real and virtual worlds has become a home for Queer Appalachia, which Ross lauds as “almost a revolutionary community.” Mamone creates some of Queer Appalachia’s Instagram content, but also relies on hundreds of submissions. This allows Appalachia’s queer communities to create their own documentation, rather than trust in outside folklorists, journalists, or sociologists documenting what it means to be queer in Appalachia (or completely ignoring queer people and people of color, as is often the case). QA has been able to highlight LGBTQ people running for office in the region, ICE raids happening in Asheville, and statues coming down in New Orleans, often before many news organizations do. Appalachian and Southern solidarity are especially important when “brain drain”—the flow of young people away from their home communities—threatens to destabilize the places Queer Appalachia wants to unify.

Young people in queer communities everywhere often leave small towns for big cities as soon as they can; Mamone recalls teachers who frequently encouraged Appalachian-born students to leave the region once they graduated. So when the collective raised $70,000 for the zine’s first issue—way over its crowdfunding goal—they knew they were tapping into “money that left” and offering a way for former residents to support local projects and community. (And the roots of the Queer Appalachia community are long—Mamone has sent zines as far as Scotland and Saudi Arabia.) The 200-page, full-color zine—exactly what Kelly would have wanted, says Mamone—is now on sale, and the collective hopes it will be the first volume of many to come. Queer Appalachia plans to select a new editor-in-chief for each volume because “the more experiences, backgrounds, and viewpoints involved in the collection of stories, the more comprehensive, meaningful, and honest this project will be.”

With the zine’s proceeds, Queer Appalachia is reinvesting in the community by offering micro grants—the $500-$2,500 grants are intended to redistribute wealth and support restorative justice projects in Appalachia and the South. Another of Queer Appalachia’s goals is to address the particular challenges faced by opiod-addicted queer folks in the region. Mamone knows from personal experience how alienating healthcare can be for gender-nonconforming individuals in Appalachia, as well as the combination of isolation and stigma that makes it difficult to find recovery programs that support them adequately. The collective hopes that Queer Appalachia Recovery, an online meeting space for folks struggling with addition, will establish connections among people who have been in recovery for more than five years and are willing to sponsor others. As the collective plans the zine’s second volume, Queer Appalachia continues redefining what it means to be Appalachian and Southern—promoting rural resistance that restructures oppressive systems; fighting systemic violence and oppression; and simply ensuring that, whether they stay put or leave forever, people can celebrate and honor the places that helped make them who they are.

Read this Next: Popaganda: Queering Virginity 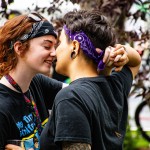 by Soleil Ho
What value does virginity hold for queer and trans people? 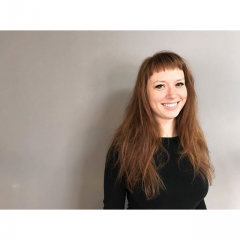