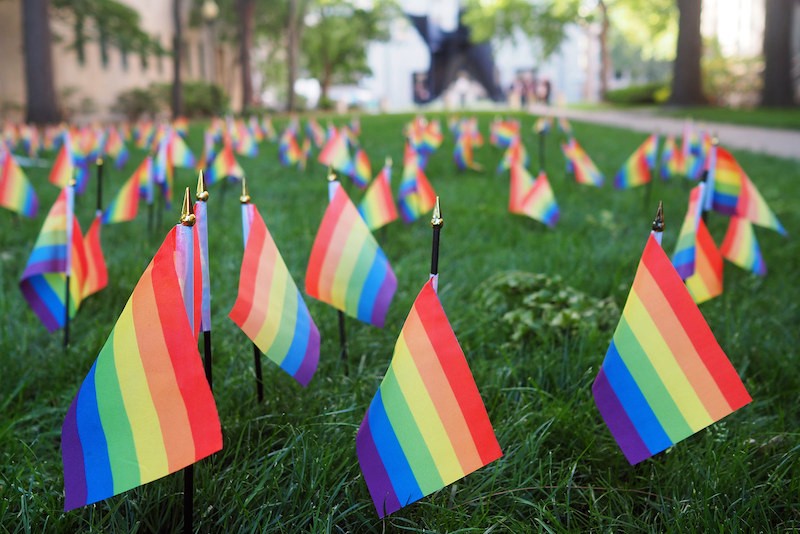 I spent 14 years living in Central Florida. In the mid-1990s, we didn’t have cell phones or Facebook or openly queer characters on TV. But by all measures, gay culture was everywhere, trailing up from Key West and South Beach to the center of the sunshine state. It had a powerful hold on Central Florida’s attractions, theme parks, cruises, and bars.

Orlando itself was a world-class city for nightlife back then—Rolling Stone called it the “Seattle of electronica” in 1997. Clubs stayed open until sunrise; we had legit raves and a gay culture that rivaled New York City and Los Angeles. I started working the door at the gay club Southern Nights in 2001, putting on wristbands for the 21-and-up crowd. I was barely drinking age myself: just 22 years old, finishing up a degree in English. Within a year, I was bar-backing and working the register select shifts, in charge of spotting fake IDs and handling thousands of dollars in cash every night.

I was never daunted by the responsibility of working the bar. I loved getting drinks for drag kings and queens and helping decorate for big parties. What I was actually worried about was simple: the prospect of someone barging in at the end of the night and shooting us.

This fear wasn’t mine alone. In fact, it was doubtlessly passed on as if it were inherited, first from an older ginger femme at the front door position who read tattered romance novels and chain-smoked, then from the rest of the staff.

The normalization of workplace safety procedures and specific nightly routines were our way of preparing for the threat of violence. Bouncers. Security. The security cameras and televisions in the bar office were the few high-end pieces of technology the club invested in. Living in the pre–cell phone era meant lots of walkie-talkies. We’d check the stalls, the drag dressing rooms, the back rooms, behind the bars, behind the boxes, in the DJ booth, the patio, all before closing. The way we moved our cars up closer to the club after 1 a.m. The way security always escorted us to our cars when we left for the night.

Regardless, there were death threats. There were bomb threats, eggings, vandalism, fighting, tires slashed, tires squealing, slurs. Once, the bar got pepper sprayed. Consider yourself lucky if you’ve never experienced it. I remember someone running out, and then some twenty humans gasping, coughing loudly, eyes squinted and mouths covered with hands or shirts, dashing for the front door. I don’t even remember who got it the worst—if there was a single targeted person or if it was all of us for simply existing. 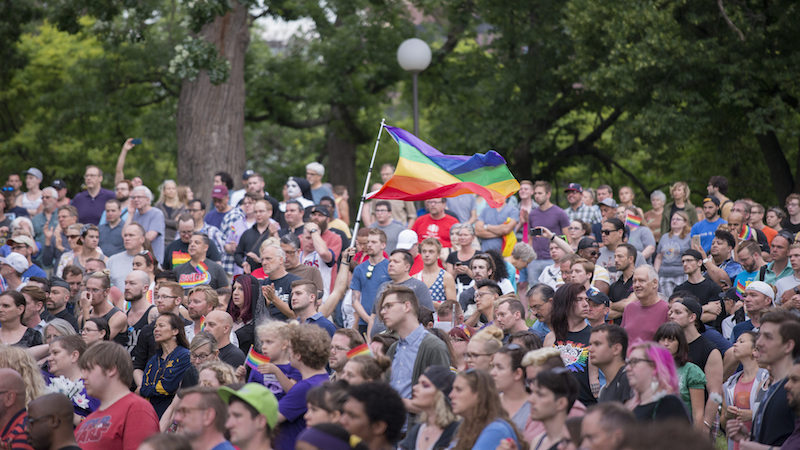 About 3,000 people joined a vigil in Minneapolis the day of the Orlando shooting. Photo by Fibonacci Blue (CC).

But even though we worked with a small thrum of fear running through us, being part of the club was important to us all. Creating spaces of safety is an inherent struggle and necessity for marginalized communities. We create clubs as sanctuary. But even in a place that was meant to be a sanctuary, we felt unsafe. That lack of safety is compounded throughout our society by racist and homophobic systems. As a white, cisgender woman, I have the privilege to move through the world without the daily violence that my fellow club-goers, people of color, and trans people, regularly experience. Whether a situation is “safe” depends on who you are—for far too many Americans, violence and harassment are constant realities.

Read This Next: How Do We Move Forward After Orlando? By Loving Our LGBTQ Familia
Read This Next: A Clockwork Trauma — At the Intersection of Blackness, Queerness, and Violence

The Pulse massacre on June 12 that killed 50 people, injured 53 more, and left the rest of the club-goers with other forms of trauma was the horrifying actualization of the worst fears of those of us who have worked in queer and queer-friendly bars. Pulse wasn’t just a gay nightclub, it was a gay nightclub on a Latin Night, a double-strike hate crime against a community of color in Central Florida celebrating gay pride month.

Living in a world after the Pulse shooting demands all of us to provide basic human necessities of safety, justice, and sanctuary. The risk of not having these necessities is increased for communities of color and the LGBT community: The spaces that we create are trust exercises against the day someone pulls a gun to act upon their hate. Without gun control, everyday Americans are at risk of violent acts of hate or opposition. It just takes the whim of someone who has a little extra cash and a few minutes to wait through a background check.

But if history has taught us anything, it’s that queers and other marginalized people are resilient. We will rise out of the ashes of adversity and come out stronger on the other side.

I work at a digital agency for my day job these days, and we have a saying: “Move quickly from talking to doing.” Let’s come together not with canned cliches or feelings of helplessness but with action. Violence is meant to make us feel powerless, but we do hold power. Let’s use our influence to start dialogues. Don’t accept less from lawmakers and private-interest groups who don’t have humanity’s best interest at heart. Vote out politicians who cave to the NRA and block gun control measures. Vote out politicians who fail to support LGBTQ antidiscrimination measures. Support those officials, groups, and individuals in your life who work to make society less violent. While we continue to build sanctuaries, we can’t stop working until it’s safe for us to be in every space.

Read This Next: How Do We Move Forward After Orlando? By Loving Our LGBTQ Familia
Read This Next: A Clockwork Trauma — At the Intersection of Blackness, Queerness, and Violence