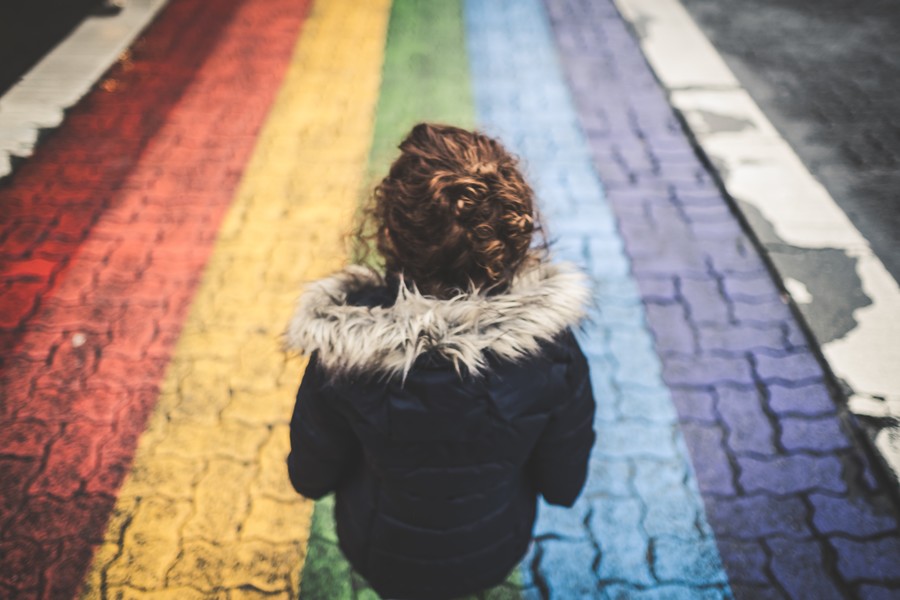 In a January JSTOR Daily article titled “Queer Time: The Alternative to Adulting,” writer Sara Jaffe explains that the path toward adulthood “has never been self-evident or value neutral” for queer folks because many classic markers of adult status—namely access to marriage, home ownership, careers, and parenthood—are often inaccessible or undesirable. In the article, Jaffe quotes Michelle Tea’s 2016 pseudo-memoir Black Wave, a dreamy, dystopian dive into growing up in the margins: “The best that could be aimed for was an academic placement and a lover who eventually tired of pansexual sport-fucking and settled down with you to raise a rescue animal in a rent-controlled apartment.”

What does it mean to come of age as a 20-something queer person with no money, no resources, and no illusions about respectability? Black Wave is one of several recent books—including Andrea Lawlor’s Paul Takes the Form of a Mortal Girl (2017), Ariel Gore’s We Were Witches (2017) and Chelsey Johnson’s Stray City (2018)—that seek to answer this question, and each author insists that queer self-actualization requires a radically different approach to adulthood. While coming-of-age novels often touch on themes such as class, race, womanhood, and mental health, they traditionally center heterosexual teenagers (think The Fault in Our Stars). When queer teens are included, like in Stephen Chbosky’s 1999 novel The Perks of Being a Wallflower, the characters are closeted high schoolers whose journeys are limited to their coming out.

If they reach adulthood, queer characters are often lonely, closeted figures. For instance, in J.K. Rowling’s Harry Potter series, Dumbledore was an aging gay man. His sexuality was hinted at but mostly omitted from both the original series and Fantastic Beasts: The Crimes of Grindelwald. But Black Wave, Paul Takes the Form of a Mortal Girl, We Were Witches, and Stray City are not about closeted queer people coming out to others, but queer adults coming into themselves. By abandoning the tropes in The Perks of Being a Wallflower and the Harry Potter series, these novels go beyond hetero imagination to explore queer coming-of-age narratives.

All four books are set in the 1990s, the decade with, as Tea puts it, “the roughed-up vibe of someone who’d been pushed from a speeding car.” Dyke bars, punk shows, feminist canon, and basic subsistence are priorities in these novels, making their characters gritty and sometimes insular. But their criticism of the patriarchal, classist, and transphobic underpinnings of American society also played out in real life in the ’90s, when the concerns of women and LGBTQ folks made an indelible mark on history: Anita Hill’s 1991 testimony to an all-white and all-male Senate Judiciary committee helped spark third-wave feminism, the AIDS Coalition to Unleash Power (ACT-UP) demonstrated, educated, and lobbied to end the AIDS crisis, and the rape and murder of trans man Brandon Teena brought national attention to LGBTQ hate crimes.

It matters that these books situate readers in a decade that informs 2018, connecting similar movements to different generations of queer folks. These books reinvigorate the ragtag history of queer life-making using irreverent, self-embracing, and anti-assimilationist magic and genre and gender play. In Black Wave, Paul Takes the Form of a Mortal Girl, We Were Witches, and Stray City, magic is used as a means of survival. Ariel, the protagonist of We Were Witches, gives birth in a rural Italian hospital in 1990. She doesn’t speak the language, her boyfriend “smells like whiskey,” and the doctor performs a mediolateral episiotomy, a type of genital mutilation Ariel remembers as “[shoving] a pointed blade into my unmedicated teenage cunt and [cutting] a hard left.”

After the birth, Artemis (the Greek goddess of the hunt) appears, kills Ariel’s doctor and boyfriend, and helps her during this time of intense trauma. As Witches progresses, Ariel and her daughter discover that they share a history with powerful, chaotic women. Using genre play, Gore includes poems, diagrams, and class assignments to “rewrite the fairy tale of [her] life, transform every blow to the head, and every cut to the cunt, and every crucified doll into some kind of an initiation.” Witches is about the transformative power of stories and the unlimited potential queer women have to write their own.

From left to right: Stray City by Chelsey Johnson, Paul Takes the Form of a Mortal Girl by Andrea Lawlor, and We Were Witches by Ariel Gore (Photo credit: Custom House, Rescue Press, and Amethyst Editions)

In Black Wave, Michelle has been living in survival mode long before the end of the world is announced in 1999. But as the world faces extinction, Michelle suddenly begins having dreams that defy space, time, and language and can only be explained through magic. In the dreamscape, Michelle jumps from one reality to the next, reinvents herself as sober, and reconnects with her own creativity as a writer. Like Michelle, Paul Polydoris, the titular character of Paul Takes the Form of a Mortal Girl, is unbound by reality. Paul is a shape-shifter, meaning his gender is mutable through not just performance but magical powers.

Paul, who uses he/him pronouns and sometimes lives as Polly, is stuck in a self-destructive cycle where he’s still “too old to run away but not grown.” Paul’s expansive sexuality (“He wanted to telegraph the word fetish far and wide”) and brazen attitude (“He did not care to assimilate himself into the power structures of heteropatriarchal white Christian America, [and] was bored and horrified by those who did”) makes his gender play joyful and fulfilling. For Paul, gender is never a phase, it’s an experience. “What are we?” Paul asks Robin, the only other shape-shifter he’s met. “We’re like everyone else, only more so.”

In Stray City, Andrea Morales is a Midwestern runaway turned unabashed Portland dyke. After getting publicly dumped by her girlfriend, Flynn, Andrea has a secret affair with Ryan, a cis man. Ryan offers an affectionate, mechanical comfort to Andrea—until she gets pregnant and he skips town. Andrea’s chosen family intervenes like Artemis did with Ariel, saving Andrea and her daughter in a time of crisis. The magic of Andrea’s chosen family is in the mundane. Their loyalty, labor, and resources give Andrea the safety net she needs to raise not only the child but herself. But her pregnant body transgresses and challenges the very community she needs to survive.

At one point, Andrea is kicked out of her own art studio by other lesbians, who use her pregnancy to revoke her access to queer space. “We have plenty of actual lesbians to carry on the Lesbian Mafia,” they tell Andrea, referencing their Portland dyke club. “I’m a card-carrying member,” Andrea counters, “I literally printed the cards.” New iterations of Andrea’s identity anchor her coming of age. In all four books, magic and genre and gender play reflect how queer people invent (and occasionally stumble through) their own self-actualization amid shifting identities, relationships, and literary forms.

Collective self-actualization requires queer folks to revisit and reckon with their communities, histories, and interconnections. Each novel tells the story of a single character’s becoming, but together Paul Takes the Form of a Mortal Girl, Stray City, Black Wave, and We Were Witches create new possibilities for queer coming of age.

"Kiki" Picks Up Where "Paris is Burning" Left Off

Who Is Valentine’s Day For? 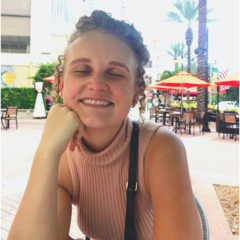 Sara Gregory is a queer writer based in the South. Find more of their work at saragregory.org or on twitter @SGregory91