What Gets Left on “Queer Eye’s” Cutting-Room Floor? | Bitch Media 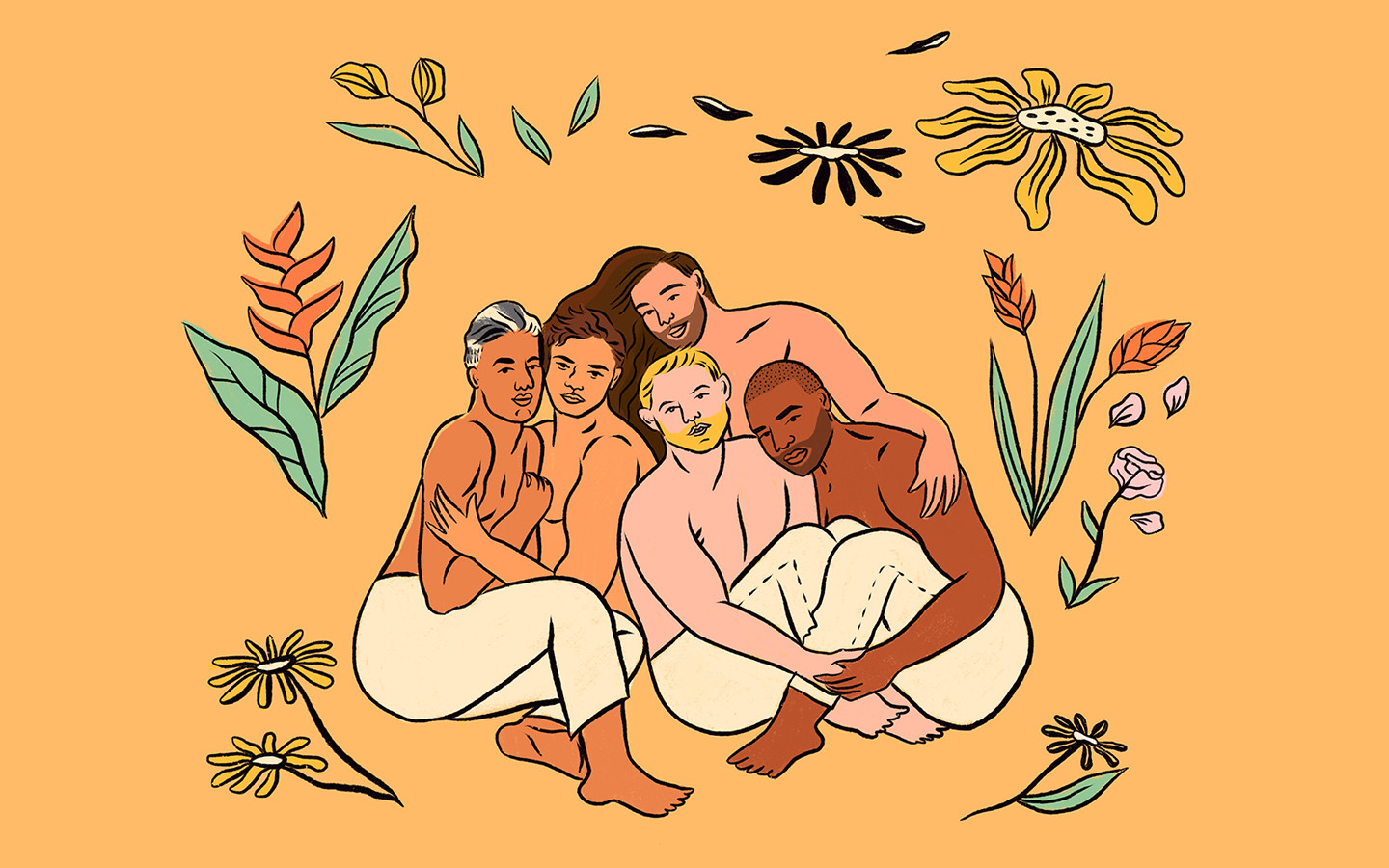 Queer Eye Is Self Care by Ashley Lukashevsky

Since its release in February 2018, Netflix’s Queer Eye—the reboot of the mid-2000s Queer Eye for the Straight Guy—has been a surprise smash hit, scoring four Emmy nominations. The show follows five gay men (experts in fashion, beauty, home, food, and relationships) who help (mostly) straight men clean up their lives and put more effort into cultivating themselves. While the reboot shortened its title presumably so that non-straight guys could get makeovers, too, they’re still few and far between.

R. Eric Thomas wrote about the show’s burdensome and problematic premise of queer people enacting emotional labor for straight men in ELLE, but as a queer woman, I found the show’s premise valuable and even refreshing. I identified with the female partners and family members on the show who were just so exhausted by nudging the men in their lives that the appearance of the Queer Eye hosts felt like a welcome reinforcement. But episode after episode, the assumption that self-care should be fundamentally linked with self-improvement was increasingly alienating, and the area of expertise of each of the Queer Eye hosts frequently puts the focus of the makeover on consumerism and commercialism rather than a more meaningful transformation.

In the 2000s—that decade whose aesthetic is now on the cusp of a dreaded revival—makeover shows like Bridalplasty, Extreme Makeover, What Not to Wear, and, of course, the original Queer Eye for the Straight Guy were incredibly popular. But in Queer Eye, the window-shopping gaze of the show and the remarkable disparity between the undesirable “before” and the wonderfully made-over “after” versions of the makeover subject are only part of the appeal, alongside the construction of the improvement process as an ostensibly achievable aspiration for the viewer. The narrative of the makeover is where the audience’s emotional investment comes in. By participating in the makeover, we are led to believe, the (typically male) subject is doing something for himself. He is caring for himself.

Queer Eye explicitly makes this connection several times, with one or more of the hosts telling the subject of the makeover that “it’s important to make time for yourself” and “self-care is so important.” As Lucy Pegg writes in The Establishment, “Queer Eye might brand itself differently from the classic makeover show, but its materialist focus is the same.” Watching self-care be co-opted as a lifestyle or license for corporations to shill products in a society where wellness is increasingly a luxury and defined away from Audre Lorde’s original conception of the term as self-preservation in a capitalist society hostile to the very existence of her female, Black, queer self, it’s hard for this conflation not to grate.

But interviews with the cast and unaired Queer Eye footage—narratives outside of those constructed and aired by Netflix—suggest much more meaningful interactions took place during filming. In Season 1, Bobby Camp, a father of six, works two jobs and gets an average of two hours of sleep a night. While his makeover episode included scenes of host Jonathan Van Ness assembling a skin-care kit for Camp, scenes of host Karamo Brown helping Camp refurbish his résumé and driving him to a job interview were cut, an editorial decision that suggests the producers believe that skin care is more life-changing than a better-paying job—or they possess a willful disinterest in the material conditions of those who appear on the show.

Similarly, makeover subject Tom Jackson suffers from lupus, a condition exacerbated by nightshades such as tomatoes, eggplant, and peppers, all of which he consumed frequently. In a scene that was ultimately cut, host Antoni Porowski helped Jackson design a menu especially for his condition. Instead, the food-related moment that appeared was Porowski’s controversial recommendation to include Greek yogurt in guacamole.

In addition to the cut scenes of the hosts helping their guests in substantively meaningful ways, some of the best moments of the show have dwelled in the genuine connection between the hosts and makeover subjects who are queer or the family of queer people. Season 2’s Tammye Hicks, the only woman to receive a makeover on Queer Eye, prompted host Bobby Berk to reconcile his personal feelings about Christianity and queerness, and Hicks’s gay son Myles formed a relationship with the hosts as they discussed negotiating family, queerness, and religion.

The same could be said for A.J. Brown, a gay man who struggled to come out to his stepmother in season 1. Both men especially connected with Karamo as gay Black men who struggled with self-acceptance and acceptance from their communities.

In the second season, the Fab Five work with Skyler Jay, a trans man who is introduced in the episode by having the hosts watch his top surgery onscreen. Jay and host Tan France—who admitted to being ignorant of issues faced by the trans community—have a conversation about being trans that by both men’s reckoning resulted in genuine rapport between the two, as well as a long-lasting attachment between Jay and all five hosts. In Jay’s own words, he considered his emotional labor—a rare example of a makeover subject educating the hosts as well as the audience and the all-too-common phenomenon of members of a marginalized community performing an emotional benefit for those with greater degrees of privileged obliviousness—an activist endeavor he was paying forward.

Narratives outside of those constructed and aired by Netflix suggest much more meaningful interactions took place during filming.

The Queer Eye reboot discards the premise of the original—that straight men are transformed by their encounters with queer men, specifically by becoming less homophobic—but that doesn’t resolve all of its problematic dynamics. It is unfair that queer men are called upon to perform emotional labor for, by and large, cis het men. It is unfair that the only trans person featured on the show was called upon to perform the emotional labor of explaining his trans experience to the hosts. And yet, while the premise of the show is suspect and the narratives are manufactured, the emotional connections and joyous affects presented are genuine, or at least as genuine as anything that can be offered by a reality TV show.

Despite a few Queer Eye episodes where the makeover subjects appear to treat the entire experience as an embarrassing situation they have subjected themselves to, most of the subjects are pleasantly overwhelmed by the hosts to begin with and incredibly good friends by the end. The makeover subjects are bemused, but it’s pleasant because the usual power dynamic between straight and queer has been flipped—the queer presence is the default and the makeover subject is in a vulnerable position by virtue of his or her very role. One senses the goodwill and determination on the part of the Fab Five to create greater awareness of LGBTQ issues and struggles, but it’s hard to ignore the cynicism and sensationalism of the Netflix editors and producers.

Queer Eye is at its best when the radical overhauls of image and lifestyle occur alongside a substantive reckoning with living conditions, be they material or emotional. Combined with the hosts’ effervescently queer joy, the show feels important. It’s a shame that these moments of authentic connection and growth seem to have been buffed out of the final edit for a more made-over vision.