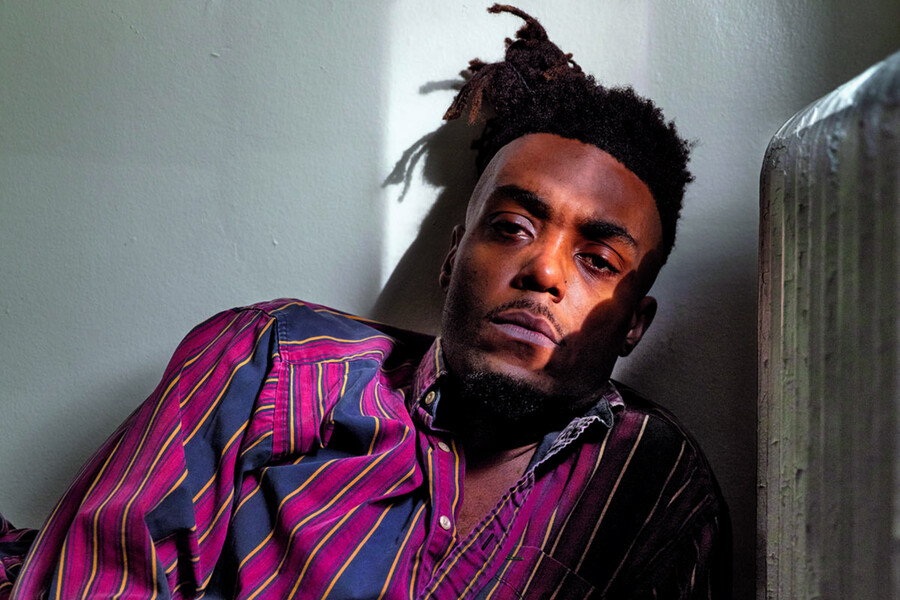 In the introduction to the photo book Queer Love in Color, journalist, photographer, and radical dreamer Jamal Jordan posits the following question: In a world that values being white and straight above all else, how do you learn to love yourself when you are neither? Jordan sought to answer this question as he traveled the globe interviewing and photographing more than 150 queer couples of color. Queer Love in Color is mesmerizing, vulnerable, achy, and joyful. While the book chronicles romantic love and partnership, it also offers story after story about how the path toward finding the love we desire from others must begin with the revolutionary act of learning to love ourselves. I’d dreamed of reading this book, filled with photographs I’d been lovingly imagining, after living in a world that seems to see queer communities of color only as places rooted in trauma, despair, sadness, inauthenticity, violence, and hypersexuality.

In this way, Queer Love in Color and its creator are offering a unique gift to the world, one that presents a new story with new definitions and new possibilities. It’s a book that helps us shift old paradigms and create something more beautiful than we could ever have imagined. Bitch recently spoke with Jordan about queer identity, queer romance, and what it means to produce a book that young queer people, in particular, are hungry for as they seek community and love.

This book is so amazing. I needed it so much. Let’s talk about its origin story. How did you come to imagine this project?

It was so random and serendipitous. I started working at the New York Times in 2019, and I very much forced my way into the building. I was there and I was like, I’m here. What do I do now? For the first few months, I felt like I wasn’t a fit; I was struggling with a lot of imposter syndrome. One day, there was a snowstorm and I was at home. There was a boy I was really into and he was being a total fuck boy. I was sitting at home stewing in sadness the whole day, and I needed to figure out how to cope with what I was feeling. Throughout my 20s I maintained this Tumblr blog of images of queer people; it was like nonstandard images of queer people. That day I remembered that Tumblr page because I needed those images to make me feel better, and I just couldn’t find it. So that was what I took into work with me the next day—that desire to see those images.

At work the next day, one of the special projects editors was curating this collection of stories for Pride. I remembered the last time they created a project around Pride. It really lacked representation and basically presented a bunch of stories about rich, white gay people. The editor asked me if I had a story I wanted to share that was connected to Pride, and I was like, “Yes, I have a story!” I thought, I need to find some possible love for myself and I’m going to do it in the New York Times. I said I was going to go into the world and meet some queer couples of color. I didn’t really know what it was going to look like. I just figured it out along the way. I wrote this very small article, published it, and thought nothing of it. It resonated with a lot of people in ways I didn’t expect it to. I poured my little heart into this story, and people were like, yeah, I felt the same. That let me know there was something more to explore. From there, I had a really great summer of queer couples sending me images of themselves. My New York Times email was just filled with pictures of gay couples and it was so nice.

After I published that article, I felt a clarity of mission I hadn’t felt before, so I took half a year from the Times to travel around. I barely made it because I needed a lot of pictures, but I didn’t have a lot of time. Whenever anyone praises me and says, “It must have been so hard,” I respond that it really wasn’t. Every couple in that book was so welcoming, so awesome, and so nice. I felt so privileged—I’m going to cry talking about this—one, that I could just take time off and do this work, and two, to be part of a global community of queer people of color. 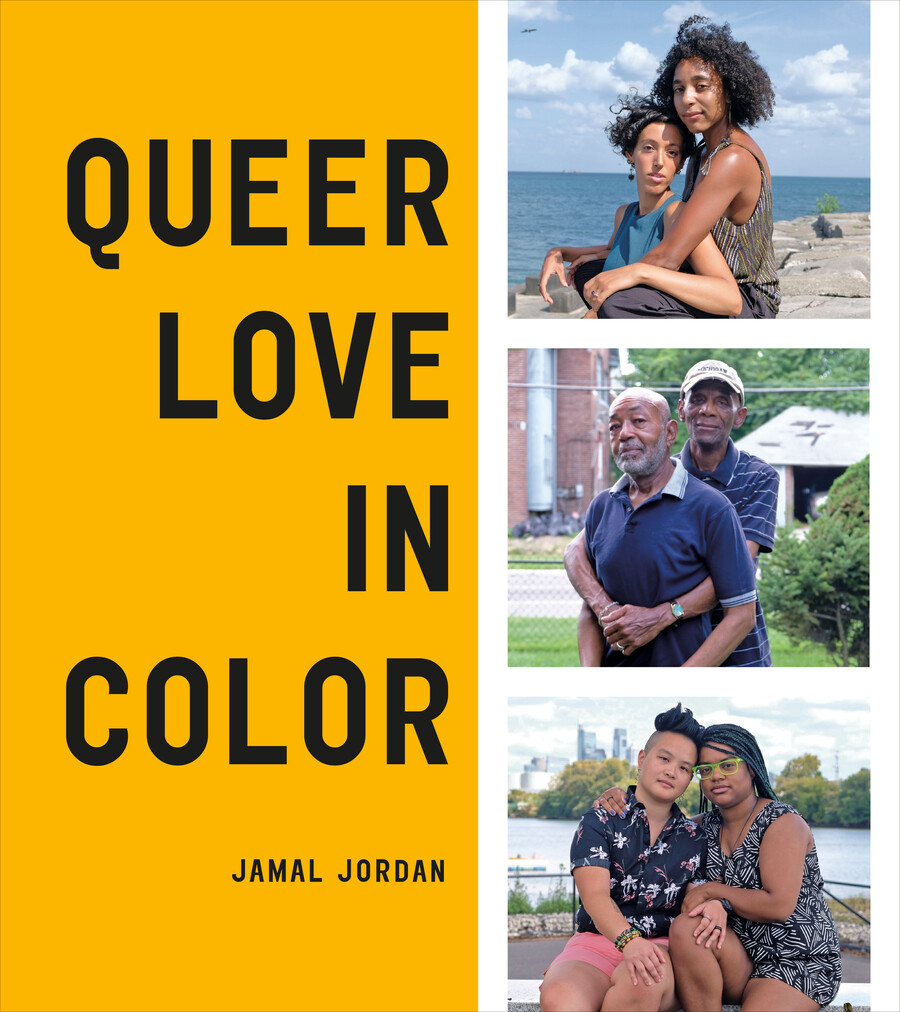 I love the idea of a global queer community of color! The great novelist Toni Morrison taught us that we have to write the books we want to read and, in your case, create the images we want to see. But as I read Queer Love in Color, it felt more like a book I needed than a book I wanted. When we’re bombarded with and taught ideas of who deserves love, it never includes people like us. Why did the world need this book?

There are a few couples whose stories just stuck with me. The common thing I found in a lot of these stories is that everyone’s on this journey to be like, I deserve to exist in the world. You and I are both queer people of color, we understand what that’s like, but for me it was understanding the scale of that and understanding that’s what bonds us as a community. We’ve all gone through that together and getting through is what makes us whole. The important thing I need every queer person to know is you’re going through this thing but you’re not alone. And it’s going to be on us to break that messaging and rebuild a new ethos for what love can look like. I open with a quote from Thomas, [one half of a couple] from Detroit. He says, “There were times where I felt like I didn’t even exist because I didn’t get to see some version of myself.”

That quote started the tears rolling for me!

We were having this conversation in passing. He just said it and went on, but that moment just broke me down. There was another conversation I loved with one couple—Asia and Arafat. Asia was this really bubbly queer girl who had been out since she was 10 or 12. She has a quote that says something like, “I came out of the womb with a rainbow flag.” I was so fascinated by her because, in her entire life, she never really felt negatively about her queerness. It was the combination of the queerness and Blackness that caused her strife, even in her Black family where her queerness was confirmed. So much of what I want for my generation is to be able to say, “Hey, little 10-year-old Asia, hey, little 12-year-old Thomas, we’re out here, we’re visible.”

How can mainstream minimalists tell Black people to get rid of our stuff when we don’t have any, don’t have enough, or haven’t entirely secured what we do have?

For a recent issue of Bitch, I was asked to write a quick blurb about a film or TV show that stands out for me as a significant cultural moment, and I chose to write about the 1989 miniseries The Women of Brewster Place. It was the first time I actually saw a Black lesbian couple on television. It was a fictional image, but I held it so close to my heart. Why was it so important not only to tell these couples’ nuanced, difficult stories but to center joy in your storytelling?

A few reasons. I purposely chose not to include couples from large American cities. I knew that if I had limited space, I wanted to make sure that if you’re a 13-year-old kid somewhere dreaming about your future life you don’t think your only option to find happiness is going to New York or Los Angeles. We know what’s there already. I wanted to focus on what we don’t know is there. The focus on joy for me wasn’t intentional, but it wasn’t not intentional. It wasn’t something that came into focus until the book was finished. I heard a lot of tough shit interviewing these people, and everyone at the end was like, well, we’re together, we made it through. No one’s journey ended with a suicide attempt, a sexual assault, or anything like that. It was like, that happened, and I persevered through it.

Every couple I met who spoke about difficult things was at a place where they were able to frame those difficult moments in the larger context of their lives, and I wanted to honor that framing in the book. So much of the writing I’ve read about queer people of color is framed around all this fucked-up shit in the community, all this trauma. There’s a doctor I consulted, Dr. Kali Cyrus, who is a leading psychoanalyst researcher at Johns Hopkins [focusing on] the Black queer psyche. I said to her: Tell me all the depressing shit I should write about in my book. And she told me queer people of color are—just in general—more resilient. It’s like a unique trait for our community. That’s really the research standpoint I needed—that for better or worse, resilience is our community’s superpower. I wanted to highlight that in the book.

This conversation about resilience—the idea of overcoming, especially for folks who are still stuck in the mud—is so important. We’ve all had to shift and fight through the murk and the mud of navigating our identities, and it’s important for people to understand that there is another side. There is hope. Did creating this book make you hopeful?

Creating the book made me remember that life is really long. Cyrus focuses a lot on young adults, like 12-, 13-, 14-year olds, because they’re at a point where they’re the oldest they’ve ever been their entire lives and they believe that however they feel at that age will just be their entire story. I started this book when I was 28. I didn’t know shit about anything. A thing that has made me hopeful is meeting a lot of people who were growing so much, as much through their 30s as they were through their teens, and it just made me think, well, all right, that’s cool. Also, I was thinking so much about myself as a teenager. The way that I made the enormity of this book not stress me out was to remember that I was doing this for myself. Like, no one else can buy it, Random House can sue me because it sold so poorly, but I know that Jamal had this, and that’s all I needed. Now that I’ve had some space from creating the book, and now that I’ve had time to talk to people that might read it, it’s nice to see change happening, and it’s nice to maybe be a part of that change.

Read this Next: Cute Overload 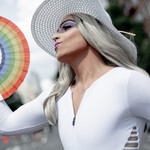 by Jenna Mahale
Respectability will not save us.