In “Batwoman,” Lesbians and Queer Women Are Complicated—and Brave 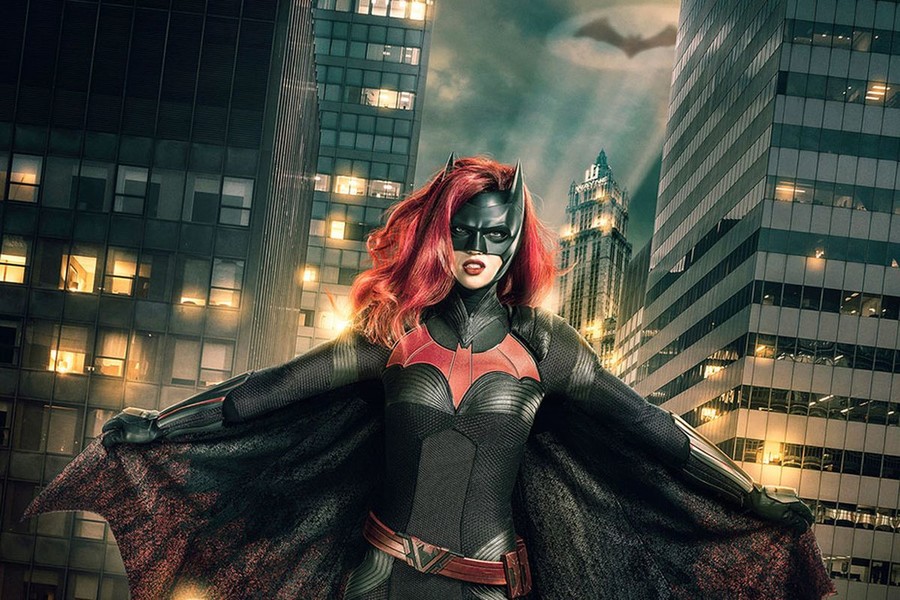 Though she’s not the first LGBTQ superhero in the CW’s Arrowverse, Ruby Rose, who identifies as a genderqueer lesbian, is the first LGBTQ actor to lead a television show about a superhero. In the wake of Batman’s mysterious disappearance, a new gang has begun wreaking havoc in Gotham City, and it’s up to Rose to fight this new wave of crime. She discovers in the pilot episode that her cousin Bruce is, in fact, Batman, and decides to step into the hero role in his stead. When the CW announced Rose’s casting as portray Batwoman, the #RecastBatwoman backlash forced the actor to leave Twitter. Critics of the casting were frustrated that Rose isn’t Jewish, though Kane is Jewish in the comics that inspired the series, and that the lead actor is genderfluid and had previously tried to downplay the importance of a lesbian Batwoman.

“I guess everyone puts a lot of emphasis on the fact that she’s gay and I’m gay and this is checking all these great, wonderful boxes,” Rose told CNN in April. “I don’t think about it. What I do think about is that was a defining moment of why I decided to go from doing films [to TV] … [and I] have a personal love and investment in this.” She later told Glamour that the show “is not about a gay superhero … It’s about a superhero.” These odd comments combined with Rose’s lackluster performance in the third season of Orange is the New Black made me nervous about Batwoman. I am well acquainted with watching films and shows that aren’t good after years of seeing horrible queer women’s rep onscreen, with even the most popular lesbian films like Blue is the Warmest Color and Below Her Mouth, and shows, like The L Word, Faking It, and, yes, OITNB, providing lackluster representation.

I enjoy the drama found on the CW and really do admire Rose, and the idea of a lesbian superhero who saves the city and her girl definitely stands out considering that pop culture is still killing off lesbians onscreen. The pilot episode introduces us to Kate Kane, a leather-jacket-wearing mystery woman who returns to Gotham after one of her cousins tells her know that a gang had kidnapped a group of people, including her ex-girlfriend, during a ceremonial event held in honor of Batman. Kane finds Batman’s lair, and then forces Luke Fox (Camrus Johnson), who is watching over Wayne Tower in Batman’s absence, to help her suit up and assume the Batwoman identity.

The pilot episode also manages to capture the complicated nature of queerness and heartbreak. Kane and her ex, Sophie (Meagan Tandy), show two different versions of queerness: Kane, who refuses to assimilate and wants to be this unapologetic lesbian, and Sophie, who would rather go back in the closet (and give up on love in the process) to achieve her career goals. We see the mixed-race couple in a flashback at a training camp, where they share a sweet moment, kissing in a hidden area before being punished. Their commanding officer offers them the chance to take back their queerness and stay in the closet, thus finishing their training (and making her family proud), but Kane proudly refuses.

She’s ready to head off into the distance with Sophie and say goodbye to training camp, and is heartbroken when Sophie tells her that she agreed to the deal and, as a result, can no longer be with Kane. But there’s hope for further queer representation on the series: Executive Producer Caroline Dries told Entertainment Weekly that Sophie won’t be Kane’s only love interest. “We didn’t want to neuter Kate. She’s in this complicated relationship with Sophie because it’s an intellectual past relationship, but to me what makes part of her character is that she has girlfriends. She goes on dates.” There’s hope, then, that the range of queerness will expand beyond heartbreak and sadness, and maybe offer a little light.

The second heartbreak in Batwoman is more familial: A 2017 report from Chapin Hill found that LGBTQ youth are 120 percent more likely to be homeless than straight teens, thanks to rejection from their parents and families. Batwoman tapped into this very real conversation by capturing the strained relationship between Kane and her father (Dougrey Scott). We learn that Kane’s family leads the Crows, an organization that aims to help protect Gotham in Batman’s absence, and though Kane has long wanted to join the family business and protect her city, she’s has felt pushed out of her family due to her relationship with her father. She isn’t the “perfect” daughter that Sophie would have been since she chose her lesbian identity over completing her training.

This comes to light when Kane faces the person behind the gang who is holding Sophie hostage. The mastermind says that they wouldn’t have bothered capturing Kane to get to her father, knowing that Sophie is really the one he cares for and would come to rescue; Kane wouldn’t have been worth the effort.

I’ll admit that Batwoman isn’t the best show I’ve ever watched: At times, the dialogue is cheesy, with lines like, “I’m not about to let a man take credit for a woman’s work,” feeling heavy-handed and cringe-y. Yet, I still feel protective of the series and its actors, especially as its reportedly being “review bombed” for having a genderqueer lesbian lead. (Rachel Maddow is also briefly joining the series, though she won’t appear onscreen and she’ll be playing Bruce Wayne’s former love interest.) The decision to have Ruby Rose, an openly genderqueer lesbian, in a starring role on a mainstream network signals a future of even more queer and lesbian protagonists, and if the face of heroism becomes the face of lesbians and queer people, it’s a future I’m excited about.

Read this Next: The Women of Wakanda

In Favor of Straight White Viewers, “Queer Eye” Lives in the Middle Ground

Shed a Queer Tear as “Fun Home” Departs from Broadway