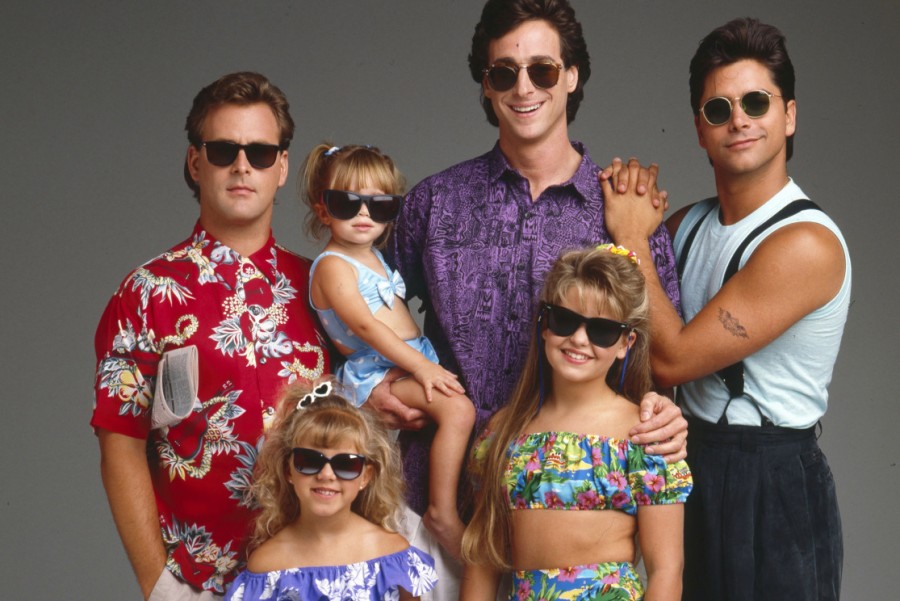 For much of my preadolescence, D.J. Tanner held my heart. I waited all week for those Friday nights at 8 o’clock on ABC, when she would appear on the living room television, misapplying makeup and pouting when things didn’t go her way. I’d been raised on Sesame Street and Reading Rainbow; Full House was a big victory in my campaign to relax my parents’ rules. Gaining access to the world outside of public television was thrilling, while D.J.’s dorkiness comforted me about my own. I was hooked.

The rest of her pull, however, I could not let myself know. In the ’80s, there were no queer characters on family television. There were no queer-straight alliances in schools. I’d heard the word “lesbian” used as a slur but had never, to the best of my knowledge, met one. To have a crush on a girl character on America’s favorite sitcom was… what exactly?

However confused I was about my fascination, I knew enough to keep quiet. I don't think I ever even mentioned her name out loud. Indeed, I remained silent about all things sexual, until that fateful episode in which D.J. gets her first kiss from the boy she has been pining after. In my mind, it felt as if my favorite show was tossing me a cheat sheet on remedial romance: desire a boy long enough and hard enough, and he will eventually desire you back.

Given my subconscious crush on D.J., though, the subtext of this message was more complex. On the one hand, the show seemed to promise that I could work my way out of queerness if I could just get the right boy—a sort of reversal of the fairy-tale kiss that turns the frog into a prince. On the other hand, if I wanted to be with a girl like D.J. but saw no TV or real-life examples of that desire coming true, perhaps the next best thing was to behave like her. By approximating her, I could be close to her.

So I started acting a little boy-crazy. Suddenly it was D.J.’s real-life brother Kirk Cameron who held my attention – he had the same eyes, after all. Suddenly posters of New Kids on the Block appeared on my bedroom walls; the names Jordan, Jonathan, and Joey cluttered my schoolyard speech. 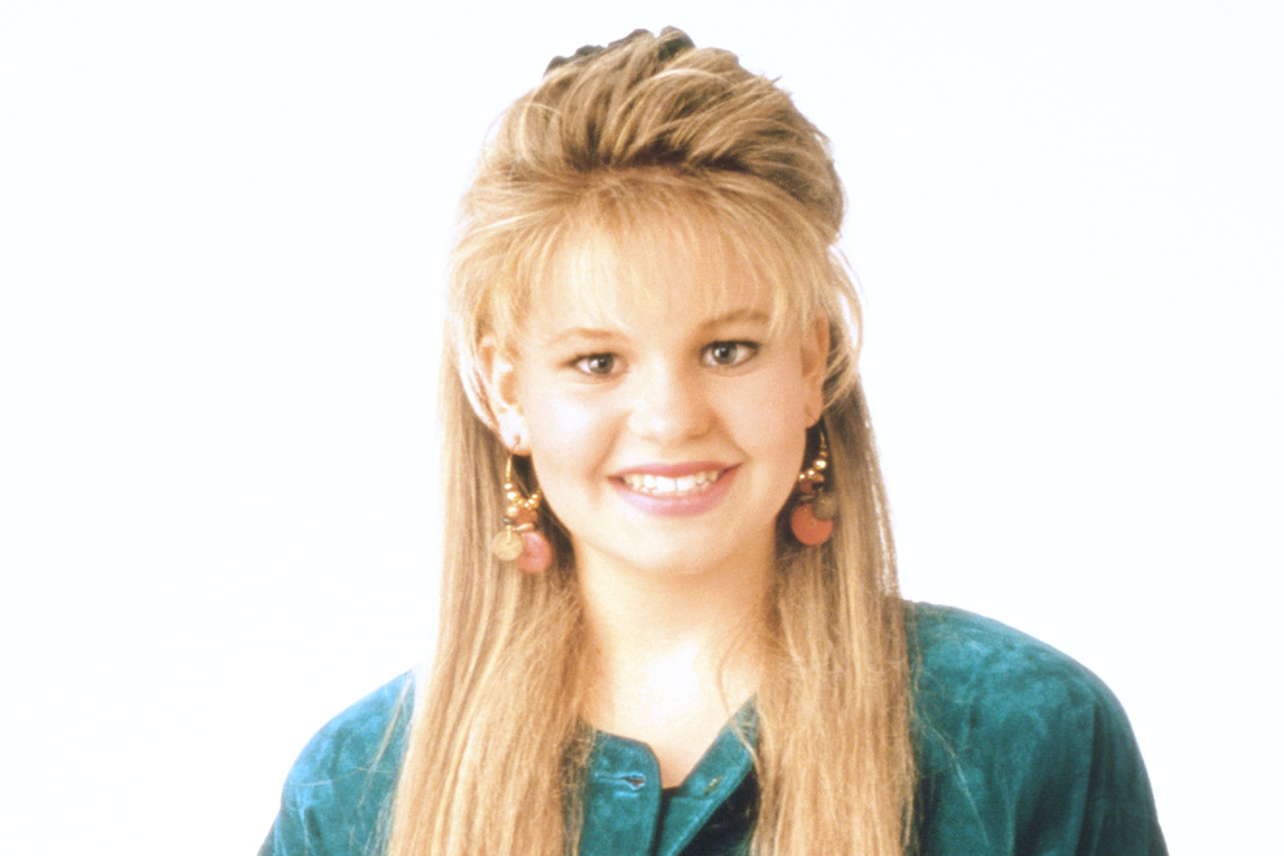 Around that time, I was also zealously logging my elementary school days in a blue diary that my grandmother had given me, perhaps with the intention that I spill my gossip on the page rather than the playground. Its cover was emblazoned with the gold words, “Five-Year Diary,” its pages divided into five tiny segments, barely enough for a paragraph per day. My entries took up the entire page, one year devouring the space meant for five, scribbles marking the ebb and flow of my imaginary love life.

After the first kiss episode, I began to write entries mentioning the star boy from my class. Dark blond, athletic, popular, funny, a friend to all – dimpled, even, if memory is not making edits behind my back. Just like the boy who kissed D.J. My ensuing crush lasted for two years; I spoke to him maybe twice. The boy, utterly unaware of his role as my stand-in for D.J., performed it masterfully. He ignored me so well that the slightest glance from him, real or imagined, merited more than a page in the diary. And so writing became the primary means of obsession.

In high school, I fell for both girls and boys, still secretly and obsessively. My true love was a classmate who was good at everything and didn’t even try. I made best attempts to just be friends, but my feelings for her kept finding ways of dribbling out of their container, like that time after the 10th grade camping trip, when I wrote her a yearbook message in purple ink that started with the line, “I love you and you don’t care.”

Gradually, I discovered a solution to the queer teen’s conundrum: I could fool around with girls when I was away from home, where no one from my normal life could find out. This strategy had the added benefit of dampening my obsessive streak, keeping its objects out of sight and out of mind until the heady weeks of summer.

I met Cayt, who didn't like traditional spelling, at a creative writing camp. She was intense, doe-eyed, crafty in both senses of the word, and always wore something sparkly. She shared my penchant for purple ink. She was from a small town in Florida and so harassed that she wrote “I am not ale” on her backpack in Liquid Paper, meaning to say “I am not a lesbian,” but running out of office supplies before finishing the job. Thinking she did protest too much, I came onto her. When that didn’t work, I tried to keep her away from her angry camp boyfriend.

Months later, in the dead of winter, she called me to tell me she'd found the perfect girl. All was bliss, and she had me to thank. Mixed emotions swirled in me after I hung up: I was happy for her, but infuriated by the vagaries of camp timing. By my own inability to make something similar happen for myself.

It wasn’t as if I’d been solely committed to Cayt. Immediately after she rejected me, I’d lifted myself from my queer kid shame spiral by hooking up with the blonde Southern belle who had been my best friend for several summers. We made out in her dorm bed for what seemed like hours. But when I moved to touch her breast, she stopped me with a cornflower blue-eyed stare, saying God was telling her not to. I reached for a Talmudic argument around this unexpected snag, but it did not translate well to Jesus. Still, I found pride and comfort in the fact that I had finally taken action on my queer desire. 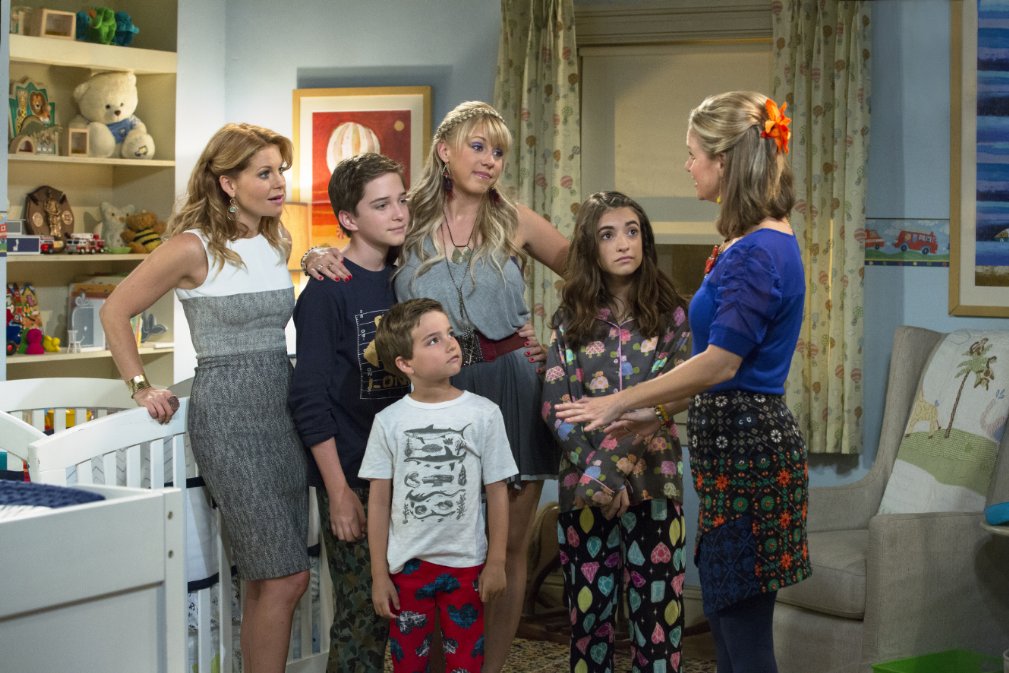 In the Full House reboot, D.J. Tanner is now a widowed mother of three kids.

Last year, when I heard rumblings about Full House’s upcoming reboot, Fuller House, I had a visceral reaction. I didn’t want to revisit those days of my queer youth in anything but memory. I certainly didn’t want to dwell on the fact that my first pop culture girl crush had grown up to become a Christian fundamentalist. Yet, I did steal the occasional glance at the breathless entertainment blogs discussing the deal with Netflix and which original cast members had been approached to appear. The premiere date, February 26, is now etched in my mind like a birthday. I read those blogs because something in me wanted to know whether and when the sequel would happen, wanted to weigh the options of watching or not watching. I’m still weighing.

Whether I watch the new show or not, I have managed to decipher some of the original’s effect on me. As I grew haltingly into adulthood, I started to see the impact of pining for others at a distance. I was single for long stretches of time. I began to admit the pattern as a defense mechanism. Obsession was a way to ward off my fear of the realities of a relationship: the constant need for give-and-take, the daily prospect of having one’s feelings hurt, the specter of outright abuse, the risk of true heartbreak. Clandestine obsessions helped carry me through long periods without a relationship—they are a form of fantasy run amok, a TV show that you direct and watch yourself.

I’m still not across this chasm between obsession and love. It seems few of us are. In her masterful book All About Love, bell hooks talks about the difference between being cathectic—investing feelings in another—and love, a much more complex emotion. bell hooks argues love is actually a set of actions rather than an emotion, actions that consistently show commitment, care, affection, recognition, respect, and trust.

Like most of us, I continue to be baffled by how to do love. But having had romantic obsessions from a young age, I think I have some insight into that practice, and thus, inversely, into love. I know something about what love is by knowing a lot about what it is not. It is not hiding. It is not (self-)obsession, or trying to reach oneself through another. It is certainly not finding a trophy. It is not all of the competitive narcissism we engage in and are encouraged to engage in by those individuals and systems who would have us believe that we are not enough. At the influential time of preadolescence, I was learning that one has to trick and cajole and maybe even force love out of others. Investing emotional energy from a safe distance was my escape route. It has taken time to learn that being cathectic comes from a place of shame, and that love is, perhaps, the opposite of shame.

After spending much of my adult life flying from obsession to obsession, some requited and others, grade school-style, at a vast distance, I'm finally in a relationship with some stability. It’s an experience that has required some getting used to, because it involves fully recognizing and reckoning with another person. As I begin to grasp something solid, “negotiation” and “accommodation” have become watchwords. While these practices are essential to relationship endeavors, they don’t provide the adrenaline rush or the distanced self-protection of an intense crush. Rather, they strip away these talismans of the self. Love exposes us by asking us to give, and to keep giving, beyond what we think are our own boundaries. We have to be ready to see ourselves in that mirror.

It’s often said that the sequel is never as good as the original. In this case, good might actually mean powerful. Writing this essay, I couldn’t bring myself to watch Full House episodes on YouTube, even for research purposes. Watching the show would have been like looking at an endless album of cringe-inducing photographs of myself as a preteen. I want my memories undisturbed. In that sense, Fuller House is an entirely different creature—because I am (arguably) a grown-up now, there’s no way the sequel could have the power over me that the original possessed. I don’t have to worry about falling in love with D.J. again, and while this is freeing, there’s something sad about it too, a reminder of the loss that growing up entails. The intense crushes are few and far between now.

Giving queerphobia its due as a destructive social force, my bigger problem was not that I was obsessed with girls; the problem was that I was obsessed. This current relationship is teaching me, bit by bit, to say that I am good enough for more than obsession. Maybe from here I can start treating myself as though I am worthy of the care that I, and all humans, crave. Maybe I can let in some of that bell hooks I’ve been reading. Maybe, just as we’re about to meet the adult D.J. Tanner-Fuller, as a widow and mother in her own right, I am finally outgrowing some of the patterns she helped me forge as a child, decades ago. 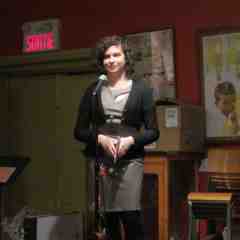 Susannah is a writer and lawyer currently based in Toronto. Her nonfiction has been published in the Ms. Magazine blog and The Toast, while her fiction has appeared in anthologies including The Lion and the Aardvark: Aesop's Modern Fables. She dreams of truthfully using the phrase, "divides her time." She tweets @banjo_knee and her under-construction website is at susannahswords.wordpress.com. 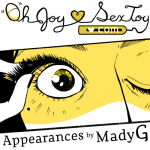