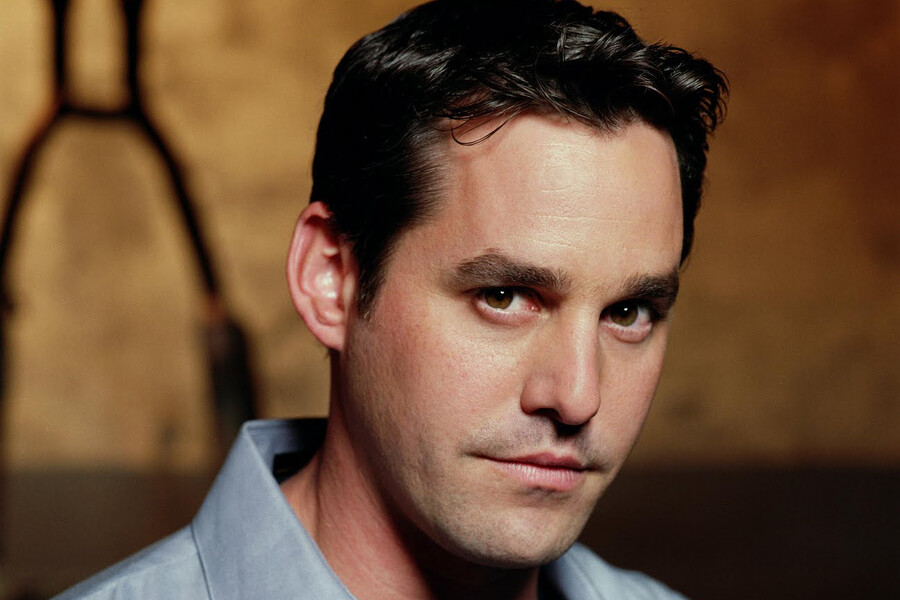 When accusations that Joss Whedon, creator of Buffy the Vampire Slayer, abused his power on multiple sets, few fans of his work seemed surprised. According to actor Charisma Carpenter, who had a recurring lead role as Cordelia Chase on Buffy and starred in its spinoff series Angel, Whedon created a toxic work environment and repeatedly harassed her on set. In a statement posted across the actress’s social media accounts, Carpenter revealed that the traumatizing experience of working with Whedon caused her anxiety and a chronic physical condition that she still struggles with today.

Carpenter’s statement comes directly on the heels of WarnerMedia’s investigation into workplace misconduct allegations levied against Whedon after he was hired as a replacement director on Justice League (2017) following Zack Snyder’s departure. In July 2020, actor Ray Fisher, who played Cyborg and worked with Whedon during post production on the film and its subsequent reshoots, wrote on Twitter, “[Whedon’s] on set treatment of the cast and crew of Justice League was gross, abusive, unprofessional, and completely unacceptable.” As a show of support for Fisher, Carpenter revealed that she had participated in WarnerMedia’s investigation, stating, “Despite my fear about its impact on my future, I can no longer remain silent. This is overdue and necessary. It is time.” In December 2020, WarnerMedia shared that they had concluded the investigation and claimed they had taken “remedial action.” Prior to the investigation’s conclusion, Whedon voluntarily stepped down from his role as showrunner for the upcoming WarnerMedia-owned HBO series, The Nevers, due to the pandemic, so it remains unclear what so-called remedial action was actually taken against him.

The allegations against the director and former Hollywood sweetheart—or whatever the male nerd equivalent of that is—span nearly the entirety of his onscreen career. While some fans of Whedon may struggle to understand how a man whose work has been lauded for its depiction of Strong Female CharactersTM and themes of empowerment could perpetuate the abuse he outwardly condemned, other fans were less shocked. In addition to accusations by Whedon’s ex-wife Kai Cole, who wrote a scathing essay for the Wrap in 2017 about her ex-husband’s faux feminism and predatory affairs, rumors have swirled for years about Carpenter’s untimely departure from Angel. However, feminists who are familiar with Whedon’s shows, including Buffy, Firefly, and Dollhouse, as well as his first two Avengers films, have long-since recognized the quiet (and not-so-quiet) misogyny directly embedded within his filmography. To understand Whedon’s nerdy repackaging of entitlement toward women and their bodies, one must look no further than the subtext of Buffy the Vampire Slayer, the series that initially launched him to success.

During Buffy’s seven-season run from 1997 to 2003, and even still today, comedic sidekick Xander Harris (Nicholas Brendon) became a frequent target of feminist ire. There are countless think pieces, forums, blog posts, and Reddit threads dedicated to fans’ burning hatred of the character, and the show’s insistence on framing him as morally correct when he’s quite clearly in the wrong. From the very first episode, Xander is positioned as the “nice guy” of the friend group—the wisecracking, lovable nerd who reads X-Men comics and doesn’t get a second glance from most women. As the everyman, Xander caters to an audience of men and boys who might relate to his average looks, inability to entice women, and his literal powerlessness up against the superpowered women he fights alongside. His friends and allies have varying degrees of usefulness in the fight to protect Sunnydale, which sits on a demon hellmouth: Buffy Summers (Sarah Michelle Gellar), Xander’s best friend and unrequited love interest, is imbued with vampire slaying abilities, and Willow Rosenberg (Alyson Hannigan), his other best friend and briefly-requited love interest, has ’90s-esque computer hacking skills and eventually becomes a powerful witch. Additionally, at any given time, he is surrounded by allies that range from friendly vampires and ex-demons to superstrong government soldiers and werewolves.

In any room he’s in, Xander is never the strongest, smartest, bravest, best looking, or even the most charming—he is utterly average in every way. In an early Season 1 episode, Xander sums up his character archetype perfectly when he says, “I laugh in the face of danger. Then I hide until it goes away.” Despite Xander’s mediocrity and inherent powerlessness in comparison to the women he surrounds himself with, one of his key character traits is his sexual entitlement. He regularly makes references to his perpetual horniness and sexualizes almost every beautiful woman he encounters. When he first meets Buffy, he immediately develops a crush on her, and despite her repeated rejections over the course of several seasons, he continues to wait for an opportunity to be with her. Xander pining over his best friend might not necessarily make him bad, but it’s concerning that he also harbors resentment toward every guy Buffy dates or shows interest in, occasionally even lashing out at her for daring to choose other men over him.

Worse, he views himself as a “nice guy” who is entitled to sexual and romantic relationships with the beautiful women he fawns over. Except Xander isn’t really a nice guy at all—his entire self-identification as a nice guy isn’t actually supported by his interpersonal relationships or behavior, and in fact, is often directly contradicted by them. Interestingly, Xander doesn’t simply act as a stand-in for sexually frustrated nerd boys in the audience who want to fuck women like Buffy; he is also, quite literally, Whedon’s self-insert character. Fans of the show had initially speculated about this, and Whedon confirmed it when he was interviewed by NPR in 2000, stating, “Xander is obviously based on me.” This was also reconfirmed during a panel at the 2011 Emerald City Comic Con when actor James Marsters, who played the vampire Spike, said, “[Xander] is Joss. That’s the way he sees himself.” As Buffy fans gain a clearer picture of Whedon’s behavior behind the scenes, it’s ironic that a man with a track record of abusing his power over women and people of color on set would align himself with a character whose primary character trait is powerlessness.

Xander Harris doesn’t simply act as a stand-in for sexually frustrated nerd boys in the audience who want to fuck women like Buffy Summers; he is also, quite literally, Joss Whedon’s self-insert character.

Why does a director and showrunner who weaponizes his power over his cast members to control them—and in the case of Charisma Carpenter, attempt to literally control her body and reproductive choices by pressuring her to get an abortion—get to hide behind a fictional facade of helplessness? Because he likes comics and wasn’t popular with girls in high school? Perhaps the most unlikely indictment of Whedon comes from the series itself, in a Season 6 arc that flips the concept of the harmless nerdy misogynist on its head. In the sixth season of Buffy—which notably featured the least involvement from Whedon, as he stepped down to an executive producing role to focus on other projects—a new group of villains called the Trio is introduced. The Trio features three socially inept, Star Wars-loving and comic book-obsessed boys who attempt to neutralize Buffy and take over Sunnydale. The group of seemingly harmless nerds evolves into a major threat over the course of the season.

After creating a mindless sex robot and being dumped by his girlfriend Katrina (Amelinda Embry), Warren Mears (Adam Busch), the leader and most malicious member of the group, creates a device to render his ex-girlfriend into a state of submission so he can force her to be his sex slave. However, before he is able to rape her, the device malfunctions, and when she tries to escape, Warren hits her over the head with a champagne bottle and kills her. Later in the season, Warren also fatally shoots Tara, a fan favorite and one of the few queer women characters in the series. Despite their inability to adhere to a traditionally idealized version of smooth-talking and muscled masculinity, the Trio’s proximity to nerd culture does not exempt them from causing harm. In fact, their self-identification as geeky underdogs is what provides them cover and their desire to acquire social power is what fuels their violence.

In an oft-cited acceptance speech for the “Men on the Front Lines” award presented by Equality Now, Whedon recalled a common question he received from reporters: “So, why do you write these strong female characters?” In response, he said, “Because you’re still asking me that question.” Though the response offers an empowering sentiment and makes for a highly quotable soundbite, he betrays his real motivations for writing fictional women within the same speech. He says, “When I created Buffy, I wanted to create a female icon, but I also wanted to be very careful to surround her with men who not only had no problem with the idea of a female leader, but, were in fact, engaged and even attracted to the idea.” He then went on to “jokingly” say that he writes characters like Buffy “‘cause they’re hot.” Whedon’s acceptance speech unwittingly reveals the contradictions, and similarities, within both his work and interpersonal relationships. Though he may have spent decades fooling Hollywood and his fanbase with his performative brand of feminist allyship, Whedon’s public persona was always a ruse to disguise the fact that he never actually respected strong women. He simply wanted to fuck them. 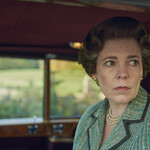