“The Bold Type” Must Be Bolder on Race | Bitch Media

The Bold Type is supposed to be fun, fresh, and unapologetic—an ode to “woke” young women and a revival of shows and movies like the Devil Wears Prada, The Hills, and 13 Going On 30 that follow women in the magazine industry. This particular rendition follows three friends navigating Scarlet, a Cosmopolitan-inspired women’s magazine. The Bold Type’s messaging toes the line between being abrasive and corny by centering the ever-evolving friendship between Jane (Katie Stevens), Kat (Aisha Dee), and Sutton (Meghann Fahy).

Yet, despite the show’s candidness on gender and feminism, it misses the mark on race—the one area where it should be bolder. The Bold Type features two main characters of color, Kat Edison (Aisha Dee), a spunky, Black, social media manager who is questioning her sexuality, and Adena El-Amin (Nikohl Boosheri), a lesbian Muslim photographer who confronts oppressive systems through her work and activism. The two cross paths after Adena refuses to be profiled in Scarlet, and Kat makes it her mission to change her mind. Their individual tenacity and collective chemistry links them together long before they begin exploring their romantic feelings for each other. As their romance blossoms, the contrast in their respective backgrounds, experiences, and politics becomes undeniably stark.

Kat’s lack of racial awareness is glaring in comparison to Adena’s constant reconciling of her interlocking identities. When Adena is detained in Iran for smuggling sex toys into the country, Kat attempts to start a hashtag to put pressure on the government to release her. She lacks caution in her planning, believing that good intentions and tweets will force the government to release Adena. In the end, Kat must have the severity of the situation explained to her by Sutton’s boss, Lauren (Emily Chang), who challenges her to “consider what this could do to Adena” and “think it through.” 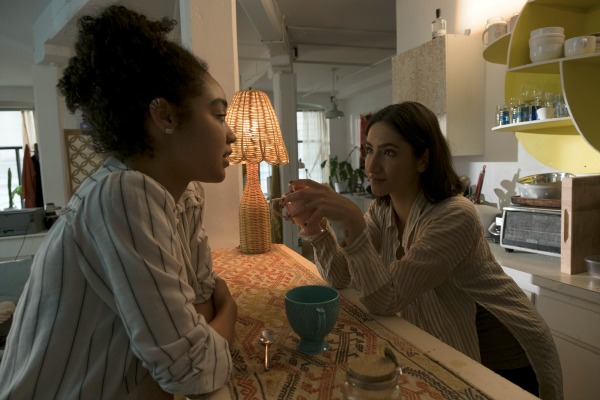 Kat is comfortable embracing feminism, but is much less willing to grapple with her other identities. Meanwhile, Adena is consistently navigating the real-world implications of being targeted for being Middle Eastern, Muslim, and queer. This drastic difference creates a chasm between them when Kat is arrested for assault after defending Adena against an Islamophobic attack. Adena flees the scene because a potential arrest could have a negative impact on her visa application. It becomes clear that Kat has difficulty understanding Adena’s struggles—or the danger she put herself in—because of her presumed racelessness and lack of personal experience with racism.

There is no acknowledgement of Black women often being arrested for addressing racial violence, as we’ve seen in the iconic photo of Ieshia Evans at a protest in Baton Rouge, Louisiana. While standing still in a dress, Evans is swarmed by officers covered in riot gear who are seemingly threatened by her very presence.

The Bold Type somehow exists in a world where events like these don’t happen, so the realities of police brutality go unaddressed. In the real world, police officers would not see Kat as raceless, so framing her as a neutral buffer between a racist and a fellow marginalized person is unrealistic. According to the Washington Post’s 2016 analysis, Black Americans are 2.5 times more likely than white Americans to be shot and killed during encounters with police officers. By failing to address how Black women experience racism, the show makes its sole Black female character unbelievably neutral, and turns Adena, a queer Muslim woman, into its most heavily politicized character. 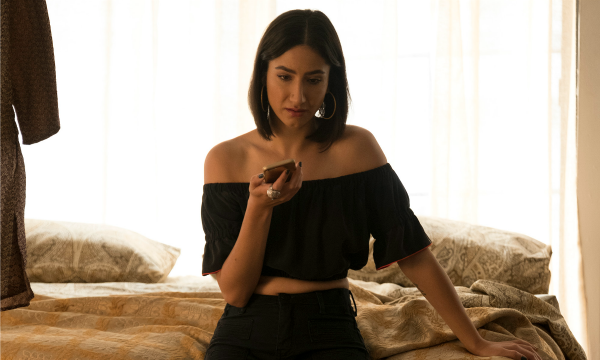 The show’s silence on the issue is particularly upsetting considering Kat is a social media director in a moment when the medium is integral to our national dialogue about police brutality. The show asks us to believe that a Black woman who navigates social media for a living has never seen one of the many unnerving, painful, and recklessly posted videos of Black people dying at the hands of police. This disconnect is a major red flag on a show that’s supposed to ask the “tough questions.” In contrast, The Bold Type consistently addresses Adena’s politics and oppression while also exploring her intimate relationships with Kat as well as her ex-girlfriend. Those details give Adena dimensions while Kat’s Blackness is treated as an aesthetic difference, which creates an ineffable hollowness.

She appears to be the only Black woman in a leadership position at Scarlet, but her unique experience as a woman of color working for a largely white feminist magazine is never articulated. Kat doesn’t acknowledge her Blackness and neither does Scarlet.

When Kat makes a controversial statement on sexism in the tech industry, she’s bombarded online with sexist slurs and rape threats. Her nude photo is even leaked on Twitter. The show uses the harassment to reflect on how women are trolled online, paying special attention to the psychological toll it takes on Kat, but yet again failing to address her unique positioning as a Black woman. Undoubtedly, she would have experienced both sexist and racist attacks as 25 percent of African Americans have been racially harassed online and women are twice as likely as men to be harassed online. With the platform and visibility of someone who works for a major magazine, Kat is at an even higher risk of receiving racial and gendered attacks online. 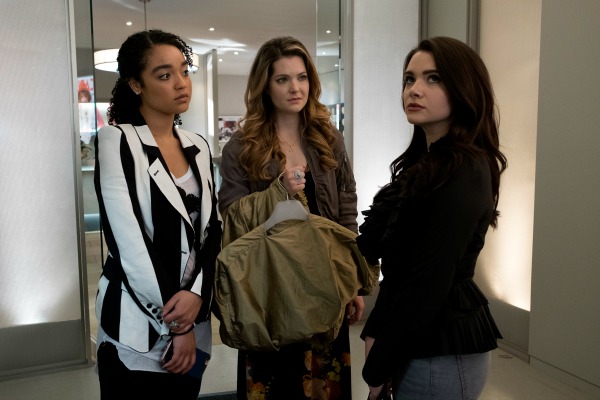 Regarding all women as interchangeable to promote “unity” is a disservice, and results in the erasure of the women whose differences—and their systemic consequences—are not accounted for. These plot holes miss an opportunity for The Bold Type to be intersectional in its scope, and imply that its characters somehow exist in a post-racial society. For a show that seems to have an opinion on everything, a lull in the conversation arises wherever Kat’s race and gender meet. This silence is unnerving and boring. As a fan, I want better. As a character, Kat deserves better. After meeting her for the first time, Kat is taken aback by Adena’s inflexibility and principled stand against having her art showcased in Scarlet, which she calls a “completely un-feminist magazine.”

Kat’s internal conflicts have been explored through friendship, an unexpected crush, online harassment, heartbreak, and difficulty managing an employee. The more inside of her is revealing itself, but the Bold Type’s lack of commentary on how her race impacts how she’s perceived only limits her character’s progression. Acknowledging Kat’s race would broaden the show’s politics to incorporate all women, making it bolder than it’s ever been.