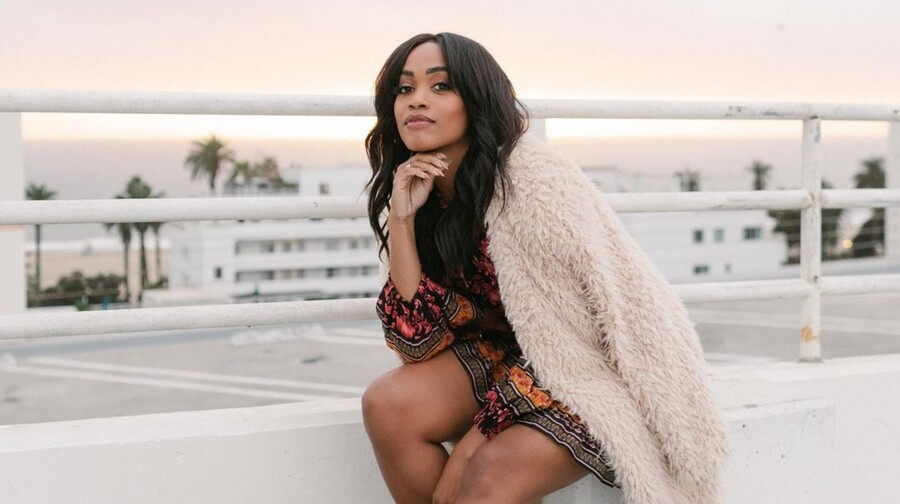 In the last five years, Rachel Lindsay has become a star. A contestant on the 21st season of ABC’s The Bachelor, she was thrust into stardom as the lead of the 13th season of The Bachelorette—and the franchise’s first Black Bachelorette. Lindsay’s time in the spotlight was complicated: She faced racism from the show’s viewers, but also had to contend with Lee Garrett, a suitor whose racist and sexist tweets resurfaced a few weeks into her season. But Lindsay weathered it all with poise and grace, and came out on top. She’s still married to Bryan Abasolo, the winner of her season—a franchise rarity—and now hosts, along with former Bachelorette Becca Kufrin, the Bachelor Happy Hour podcast; she’s also the cohost of The Ringer’s Black culture–focused podcast Higher Learning. To her nearly one million Instagram followers, Lindsay is a beacon of positivity and promise, and remains the face of the Bachelor franchise’s future, one that promises to take it to better, more thoughtful, and more diverse heights.

She has also, in many ways, become the built-in key to solving the empire’s ongoing problems with racism.

This week, Bachelor host Chris Harrison shocked Bachelor Nation when he announced via Instagram that he would step away from the position for an indeterminate length of time. The move followed Harrison’s own response to the allegations of racism within The Bachelor’s newest season. Twenty-nine-year-old Matt James, in many ways Lindsay’s male counterpart, is the long-running show’s first Black bachelor. Like Lindsay, James found himself with a maybe-racist within his would-be love interests: Rather than a Lee Garrett, he has 24-year-old Rachael Kirkconnell. Kirkonnell quickly became a frontrunner to win his season and find love with James, but came under criticism in Bachelor circles when photos from an antebellum plantation-themed fraternity formal in 2018 bubbled to the surface. Yet again, the franchise was forced to reckon with racism, and to decide how it wanted to deal with what was problematic, to say the least. And so, it became another problem for Lindsay to fix.

What of Matt James’s anti-racism responsibilities? Though James might, on the surface, seem like Lindsay’s counterpart, he hasn’t at all been thrust into the spotlight in the same way. While Lindsay became the racism-solver, James has been relatively quiet in comparison. Though he has stepped into some conversations around racism, he hasn’t had the responsibility foisted upon him. He spoke out about racism on The Bachelor, but waited until Lindsay did so to join in; instead of starting up a conversation, he posted an Instagram Story, writing, “I am beyond [grateful] to have Rachel as a mentor during this season. Your advocacy of BIPOC people in this franchise is invaluable, I stand with you and the rest of the women advocating for change and accountability.” He is also, many believe, a “secret Republican,” and has made a number of bizarre statements about race during his Bachelor tenure. In the premiere, for instance, he told Harrison that he was nervous about the season. “It’s like, I don’t want to piss off Black people, I don’t want to piss off white people, but I’m both of those, you know what I mean? It’s like, how do I please everybody?” and, just two weeks ago, defended Kirkonnel when rumors first arose, saying he didn’t want to give into “dark and nasty” rumors.

And so, we return to labor expected of Lindsay. On the February 12 episode of the Higher Learning podcast, Lindsay discussed her conversation with Harrison about the issue. While she wasn’t forced to take on the problem, she had little choice: As a decent person, and a Black woman, how could she be the face of a franchise and not bring up and challenge its baked-in racism? Of her conversation with Harrison, she explained, “I phrased the question, ‘What are your thoughts about the allegations against Rachael?’ And then he went off.” Harrison’s response was disappointing: “My guess? These girls got dressed up and went to a party and had a great time, they were 18 years old. Now, does that make it okay? I don’t know Rachel, you tell me. Were we all looking through [that lens] in 2018?” Harrison also used the term “woke police” to describe those who were, he charged, “tearing this girl’s life apart.” Lindsay also noted that he cut her off while she was speaking, again and again. Harrison proved that he himself as the show’s host, and as a pop culture figure, would continue to prioritize the feelings of white women over any real valuing of Black people—including the Black people who were acting as the literal faces of the show and doing its heavy lifting.

Harrison’s response was obviously frustrating, but I found myself more concerned about Lindsay herself. When she agreed to be the Bachelorette, she was, of course, stepping into the fun and fanciful reality-TV fishbowl, but she was also opening herself up to vicious, ongoing harassment and hate. It feels misogynistic and racist that she was immediately shoved into this role of handling race relations. Lindsay is assuredly smart—prior to coming on the Bachelor, she was a lawyer—and definitely has a much better handle on anti-Blackness and racism than past Bachelorettes. She also paved the way for future Bachelorettes of color like Season 16’s Tayshia Adams, the first Black and Latina lead. Writing about Adams in The Hollywood Reporter, Lindsay asserted that “In light of what we’re going through in 2020, you have to talk about race. Race has to be a part of the conversation. We can’t ignore it just because of ‘the Bachelor bubble.’” Lindsay has used her platform for education and advocacy on race: Her Instagram profile photo is of Breonna Taylor, she’s written about protests against police brutality for the likes of ABC News, and she’s encouraged her audience to have uncomfortable conversations about race and to shop at Black-owned businesses. In a March 2020 “Women Tell All” episode, Lindsay led a conversation about online harassment and tearfully shared her own experiences with racism and hate mail.

Rachel Lindsay has, in many ways, become the built-in key to solving the empire’s ongoing problems with racism.

In a sea of white girls who have spent their post-Bachelor days and used their Bachelor fame to do little more than shill juices and MLMs, Lindsay is a standout, and sets a new tone for future hosts. This is, of course, a good thing. But why is it on her to continue to make sure that a huge, decades-running, money-making franchise doesn’t forget about racism and race? Why doesn’t she get to just have a fluffy podcast about love and romance? Why isn’t she spending her days doing nonsensical PR campaigns for face masks and leggings? (Admittedly, she does some of this too.) It’s not shocking that Lindsay has become this go-to for the franchise. Black women in industries all over find ourselves handling racism in the office and writing Black History Month emails and trying, very nicely and very carefully, to convince our bosses and other senior employees to maybe not do that thing that they think is celebrating another culture but is in fact simply racist.

But that doesn’t mean it’s okay. It’s even trickier for Lindsay to make changes to the franchise considering its audience base. Harrison’s own Instagram post about no longer hosting the franchise is filled with comments defending him—“The [B]achelor is not complete without you” and “This is so blown out of proportion”—along with advice like “Don’t cower to the bullies.” Kirkconnell’s own Instagram apology is likewise flooded with support, heart emojis, and people assuring her that this “drama” is a “learning experience.” And the r/thebachelor subreddit, launched in 2012, has become a fiery disaster, with users regularly complaining about how the show has gotten too “PC” and isn’t fun to watch anymore now that it’s talking about social issues—read: there aren’t enough white girls—prompting the creation of r/TheBachelor_POC, a “subreddit for intersectional discussion of Bachelor Nation and its spinoff” in June 2020.

It’s hard to be Black in the world of the Bachelor. But a Black Bachelorette’s job is made heavier by the weight we hoist upon the shoulders of any Black woman in pop culture, making it her job to solve racism and anti-Blackness right now, for all of us, so that we can go on living our lives and thoughtlessly consume our favorite shows and films. If they fix it, we don’t have to. As of this week, Lindsay has decided she won’t renew her contract with The Bachelor. On Higher Learning, she said, “I’m fucking tired. I’m exhausted. I have truly had enough.” And I don’t blame her. Who, now, will carry the torch of ending The Bachelor’s racism? Will it be Matt James? Tayshia Adams? Maybe Black contestants and franchise leaders will simply decide it isn’t worth the time and effort. Whatever happens next, the franchise has made it clear that simply ousting Harrison—likely just long enough for the public to move on and forgive him, as the cycle of media men goes—isn’t enough to scrape the racism from its bones, or from its audience. But one thing is true: it’s not Rachel Lindsay’s fucking problem.

Read this Next: Viewers Over Decency 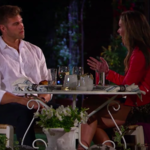 by Rachel Charlene Lewis
“The Bachelor” franchise is willing to toss women into the flames of abuse for bigger ratings.

Being and Reclaiming Ourselves

“For the Dick” Is a Challenge to Stop Policing Black Sexuality