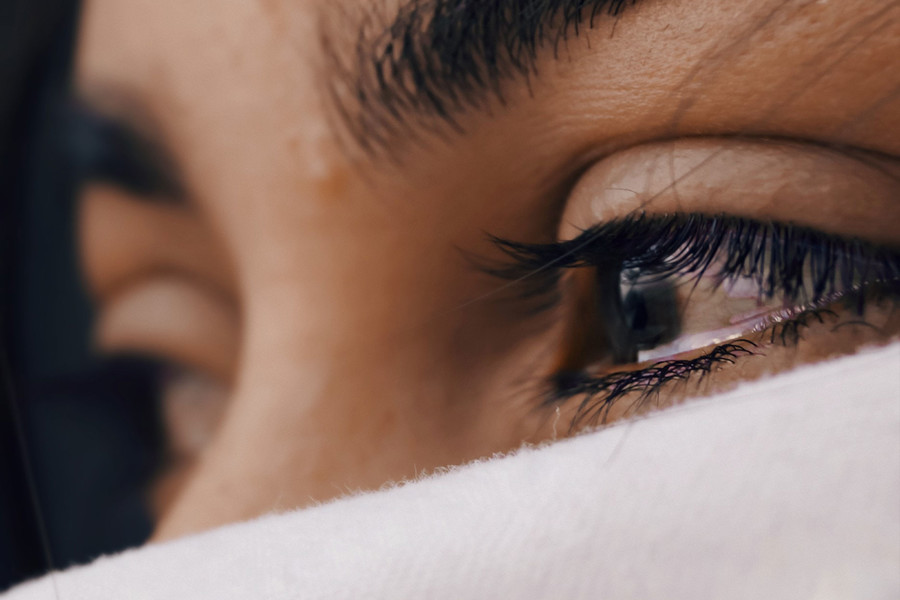 Domestic violence is often talked about in statistics or broad statements, such as the most dangerous time for a woman in an abusive relationship is when she’s trying to leave. Advocates fight for stricter gun laws that keep firearms out of the hands of abusers and discuss high-profile celebrity cases, like Ray Rice or Johnny Depp. There’s an emerging conversation about domestic violence preceding mass shootings—a canary in the coal mine of sorts. But what are we overlooking when we talk about domestic violence? What nuances get flattened in our cultural narratives? What realities do we fail to recognize when we mistake an incredibly common experience for a niche or private matter? These are the questions that journalist Rachel Louise Snyder aims to answer in her new book, No Visible Bruises: What We Don’t Know About Domestic Violence Can Kill Us.

Snyder’s book focuses on the realities of domestic violence—beyond the headlines, the numbers, and the preconceived notions we have about perpetrators and victims. No Visible Bruises weaves breathtaking storytelling with in-depth research about everything from family annihilation to rehabiliting abusers to thinking beyond shelters as a sole resource for victims. There are stories in the book that I still can’t shake—like children going to school for the last time because their father killed them and their mother that night or victims often urinating or defecating when they’re being strangled because their bodies are beginning to die.

No Visible Bruises is the most harrowing account of domestic violence that I have ever read. It is a vital piece of literature about an oft underreported and misunderstood issue that will raise awareness, serve as a catalyst for important conversations, and save lives. I had the immense pleasure of chatting with Snyder about No Visible Bruises, about the ways in which our conversations about domestic violence need to change, and what comes next in the fight against it.

You write that domestic violence often precedes mass shootings—almost like a “canary in the coal mine.” Adam Lanza killed his mother before killing students at Sandy Hook, for example. Can you talk a bit more about why it’s important to reframe the way we talk about the relationship between domestic violence and mass shootings?

One of the biggest problems with domestic violence is just the silence around it. [We assume that] it happens behind closed doors, but in fact, it happens all the time around the country. I was shocked to learn that [with] the [1966 shooting] at the University of Texas, [which is] sort of the first mass shooting in America, [Charles Whitman killed] his wife and mother the night before. I had no idea. [The D.C. Sniper] John Allen Muhammad wanted to kill his wife, [so] his ultimate plan was to cover up his wife’s murder.

This gets to the gendered view of domestic violence [as] a woman’s problem. Hillary Clinton said in the mid-’90s that women’s issues are human-rights issues, and we still have to shout that phrase because our policies suggest that we’re [not] recognizing that. Think about the Violence Against Women Act (VAWA), for example: How could that have become politicized? I was in Montana a couple of years ago, and a Democratic State Senator told me [that] they were having a debate in their Congress. One of her counterparts from the Republican Party said, “I don’t even know why we’re having this debate. This is a private issue. It’s in their family. It’s not for us to take care of.” No, it’s a crime!

In any other context, somebody doing this to someone else would be charged with some sort of criminal conduct. And yet we tolerate it. There was no federal law in this country against beating one’s spouse until 1984. It’s chilling to know how recent these [protections] are. On the other hand, it gives me hope because we’ve made a lot of progress since 1984. We’re not there, but when I started researching this book in 2010, the thing that was [on] my mind constantly was, “No one wants to read a book about domestic violence.” And now we’re having a national conversation about it. When you’re in the midst of [change], it seems slow, but if you take a long view, we are making progress.

Can you talk a little bit about how the gendered aspect of this affects the people who perpetrate domestic violence?

I’m sure that it’s upsetting to victims when I say this, but I think perpetrators need to be included in [these] conversations. I think they need to be heard and listened to. We don’t move the dial when we refuse to listen to each other. When I was sitting in on batterers’ intervention groups and listening to abusers talk, I knew that they could be manipulative. I know they’re going to put on their best behavior for me. It’s patronizing to think that I don’t go in with that awareness. But that doesn’t matter to me. They’re still people [and] I still want to hear their stories. So many of them—by far the overwhelming majority—[were] sexually assaulted as children. That doesn’t excuse their behavior, but it contextualizes it. We cannot continue to address domestic violence in its aftermath; we have to create programs for children.

There’s a group called Camp Hope that is wonderful for kids [who are growing up] in households [with] domestic violence. But we don’t do enough. In the ’70s and ’80s we were building shelters [because] we thought that was the response to domestic violence. [Shelters are] necessary sometimes, but shelters also underscore a philosophy of silence because we’re literally taking victims and putting them away. [We’re] hiding them from society. We still need shelters. Our shelters are chronically underfunded, but we now have so many other intersections [of] domestic violence to advocate [for].

Your book makes clear that this is power in storytelling. We see this with a lot of issues, like abortion storytelling and the #MeToo movement. Why is storytelling such an effective tool?

We’re in the golden age of storytelling. Anecdotal evidence is not useful from a scientific or research perspective, but a story is useful for understanding—not only common humanity but the language of empathy. I can’t tell you how many people have asked me if I was a victim of domestic violence and if that’s where the book came from. The feminist in me is like, “Do you ask your male journalists that same question?” But the less snarky side of me is like, “Why do I have to have endured something to be able to listen to a story and be empathetic about it?” 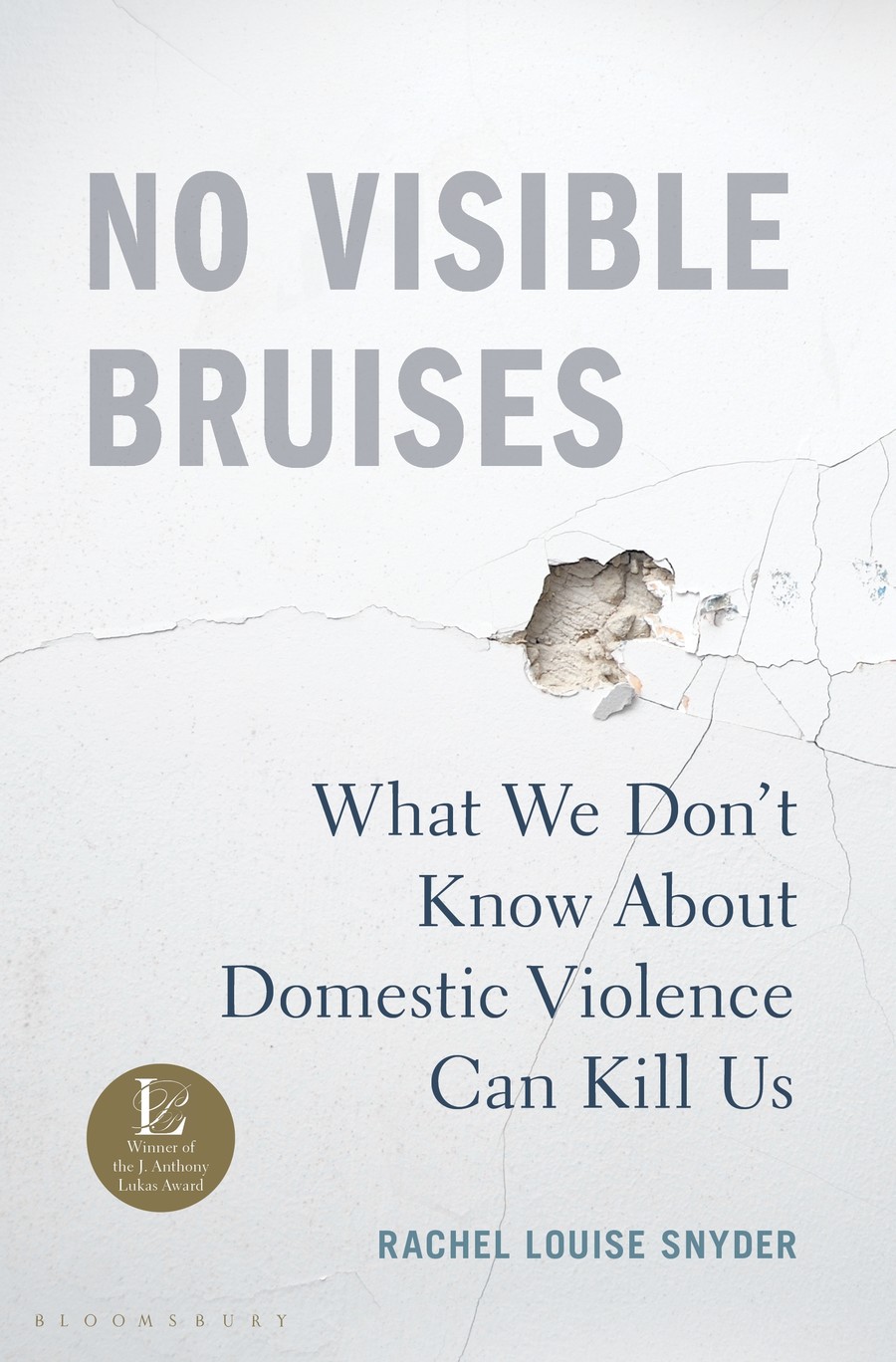 No Visible Bruises: What We Don’t Know About Domestic Violence Can Kill Us by Rachel Louise Snyder (Bloomsbury Publishing)

Do you think part of the reason why we have a hard time having honest conversations about these issues is because we see ourselves in them or we would have to have hard conversations with the people we know?

That’s part of it; it’s hard to look inward. We [also] don’t recognize ourselves because we [have] these stereotypes [about] victims and perpetrators. Whenever you see any kind of domestic violence homicide or domestic violence story, [a] really dark image always accompanies it. [While] that image is an accurate representation of what it feels like to be inside a moment of terrifying violence, [it also] doesn’t [offer] any context. [That image] doesn’t show that these are real people in a real relationship who’ve actually had happier times.

I’ve been in that situation myself. I’ve been in relationships where I’m like, “That seems bad.” But is it domestic violence bad? Is it verbal abuse bad? I didn’t have answers to those questions, and that’s part of [the reason] why I started researching this book. I didn’t know where [to draw] boundaries for myself. We associate victims and perpetrators [with being] poor, Black [or] people of color, [and] economically disenfranchised. And that’s because if you have a little bit of money or if you’re white, you have the privilege of getting out of trouble most of the time.

Can you talk a little bit about the invisibility element of domestic violence—or the idea that just because we can’t see it doesn’t mean it’s not there.

Police [officers] need to be trained to recognize signs of strangulation that are not visible. They need to be trained [to understand] why victims act the way they act when an abuser shows up—fear of retaliation and all that stuff. But victims also seek help from their clergy, from friends, from coworkers, so it is really on us to continue telling these stories so that other people can understand where to draw their own boundaries. That’s partially [the reason] why this national conversation is so important. None of us know that really low-level fundamental stuff. We all have questions—and those questions need to be answered.