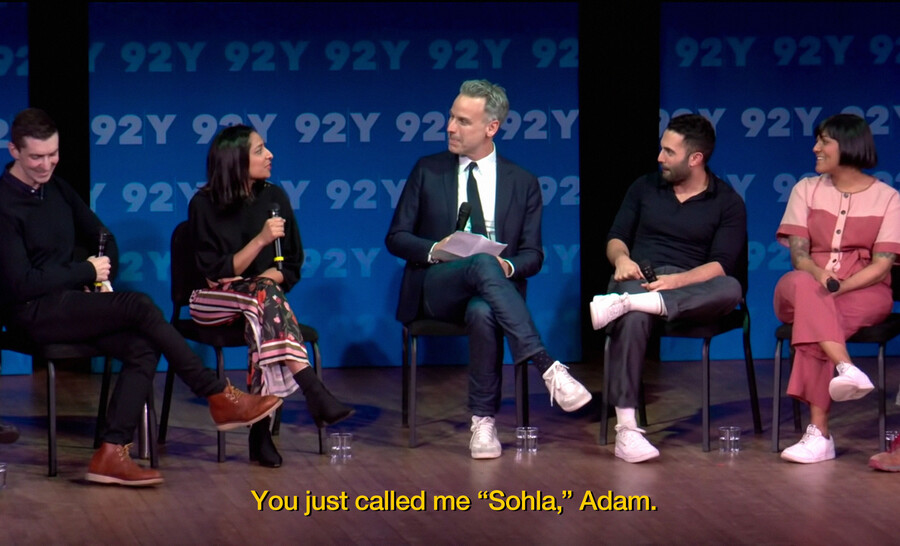 My boyfriend and I have fallen into a routine during this quarantine: After work, we warm up some leftovers and watch Bon Appétit’s Test Kitchen on YouTube. We’ve learned how to pickle, make short ribs, and zhoosh up a pantry pasta, all while falling in love with the publication’s video team. I became more familiar with foods I love, but have often butchered in execution, like dakbokkeumtang and Spanish tortillas. Though the talent has always skewed more white, I was excited to see folks like Sohla El-Waylly, Priya Krishna, and Rick Martinez imbue their videos with exquisite culinary expertise and a connection to their homes. Watching their videos helped me imagine a future where people of color can share their food culture in a way that feels authentic, rather than downplayed and judged through a lens of whiteness. Naturally, the camaraderie and equality was a ploy.

On June 8, freelance food writer Tammie Teclemariam tweeted images of Bon Appétit’s editor-in-chief Adam Rapoport (who occasionally participates in Test Kitchen videos) wearing brownface and pretending to be a Puerto Rican, complete with the gold chain. Tecelmariam’s tweet came mere days after Illyanna Maisonet, the first Puerto Rican food columnist in the United States, criticized Bon Appétit for rejecting one of her pitches about Afro-Boricuas who make regional rice fritters, writing, “One of the editors said ‘sounds like a story that could have been told 5 years ago.’ And they published another Euro-ingredient story. Bet if I pitched it today, they’d buy it.” Rapoport responded to Maisone’s complaint via a private message on Instagram; though he acknowledged the publication’s lack of Puerto Rican cuisine, he still remained defensive. “At BA, compared to Saveur, readers expect stories to reflect what’s happening ‘right now’ in the food world,” he wrote. “And that’s *generally* what we try to do.”

Rapoport then said that Test Kitchen contributors, including Martinez, Krishna, and Andy Baraghani are able to create regional recipes because they’re staffers (Krishna is a contributor), and that it’s harder for a freelancer because they have to keep up with Bon App’s mission of chronicling what’s current and accessible. “Accessible. As I leave this discussion, you should really focus on that word,” Maisonet responded. “ Because even after all this, that’s what you’re always going to focus on. What’s accessible [equals] what’s comfortable.” Maisonet and Rapoport’s conversation is especially ironic considering Bon Appétit called for more “diverse” pitches and Rapoport published a “Food Has Always Been Political” editor’s letter on May 31.

In his editor’s letter, Rapoport wrote that Bon App has “been reckoning with our blind spots when it comes to race. We still have work to do. But one thing I know is that our editorial mission—besides recipes and home cooking—is to cover the most important stories of the moment as they relate to food.” Rapoport’s “blind spots” extend beyond what food Bon App chooses to highlight. In an interview with Business Insider’s Rachel Premack, his assistant, Ryan Walker-Hartshorn—the only Black woman on staff—said that Rapoport treated her “like the help.” Walker-Hartshorn often performed tasks outside of her official duties like cleaning Rapoport’s golf clubs, fetching his son’s passport, and teaching his wife how to use Google Calendar. When Walker-Hartshorn requested a raise (she makes $35,300 a year), Rapoport told her, “Well, maybe you should consider that this is not the right job for you.”

As a freelancer who’s both Mexican and Puerto Rican, the idea of what is or is not the “right job” isn’t wasted on me, nor is it wasted on other food writers of color who’ve faced lower rates, countless comments about what is “palatable,” and derision when we speak up for ourselves. These statements about “doing better” are merely for show—to keep eyeballs on Test Kitchen and protect Bon Appétit’s profit margin. Even though white editors, like Rapoport, say they’re “reflecting” or they’re publicly recognizing their complicity in keeping food media white, their empty promises don’t always translate into a diversified staff or the current staffers of color being paid their fair share. In fact, the Test Kitchen contributors who Rapoport touted in his response to Maisonet are the very ones not being paid for appearing in these videos.

In a series of Instagram stories published on June 8, El-Waylly said that she was paid only $50,000 to be Bon App’s assistant food editor, though she had more than 15 years of professional experience. (This woman made carbonara into a dessert, y’all). In an effort to “fix” Bon App’s diversity problem—at least publicly—the publication’s editors pushed El-Waylly to appear in Test Kitchen videos, though that duty was outside of her job description. Unlike her white colleagues, El-Waylly and the other people of color who appear in Test Kitchen videos aren’t paid extra for their appearances. El-Waylly subsequently told BuzzFeed News that she demanded a salary raise in May after she complained that her pay didn’t reflect her work, but she hasn’t been compensated for appearing on video.

Rapaport’s brownface photo was the last straw: “I was just too angry to not say anything,” El-Waylly said to BuzzFeed News. “I was thinking about posting a message like this before…but [the photo] just made me feel like, why not? I don’t owe these people anything. They haven’t treated me well, so fuck it.” (Don’t forget: Rapoport mixed up El-Waylly and Krishna at a February 2020 panel at the 92Y). After multiple staffers called for his resignation, Rapoport stepped down on June 8. Bon App staffers, including Molly Baz, Chris Morocco, and Alex Delany are also calling for equal pay for El-Waylly and others who were affected, and are refusing to appear in videos until Condé Nast rectifies the payment disparity.

Condé, of course, is standing firm in their stance that they “go to great lengths to ensure that employees are paid fairly, in accordance with their roles and experience, across the entire company.” This is where the problem of food media—and media at-large—lies. Media executives and others at the top of mastheads perpetuate inequality and discriminate against staffers of color, until they’re dragged online by current and former employees (see also: New York Times and Refinery29) and even then, these execs stick to their beliefs in the “old guard” or the idea that the labor has been distributed accurately and people are compensated fairly. But as a brown woman, I know that’s not true in food media and otherwise. Countless times, I’ve had to do sensitivity readings or step in to help someone who’s paid more than me but is ultimately less experienced.

I’ve heard horror stories from Black and brown writers about being lowballed by editors or subjected to editing processes in which editors tell them their ideas are too unconventional, aren’t current enough, or their culture is too confusing to be palatable to white readers. This isn’t just an issue in media: I’ve seen similar scenarios play out in classrooms and in the workplace. Not only do people of color spend hours performing invisible labor that protects the company’s reputation, but we also aren’t compensated equitably for the amount of work we’re tasked with doing. And the people of color pushed to the forefront must be palatable to white readers, viewers, and leadership without challenging the status quo. (It’s interesting that there’s not a single Black Test Kitchen member.)

Though there’s a broader spotlight on Bon Appétit’s failures right now, they’re working from an old playbook. It’s a story as old as time—and now that publications are scrambling to take a stand to shield themselves from criticism and protect their bottom line, Black and brown employees aren’t going to stand for this continued posturing without actual systemic change. We don’t need to because we hold all the cards now. I foolishly once believed that I needed my culture to be trendy in order for others to share my joy, but trendiness just means bastardization. Don’t tell me that a story about pastelón or fufu is not accessible, but that pierogies are. If you want our bodies at the table, then you have to accept our ideas—and pay us for them too.

Read this Next: In Bad Taste 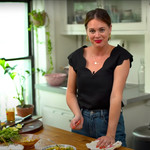 by Shailee Koranne
We continue to enable the conditions in the food industry that marginalize chefs and food personalities of color.