Tentacles of TerrorWho’s Afraid of a Big, Black Ursula? 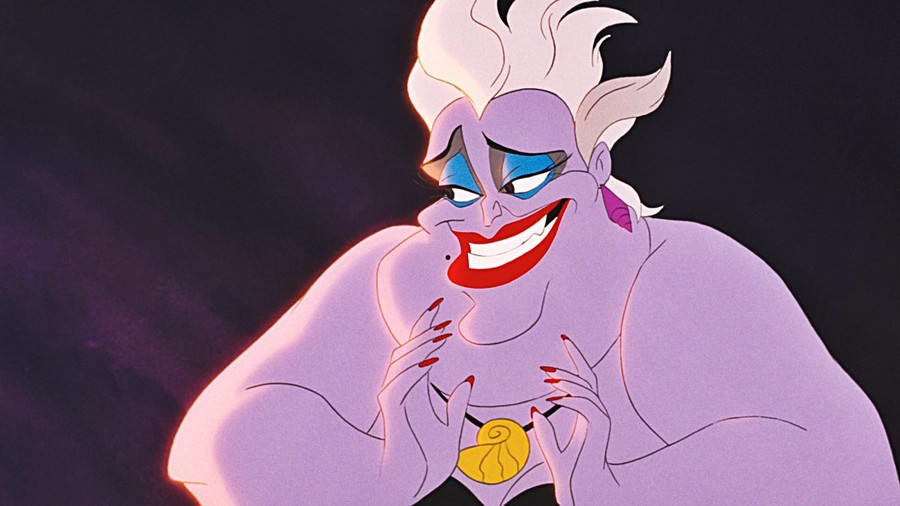 Long before Disney announced that singer and Grown-ish actress Halle Bailey will play Ariel in its live-action remake of The Little Mermaid, social media was buzzing about who would take on the story’s larger-than-life antagonist Ursula. Last October, there were rumors that Disney was considering Lady Gaga for the role, much to the chagrin of some fans who thought that a fat person should bring the purple sea witch to life. Lizzo vehemently threw her hat in the ring, posting her own cover of “Poor Unfortunate Souls” on Twitter while dressed in full costume and makeup. (Her video caption aptly read, “I’M URSULA. PERIOD.”)

Black Twitter users advocated for an array of different plus-size Black actors, including Mo’Nique, Queen Latifah, Jill Scott, Amber Riley, Titus Burgess and Glee’s Alex Newell, the latter of whom have performed dazzling renditions of Ursula’s signature tune, to be considered. Needless to say, these fans were disappointed by the news that Melissa McCarthy is in early talks to take on the iconic role. As is often the case, there’s been backlash to the backlash: For some people, the assumption that Ursula would be best portrayed by a Black woman, though the cartoon isn’t canonically Black, isn’t voiced by a Black woman, and isn’t inspired by a real-life Black woman was, at best, confusing and, at worst, racist.

“The problem is that there’s nothing indicating Ariel should be white whereas ppl are saying Ursula should be Black based on stereotypes: her heavy makeup, her mannerisms, her body type…when in reality they’re just associating those things with Black women, and that’s not okay,” college student Laura Comino tweeted. Some Twitter users, many Black, reiterated that white drag queen Divine inspired Ursula, and therefore, Black people are attempting to lay claim to a piece of culture that isn’t theirs. There are also concerns over the racial optics of a Black woman stealing a white woman’s voice, as if Ursula was motivated by jealousy instead of a larger, sinister desire to take over Ariel’s father’s kingdom.

Since 1989, Disney has reimagined the role of Ursula with Black performers like Merrin Dungey in ABC’s Once Upon A Time and Whoopi Goldberg in the Disney Channel Original Movie Descendants 2. Annie Leibovitz even shot Queen Latifah as Ursula for the 2011 Disney Dreams Portrait series. And yet, perfunctory objections and casual misreadings have a single commonality: a shared discomfort in a Disney villain being Black, overweight, loud, flamboyant, and allegedly immoral. Being apprehensive about a Black Ursula is an aggravating but intriguing case study of the lingering perceptions of fat Black women characters. It’s also a testament to the insidious nature of white supremacy, which has been controlling and manufacturing images of Black women for centuries.

In her newly released book, Fearing the Black Body: The Racial Roots of Fatphobia, sociologist Sabrina Strings charts how Black women’s bodies have been used throughout history to “craft and legitimate race, sex, and class hierarchies” while they’ve been simultaneously excluded from Western ideals of beauty. Strings concludes that the introduction of race science in the late 17th century, Protestant notions about overconsumption, and the European vilification of Black women’s exaggerated features gave rise to the cultural fear and sexual degradation of fat Black women. As a result of these stereotypes, fat Black women have been misrepresented as desexualized “Mammies” in books and onscreen, including in Harriet Beecher Stowe’s 1852 novel Uncle Tom’s Cabin, in Gone With the Wind, in Imitation of Life, and in marketing for a number of household items.

But unlike the “Mammy” stereotype, Ursula isn’t sweet or complacent: She’s unabashedly fraudulent and mischievous. To fatphobic viewers, her size may seem like an extension of her wrongdoing. A Black Ursula, who swindles poor, suspecting (white) Ariel and her merfolk, may closely resemble a “Welfare Queen,” the 1970s Reaganite caricature of a poor, Black, single mother who abuses government resources and takes advantage of hardworking American taxpayers. Stereotypical notions about the relationship between greed, obesity, and class status lend themselves to anti-Black imagery that has made fatness a moral crisis for Black people, especially Black women.

When Ursula takes advantage of desperate, unfortunate merfolk, she does so by striking fraudulent deals for the sake of her own ambitions. While the “Welfare Queen” doesn’t have a singular ambition, Ursula is linked to this stereotype because she exists in the darkest depths of the ocean and refuses to attain money, power, and stability in an acceptable manner that benefits other members of her social class. Inevitably, a Black Ursula invites all of these historical concepts and racist baggage about fat Black women back into our consciousness, but a culture that glorifies female scammers in movies and TV shows like Good Girls, Trinkets, Claws, Ocean’s 8, and the upcoming Hustlers movie should be more welcoming toward an under-the-sea antiheroine.

Like the fairy-tale genre’s most dynamic supervillains, Ursula’s nefariousness can be considered more sympathetically: In Disney’s 1989 film, Ursula is banished from King Triton’s kingdom for unexplained reasons. The 2006 documentary, Treasures Untold: The Making of Disney’s The Little Mermaid, asserts that Ursula was originally written as Triton’s forsaken sister, but that concept was ultimately cut from the final script. While the film doesn’t explore if Ursula deserved to be exiled, a domineering, paternalistic man punishing an equally assertive and confident woman should shape our perception of Ursula’s character. We should also celebrate Ursula so audaciously bending the boundaries of cisgender expression, female respectability, and traditional beauty—all of the puritanical standards that classic Disney films have imposed on their female protagonists, including Ariel.

The tactics Ursula uses to regain power may not be morally justifiable, but they don’t need to be. Her over-the-top, campy performance is enjoyable to watch and elevates the entire film. That’s one of the reasons it’s been so disappointing that some Black Disney fans aren’t invested in a fat Black entertainer taking on such a legendary role. I often have anxiety about how I’m perceived in public spaces as a fat Black woman. Am I considered a threat? Am I deemed unattractive? Am I invisible? This forced self-awareness can cause health issues for many Black women, with studies linking hypervigilance to chronic stress and chronic stress leading to fatal consequences for Black babies. However, weaving these valid anxieties with internalized fatphobia does a disservice to fat Black women who should be given the creative leeway to be villains onscreen without it being considered inherently negative. We should be able to exhibit bad behavior onscreen with the same coolness and perceived badassness granted to skinny, female characters.

Read this Next: Backtalk: Recasting a Disney Princess 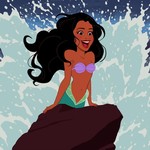 by Amy Lam
This week, Dahlia and Amy talk about the live-action casting for Disney’s “The Little Mermaid.”