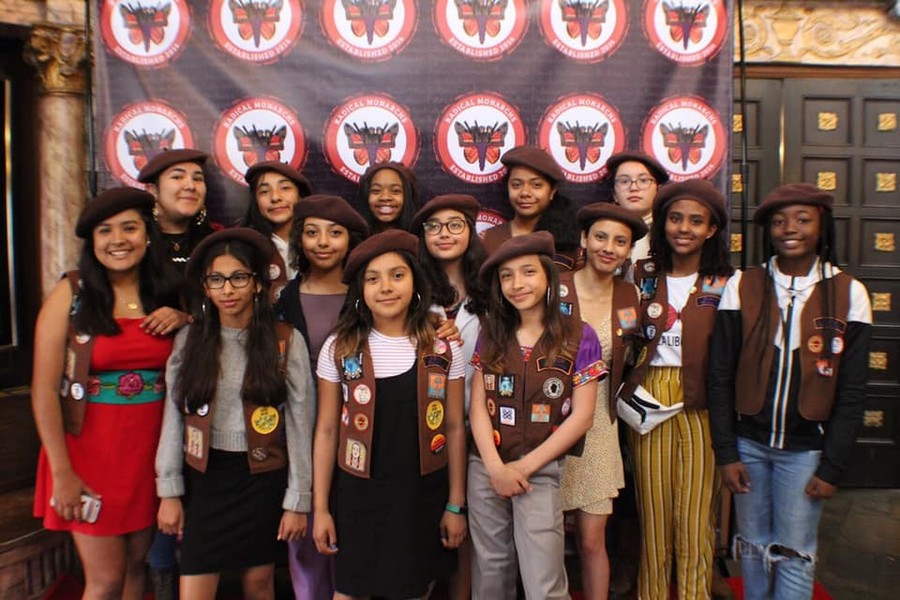 In 2014, Anayvette Martinez wanted to find a place for her fourth-grade daughter to think about and navigate through her identity and values. “I saw the need for a group that would empower and encourage her to form bonds of sisterhood with other girls in her community,” says Martinez about the origins of the Radical Monarchs. “I began to imagine what a radical young girl’s social justice troop looked like; a group that centered and affirmed her experiences as a beautiful and brilliant Brown girl against so many societal pressures to conform to mainstream ideals of girlhood.” The same year, Martinez partnered with Marilyn Hollinquest, to form the Radical Monarchs, an alternative to the Scout movement for girls of color between the ages of 8 and 13 where badges are earned for units on social justice, the environment, coding, and activism.

Since then, the troop’s mission has expanded in an effort to create a new generation of social-justice activists, with troops in Richmond, Oakland, Berkeley, and San Francisco. We Are the Radical Monarchs, directed by Linda Goldstein Knowlton, follows the Monarch’s very first Oakland-based troop over its inaugural three years as Martinez and Hollinquest wrestle with how to build a sustainable program. I spoke with Radical Monarch Troop 1 member, Namixtu’lu Esteva, about her transition from being a Monarch to becoming an alumna, environmental justice, and community-building.

What have you learned from being a Radical Monarch that you wouldn’t have learned anywhere else?

Without being in the Radical Monarchs, I would have a hard time standing up for myself—if I was in a situation [and] someone said something that I thought was really offensive, I probably wouldn’t have said anything even [if] I really wanted to. The Radical Monarchs taught me that my voice matters regardless of if people like it or not. [That’s] an important lesson everyone should learn.

How have the Radical Monarchs helped set you up for success?

We Are The Radical Monarchs - TRAILER

What’s it like watching new, young Monarchs go through the same things you did?

Having the alumni program and being able to see the new Monarchs in action makes me think about when I first became a Monarch. I’ve always appreciated the cofounders for creating the Radical Monarchs, but the more I see the younger groups in action, the more I appreciate the work I did. When our group first started, and pretty much through the end, I always stood up for social justice, but I didn’t really see how much of an impact I made. Seeing the younger troop gave me a more clear perspective on what kind of work we did, how much we mattered to our community, and how important this work was.

What’s it like when people on Fox News say that young girls shouldn’t be political or don’t know enough to really care about politics?

As much as I wanted to go through my television screen and punch Fox News, I realize all they are trying to do is to silence us, manipulate their audience into [being closed-minded], and putting fear in the world that people of color are supposed to be feared. Fox News thinks that there are three Mexican countries.

What are your some of your most memorable moments of community-building through the Radical Monarchs?

There are so many memorable marching moments: marching for Black Lives Matter, being at the Trans March during Pride weekend in San Francisco, and going to the massive Women’s March in Oakland. Other memorable moments are sprinkled throughout the years of earning our badges, like the Pachamama badge unit when we learned about environmental justice. Environmental justice is not just about water conservation or not using plastic, which are critical to our survival; it’s also about beautifying the neighborhoods that we live in. One of our actions was picking up trash in our neighborhoods in Fruitvale. After what we thought was a long day of working, many of the girls were tired, but we pulled through as sisters and finished the job together. We used our teamwork to give Fruitvale a nice grooming and took action to increase the standard of living for everyone who lives in our community.

Read this Next: First of Many 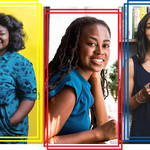 These pioneers are transforming the future of literary culture for readers and writers of color.