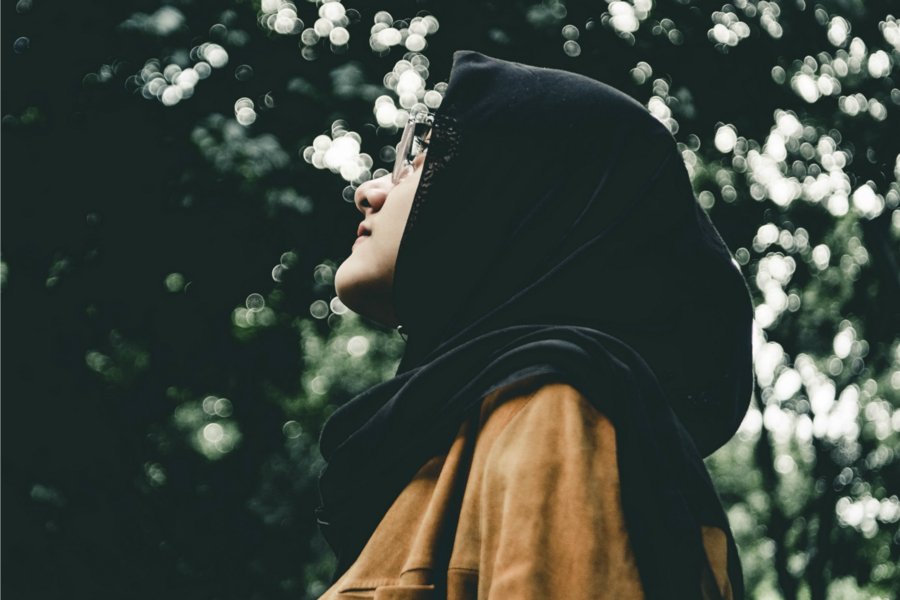 On a cold October morning, my mother woke me up for Sahur, a ritual that involves predawn prayers and a meal. Groaning, yawning, and bleary-eyed, my brothers and I shuffled into our parents’ bedroom where there were prayer mats laid out for each of us and a hijab waiting for me. We sat behind our father and faced northeast toward Mecca, a land far away from our home in a suburb outside Denver. With a gentle glow of pink diffusing the dark sky, my family ate a hasty breakfast. As my dad poured tahini and honey over a stack of Eggo waffles, he told me he was proud of me for choosing to fast this Ramadan. I was a big hairy Brown girl living in suburbia with D cups and thighs bigger than most of my eighth-grade classmates’ heads. Of course I wanted to fast. My reasons for fasting, however impure, were commonplace.

Mothers discussed their weight loss goals over tea and dates. My father made a routine habit of weighing himself before and after the holy month. But even as I discussed this article with him, he scolded me. “Fasting is about learning that you can live without,” he said. “It’s about purifying yourself, realizing that between you and Allah, nothing else matters.” Ramadan is a religious journey, he continued, that has nothing to do with corporeal concerns such as weight loss. Drawing parallels to other Abrahamic faiths, fasting during the holy month of Ramadan—like the Christian Lent and the Judaic Ta’anit—challenges our dedication to faith and, in turn, God. Drawing another parallel in fasting practices between Abrahamic faiths, the ancient Christian practice of undertaking a Black Fast during Lent closely resembles the rules of fasting during Ramadan.

But when I pointed out my father’s hypocrisy, he just patted his round belly and shrugged. Even for the most devout, diet culture bleeds into every corner of Ramadan. “No one in my family noticed,” Tina Honarmand, an Iranian American Muslim woman from Los Angeles, says. “I was definitely insecure that I wasn’t as petite or pretty as the white girls.” As an adult, Honarmand now struggles with severe anxiety and a number of gastrointestinal issues. “I have pretty bad irritable bowel syndrome and cyclic vomiting,” she says, problems that arose from a lifetime of disordered eating. “I remember one time [after] Ramadan, going back to eating made me vomit. The thought of putting food in my body gives me anxiety, which causes the vomiting.” As the dangerous intermittent fasting fad grows in popularity, many have begun defending its benefits. Licensed chiropractor Alan Goldhamer runs a facility specializing in long-term water fasting in Santa Rosa, California, and claims that health conditions such as high blood pressure, diabetes, and even autoimmune diseases are “diseases of dietary excess” that are caused by consuming too much animal fat, protein, and refined carbs. In his opinion, only consuming water from anywhere between five to 40 days can help treat and even cure these ailments.

Some studies suggest that fasting has potential benefits, but, as researchers warn, these preliminary studies are limited in scope and there isn’t enough data to support any conclusive findings. Still, several studies on the specific fasting parameters of Ramadan bring crucial information to light. One 2017 study from the School of Nutrition and Food Science at Isfahan University suggests that, “although weight has decreased during Ramadan in most studies, weight regain is prevalent during the following months.” Though Ramadan is a time of purification, including shedding bad habits such as smoking or eating too much sugar, humans are creatures of habit; left to our own devices, we’ll eat what we want to eat. In fact, as with yo-yo dieting, depriving ourselves of the occasional treat—let alone entire meals—can cause long-term psychological and physical harm. Another study also observed that the weight lost during Ramadan was regained, suggesting the benefits of fasting are temporary. Ultimately, the verdict is still out on fasting—and its lasting impact on individuals who have struggled with disordered eating cannot be ignored.

In the Netflix docuseries (Un)Well, which explores various wellness trends and their scientific validity, a woman named Wanda Cook travels to Goldhamer’s facility in the hopes of treating her diabetes and high blood pressure with a 28-day water fast. “Jesus fasted for 40 days,” she tells the camera, drawing the parallel between religious fasting and fasting for the sake of her health. “I might not be able to do it for 40 days, but I’m certainly going to give [28 days] a try.” Geoffrey Woo, a Silicon Valley–based entrepreneur and biohacker who appears in the docuseries as well, invokes a similar connection between God, community, and fasting. “Did God tell us to eat three meals a day? I haven’t seen that in any holy book,” he says. Woo cofounded the nootropic and ketogenic diet supplement company HVMN partly to create a community and culture around fasting, mirroring the shared experience of Ramadan in Muslim communities. Even for those fasting for reasons outside of faith, the link between God and fasting feels inescapable.

In a 2018 essay for Teen Vogue, Adeline Hocine details her descent into a torturous cycle of binging and purging that carried on well after Ramadan. “After my first day of fasting, the unfamiliar weight in my stomach triggered new thoughts,” she writes. “Instead of feeling relief from finally being able to eat, I decided to purge after iftar,” a contradictory and counterintuitive impulse I have experienced countless times throughout my adolescence and into adulthood. In his 1985 book, Holy Anorexia, historian and professor Rudolph Bell recounts the tale of Catherine Benincasa, a.k.a. Catherine of Siena, a 14th-century writer canonized by the Catholic Church after her death. Self-starvation was common among religious women in the Middle Ages, though religious leaders didn’t always approve the practice. Suffering was considered a way to honor Jesus by mirroring the crucifixion, and though many zealots chose to flagellate, or beat, themselves, some also incorporated fasting in their repentance.

However, Catherine of Siena took fasting to a frightening level. She began fasting as a protest of her parents’ wishes for her to marry her late sister’s widower, and shortly thereafter, dedicated herself to a life of penance. She renounced meat, only subsiding on water, bread, and raw vegetables; self-flagellated with fanatic energy; and devoted herself fully to Christ. Throughout her life, various apparitions visited her, which reaffirmed her piety in her mind, and around the age of 26 or 27 she chose to live only on water and raw vegetables, often chewing roots and spitting them back out. She eventually was ordered to eat by her confessor in 1380, but at that point Catherine struggled to swallow even water. By February of 1380, she lost the use of her legs. Catherine of Siena died in April that same year at 33, having starved herself to death. By the end of her life, Catherine had garnered a massive following, and to this day she’s revered as a saint for her piety. Holy anorexia, though often viewed as heretic as it happens, is celebrated as a noble martyrdom.

Like Catherine, Marie of Oignies and Wilgefortis were also anointed saints following a lifetime of holy anorexia. St. Basil the Great, a third-century East Roman bishop, described fasting as “the estrangement from evil, temperance of tongue, abstinence from anger, separation from desires, slander, falsehood and perjury.” That’s the reason those that fast every day of the month of Ramadan are seen as truly dedicated to Allah. One particular hadith describes fasting as “the exercise of abstaining from things otherwise lawful in the ordinary course of life, at the behest of Allah, [that] strengthens man’s morality and self-control and deepens in him the consciousness of the Prophet.” During Ashura, a three-day period of mourning the martyr Imam Husayn, some Shia Muslims beat themselves and wail, a grotesque spectacle of the suffering the Imam faced. Like many other muslims, my father fasts during Ashura, but the conflation between piety and self-punishment mirrors the descent of diet culture into disordered eating.

We cleanse our souls in a quest for spiritual awakening just like we might do a gut cleanse in our quest for physical healthiness. But both become tools of control in our chaotic lives; we punish ourselves for transgressing religious tenets the same way we punish ourselves for breaking a diet. We name them: gluttony, binge; heretic, weak-willed; haram, unhealthy. We add 15 minutes on the treadmill for a brownie in the same way Shias and Catholics alike punish themselves as penance. We count calories like we count the beads of a tasbih or a rosary. But at the end of the day, we have to ask: When does salvation turn into destruction? 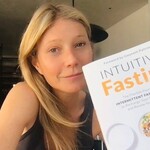 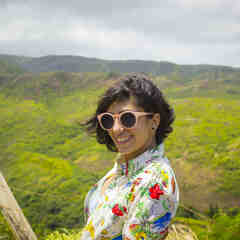 Padideh is a freelance writer from and based in Denver, CO. She primarily writes about music, focusing on DIY and underground music scenes, as well as covering local music for several Denver-based publications. When she’s not writing about music or art, Padideh likes to spend her time DJing, painting, making music, or riding her bike. Padideh is a first-generation Iranian-American and Muslim.