Airing AuthenticityDoes “Ramy” Need to Be Real to Be Fun? 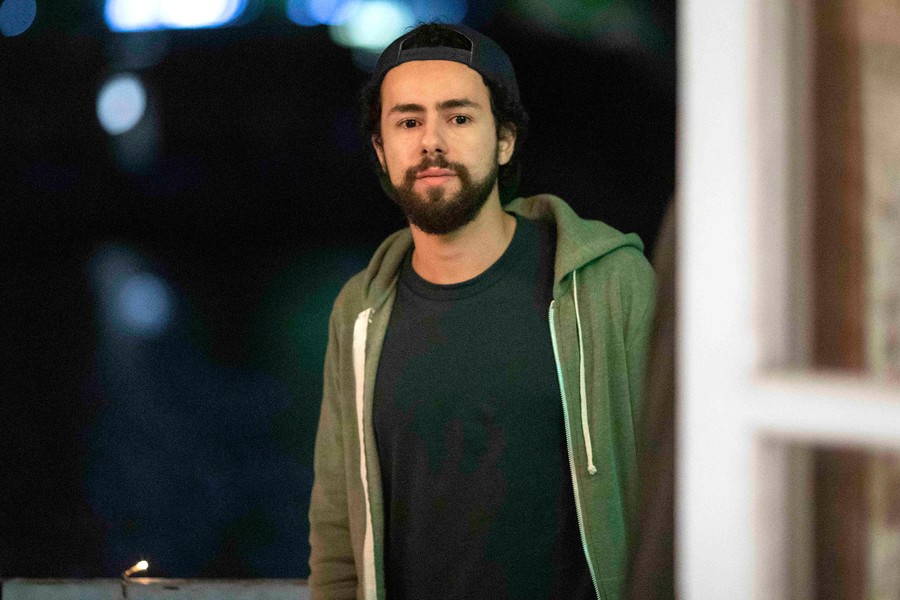 In June, Natasha Rothwell, who plays Kelli on Insecure and writes for the show, posted a picture of an array of items (Hennessy, cocoa butter, castor oil, and hot sauce) on Twitter with the caption: “If you were wondering if the S4 @insecurehbo writers’ room was Black AF, the answer is yes. Yes, it is.” While the tweet was liked by more than 15,000 users, it also incited a lively conversation about Rothwell’s motivations for tweeting this specific photo. Some Twitter users argued about the brands of castor oil and hot sauce: “You know it wasn’t THAT Black because you’re using the wrong brand of Jamaican Castor Oil,” quipped user @malianaC, adding, “If you know, you know.” Others questioned whether Rothwell was attempting to “prove her Blackness,” and in the process inadvertently reducing her culture to a stereotype. Despite her irreverent tone and good intentions, Rothwell’s tweet and the replies to it exemplify the paradox that comes when individuals attempt to define what it means to be an “authentic” member of an underrepresented group.

It is impossible for a social identity to be distilled into a few items, but in his 1986 article, “The Problem of Ideology: Marxism without Guarantees,” cultural-studies pioneer Stuart Hall writes that people bond over similar ideological preferences. That might explain the question of  whether Rothwell’s tweet was part of an “acceptable” Black ideology or the performance of a very narrow definition of Blackness. Twitter has become a space where journalists, scholars, fans, and others gather to engage in this kind of social analysis and critical discourse. And when Ramy, Hulu’s comedy series about an Egyptian American Muslim family, debuted in April, Twitter quickly became ground zero for an ongoing conversation about the show’s portrayal of Muslims.

The New York Times dubbed Ramy “a quietly revolutionary comedy;” elsewhere, it’s been critically acclaimed as “vulnerable,” and “truthful.” Amid this praise, however, some viewers have expressed ambivalence about the show’s approach to depicting Muslim millennials. “There’s nothing nuanced or revolutionary about a show revolving around a Brown Muslim man’s pursuit of sex or white women,” journalist and Muslim viewer Vanessa Taylor tells me. “People saw a Muslim at the forefront and assigned a revolutionary status to Ramy based on that alone.” During his press tour, Youssef defended his loosely autobiographical work, telling Forbes. “There’s so many Muslim experiences. There are Muslims who will watch this and be [like], ‘that’s not my experience,’ and I think that’s great because I think we all have a different way that we come at it.” But because of the limited representation of Muslims in Hollywood, Ramy cannot avoid being perceived as a sales pitch for the Muslim American experience—something embedded in the show’s promotional lingo. One of the slogans used to describe Ramy’s fictional family is, “They’re messy, they’re ignorant, they’re loving, they’re a little racist, they’re … you know—they’re everything everyone in America is.”

Ramy focuses primarily, as Taylor noted, on the titular character’s love life, and its preoccupation with sex has struck a nerve for Muslim viewers. A Palestinian viewer tweeted that the show was “perverted” and felt like “porn.” Though this criticism is hyperbolic since there are only a handful of sex scenes, they’re most likely referring to Ramy’s relaxed stance on premarital sex. Ramy is remorseful, but still chooses to sleep with multiple partners, even going so far as to engage in sex with a married woman during the first night of Ramadan, the holiest month for Muslims. Despite recognizing the show’s importance, @aloezehra a Muslim-Canadian, was perplexed by the fixation on Ramy’s sexual encounters, tweeting, “Is this how American Muslim dudes really live their lives? In this constant state of anxiety and sexual frustration? Someone needs to platonically hug these boys.”

Some Twitter users claimed that Ramy morphs Islam for Western audiences. “(Ramy) picks pieces of the religion to follow and isn’t so strict on other things,” Aiman a.k.a.  @girlthatilove tweeted. “He’s okay with having sex but when it comes to doing drugs he’s like ‘oh no I can’t because I’m Muslim.’” Twitter users also have strong opinions and criticisms of how it portrays women, though Youssef employs Muslim women writers—including HALA writer and director Minhal Baig—and devoted two episodes of the show’s first season to Ramy’s mother (Hiam Abbass) and sister (May Calamawy). Youssef has clearly attempted step back and make space for Muslim women to air their frustrations about the patriarchal and sexist aspects of Islamic culture. Even so, as Shamira Ibrahim wrote in an article for The Atlantic, “women characters are often boxed into stereotypes with no recourse to develop as fully realized individuals.” But others appreciated these same characters.

Editor and author Chimene Suleyman, for instance, tweeted, “Seeing Muslim men on TV thoughtfully portray Muslim women as complex, confirms how much I needed shows like this to exist when I was growing up.” Adressing the hate the show has drawn, fellow Muslim woman Jenn Ocean tweeted, “conservative Muslim Twitter is mad about the Muslim females represented in #Ramy because they don’t wanna acknowledge that Muslim women want sex too.” Ramy also addresses Islamophobia, particularly in the standout episode “Strawberries,” which flashes back to September 11, 2001 to focus on Ramy’s trauma and confusion after the attacks. Eleven years old at the time, Ramy (Elisha Henig) has a visceral and palpable nightmare about Osama Bin Laden. When his white friends ask if he is a terrorist, he’s shocked by his first encounter with blatant Islamophobia; at the same time, when he finds out that one a classmate’s’ mother died in the attacks, he feels somehow responsible.

The episode confronts the disparity between Ramy’s religion and his American nationality with an eerie, imaginary conversation with Bin Laden, who tells Ramy he doesn’t belong in America. These scenes can resonate with millions of Muslims who’ve struggled with treading the line between grieving the lives lost that day while also advocating for Islam, reminding—practically begging, at times—viewers to understand once and for all that terrorism shouldn’t be conflated with Islam. Here, too, viewers were split in their reactions. “It’s as perfect a half-hour of TV as you’re likely to see this year,” non-Muslim critic David Fear wrote in a review of the show for Rolling Stone, which declared it, “a profound statement about the second-generation blues without diluting it or compromising it.” Muslim viewer Sophia Hatef, however, said though the episode had relatable moments, it felt “forced.”

Viewers of Ramy must refine their language, and stop debating if the show is a convincing image of the Muslim experience and understand it as just one voice in the vast landscape of the show’s discourse.

There’s a clear division of opinion on Ramy and whether it represents a truthful or fair depiction of a culture and religion. A Hulu series marketed as one of the year’s few “authentic” shows should attempt to be as accurate as possible—but how are we defining authenticity in this case? Deborah Woo, a professor emerita of University of California, Santa Cruz, tackled this issue in her 1990 article, “The Ethnic Writer and the Burden of Dual Authenticity,” in which she analyzed a similar debate surrounding Chinese author Maxine Hong Kingston’s novel The Woman Warrior. “In a world of multiple realities, there are bound to be different versions of truth,” Woo wrote. “A full depiction of social reality requires more than a single perspective.” Though Ramy and The Woman Warrior are both narratives about ethnic experiences written by ethnic writers, the entities who produced them (A24 and Random House, respectively)  symbolize their susceptibility to Americanization.

Indeed, in Hollywood “authentic” representations can become lost, and “Westernized” depictions are purported as truth. For Muslims who have been caricaturized as terrorists for so long, some feel they are once again being misrepresented in Ramy—this time as secular Muslims who halfheartedly practice Islam. However, in making these claims, consumers tend to forget the agency of the creator. Kingston, aware of the heated response to her memoir, reminded readers that she too, is a member of the Chinese community, saying in an interview published in the 1998 book Conversations with Maxine Hong Kingston, “I don’t have to go out and make a survey; I don’t have to get a committee of my peers to correct my work.” Likewise, despite Youssef’s softer stance—repeating that Ramy only reflects his personal experience—viewers and critics have nevertheless interpreted his take on faith as a part of a larger whole.

Slate staff writer Aymann Ismail defended Youssef against this criticism in a tweet, claiming the show’s aim is not to depict Youssef’s version of Islam as “accurate,” but rather as “complicated.” Woo argues that when ethnic writers attempt to define truths, they’re unfairly expected to speak to a larger “social consciousness.” Youssef chooses not to adhere to a collective narrative, instead homing in on his personal experience. Though Taylor acknowledges that Ramy need not reflect her own experience, she was struck by its erasure of pertinent issues. “(Ramy) absolutely doesn’t know how to approach Blackness—especially Black Muslims…I don’t need to see Arabs being anti-Black on my screen without any repercussions.” Taylor’s point is valid—there is a severe problem of racism within the Arab world—but should Youssef be held accountable for tackling every single one of the issues facing a community?

In a time when Hollywood is producing more and more narratives about ethnic people that are written, directed, and produced by them—including Jordan Peele’s Get Out, Ava DuVernay’s When They See Us, and Lulu Wang’s The Farewell— the expectations that consumers place on creators must be reevaluated. Viewers of Ramy must refine their language, and stop debating if the show is a convincing image of the Muslim experience and understand it as just one voice in the vast landscape of the show’s discourse. This would lead to a more fruitful conversation regarding what it means to be a Muslim American. It would also shift the burden of representation away from Youssef.

Once we acknowledge the diversity that runs through a social group, we can stop fighting about pointless binaries—like which hot sauce best represents an entire race—and move to a broader understanding and acceptance of cultural pluralism. Ramy has been renewed for a second season and on June 29, Youssef’s first stand-up comedy special, Ramy Youssef: Feelings, aired on HBO. Muslim viewers may continue to disagree with the version of Islam that Youssef depicts onscreen, but we must never confuse his interpretation as immutable. He’s just a singular voice in the larger discourse around the Muslim American experience.

Read this Next: The Trouble With the Model Muslim 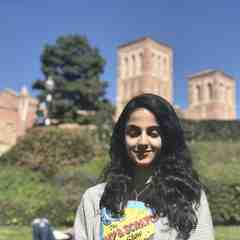 Umber Bhatti is a graduate student at UCLA studying cinema and media studies.