Rare Delight: “Sort Of” Is a Refreshingly Complex Take on Nonbinary Life 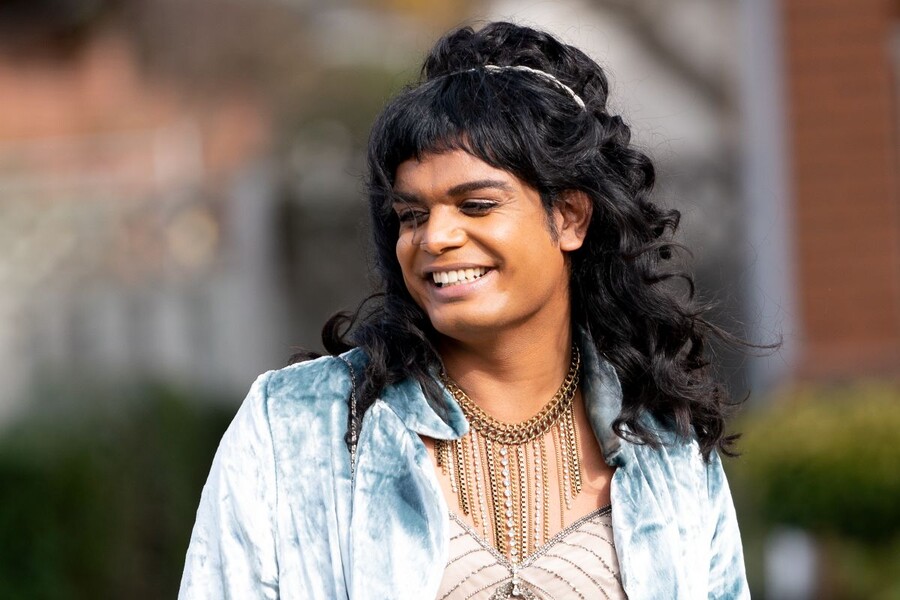 "Sort Of" creator and star Bilal Baig in their role as Sabi Mehboob / Photo credit: HBO

Sort Of, a Canadian series debuting on HBO Max on November 18, is a striking contemporary narrative about family, culture, and gender. Created by Bilal Baig and Fab Filippo, the show revolves around Sabi Mehboob (Baig), a nonbinary person navigating millennial life in Toronto, and a series of crises that break the boundaries of their life open, forcing them to confront long-held secrets and let the people around them in.

On the surface, Sort Of could be read as any one of a number of urban millennial dramas that have been released in recent years, but it is actually a literal queering of this particular trope that delves more deeply into the lives of millennials and the communities they build for themselves. What makes Sort Of work is its exploration of a nesting series of communities; one is diverse and queer, featuring people of a variety of genders and sexualities who move fluidly through each other’s lives in a way that highlights the rapid diversification of the LGBQT community and the space people have created for each other. This found family will feel very familiar and comfortable for many queer viewers, especially those who feel unwelcome in their families of origin.

Another is an immigrant community; Sabi is close with their sister Aqsa (Supinder Wraich). The two siblings share a home, and spend a great deal of time together. Both are connected to the Pakistani immigrant community that their parents come from, but for Sabi, there is a heavy tension as their mother, Raffo (Ellora Patnaik), struggles with their child’s gender—and Sabi continues to hide from their father. This is brought home in a stark scene that takes place when Sabi and Aqsa are visiting their mother. Two older men from the community come by, and seeing Sabi in a fancy party dress triggers expressions of disgust and a heated argument until Sabi, bullied into submission changes into some of their old clothes, looking small and defeated, ill at ease in relics of a former self.

Finally, there is another, complicated form of family that’s rarely represented in pop culture: Paid. Sabi works as a nanny (“just like Mary Poppins”) in addition to putting in hours at a queer bookstore/bar, and while at first they represent this as a job, it rapidly becomes apparent that Sabi has formed deep bonds with the family they care for. When the mother, Bessy (Grace Lynn Kung) is injured in a bicycle accident, Sabi plunges further into their lives. Sabi forms the strongest connection with the father, Paul (Gray Powell), who is dealing with the revelation that his wife has been taking antidepressants—and cheating on him. Sabi hides their work from their mother Raffo, fearing judgement for working as a nanny—which is merited, since their mother reacts poorly upon learning the news in the episode in which all of the characters’ secrets explode at once. While Raffo sees the work as stigmatized and shameful, for Sabi, it is clearly rewarding and they form an intense connection with the family even as they are also a paid employee.

The complexities of overlapping families and communities are not the only theme that carry through the show. Sort Of also explores gender. While Sort Of is in a sense a show about gender, it is not a show about gender in a way that cis people expect it to be; one trans woman character, Olympia (Cassandra James), makes a passing reference to hormones, but beyond that, this is not a show about transition, nor is it one about discovering a trans identity. It is a show about living your life after transition, and one that is refreshingly disinterested in educating cis viewers about transness. Multiple trans characters weave in and out of the narrative, including Olympia and Deenzie (Becca Blackwell), and while Olympia explicitly talks about transition, she does so primarily in a larger social sense, referring to everyone as being in some stage of transition, and encouraging Sabi to live their true self (something their mother at one point also says in a late-night voicemail as she starts to come to terms with who Sabi really is).

In addition to making a very clear artistic decision to cast actual trans and nonbinary people in trans roles, the creators of Sort Of made another important choice: centering the action around a nonbinary femme who was assigned male at birth. Pop culture depictions and perceptions of nonbinary femmes tend to focus on people who were assigned female at birth, sometimes derisively treated as “women lite.” While they need and deserve representation, it’s rarer and critically necessary to see femmes like Sabi, who may experience gender differently and who are treated very differently by society. For Sabi, gender expression can be dangerous, not just in a familial context but also a social one—Sabi is more likely to experience harassment and other dangers because of assumptions people make about their gender and sexuality. For example, they may be read as a trans woman who is failing to “pass,” which can put them at risk of violence in some settings, or as a femme man who should be punished for resisting gender norms. Even surrounded by supportive friends and community, living in a far safer setting than many nonbinary people, Sabi is still acutely aware of the risks of being themself.

For Sabi, gender expression can be dangerous, not just in a familial context but also a social one—Sabi is more likely to experience harassment and other dangers because of assumptions people make about their gender and sexuality.

This particular nonbinary experience is often left unexplored, especially in mass media, which can result in the erasure of nonbinary people who were assigned male at birth, especially people of color like Sabi. Think Billy Porter, who recently commented “I had to fight my entire life to get to the place where I could wear a dress to the Oscars and not be gunned [down],” versus Demi Lovato, who was warmly praised upon coming out in May. Nonbinary people like both Porter and Sabi are treated as suspect, dangerous, transgressive. Sort Of probes some of these experiences, though it does so primarily through showing the audience, rather than lecturing in a Very Special Episode way.

What Sort Of ultimately demonstrates is that secrets will always come out, whether by choice or otherwise—texts on a comatose spouse’s phone, a tattling member of the community, someone who doesn’t understand the complexity of a situation making a self-righteous decision. These emergences are difficult and emotional, and not easily resolved, but this is what it means to live in community with one another, whether in a chosen family, the one we grow up in, or the one we work for. When secrets do begin to rupture, Sabi is forced to open up to friends and family in ways that are new and frightening, but ultimately lead to richer relationships.

Near the end of the season, Raffo, who is just beginning to reconcile with her child, says, “Don’t go away from me,” speaking to the years of distancing between her and Sabi and the fears that have kept them apart. Sabi echoes the words, a reminder that navigating the aftermath of a secret is a collective enterprise, not something that can be taken on alone.

Read this Next: Halsey’s Gothic Film Is a Gendered Journey Through Pregnancy 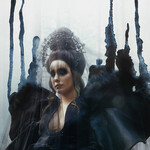