"Rat Queens" and the Power of Female Friendship | Bitch Media

“Rat Queens” and the Power of Female Friendship

As a burgeoning teenage fangirl, I fell in love with science fiction, fantasy, and adventure. Summers were not spent outside, but rather in my best friend’s basement, where we would ravenously consume anything and everything to do with quests, prophecies, and the intricacies of new worlds. It was just so exciting to get lost in something bigger than our own sleepy suburb, where summer days dragged on with no particular excitement.

From the outside looking in, we were a strange and slightly awkward bunch, especially in our predominantly white neighborhood. By age 13, I was in the last stages of puberty—big, Black, and fully developed, I was often mistaken for seventeen or older. My friends—a petite Vietnamese girl and an even smaller caucasian girl—were still firmly planted in their prepubescent bodies. We were different in so many ways—our bodies, our cultures, our families, our religious beliefs—yet we were bonded together by our geeky interests and our shared sense of humor. We often joked that we were the poster group for diversity, all the while knowing that there was an underlying fundamental similarity that allowed us to become so close.

So when one of my friends loaned me her first volume of Image comics series Rat Queens, I was immediately intrigued. Both the cover image featuring a diverse foursome of women kicking ass and the title of the collection, Sass and Sorcery, resonated with me on some untapped frequency. It was similar to the feeling I got the first time I saw the glorious and powerful Storm in X-Men:The Animated Series, or when Petty Officer Second Class Dualla got her own storyline on Battlestar Galactica. 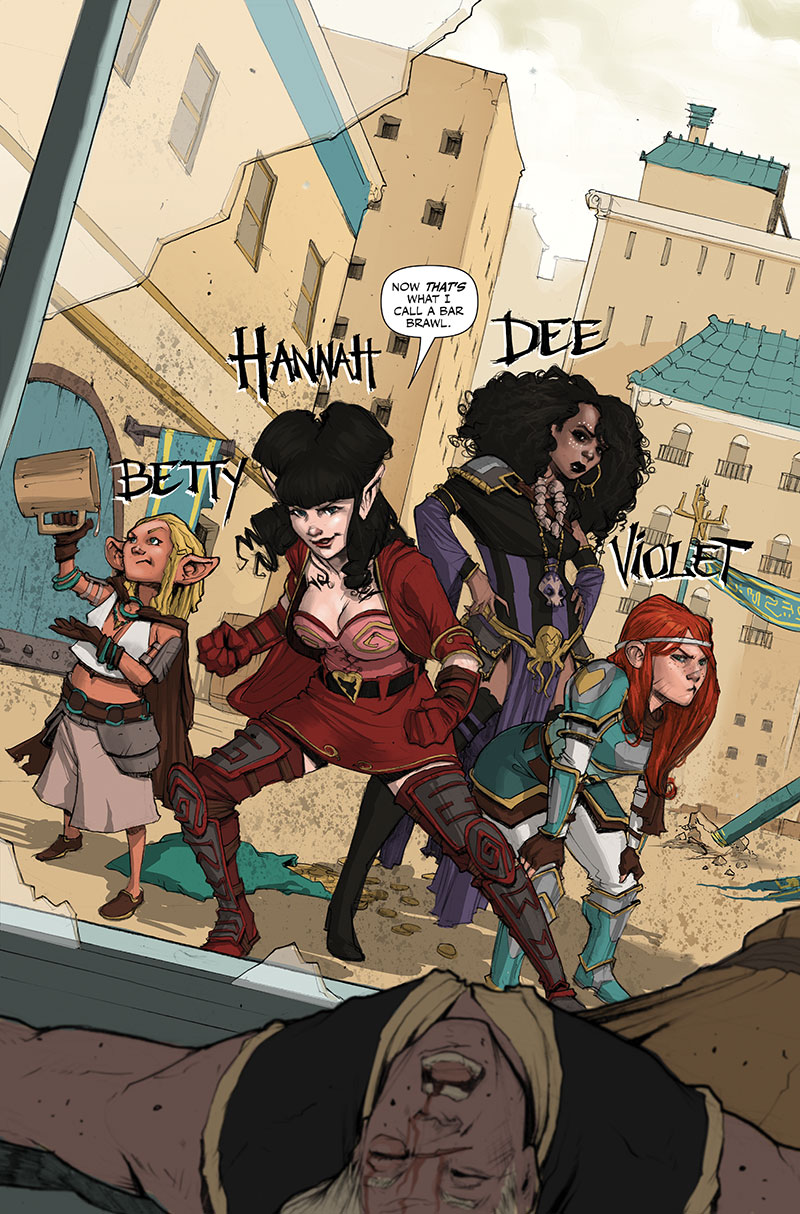 Naturally, I went home and finished volume one right away and anxiously awaited the next installment. Rat Queens is like a lot of comics series in that it’s a fantasy-based saga about eccentric warriors battling baddies with lots of blood, magic, and swearing. But it’s unique in its protagonists: Four women who are messy, stubborn, and complicated. Mercenaries and best friends Betty, Dee, Hannah, and Violet are far from perfect. These women are heartfelt and brash. They make mistakes and drink too much and sometimes trust the wrong people. They can be just as gruesome and vengeful as their male counterparts, full of bloodlust and a passion for their violent profession. Throughout the first two volumes, each of the women are by turns unapologetically rude, funny, brave, beautiful, and gross, which is wonderful because women encompass all those characteristics. The series isn’t shy about sexuality—blood-thirsty Betty is openly queer and is sometimes seen lounging around the ladies’ shared house with her most recent hookup. Seeing more facets of womanhood—the good, the bad, and the ugly, the genteel, and the unladylike—allows for more interesting and relatable characters. The four Rat Queens don’t always get along with each other but they are always there for each other.

It was refreshing to read something that spoke so dynamically to the type of female friendship I grew up with, where we could be so different from each other, with complex histories and expectations, while simultaneously being able to relate to and support one another.

Writer and co-creator Kurtis Wiebe says that’s the whole point of the series: “I want to write stories about women that I see in my everyday life… about friendship and to make comics that include and embrace diversity.” The series went through some upheaval last year after co-creator and artist Roc Upchurch was arrested for domestic violence. He was swiftly let go from the project, but many fans were rightly upset—domestic abuse is a serious charge and runs counter to the pro-women messages and spirit that Rat Queens championed. The series has continued with line artist Tess Fowler and colorist Tamra Bonvillain, who seem to really get why Rat Queens connects with so many fans. “We live in a society that ostracizes noisy, outspoken women. It makes outcasts of them,” said Fowler in an interview on Image’s site. “The heart of Rat Queens is the love between such outcasts. That's something a lot of people can relate to. Including me.” 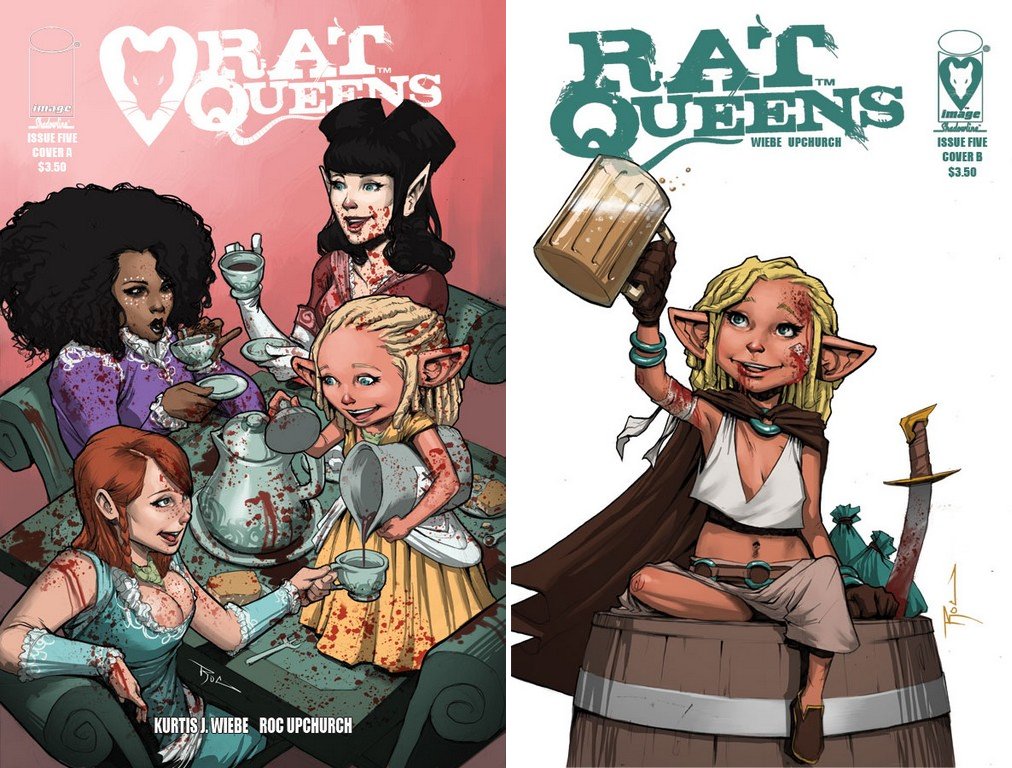 Alternate issue covers for issue five of the series, which is now on issue 15.

The way female characters are often drawn in comics has long been a thorn in the side of feminist comics fans. For decades, it’s been par for the course to draw female characters as grotesquely buxom, skinny, and wearing bikini chainmail as battle armor. The Rat Queens are refreshing in this regard, too. Their bodies—all different sizes and colors—are a source of strength, power, and sexuality, demonstrating that there is variety of ways to be a woman and that beauty is not always the ultimate goal. Though they come from magical races, each are drawn with proportions that reflect the strenuous nature of their job as an adventure group. Plus, they are adorned with the appropriate armor needed to succeed, donning heavy armor and serious weapons when they need to fight. The Mary Sue ran a little Rat Queens feature that even made fun of the “scantily clad warrior” trope.

Through the action of the storyline shines a reflection of womanhood that isn’t often seen in pop culture. I see parts of myself and my friends in their insensitivities, in their indulgences and their enthusiasm for competition, their gross habits and their willingness to take charge of situations. In finding their respective journeys, the group touches on issues of familial expectations, religion, and the constant search for belonging—issues that I and many other women face, even though we’re not having to do so in the face of dragons and wizards. Although it’s rare for my childhood friends to be together in the same place these days, we have been able to connect over this series online. We still run the gamut in size, race, religion, and sexual orientation. Now, instead of just joking about it, we take pride in our differences—just as we take pride in our similarities—and have a new nerdy obsession to bond over. 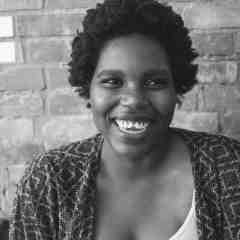 by Sarah Mirk
We highlight some of our favorite nerdy pop culture creators, including comics writer Kelly Sue DeConnick.