The Raw Emotions, Music, and Activism of Thao Nguyen 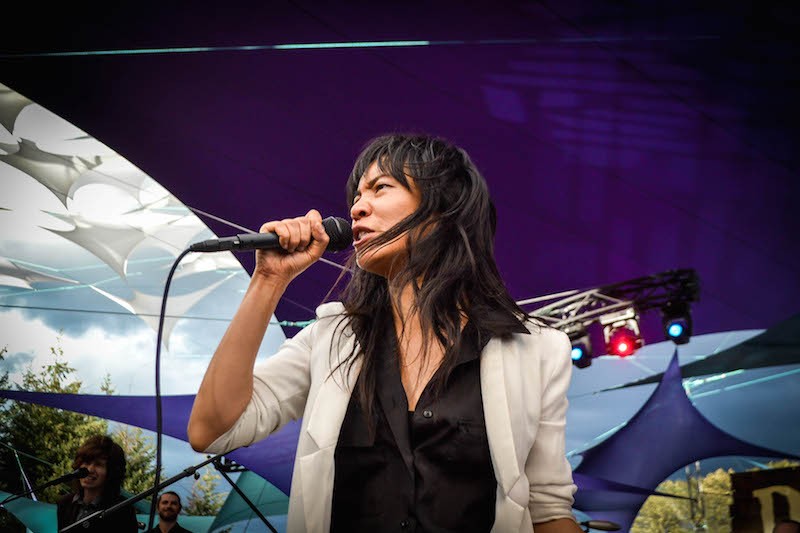 Thao Nguyen not only brings down the house, she’s a committed activist. Photo by Emilly Prado, taken at Pickathon.

While the crisp sound of a studio-recorded album boasts clarity and distinction, sometimes music can only be fully felt in its truest form: the live performance. Thao & The Get Down Stay Down have received well-deserved praise from the likes of Pitchfork and NPR following their fifth full-length release, A Man Alive, earlier this year. While it’s clear that this genre-bending record is excellent even when listening on laptop speakers, it was the band’s intoxicating performance at last weekend’s Pickathon music festival that left me enveloped in energy.

Having made music since the age of 12, lead singer and string player Thao Nguyen is no stranger to songwriting or captivating an audience. With roots in Falls Church, Virginia, Nguyen found her footing while playing guitar in a country-pop duo as a teen.  A few years later, The Get Down Stay Down was born with the help of her college classmate Willis Thompson. Nguyen immediately and relentlessly began touring after graduating, supporting numerous well-known acts. In 2005, Thao & The Get Down Stay Down debuted their first album, Like the Linen, and now boast over a decade of work and releases together. 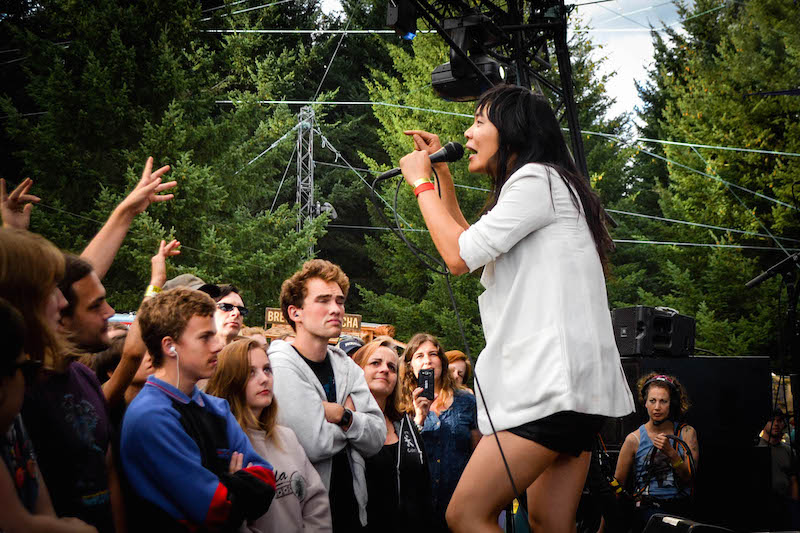 Thao rocking at the Pickathon music festival this August. Photo by Emilly Prado.

While the band’s sound has been described as a web of country, folk, and rock in the past, their latest release draws more heavily and deliberately from hip hop. She seamlessly swaps out guitar for mandolin or banjo between songs, and it only takes one and a half songs to understand how many musical categories they reach. Mirroring her art, Nguyen’s own life similarly doesn’t fit snugly into just one box. As a Vietnamese-American woman, she’s had to actively push against her music being lazily labeled under an “Asian” catchall.   Activism is in her bones, and when not making music, Nguyen spends her time working with nonprofits and advocacy groups in the San Francisco Bay Area, including the California Coalition for Women Prisoners. Her previous album, We the Common, was largely inspired by meeting women who were incarcerated, in particular a woman named Valerie Bolden who is a domestic abuse survivor serving a life sentence, as well as by the Occupy movement in Oakland. She views music and activism as wholly intertwined, telling Interview magazine:

“I think I’m more effective as an activist if I stay in music, to be honest. Music, the way it reaches people and transcends divisions, is a really effective and powerful forum… Instead of talking about how old I was when I first started playing guitar, I could talk about [Bolden], and about the California Coalition for Women Prisoners.”

It seems that A Man Alive, however, has opted for the deeply personal angle Nguyen previously shied away from. Diving into past traumas, Nguyen sings about familial ties and the tumultuous relationship she’s had with her dad. She questions stories of blood allegiance, singing, “I have a family, will they pardon me?/ Taught to be loyal, never shown loyalty,” and poignantly describes the patterns of paralyzing standstills in communication between estranged fathers and daughters. Pained vocals and lyrics are sprinkled amongst upbeat, bass-heavy tracks—a Thao & The Get Down staple.

Witnessing each intricate layer unfold in person this weekend allowed the band’s songs to truly come alive for me. Closing with “Meticulous Bird,” an ode to survivors of abuse, Nguyen poured out an untamable energy with riot grrrl rawness. The audience was left huffing along, ready to smash oppression once and for all. It was mesmerizing, and emotions ran thick, proving that unleashing and processing feelings is as crucial a form of activism as any.

Read This Next: Thao Nguyen on Musical Pain and Writing Breakup Songs
Read This Next: Hurray For the Riff Raff is Writing a Whole Album About Gentrification 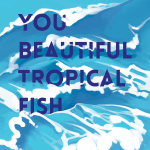 by Sarah Mirk
Activists still need to sleep enough, eat enough, and stretch every once in a while.