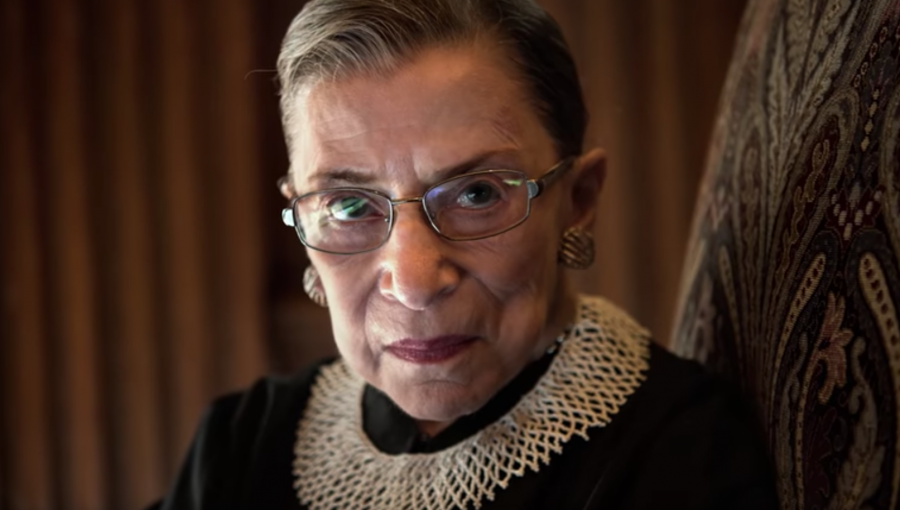 All of my feminist awakenings have come from attending marches and protests with my best friend in my early college years. There was always an immediate sense of exhilaration as the air filled with slogans and cries. “What do we want?” someone would shout. “Justice!” we’d cry. “When do we want it?” they’d ask. “Now!” That sweeping feeling of exhilaration made me want to jump into action, and I have long associated feminism with that sense of immediacy. Betsy West and Julie Cohen’s new documentary, RBG, explores how Justice Ruth Bader Ginsburg practiced radical patience as she carried out her mission of building a gender-just legal system. But Ginsburg experienced sex-based discrimination at every turn: She was one of only nine women in a class of more than 500 at Harvard Law School, and she and other women students were refused entry into the library.

Though she was one of the first women members of the Harvard Law Review, she wasn’t invited to the publication’s annual banquet. And as the documentary reveals through interviews with Ginsburg’s friends and colleagues, not a single New York law firm would hire her after she graduated from Columbia Law School with top honors. She was also paid less than her male colleagues at Rutgers University, where she taught law, but Ginsburg didn’t take to the streets with posters and slogans; she had other plans. The feminist struggles of the ’70s were built on the yin and yang of feminists protesting in the streets and women like Ginsburg and Brenda Feigen who were fighting in courtrooms. While the feminist movement was experiencing watershed moments such as Gloria Steinem publishing her 1969 seminal battle cry for feminism, “After Black Power, Women’s Liberation,” in New York magazine and the U.S. Senate passing the Equal Rights Amendment in 1972, Ginsburg was litigating for the ACLU’s Women’s Rights Project.

As Steinem recalls in the documentary, she felt confident protesting because Ginsburg was making her presence felt in the courts. RBG revisits Ginsburg’s landmark cases, beginning with 1972’s Frontiero v. Richardson, a curious Supreme Court case where she fought for a man’s right to receive his wife’s dependant allowance. “Sex like race is a visible, immutable characteristic bearing no necessary relationship to ability,” Ginsburg argued. “Sex like race has been made the basis for unjustified or at least unproven assumptions, concerning an individual’s potential to perform or to contribute to society. It is clear that the core purpose of the 14th Amendment was to eliminate invidious racial discrimination.” Though the justices couldn’t agree on the standard of review, William J. Brennan Jr., William O. Douglas, Byron White, and Thurgood Marshall agreed that only allowing wives to be dependents created “dissimilar treatment for men and women who are similarly situated,” and violated the Fifth Amendment’s Due Process Clause.

It was just the beginning for Ginsburg: She likened gender-based discrimination to racial injustice and drew on the works of Marshall and legal scholar Pauli Murray to build subsequent cases. “It’s like knitting a sweater, thread by thread,” remarked one of Ginsburg’s law-school friends, Arthur Miller, about her effort to redress the American legal system case by case. Ginsburg continued fighting for male widowers who wanted access to their deceased wife’s social security (1974’s Weinberger v. Wiesenfeld and 1976’s Califano v. Goldfarb) because that established a legal basis for sexism affecting both men and women. In both of these cases, the justices ruled in Ginsburg’s client’s favor, and American courts were, for the first time, recognizing that gender-based requirements for survivors’ benefits violated the Fifth Amendment. It was not popular for Ginsburg to take on such cases in the height of a feminist revolution, but with each favorable court verdict, she was setting precedents.

Ruth Bader Ginsburg used teacher-like patience to first fight for men’s rights, then slowly expand the argument around sexism, and finally center her litigation around the ways women are also discriminated against by the same laws.

“It sometimes felt like teaching a kindergarten class,” Ginsburg says in the film when asked about the long process of making the justices see the law’s sexism. Ginsburg used that teacher-like patience to first fight for men’s rights, then slowly expand the argument around sexism, and finally center her litigation around the ways women are also discriminated against under the same laws. It was a long, but necessary road. Though she fought two bouts of cancer, reared two children, and lost her husband, Ginsburg never missed a day on the bench, and has continued attacking discriminatory laws until they’re remedied. Ginsburg’s life and activism offers a powerful lesson for today’s feminists: Feminism is a fight for our present, but it is also a belief in the potential of the future. We must strike hard when the time is right, but patience is important. Ginsburg’s famous “I dissent” statement became excellent gifs, but it’s also a reminder of the transformative legal work she’s done for decades. While Ginsburg faces pressure to retire from the Supreme Court, she, of course, continues to wake up every day and fight the good fight—one pushup at a time. Feminism is not a fad, and the Notorious RBG continues to be in the fight for the long haul.

Read this Next: “On the Basis of Sex” is the Glossy, Imperfect Love Story We Need Right Now 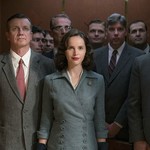 by Caroline Reilly
The love between Ruth and Marty Ginsburg is palpable, and brilliantly illuminates the battles Ruth takes on in her professional life.