The Pain of Mothering Over a Payphone from Prison | Bitch Media

ActivismCulturePoliticsprisonOrange is the new Black

The Pain of Mothering Over a Payphone from Prison 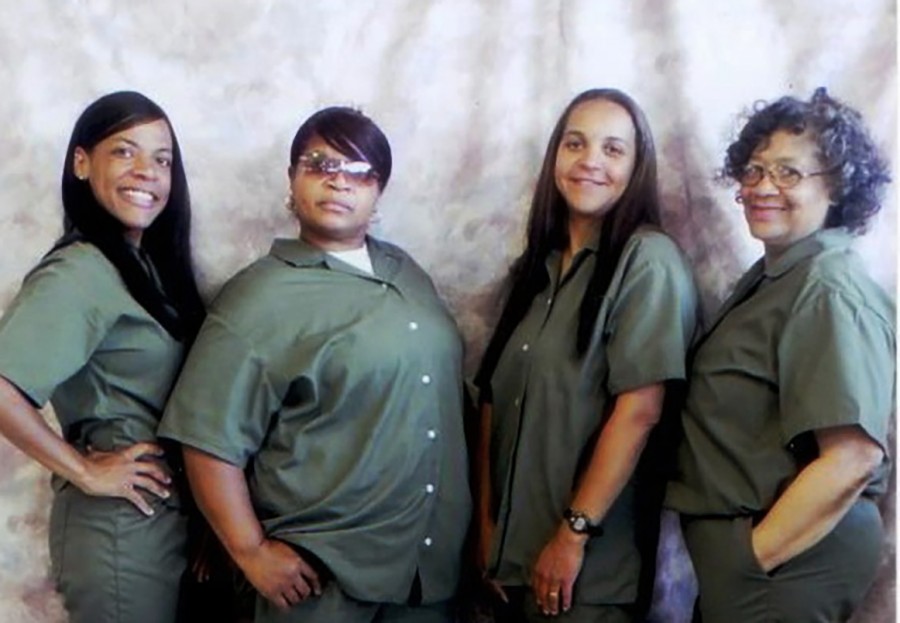 Andrea James (second from right) is the Executive Director of Families for Justice as Healing.

Andrea James knew all about the problems with our prison system. Growing up in Roxbury—a historically African-American neighborhood in Boston—she saw a lot of people get arrested and incarcerated as part of the War on Drugs. As an adult, she became a criminal defense and real estate lawyer and spent 20 years building her practice. She knew all the facts and figures about how prisons worked.

But James says her real education about the realities of prison started when she was incarcerated herself. In 2009, she was sentenced to 24 months in the Federal Correctional Institution in Danbury, Connecticut for wire fraud.

“We can be criminal justice professionals all day long and still never have a clue about what it’s actually like,” says James.

Danbury is the women’s prison that’s become famous as the inspiration for the setting of the show Orange Is the New Black. Piper Kerman, who wrote the memoir that’s the basis for the Netflix show, served 13 months in Danbury in 2004. What James saw in Danbury motivated her to do more to change the system once she got out. While still incarcerated, James and a group of other women sat around a table and dreamed up an organization that would advocate for the rights of incarcerated women and girls. That group became Families for Justice as Healing—which James now directs from the outside.

One of the most shocking realities James saw in prison was how women became cut off from their families and children. When James went to prison, she was taking care of her five-month-old son and 12-year-old daughter. She considers herself lucky: They lived just one state away from the Connecticut prison, and her family was able to take care of them, otherwise they would have wound up in foster care. Many women around her were in worse positions—since Danbury is a federal facility, women were sent there from all over the country.

“Not only were they thousands and thousands of miles from their children, but they had not seen and many of them had not talked very much to their children five or six years later,” says James.

That means the costs and logistics of visiting were often impossible. Even making a phone call was difficult: James’s unit had only four phones for 200 women. If you waited in line to make a call, you had to be able to afford it. Each call cost from $3.50 to $5 and was capped at just 15 minutes. 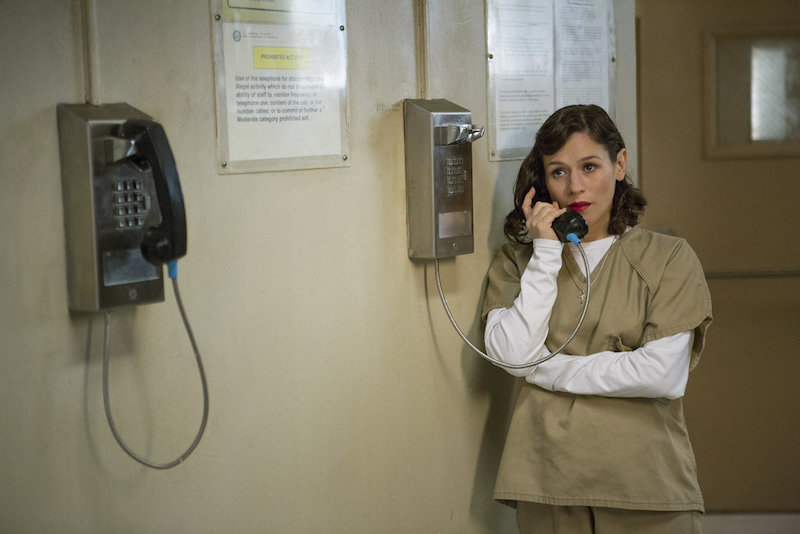 In Orange is the New Black, Lorna Morello (Yael Stone) finds some rare private time on the phone.

That might not sound like too much of an expense for someone on the outside. But incarcerated people are paid way, way less than minimum wage: as low as 12 cents an hour. Working full time, that adds up to just about eight dollars a month. That’s two phone calls.

“To mother from a payphone from inside of a prison was just the most heartbreaking thing that I had ever witnessed. Even for myself, and I had so much more privilege and access than most of the women in that prison, it was incredibly painful,” says James. “When the phone cuts off, the phone cuts off, and you’re done.”

On top of that, the companies that provide phones for people in prison often tack on extra fees, making the calls even pricier. In a recent report, the FCC found that some private companies were charging $14 a minute for prison phone calls. For years, prison reform groups have been pushing hard for the FCC to stop price gouging for prison phone calls. Finally, after some legal setbacks, in August 2016, the FCC finally laid down some new rules, saying that companies couldn’t charge more than 13 cents a minute for federal prison phone calls to other states. So one 15 minute phone call home to your family across state lines will now cost $1.95—an improvement, sure, but still about a big chunk of your monthly wages if you make 12 cents an hour. 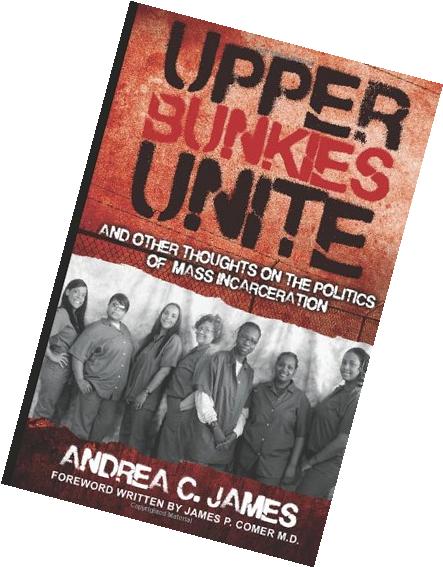 This is just one example of the concrete realities of prison that weren’t visible to James as a person on the outside, but became very clear once she had to navigate the prison system herself. Think about how radical the name of James’s advocacy group is: Families for Justice as Healing. For James, “Justice as Healing” means pushing for laws that will help make society safer and healthier by sending fewer people to prison. And Families for Justice as Healing has gained some attention—in 2015, James won a prestigious Soros Justice Fellowship to fund her grassroots work.

“Whenever you take women and incarcerate them, for the most part you’re creating further harm. Because incarceration is the most dehumanizing experience on the planet,” says James.

Right now, Families for Justice as Healing is advocating for a law in Massachusetts that would reform how bail works. Poor people often can’t afford bail, so they wind up spending days, weeks, or months in jail before their trials. Across the Americas, anywhere from 10 to 40 percent of people who are incarcerated are just awaiting trial; they haven’t been found guilty yet, but they can’t afford bail to get out. Another law they’re pushing for calls for community-based alternatives to prison for people who are the primary caretakers of children. If it passes, judges would have to consider the human cost of separating families and putting those kids in the foster care system and could send people to residential treatment facilities or put them on house arrest instead of sending them to prison if they have kids to take care of. James is also raising awareness about CAN-DO (Clemency for All Nonviolent Drug Offenders), a group that’s pushing for President Obama to grant clemency to people serving time in federal prisons for nonviolent drug crimes. They’re hoping Obama will undo some of the damage of the War on Drugs by granting clemency to many people before he leaves office.

Families for Justice as Healing also works on getting the stories of incarcerated women into pop culture. They help women who are in prison write and publish their stories. They think it’s really important to share those realities as media, to help humanize people who are incarcerated and make this situation visible to the mainstream. Andrea wrote a book about her own experience in Danbury: It’s called Upper Bunkies Unite.

Of course, the biggest piece of pop culture to come out of Danbury is Orange Is the New Black. James says that the women she works with in the prison have mixed feelings about the Netflix show. They definitely support Kerman’s original memoir and the work she’s done for prison reform after its publication. But James says many of the women she talks to who are in prison are worried the show is turning their cruel realities into comedy.

“It’s a double-edged sword for us. You get to a point where it’s all about entertainment,” says James.

James says the entertainment value of the show—and the money Netflix is certainly making off it—make her uncomfortable. And, of course, it was easier to get the show made because it’s about a white woman, while most of the women in prison are women of color. But Orange Is the New Black is also certainly doing what so much of our media fails to do: putting prison issues on the mainstream radar in a colossal way. It’s made prisons visible.

“For women, particularly white women, college-age students who are going to be the social workers and grad students of the future who still control the agencies and the nonprofits that are making decisions for us, it’s raising awareness of the issue. That’s a good thing,” says James. “We have to do a better job at not allowing a show like Orange Is the New Black to not mute our voices, the women who have the real experience.”

James is worried that people will sit back, watch the show, and feel bad, sure, but not work to change the system.

This interview was featured on our Popaganda podcast Invisible Prisons. Check out the whole show here.

Relevant: The Racism on “Orange Is the New Black” Makes It Traumatic to Watch