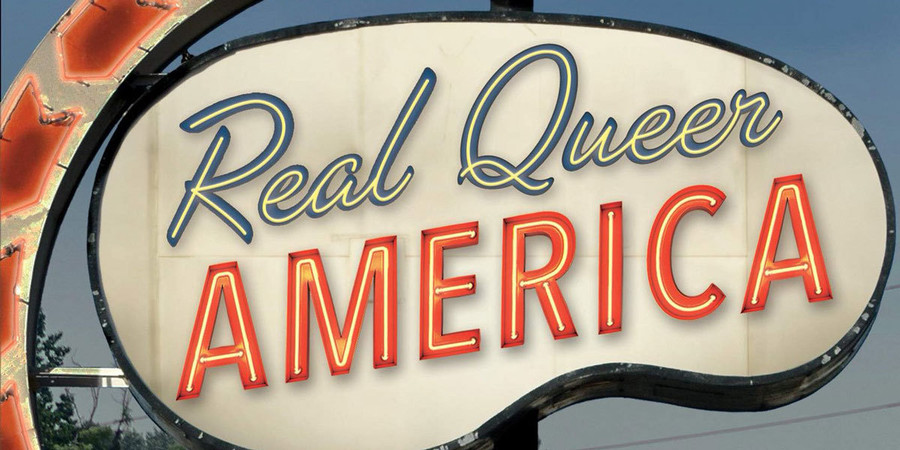 Samantha Allen’s second book, Real Queer America: LGBT Stories from Red States, might surprise readers when it’s released on March 5. Allen, a senior culture reporter at The Daily Beast and a GLAAD Media Award winner, traveled to America’s so-called red states to craft this nonfiction survey/memoir combo about queer and trans individuals who are thriving in every conceivable way—and doing important advocacy work so LGBTQ communities can too.

Real Queer America follows a map informed by Allen’s own experiences in conservative America. “From when I was closeted in Utah to coming out of the closet in Georgia to finding my friends in Tennessee to finding my wife in Indiana, I went back mostly to personal landmarks to see how they had changed, [to] meet and reconnect with people,” Allen says. “[B]ecause I’ve left these places, I wanted to find out what had motivated my friends to stay there, to kind of dig in their heels and make life better for queer people where they live.”

Allen, who was raised in the suburbs of Los Angeles and New Jersey before her adult stints in red states, doesn’t have “the kind of primitive attachment to a place that a lot of people I interviewed in the book have had.” But she considered it important to highlight the stories of queer folks living in areas that are often stereotyped as homophobic and unwelcoming.

“It might seem paradoxical to someone who has spent [most] of their time as a queer person on the coasts [that queer people living in red states can thrive],” she says. “I think a lot of people imagine that LGBTQ people living [in] Texas or Indiana are just kind of, I don’t know, perpetually downtrodden or feel overwhelmed by what’s happening in their states. I know from personal experience and from writing the book that that’s just not the case. People tackle the challenges in front of them with a kind of resolute determination—but then, you know, once the protest is over, everyone just wants to hang out with each other and bask in the warmth of community.”

There’s also a persistent narrative, often perpetuated by mainstream popular media, that all LGBTQ folks leave their hometowns for queer-friendly cities like New York or San Francisco. “Wherever I went, people were excited that I was writing this book because they felt underserved by national media,” she says. “The [national] reporter only comes into town when something truly catastrophic happens, you know? Very few people are there to report [on] the good things that are happening [and on] the communities queer folks are building. I find the mainstream media is mostly interested in something like HB 2 in North Carolina, but not in, ‘How is an LGBTQ youth center thriving in Raleigh, North Carolina?’ I wanted to do [a] book full of stories that a media outlet wouldn’t devote the time or resources to because they weren’t about some kind of catastrophic, anti-LGBTQ bill [but] about people living and growing and building community.”

The expectation that queer people leave their homes for big cities is also becoming less common as LGBTQ people are increasingly priced out of major cities thanks to skyrocketing living costs. In a 2016 article for The Daily Beast, Allen reported on a ConsumerAffairs.com analysis of U.S. census data that showed more LGBTQ-identified individuals either moving to or staying in red states—a hint that so-called conservative states might be more accepting than previously thought. “If the dominant LGBT narrative of the 20th century was a gay boy in the country buying a one-way bus ticket to the Big Apple, the untold story of the twenty-first is the queer girl in Tennessee who stays put,” Allen writes in the book’s introduction.

In fact, having ready access to nature, Allen found, was among the advantages many LGBTQ people prioritized when opting to live in rural or non-cosmopolitan communities. “Wherever I went, people talked about the beauty of their surroundings, whether it was queer folks in Utah talking about how much they like hiking in the Wasatch Mountains or people in Arkansas talking about Eureka Springs and how gorgeous it [is] there,” In the past, the outdoors were considered inaccessible or intimidating to LGBTQ people, Allen says, LGBTQ people in rural areas are “kind of reclaiming the outdoors as a queer space.” 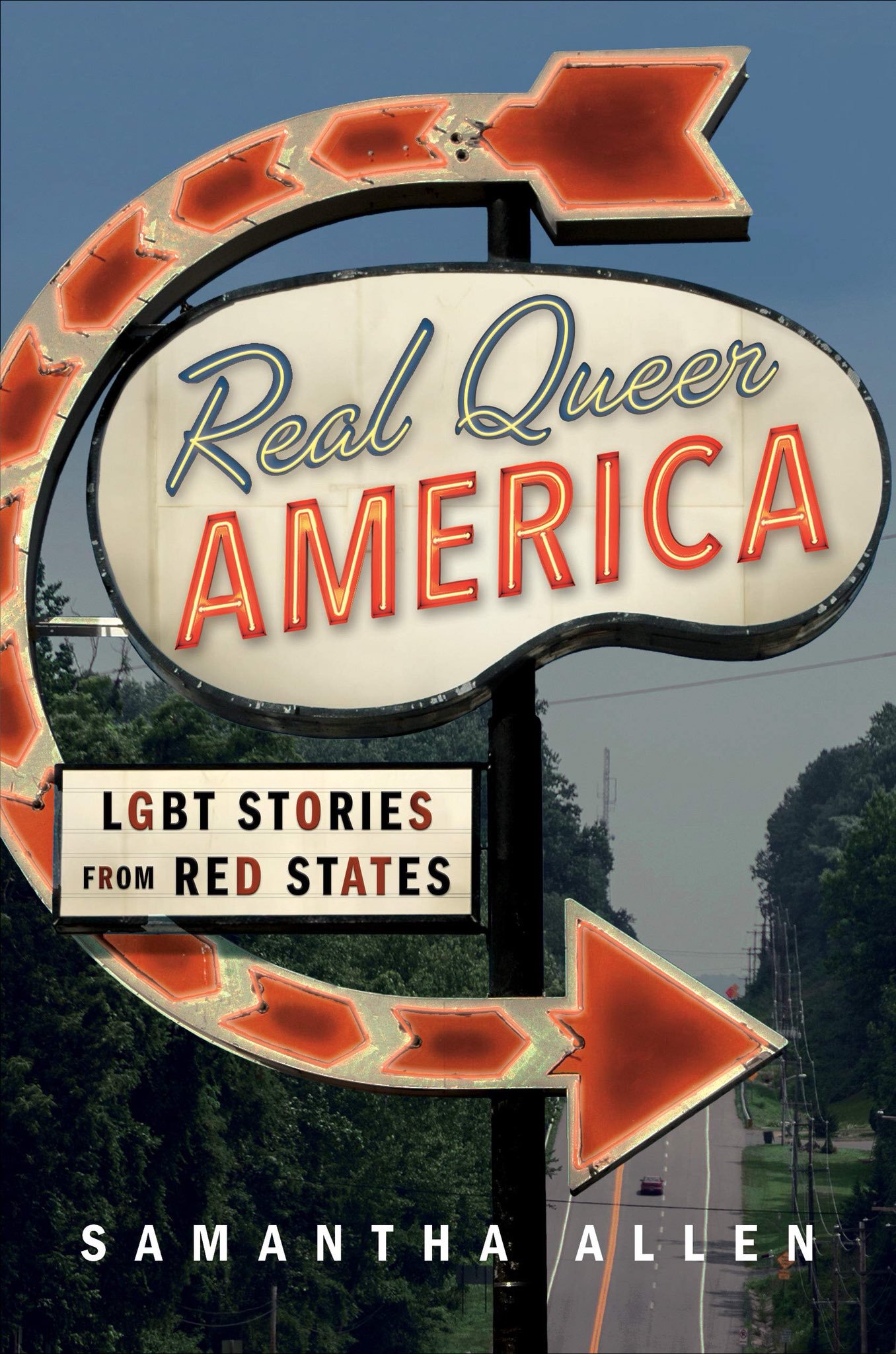 Though budget and time constraints kept Allen from being able to visit red states in places like the Southwest, the places she does chronicle are known more for anti-transgender bathroom bills than for queer community-building. “Things are a trash fire in Washington, D.C., right now,” Allen asserts, “but look almost anywhere else and amazing things are happening.” She’s certainly not wrong; the American Civil Liberties Union keeps a running list of legislation affecting LGBTQ people in the United States, and though several anti-LGBTQ bills have been introduced and passed in recent years, there has also been significant progress in the fight for queer and trans rights.

New York, for instance, recently passed a historic transgender anti-discrimination act and a ban on conversion therapy; five states and Washington, D.C., now allow residents to choose the gender-neutral marker ‘X’ on their identity documents, with airlines reportedly altering policies to reflect this change. At least 15 state lawmakers in Arizona have expressed support for HB 2290, a law introduced by Representative Rosanna Gabaldón that would make it easier for transgender people to have the correct gender marker put on their death certificates; and in January, California state Senator Scott Wiener introduced SB 201, which would prohibit unnecessary surgeries from being performed on intersex children at birth.

“Knock on wood, but having traveled the country, done this book, met the people that I’ve met — [in] a lot of the key culture war issues, the LGBTQ community has won,” Allen says. “I feel like we’ve really turned a tide, for instance, on conversion therapy in the last couple of years, especially with the media awareness that’s around that now with films like Boy Erased.” She adds, “I feel like we sometimes don’t give ourselves enough credit for how quickly we’ve helped change hearts and minds on some of these issues in the last five years. I feel like we’ve crossed some really significant points and there’s no going back—no matter what the Trump administration tries to do to stop it.”

The expectation that queer people leave their homes for big cities is also becoming less common as LGBTQ people are increasingly priced out of major cities thanks to skyrocketing living costs.

In the chapter “Prodigal Daughter,” Allen writes about returning to Utah years after leaving the Mormon Church and Brigham Young University. She notes that important legislative and social changes come through revolutionary praxis, but also through “the underestimated power of conversation—through small exchanges of generosity and goodwill, through questions asked in good faith, through love expressed with no preconditions or expectations of return.”

Among the exciting developments in Utah is Provo’s Encircle: LGBTQ+ Family and Youth Resource Center, a space Allen says every person running a LGBTQ community center needs to visit. “Historically, what queer spaces have looked like have been adult-themed businesses and bars. There’s good reason for that, and those institutions still definitely have a vital place in our culture, but as LGBTQ people come out at younger ages, and as older generations get more supportive of their children and grandchildren, we need spaces that can be alcohol-free,” Allen says. We need spaces that [are] family-friendly. We need spaces for parents of trans and gender-nonconforming children. We need spaces for those kids. Encircle is the best model I have ever seen of that. It was a place where I saw LGBTQ youth and devout Mormon parents sharing space seamlessly, learning from each other, supporting each other, loving each other. That was incredible to see and it’s something I haven’t really seen elsewhere.”

Allen hopes that Real Queer America changes the conversation. “If the book [says] anything to just a casual reader who picks it up, I want it first and foremost to say, queer people are here—or there, as the case may be—and aren’t going away.”

Read this Next: Creating Home

by Sarah Heying
The queer community in North Mississippi is a secret society. 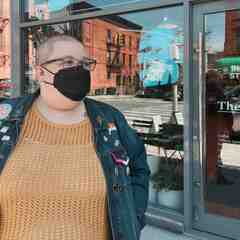 Samantha Puc is a culture critic and essayist whose work focuses on LGBTQ and fat representation in pop culture. She is the co-founder and editor-in-chief of Fatventure Mag.