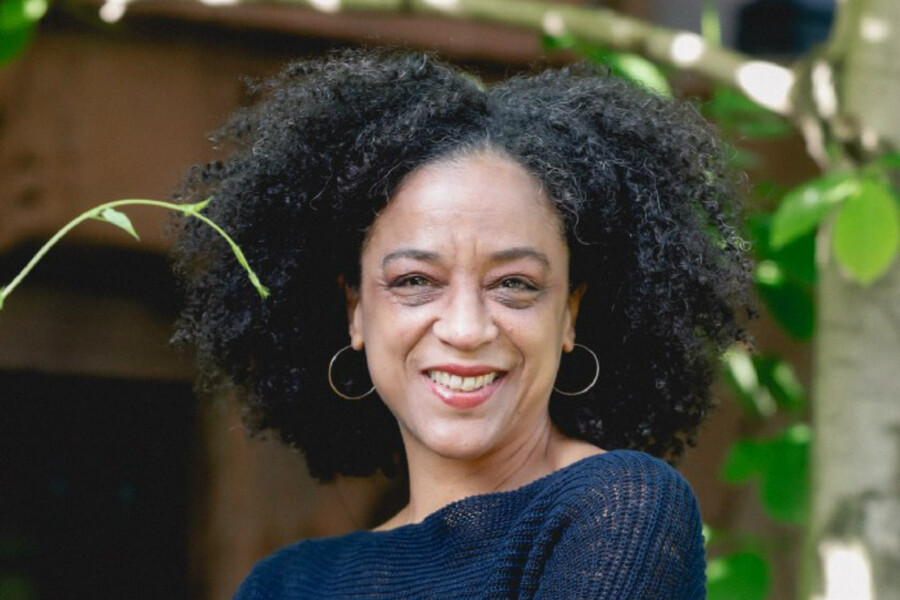 In her memoir, Surviving the White Gaze, adoptee Rebecca Carroll describes her birth mother, Tess, as “the central character in a fairy tale written just for me.” For many adoptees, the story of their birth family and their adoption—in other words, their life—becomes something like a fairy tale, a story that ends with their adoption as happily ever after. These stories are often told for them by their adoptive families, adoption advocates, even national baby-food corporations. With her memoir, Carroll takes full control of her story and examines her experiences as a Black girl growing up in a white family and community with deep insight, thoughtful nuance, and, most of all, compassion for her younger self.

While adoption is often touted as proof that it takes only love to make a family, Carroll illustrates all the ways love is not enough when it comes to the issues of race, trauma, and loss that come with transracial adoption. Through lush prose filled with incredible detail amassed from years of journaling, letters, and other artifacts, Carroll takes us on a captivating journey of self-actualization. As we watch her navigate her rural, idyllic-on-the-surface New Hampshire hometown and a tumultuous, emotionally damaging relationship with her white birth mother, we get to bear witness to a powerful becoming. Bitch spoke to Carroll about excavating memories, the complicated role of whiteness in her life, and how she knew she was ready to tell her own story on her own terms.

I found the story arc of the book to have this really great bookend structure, beginning and ending on these images of what appears to be, on the surface, an idyllic childhood. How did you decide where to begin and end the story?

I had initially wanted to start with meeting my birth father because that was the critical turning point. But then I realized that in order for people to really understand and grasp the full impact of the cracking of the idyllic childhood, the contrast had to make sense. For readers to understand that I lived in this all-white world, there had to be a curatorial element to it; [my whole world] was under the white gaze. So I wanted to start with that all-white world without actually naming [its whiteness], in the hope that people would get so caught up in the beauty of it that they would be really shook when they were able to sort of step away and see what I was setting up.

In those opening paragraphs, there’s this really beautiful place readers certainly get caught up in. And then your world slowly unravels throughout the rest of the book.

Right. But that’s the thing about surviving the white gaze: It’s the default. It’s everywhere. It’s the air. It’s the air my brother, my sister, and I breathed, and when we left that bubble, [my brother and sister] continued largely to live in that mindset because they could. Their teacher wasn’t saying to them [that] they’re very pretty or handsome for a Black girl or boy. None of those touchstones shook them out of what our childhood incorporated or gave us in terms of how the world works.

Toward the beginning of the book, when you’re describing taking ballet classes, you use this phrase: “I was being ushered through my life via the powerful passport of white privilege.” And yet, white privilege and white supremacy have been central barriers in your life. How do you reconcile these two seemingly opposing experiences with white privilege? Or would you even consider them to be opposing?

Your previous books included some of your own experiences but also focused a lot on the experiences of others. You’ve written about your life in shorter forms in the past, but what made you feel ready to write an entire book that focused on your own story?

I got grown. That was a major part of it. Don’t underestimate maturity. [There was] also intellectual evolution—owning my intellect and freeing myself to live in myself. There’s a reason the book stops where it stops. [Over the] past 15 years, I had my son and married my husband, which is what allowed me to write the book. It served as the foundation. In this family I have made, I know who I am. All of those experiences, particularly the trauma and the racism, were [causing] harm inside my body and inside my brain. I’m very happy for [that harm] to now be out and on the page. I knew [those experiences of racism and trauma] needed to have their own cohesive narrative outside of my psyche, outside of my emotional constitution. I started having real conversations with my kid, who very saliently has identified spaces and places that are all white. When Michael Brown got shot, he asked if we would get shot. I started realizing the real reconciliation is the kind of ease with which my white family and friends had gone about the world without really thinking about the actual violence of structural racism and systemic violence. You hear people, particularly adoptees, say this all the time, but having a child of my body absolutely blew my mind, blasted open my heart, and changed what I was prepared to do and take on. I knew I had to excavate a lot of the stuff that is in the book [in order] to keep evolving. 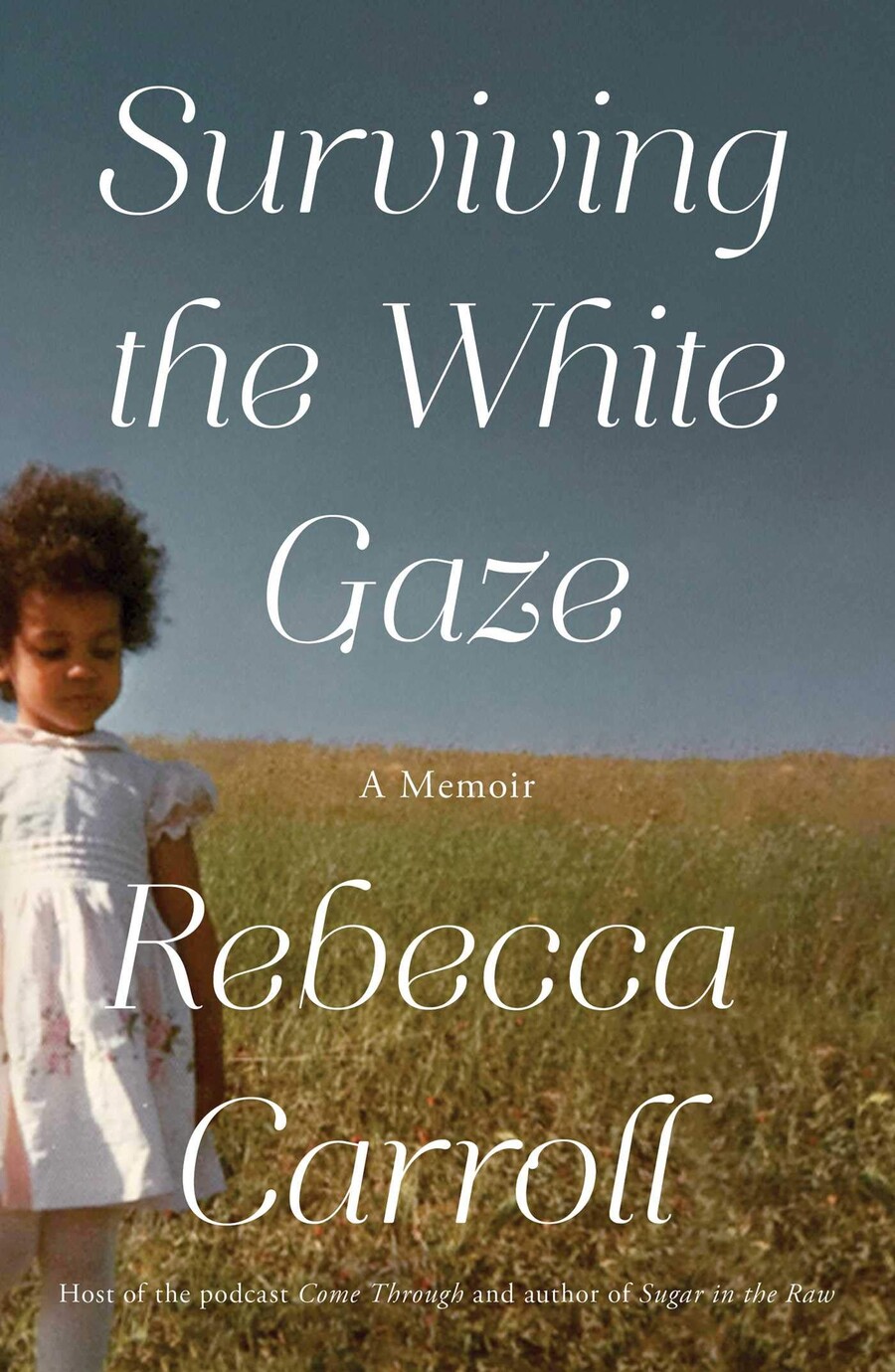 How does it feel to have your story on your own terms out in the world now?

It feels pretty great, I’m not gonna lie. [Laughs.] I mean, it’s tricky. Everyone except for my birth father is still alive, and not everybody is fond of the way they have been written about. But again, I’m a grown-ass woman, and I waited. I waited until I had the emotional fortitude and could stand in the truth of my story. The most important thing—apart from the catharsis of [writing the book], and the excavation and evolution and moving on—is I’ve spent my life talking about my adoption and my birth mother. And every time I told the story, people would be like, “Wow, that’s a wild story.” I know it’s a wild story. I know it’s an interesting story, but I really wanted to make sure the writing lived up to the story. It requires a real skill set to write a memoir.

After I worked incredibly hard with my amazing literary agent, Maria Massie, on the proposal, there was a bidding war [among publishers to acquire the book]. It was super exciting. We sold the book, I sat down to write it, and nothing came. [Laughs.] I didn’t understand how I could be so ready [but] not know how to do it. I had to learn how to write a memoir, which was not just [writing] personal essays or stringing together journal entries. [It wasn’t just] trying to do a collagist approach, which is very much my nature; I needed a thread, a through line, an arc. [My memoir] had to have a real arc, and that meant that I had to answer the central question: Does [my writing] speak directly to surviving the white gaze? If not, [that sentence] doesn’t make it in. That was challenging, but it was [also] really freeing and quite joyful. There was stuff that was very tough to write about, but I was really pleased with the relationship I had with the story.

As you were interrogating yourself and your memories, did you think about who from your life might read your book? How did that inform what you chose to reveal?

I initially had three prongs of folks I was writing toward—not for, but toward: Toni Morrison, who influenced me beyond measure as a writer, as a Black woman, and as a fierce, fierce intellectual; my son, because this is my life’s work and my legacy; and my adoptive family. I thought [my book would] be, in some ways, a gift, but that’s not how [my adoptive family] received it at all. When I was writing [the book], I thought I was including anecdotes that would clarify for them the struggle I experienced and what it was like to be a Black girl in a white family in a white town in a white school. But they haven’t been able to see that because they were never able to see me. When you live [the way they’ve lived] throughout your life, you have to unthink. They’re not poised to do that in any way. The choices they’ve made have not set them up to be in a position to unthink the way they’ve been thinking their whole lives.

As long as we live in a white-supremacist, structurally racist country and society, we’re all surviving the white gaze. We’re all trying to get out from under it.

Your book is titled Surviving the White Gaze. You write in the book about decentering whiteness in your life over the years. Do you still feel like you’re surviving that gaze, or would you say you’ve survived that gaze?

That’s a great question. I think of it less as having survived as having become. So it’s about surviving [the white gaze], but it’s also about becoming who I am—becoming a Black woman, the Black woman I know and feel to be true and my authentic self, for lack of a better term. That’s what ultimately allowed me to write the book. But as long as we live in a white-supremacist, structurally racist country and society, we’re all surviving it. We’re all trying to get out from under it.

Do you have any hopes about what young Black girls, especially those who are either adopted into white families or living in white communities, might feel or get out of reading this story?

Your story is bigger than your adoption, and if you or your parents don’t have the resources, or [they] haven’t figured out how to equip themselves with the resources, then you can go deeper into who you are on your own. [That’s] a really important message, certainly for adoptees, because that’s ultimately how I survived. Despite all the missteps, the insecurity, the trauma, and the difficulties, there was this sense inside of me that I was bigger than just the adoption, that I was bigger than just a Black girl in a white family. I write about reading Zora Neale Hurston’s passage, “How can anyone deny themselves my company?” Seek and find that connection to places like [the one Hurston created], whether you find it in literature or in art. The ancestors are always looking out for you, whether or not you have Black community.

Read this Next: YouTuber Myka Stauffer Illustrates the Problem with White Adoptive Parents 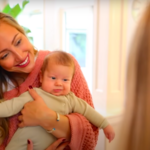 by Andrea Ruggirello
Adoptees have long known what it’s like to have our stories usurped by adoptive parents.