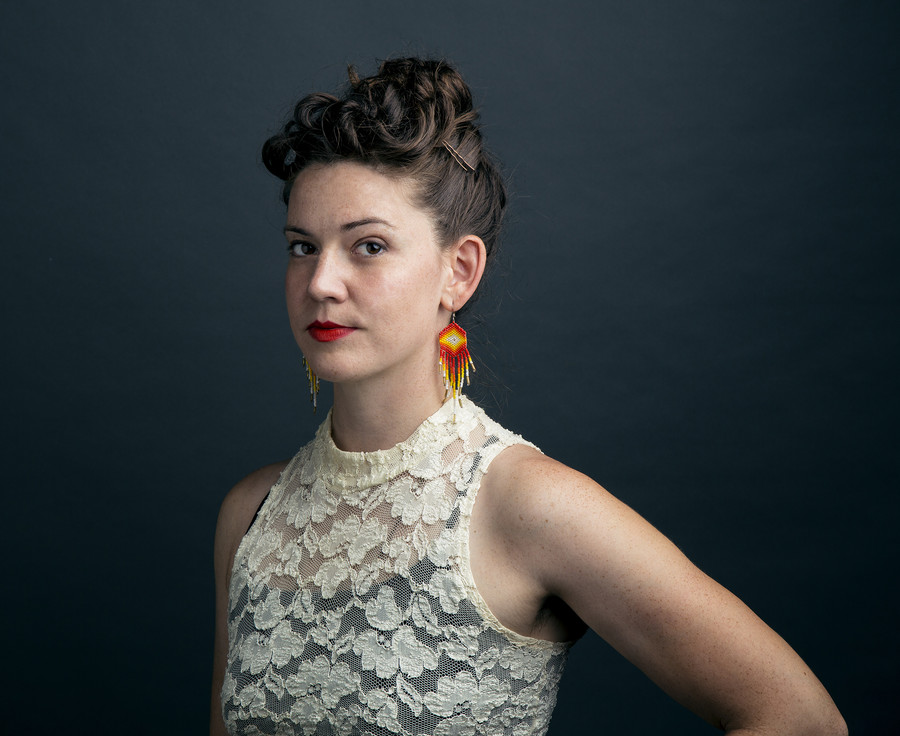 Rebecca Nagle, a two-spirit activist, writer, and speaker who’s a citizen of Cherokee Nation, has long been writing about the myriad systemic issues facing Indigenous people. Now, with her podcast This Land, Nagle is providing necessary history and context for a Supreme Court case that could alter the course of Native land rights in the United States.

Why should more people be paying attention to Carpenter v. Murphy?

The Supreme Court case could have a really big impact [on] the treaty rights and land rights of a tribe called the Muscogee Creek Nation. And because of a shared history, the Supreme Court’s decision will likely impact the treaty and land rights of five tribes in Oklahoma. Those five tribes are some of the largest in the United States in terms of citizenship, and the land in dispute is about half of the land in Oklahoma. There’s a pretty clear, straightforward test that the Supreme Court has used for decades to decide whether or not a reservation exists. If the Supreme Court changes that test or changes the rules with which it decides whether or not a reservation exists, [then] it could be really bad for Indian country.

What is the process for Congress declaring that a reservation no longer exists?

The two most basic ways are by treaty. We can sign an agreement with the United States government that says we’re going to cede this land. [There’s] also unilateral disestablishment of a reservation. So Congress can pass a law or an act that says, “This territory no longer belongs to the tribes. The reservation is hereby terminated, abolished, and done away with.” But there’s never been a time that Congress passed a law saying that any one of the Muscogee Creek Nation, Cherokee Nation, Chickasaw, Choctaw, and Seminole reservations “no longer exist.”

Before Oklahoma was a state, we all lived in Indian Territory and our tribes operated autonomously. It wasn’t a state, so we were the government here. Our sovereignty was limited [in order] for Oklahoma to become a state and for the land that is our reservation to be part of that state. We ran our own public school system; Congress [created] a law saying that tribes [could] no longer run [our own] school system. We had our own court system, and Congress passed a law saying crimes and disputes are going to be adjudicated in the federal courts system [instead of] the tribes’ court system. [The U.S. government] chipped away pieces of our sovereignty, but they never, in writing, abolished our reservation. That’s the crux of the case. 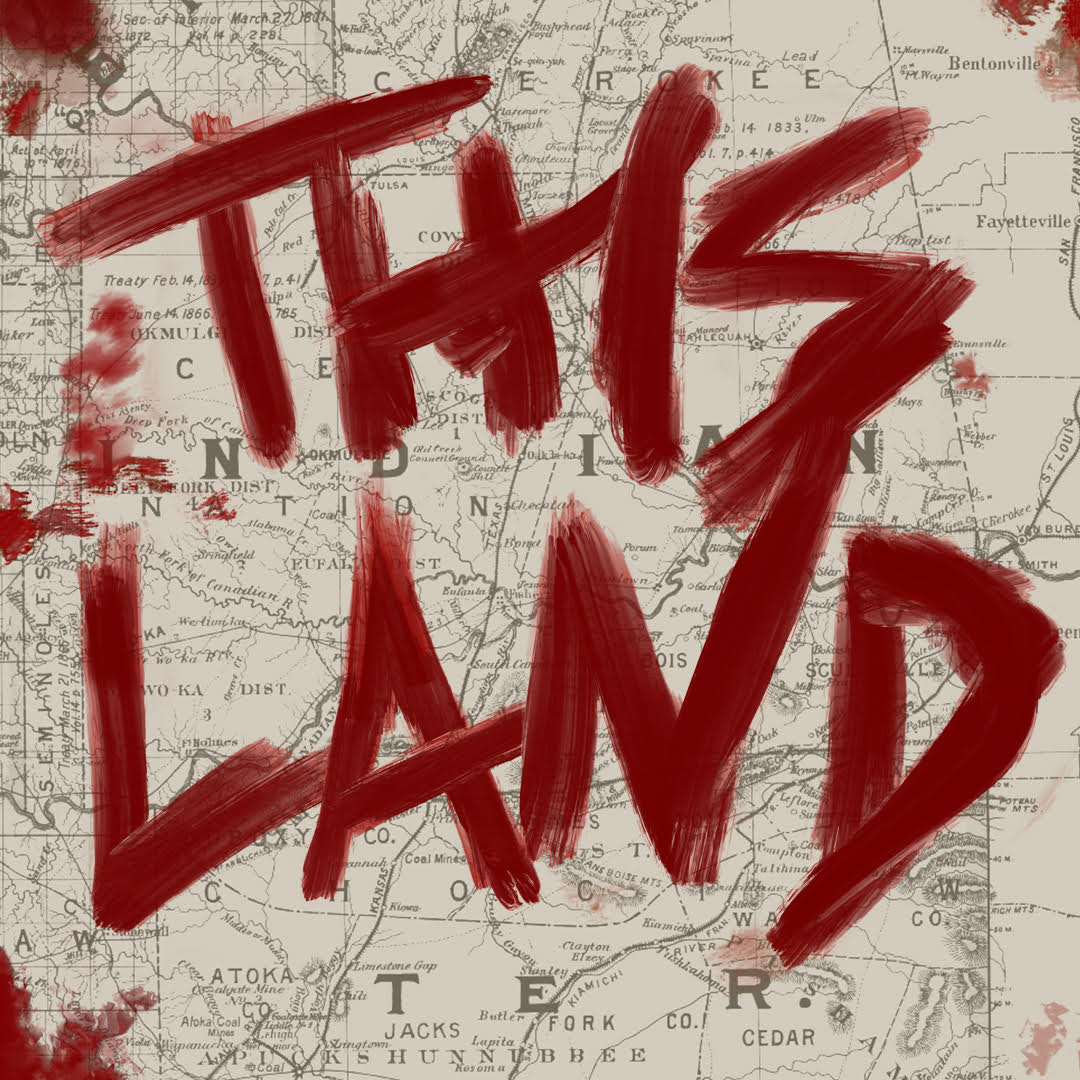 Your great-great-great-grandfather John Ridge signed the 1835 treaty that removed your tribe from Oklahoma, so you have an intimate relationship with this issue. How did you become the host of This Land?

I wrote a [November 2018] op-ed for the Washington Post about this case and my family’s connection to the land in Oklahoma. [Crooked Media] read [my story] and were interested in turning it into a series. The rest is history. It was definitely a new experience. I hadn’t written for radio or audio before. Luckily, I have a really great team that gave me a lot of good feedback. I found this storytelling format to be a really powerful way to [help] people understand what’s at stake for Native people.

This Land packs a lot into each 28-minute episode. How did you approach putting the podcast together?

There were some hard decisions about what to include and what to cut. Before we’d [cut] a final episode, we’d make a scratch mix without sound design. [It would] just be me talking [with our guests]. Some episodes were heavy, so it was really hard to listen to the whole thing and stay engaged when the episodes were longer than 30 minutes.  We had to decide what was really key for people to understand and what helped [create] a narrative arc over the season, so people felt like they were listening to a story. Before we sat down and recorded, I had research conversations with some leaders from Muscogee Creek Nation, legal scholars, and different voices who I thought we’d want to have in the podcast. Those conversations really helped shape the outline. Then, we had a lot of great conversations with really knowledgeable people [who helped] shape the content.

You have been intentional about making sure that This Land’s staff is primarily Native. Why was that important?

I sent Crooked Media a list of producers in Oklahoma [who they] should hire. I’d suggest different people, and then Crooked Media would hire them to do the podcast art, the theme music, and anywhere we could bring in more Native people. It was great! With the exception of two people, everyone we talked to was Native. That seems like an obvious decision, but it’s shocking how often you see non-Native people discussing issues that primarily impact Native communities.

Invisibility is one of the biggest systemic issues that Native people face. We’re not in public school education. Our issues aren’t in the news media We’re not on television. We’re not in mainstream music. We’re not in magazines. And we’re not in policy debates. When people talk about housing and healthcare, [they’re not] including Native issues and Native law, which is really specific to our unique status as tribal citizens. So we’re erased and then it becomes difficult to advocate for our issues. That’s why visibility is really important. I don’t think we’re going to get the structural changes that Native communities need until everyday Native people understand that we’re still here. That’s something we’re still fighting for.

What are some resources people should be checking out to learn more about land rights?

Indian Country Today and Indianz.com are both really good news sources. NDN Collective has a podcast and they’re making media. All My Relations is a podcast [hosted by] Matika Wilbur and Adrienne Keene that’s more regularly occurring. Look for Native-made news sources and Native personalities on Twitter or on Facebook, and follow those [people] and organizations. While mainstream media isn’t covering important treaty cases in the Supreme Court, an outlet like Indianz.com is covering it blow by blow. That’s a good way for people to stay engaged.

Read this Next: 15 Indigenous Feminists to Know, Read, and Listen To