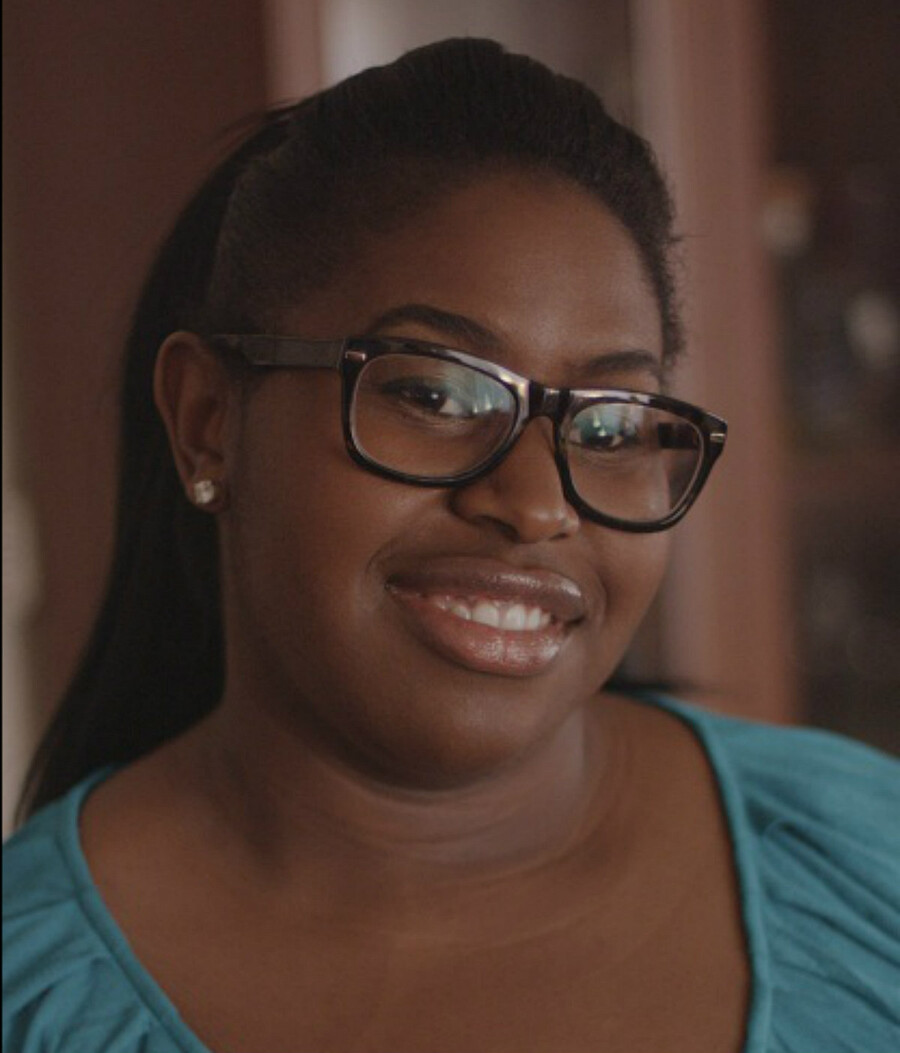 If you want to read romances with a bit more erotic heat to them, look no further than Rebekah Weatherspoon. Her latest novel, Harbor, published on June 27, concludes her Beards and Bondage trilogy of romantic suspense. Harbor features a polyamorous relationship between a woman and two men, complete with mystery, intrigue, and a sex-on-the-beach scene that will make readers want to text someone (or some people) with naughty cravings. Bitch spoke with Weatherspoon about how she began writing romance, why it’s so important for her to include kink and plus-size Black women in her novels, and the importance of her website, Women of Color in Romance.

When did you start reading romance novels and what was it about them that appealed to you?

I was really late. Both of my parents come from the world of academia, I went to prep schools, and I thought I was going to be a lawyer. So I wasn’t reading a lot for pleasure until I moved to Los Angeles to work in television. When I was working at Disney, one of the executives asked someone in the office to read Twilight so we would know what it was about. I read it and I liked it. A couple of other women in my office read it too, and we would talk about it. Then one of the women was like, “Do you know anything about fan fiction?” At that time I was really into Hairspray, so she put me on to Zac Efron fan fiction and that led me to Twilight fan fiction. When I was reading and writing [fan fiction], I met a lot of awesome women who were huge romance readers. They were like, “Oh, you have to try this book. You have to try this book.” It was great ’cause it was like just walking into a warm, friendly room with people actually giving you good book recommendations. So now, thanks to romance, I’m a huge reader.

I love that Twilight led to fan fiction and that led to some of the kinkiest but sweetest romance that I’ve ever read. Have you figured out what genre, or rather subgenre, you like to read most?

Tell me more about Harbor, your new book. I know it’s part of the Beards and Bondage trilogy.

Yeah, that will be the last installment. I was going to do, like, six books for that, but my brain was like, No, you’re not. It can be read out of order as a stand-alone, but I definitely recommend that people read Haven and Sanctuary before Harbor. Harbor features Liz’s—Liz is in Sanctuary—little sister Brooklyn’s story. And she falls in love with two men who were previously in a polyamorous relationship with another woman. A double murder takes place and the three of them find themselves in each other’s lives. It takes off from there. 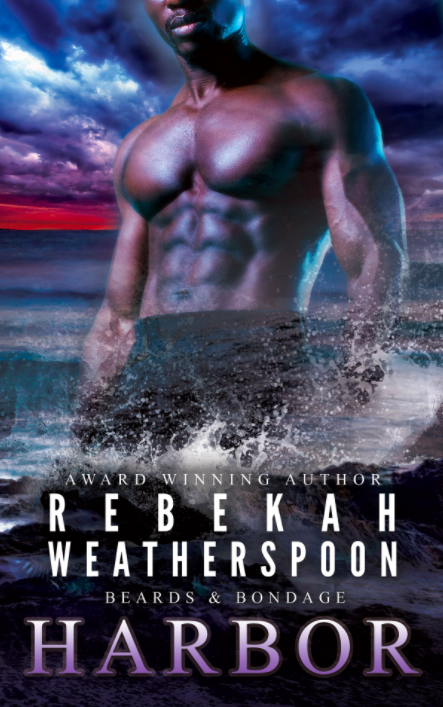 Your books always feature Black women and other women of color, and they’re frequently plus-size, curvy, or whatever the euphemistic term is. Why is that important to you? Do you feel like you’re filling a lack in the romance industry right now?

A lot of Black women who are self-publishing write plus-size heroines a lot, so I’m not unique in that sense at all. A lot of self-published authors have been incorporating plus-size women for a really long time. In a book [I’m working on], one of my heroes wears glasses and I was thinking about how, in my immediate friend group, we all wear glasses. Yet it’s so rare to read a book where someone’s wearing glasses, but little things like that matter. I know a lot of plus-size women, so it seems silly not to include plus-size women in this kind of storytelling.

It seems like your books blur the lines between romance and erotica. Why is it so necessary that we see more kinky Black women in romance?

Talking about sex is important for everyone. I wish that people were more comfortable talking about the kinds of sex they like to have and the way sex can be fun. That’s why I wrote the Fit Trilogy as a BDSM romantic comedy. Everyone in that series is being silly and having a good time and then also having kinky sex. Sex of all kinds always has this kind of shadow over it, like something that you’re not supposed to talk about. You know a lot of people have been watching that movie 365 Days, a Polish movie on Netflix that’s similar in tone to Fifty Shades of Grey. It’s very dark and moody, but I would love to see a funny, upbeat, sexy movie. People fall off the bed sometimes. People laugh during sex because it’s awkward a lot of the time. When you write sex that’s funny and awkward, it’s more accessible to readers because we don’t always meet guys in business suits who have sex dungeons. That’s not always what it is. Sometimes it’s just a guy you met at the park or the gym and you both like some kinky shit—and you also like watching movies together.

You also operate the site WOC in Romance, where you curate recently published romance books by women of color. What made you decide to do that and how much work goes into it?

Right now we have the book club, we have a Patreon, and we do the new releases. In 2013, I was hearing a lot of people say that Black women don’t write romance, which was weird because a lot of Black women were writing romance at that time. So for Black History Month, I just decided to feature a different Black woman on my Twitter every day who writes romance. When I was doing the research, I [realized that I] had so many authors that I could [feature] five a day. I didn’t know who a lot of these people were, but it took me two minutes of Googling. I didn’t have to dig that deep for these people and for their books. So the next month I was like, “I have all of these books that I still haven’t talked about. What’s something I can do to keep spreading the word?” Then Asian Pacific American Heritage Month came up, and I was like, “Let me just do women of color across the board.” We’ve shared more than 3,000 books. I’m glad that people are paying attention to it and trying out new authors, because I’ve found so many great ones through it. Romance Class out of the Philippines is putting out really great romances. I wouldn’t have found them if it hadn’t been for Women of Color in Romance. There are women in Nigeria and Kenya writing really great romances. So it’s just been fun, being able to find people this way.

Talking about sex is important for everyone.

Writers have been advocating for diversity and inclusion in publishing for years, and it seems like there’s this big peak where things boil over at least once a year.  That seems to happen more often lately, particularly on Twitter where we’re talking about the disparity in book advances, and obviously the romance industry and the Romance Writers of America had some challenges earlier this year. What changes in the romance industry and/or publishing altogether would you like to see? What can average readers do to help bring about those changes?

I don’t want to put too much responsibility on readers because they’re not the ones controlling everything and making the decisions. Readers can just talk about books that they like, tell people about books, or give them as gifts. That’s the best way to sell books really. If you’re on a budget or you’re just someone who relies on library system requests, we get paid when libraries buy our books, and it really gets our books out in communities. Request our books from your local bookstores. If any bookstores get a lot of requests for romance by people of color or by Black people, they’re gonna be like, “People actually want us to sell this stuff,” and then they’ll order it and sell it. Just tell, tell, tell, ask, ask, ask.

For publishers, it’s a multitiered thing. I know you heard about the gentleman who disclosed that he [received a large advance for his book]. Listen, get your check, homie, but when you look at the team that works at that publisher, it’s all white people. The whole team is white. Of all the authors on his imprint, there’s one woman of color. There are no Black people. I need publishers to do a lot of things, but first of all, they need to step back and check their implicit bias and say, “Are we literally just buying all these books from white people? Why are we doing that?” Start looking at your staff—all of your acquiring editors, all your salespeople, all your marketing people—and think long and hard if you’re having meetings where people are saying, “Black people don’t read or this won’t sell.” It’s pretty clear that Black people are running the market for everything, especially online. HBO owes Black Twitter a lot of checks because Black Twitter was talking up True Blood and Game of Thrones. Black Twitter is talking up Insecure right now.

Media needs to understand where its audience is coming from. Even if your demographic ends up being 75 percent white, the 25 percent of Black people who were talking about it got those white people to watch it. The same thing goes for books. If you’re not giving authors of color and Black authors a living wage, you’re setting them up for failure. You can’t say, “Black books don’t sell.” Okay. You gave the author $7 and then you didn’t promote [the book]. So what’s the plan there? They really need to start reallocating funds. They need to hire a lot of people, really take a step back, maybe bring some people in and say, “What do wide groups of consumers actually want?” and then go from there.

What do you hope readers take away from reading your work? 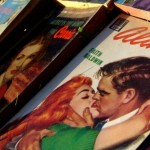