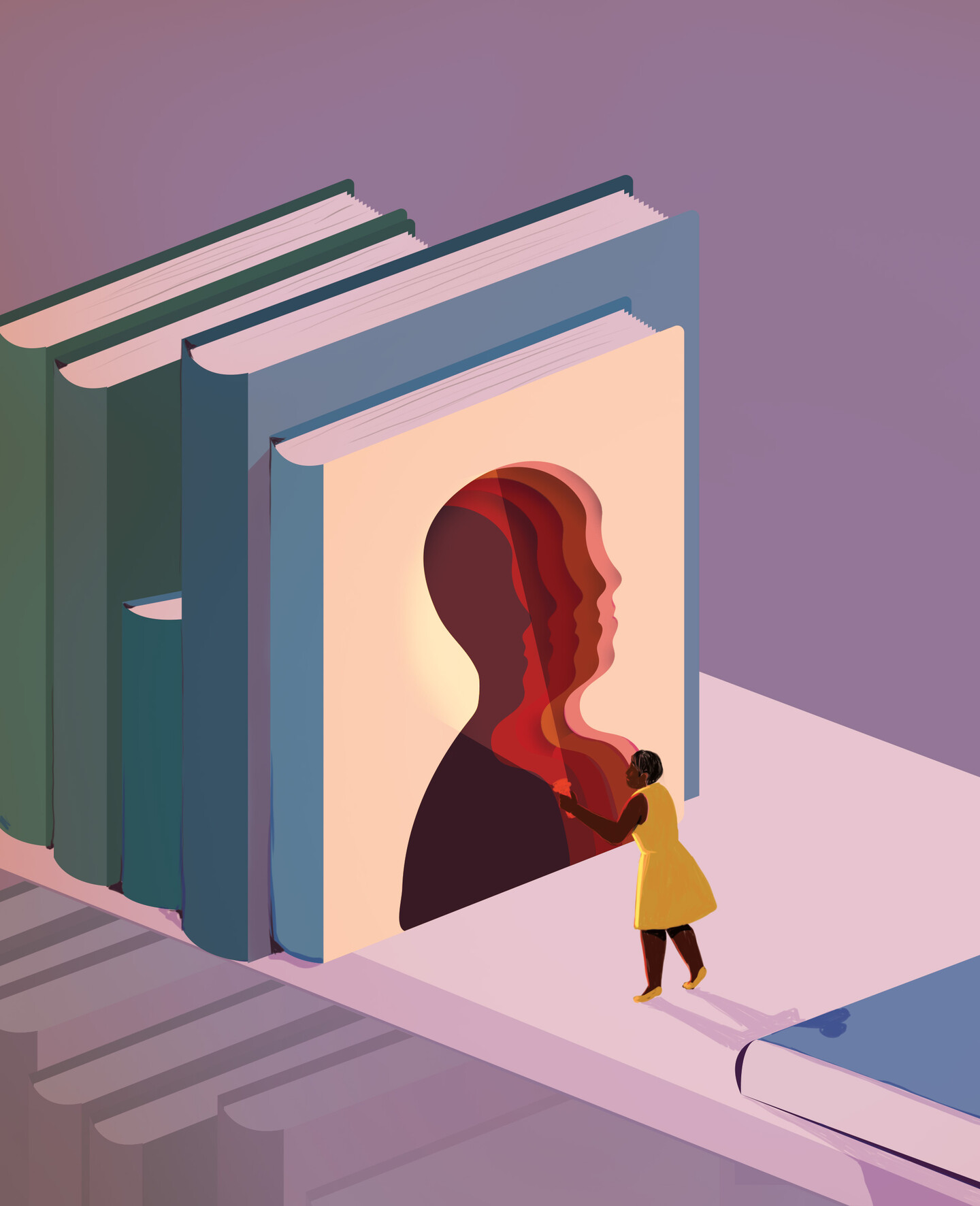 What do you picture when you think of Western American literature? You might envision cheap paperbacks, usually featuring a white man wearing a cowboy hat, staring both aggressively and seductively at the horizon, hand caressing the pistol at his side. He’s a relic of a purer time, when the Wild West was wilder. Our hero fights Indians, rattlesnakes, and his own demons, all while slinging back liquor at a saloon. These Westerns are largely considered guilty pleasures, but there’s a more rarefied form of Western lit, shaped by white men who captured the spirit of the Wild West without being from there. Think about  John Steinbeck’s The Grapes of Wrath (1939) and Jack Kerouac’s On the Road (1957) or the mountainous high country in Stephen King’s horror tales, including The Shining (1977) and Misery (1987).

No matter where they’re from, white male authors have shaped our perception of the Western American literary canon through their conflicts, love affairs, spiritual revelations, fears, and anxieties. Who, then, has been left out? Whose narratives have been pushed to the periphery of our imaginations? The West is filled with nonwhite writers whose work engages with the region, but they’re divorced from place and isolated in identities-focused boxes—Indigenous writers, Black writers, Asian writers. Narrowly classifying these writers not only reduces the richness of the Western American literary canon, but it prevents us from reading all Western writers in conversation with each other, their experiences helping paint a more vivid picture of this region and the various people who call it home.

In 2019, Kali Fajardo-Anstine, an Indigenous Latina writer from Denver, released an acclaimed short story collection called Sabrina & Corina. Though every story was set in Colorado, Farjado-Anstine tells Bitch she had to fight for her book to be marketed and classified as Western literature. “If you don’t focus on the white, male perspective of it, it’s not considered Western Literature, even if the author is from the region and writing about the region,” Farjado-Anstine tells Bitch. Though national outlets reviewed Sabrina & Corina, her hometown paper, the Denver Post, didn’t request an interview or review the book. That’s par for the course for West-based publications: An April 2020 Denver Post article titled “10 new books from Colorado authors that deserve more attention,” features 10 white authors and a single Chicano author.

The absence of nonwhite Western stories leaves a wealth of authors just waiting to be highlighted. For instance, authors such as Sandra Cisneros, who is Chicana; Maxine Hong Kingston, who is Chinese; and Brit Bennett, who is Black, engage with the West in their work. But panels on Western American literature are likely to leave them out, favoring a lineup of white faces instead. Kelli Jo Ford, author of Crooked Hallelujah, a 2020 novel about four generations of Cherokee women in Oklahoma, says we have to reject racist definitions of the West and focus instead on work by authors such as Fajardo-Anstine and C Pam Zhang. “When I think about Western Literature, I think of immigrant stories from California and many places in the West that aren’t white spaces at all,” Ford tells Bitch. Farjado-Anstine—who is also Jewish and Filipina—is also critical of the very concept of Western American literature. “While I use the term, I always let people know that this is not ‘The West’ to me or ‘The East.’ This is the center. This is where me and my family come from, the earth, from here,” she says, referring to Colorado and Oklahoma, two places where she has ancestral roots. Her thoughts are reminiscent of Craig Womack’s analysis in Red on Red: Native American Literary Separatism (1999). “Tribal literatures are not some branch waiting to be grafted onto the main trunk of [of American literature],” he writes. “Tribal literatures are the tree, the oldest literatures in the Americas, the most American of American literatures. We are the canon.”

Indeed, even white Western literature is shaped by Indigenous people, though white male authors tend to portray Indigenous people as caricatures to be mocked. White Western American Literature is often defined then by anxiety over and hostility toward Indigenous people. This is reflected in attempts to both eliminate Indigenous agency from the canon—separating Indigenous writers from the genre—and write them into the canon through a violent colonizer gaze. The late William W. Johnstone was a popular author of countless Western paperbacks, including the Preacher series about an adventurer who purports to be an ally to the Indians he encounters and the father to an indeterminate number of children born to women of “different tribes all over the West.” One of his many adversaries is an evil Blackfoot woman described as “plumb loco.” 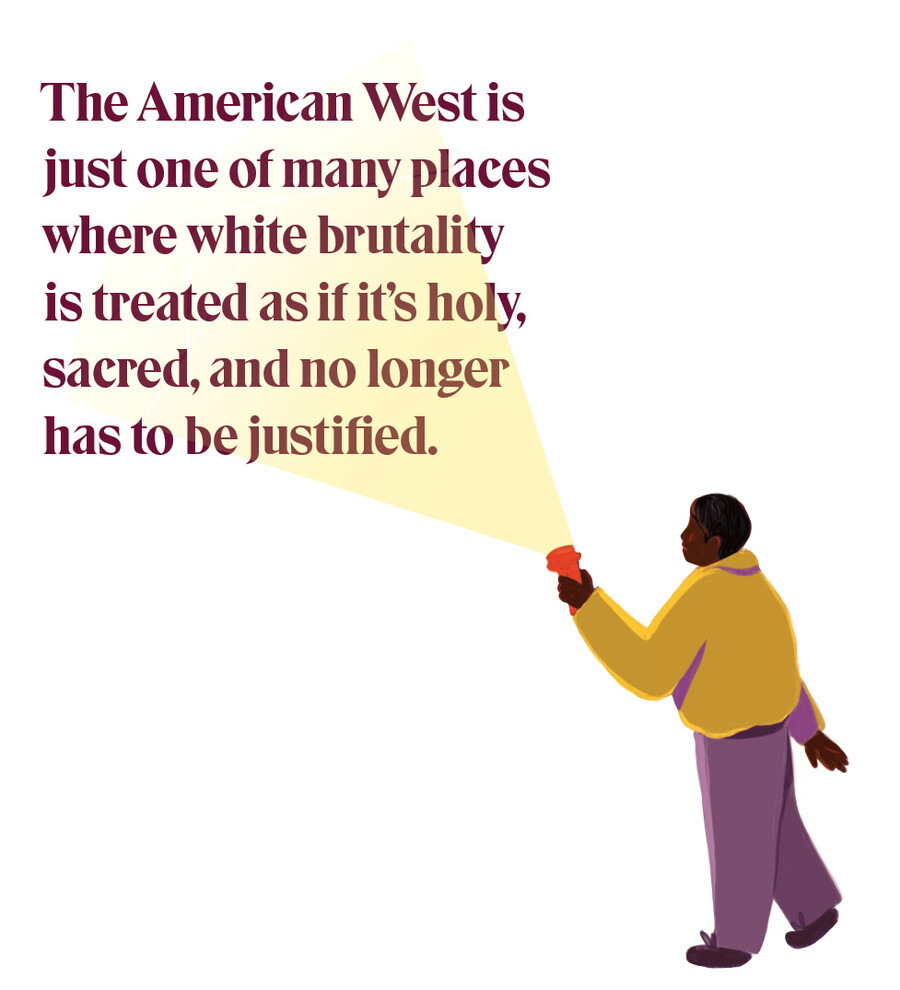 It’s easy to dismiss these paperbacks as trashy, unreflective of the more sobering and graceful Western American novels. But the trashy paperbacks lay bare the purpose of it all—the road-trip narratives, the spaghetti westerns produced and filmed in Italy, the stories about man battling nature—are all creating a national narrative. Our longing to go to the Wild West and reinvent ourselves is a desire manufactured by Western American film and literature. In fact, one could argue that Western American literature has become our national genre. For what is more “American” than the values it represents through its portrayal of Indigenous people? As Jodi A. Byrd, associate professor of English and gender and women’s studies at the University of Illinois at Urbana Champaign, writes in The Transit of Empire: Indigenous Critiques of Colonialism (2011), “Manifest destiny and literary nationalism exist simultaneously to [Indigenous] struggles to retain sovereignty in the face of an overriding U.S. nation that ultimately legislates and enforces removal.” The American West is just one of many places where white brutality is treated as if it’s holy, sacred, and no longer has to be justified. That’s why so much of white Western literature is oversaturated with descriptions of place—the deserts feel and smell like burning sulfur, the keen of coyotes and the death rattle of poisonous snakes keeps our hero awake at night, the imposing mountains loom over him. The genre wants us to know how vicious this landscape is. Because if the land is vicious, then the Indigenous people belonging to the land are vicious. So, those attempting to carve out their own piece of it must become vicious as well. The unrefined and unapologetic can become gods in the West.

Ford describes this outlook as a “freedom born of a lack of consequence,” where white men “can do anything they want because there are no consequences.” In this way, Western American literature is defined by values at odds with those of the various tribes who inhabited the land long before white men arrived. “Our stories are communal, which pushes against this idea of rugged individualism and cowboys out in the West, fighting against the elements,” Ford says. The American West as it has been presented to us isn’t a region. It’s a project of eradication, a religion of brutality, and a cult of white ego. Because of this, can marginalized writers ever truly belong in the Western American literary canon? Should they even want to, when their existence is fundamentally opposed to the national myth perpetrated by this genre?

The American West as it has been presented to us isn’t a region. It’s a project of eradication, a religion of brutality, and a cult of white ego.

The answer isn’t so simple. There’s a long and rich tradition of nonwhite people in the West—Indigenous people, immigrants, Black families migrating from the South—that must be explored. “Black narratives of the American West are essential, particularly because…we know the experience of being Black in other areas,” Renata Ferdinand, PhD, acting chair of the Department of African American Studies at CUNY New York City College of Technology, says, citing Pearl Cleage’s play Flyin’ West, about a Black family migrating from the South to Nebraska. “We know what it was to be Black in the South and along the East Coast. What we don’t know a lot about is what it meant to be Black in the West, or what it means now.” For some writers, like Zhang, the key is subverting Western literary tropes, and Ford says there are other nonwhite Western writers like Stephen Graham Jones, a Blackfeet horror and science fiction writer from Texas, who are “fucking with what’s come before and pushing against it intentionally. They’re like tricksters.”

Farjado-Anstine wonders whether these writers are creating their own canon, with a genre that hasn’t yet been defined. “My work doesn’t really interact with the white gaze, and I think that’s why it was so hard for me for so long to get published,” she says. “The characters I write are just naturalistic depictions of what it’s like to be mixed and Chicana and have Indigenous roots and come from a community that’s been here since the beginning of time.” “We’re going to see more work, if publishers will allow it, where people are able to just express themselves and not have to pander to this idea of white machismo in the West. It’s beginning to happen but it needs to speed up.”

Read this Next: Wynonna Earp Reimagines the Old, Male West 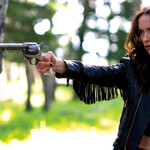 by Evette Dionne
A complicated woman is the unlikely hero tasked with saving her town.