Flipping the FocusThe Reclaimers Are Fighting the Vacant Housing Crisis 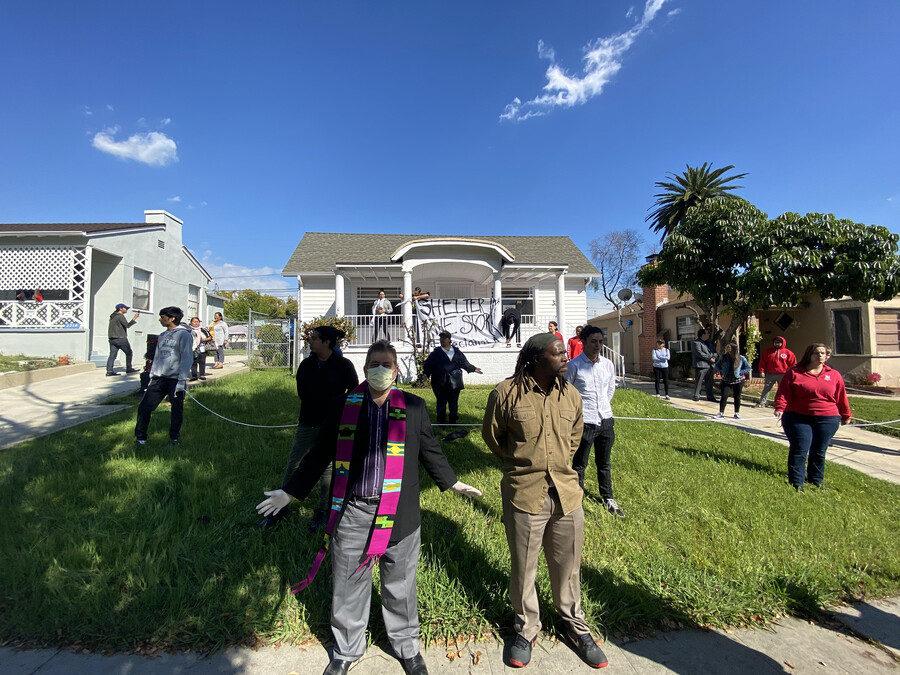 Like many other cities in the United States, the coronavirus pandemic transformed Los Angeles from a bustling metropolis into a ghost town. As the city’s mayor Eric Garcetti and Governor Gavin Newsom urged residents to shelter in place in their homes, downtown L.A. and Hollywood’s streets grew barren, the beaches cleared out, and the city’s freeways became eerily traffic-free. But staying home was impossible for the more than 60,000 unhoused individuals in Los Angeles who live outdoors or in their vehicles. Spurred by health concerns, one group of houseless and housing insecure protestors sought out space to quarantine in March 2020.

Over the course of a week, members of the Reclaiming Our Homes movement took over approximately 11 vacant state-owned houses in El Sereno, a largely Latino working-class community on the city’s Eastside. In the ’50s, ’60s, and ’70s, the California Department of Transportation (Caltrans) bought hundreds of houses in the area for a now-nixed freeway extension. Most of these homes are still unoccupied. During a press conference in March 2020, reclaimer Ruby Gordillo stood on the porch of the modest bungalow she occupied with a banner that read “shelter from the storm.” She told a crowd of news media that reclaimers were calling on officials to open the homes for Angelenos experiencing houselessness. “With this health crisis and this housing crisis, we need every vacant house to be a home for those who don’t have a safe and stable place to sleep in,” Gordillo said.

Gordillo hopes reclaimers will have better luck with government officials than home-flipping behemoths, such as Wedgewood Inc., since the properties were bought with state funds. “It’s already ours,” she told Bitch. “We’re just taking it back.” In an email, a representative for Caltrans said the agency is “currently in discussions regarding the use of these properties.” In the meantime, reclaimers are moving forward with transforming their newfound shelters into homes, fixing issues in the old houses, and receiving donations of food, groceries, furniture, and appliances from local churches and community groups. Reclaimer Martha Escudero spent more than a year sleeping on the couches of friends and family before taking over a home in El Sereno. She said living in the house has made it much easier to homeschool her two children, and has helped relieve their anxiety. Her children have even planted a garden.

“In the back, we have a lot of vegetables and fruits,” Escudero says. “The children named it the Garden of Love and Kindness.” These protests are part of a larger push to take over vacant homes in California, where stable shelter is out of reach for many residents. Data from the Joint Center for Housing Studies of Harvard University shows 53 percent of renters in the state are considered “cost burdened” or spend more than 30 percent of their income on housing. As of January 2019, the U.S. Department of Housing and Urban Development found that approximately 151,278 people were experiencing homelessness in the state on any given day. In November 2019, Moms 4 Housing, another group of homeless and housing-insecure moms in Oakland, drew national attention to California’s housing crisis when they took over a vacant house owned by Wedgewood.

“OAKLAND!” comedian W. Kamau Bell tweeted that same month. “We’ve been led to believe that there’s a housing crisis in Oakland. But there are 4 VACANT units for every homeless person. This isn’t a housing crisis. It’s a crisis of greed.” Ultimately, Moms 4 Housing activists were removed from the house in an eviction that included armored vehicles and police wielding AR-15s. Despite months-long negotiations between Wedgewood and the Oakland Community Land Trust, which is attempting to buy the house to sell it back to the moms, a deal has not yet been reached. At the time of publication, the house remains under Wedgewood’s control and some of the Moms 4 Housing activists are living on the streets again. But their movement lives on, inspiring reclaimers in Los Angeles and Sacramento. Their demonstration has also fueled an ongoing debate among urbanists and activists about the prevalence of empty properties in California.

Perhaps the real question is not how many houses are sitting empty, but who has the ability to live in these flipped or newly constructed homes—and who is being displaced from cities in order to make room for the wealthy.

Unpacking vacancy data can be complicated; the figures are typically a snapshot of what a real-estate market looks like at a given time, and the numbers offer little insight into why homes are vacant. Are they being held for a speculator to flip? Are they uninhabitable? Or are they simply in-between tenants? It’s often impossible to tell. Because of this, vacancy data tends to vary widely and fluctuate often. In Los Angeles, for instance, 2018 census data showed that the city had a vacancy rate of about 8 percent, while the real-estate data tracker CoStar told Curbed LA that the city’s vacancy rate was below 5 percent in 2020. This is relatively low compared to the vacancy rates in other U.S. cities, including Cleveland and Detroit, which had rates of 19 percent and 27 percent, respectively, as of 2018.

These cities, along with rural areas, were hit particularly hard after the Great Recession, which led vacancy rates to spike across the United States. According to a report from the Massachusetts-based Lincoln Institute of Land Policy, the number of unoccupied dwellings nationwide rose from 9.5 million in 2005 to 12 million in 2010, and though the number has declined since then, it is still far higher than it was prior to 2005. But tenants’ rights activists say other factors led to vacancy in cities with hot real-estate markets: Housing speculators, like Wedgewood, buy and flip homes in gentrifying neighborhoods. Activists also criticize the practice of listing homes on short-term rental apps like Airbnb, which can lead to spikes in housing costs. However, it’s unclear the impact these practices have on vacancy. A 2014 report from San Francisco Bay Area Planning and Urban Research Association, a nonprofit planning and urban research think tank in the Bay Area, found that nonprimary residences, including second homes, Airbnbs, or investment properties, made up only 2.4 percent of rental properties in San Francisco.

It’s likely the percentage has grown since. In any case, it’s clear that most of the units on the rental market remain far out of reach for lower-income individuals. So perhaps the real question is not how many houses are sitting empty, but who has the ability to live in these flipped or newly constructed homes—and who is being displaced from cities in order to make room for the wealthy. Gordillo, who previously shared a studio with her three kids, says her children have benefited emotionally and mentally not just from having more space, but also from the time they’ve spent with volunteers. She’s been inspired by the sense of community around the movement. “It’s been quite beautiful,” Gordillo says. “We look out for each other.” Escudero says she’s hopeful that in the coming months, the movement will continue its spread. “I feel like it’s necessary for other people to reclaim our homes, because the government’s not doing enough,” she said. “It’s immoral for people to be on the streets, and [the government] should do what’s necessary. As a community, that’s what we did.”

Read this Next: Fighting for Home 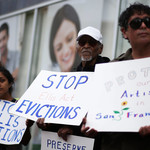 by Kim Tran
In the movement against the churning financial, political, and social forces of gentrification, who fights—and how they fight—matters. 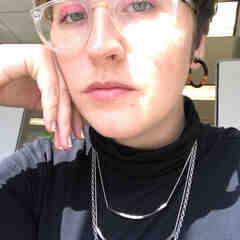 Zoie Matthew is a journalist who covers housing, houselessness, and grassroots organizing in Los Angeles. Her writing has appeared in Los Angeles magazine, Curbed LA, The Cut, and more. She’s a graduate of the University of California, Irvine, where she studied literary journalism and urban studies. Find her musings about landlords, Los Angeles, and literature @disc0nap.