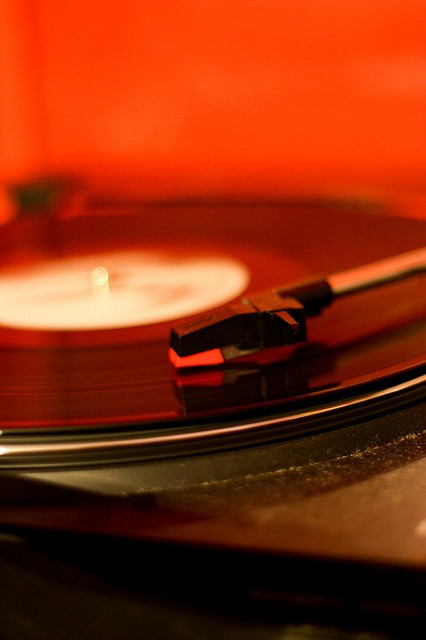 Disclaimer: I have written about Team Clermont artists in the past, and I wrote this article from my distinct perspective as a music writer who has received pitches and worked with PR professionals for almost a decade.

Public relations is a tricky industry. More than in just about any other job, a publicist walks the line between professionalism and colloquialism as a matter of course. A publicist’s job in the music industry is to stand out in an overflowing inbox full of pitches for artists just like the one they’re representing: up-and-coming, hungry, talented. And the way to stand out in PR is often to be personable. Make a joke. Include a gif of baby foxes. Include a personal anecdote, e.g., “Are you as full from Thanksgiving as I am? Well, I have the perfect soundtrack for your food coma.” Get to know the writer being pitched to: what they like, how they write, what they tend to respond to.

A publicist’s job is also to support the artist they are working for. Upon being hired, a PR team becomes an artist’s loudest ally. Every album by a client is the best album a publicist has ever heard. Part of the package when a musician hires a public relations firm is getting a built-in friend and cheerleader. For as long as a publicist is hired, it’s their job to make the musician sound, to themselves and the world, like the most interesting artist on the planet. But it isn’t always all for show: Real friendships can form between artists and publicists and between publicists and writers.

Unfortunately, so can real misunderstandings about where the line of professionalism is, especially in the vulnerable relationship between artists going to great lengths to be heard and the established publicists with the power to amplify them. In January, the ugliest example of this possibility came to light when Life or Death PR CEO Heathcliff Berru resigned in disgrace after several female musicians and publicists came forward with stories of being sexually harassed by him. The company collapsed, its publicists started their own new firm, and artists either cut ties outright or vowed to hold Berru accountable. It was a wake-up call for the industry of the loudest order.

And the alarm, it turns out, hasn’t stopped ringing. In September, Athens, Georgia PR firm Team Clermont faced a similar situation when its cofounder, Nelson Wells, was accused of inappropriate conduct by Elijah Oberman, whose band, The Shondes, was working with Wells at the time. According to Oberman (and corroborated by Shil Patel, a Team Clermont employee at the time of the remarks), Wells made inappropriate remarks about the physical appearance of the client’s Facebook friends, including the phrase “beautiful ladies at the cow farm,” and offered to keep the client’s rates low if they would “introduce [him] to any of [their] lovely lady friends” or send other musicians to Team Clermont for representation. So there, of course, was the line. Wells could have been trying to be funny or loose, to gain trust and camaraderie with his client. In a nation that accepted the phrase “locker-room talk” as an excuse for sexual predation by our current president-elect, there are perhaps many who would have taken Wells’s comments as just that. But several Team Clermont employees took it differently. Wells did not respond to a request for comment. The company’s other cofounder, Bill Benson, sent this statement in an email:

Something insensitive and unprofessional was said, and it was immediately regretted. As a company, we addressed the issue quickly and discussed together how to not only make amends, but to face head-on any ignorances we have. Unfortunately, situations like this do come up from time to time and it’s our obligation to treat them as a valuable learning opportunity professionally and personally. We make no excuses, and we are fully committed to instilling a culture of respect in our office and in our everyday lives.

According to Patel, a staff meeting was called in which the messages from Wells were shared with the company, and it was announced that Wells would stay with Team Clermont. In response, two part-time employees, Patel and one other full-time employee, publicist Cecile Duncan, resigned immediately, effectively liquidating the staff roster. Patel worked as head of radio promotion and founded Tiger Bomb Promo soon after leaving Team Clermont. Of the choice to resign, Patel said, “I didn’t want to stay on with the company because to me that would be the same as endorsing [Wells’s] behavior and normalizing it, something I wasn’t prepared to do.”

I wanted to leave, and I wanted it to be done at a time and in a way such that those on the outside could see that we preemptively took action rather than waiting for this information to become public and then severing ties out of shame or embarrassment (see: Life or Death PR).

What the Team Clermont example shows is that the Life or Death revelations were a tipping point for many publicists and that the culture of music PR is closer to a zero-tolerance policy than it’s ever been. Which is promising, but doesn’t solve the problem of the power imbalances inherent to professional publicity. According to the Shondes, for example, the band lost national coverage and months of work and had to promote their latest record independently. Sales and distribution were immediately negatively affected. Team Clermont controlled the band’s access to large audiences, and even a refund of sunk costs couldn’t make up for the revenue they could have made with the full machine of a renowned PR firm behind them.

In the music industry, with its lax rules of conduct and notoriously showy, favors-granted culture, crossing the line isn’t always as egregious as an R. Kelly or a Ted Nugent situation. But what the former employees of Team Clermont have done is send a clear message that the line is less blurry than their profession likes to pretend it is. As Chimamanda Ngozi Adichie wrote recently: “Now is the time to talk about what we are actually talking about.” Wells’s behavior was sexist, and sexism is never okay—not when it looks like rape, not when it looks like grabbing a butt or biting a handful of hair, and not when it looks like a questionable late-night Facebook message.

Relevant: Unbelievable: Amber Heard and the Cult of the Accused 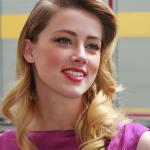 by Amelia Ayrelan Iuvino
We live in a culture in which people are more willing to believe that a man has been cruelly and elaborately framed for violence than we are to believe that he’s capable of committing it.