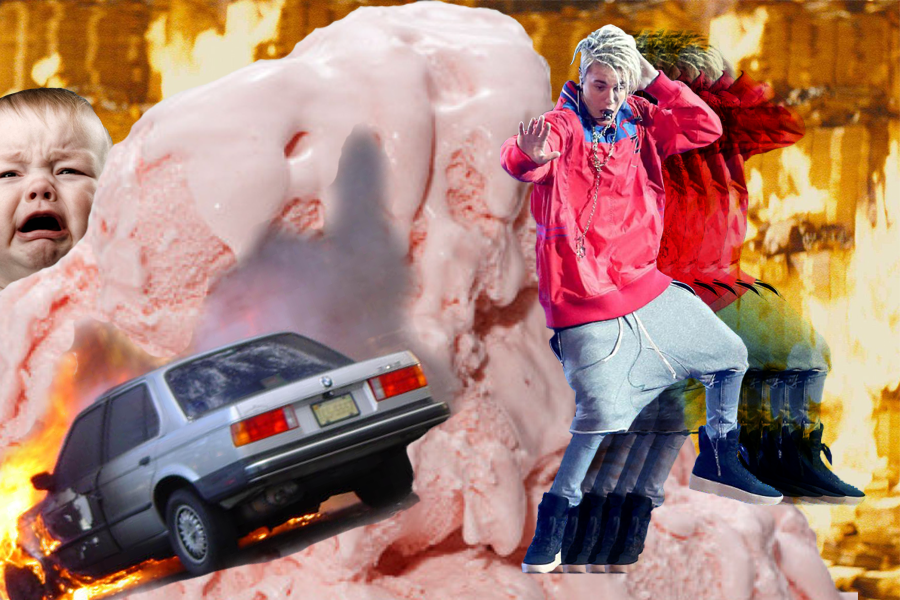 Record Scratch is a series of posts calling out bad behavior in the music industry—for all those times you’re reading a music story, hanging out at a concert, or listening to the radio, and think, Wait, WHAT did they just say?!

Two weeks ago, Justin Bieber performed on BBC’s Radio 1 Breakfast Show with Nick Grimshaw. The multimillionaire global pop star looked like your middle school best friend’s older brother: generic plaid shirt, hair closely shorn, skin neither perfectly clear nor covered in concealer. He performed with just one other musician, a guitarist. The cues made it clear that this was Real, Unadorned, Serious Justin, singing Real, Unadorned, Serious songs. It’s the conceit that made MTV Unplugged such a phenomenon in the 90s: downsize instrumentation and amount of hair product, supersize accessibility and legitimacy.

First thing’s first: I’m not going after the fact that it is scientifically impossible to make “Love Yourself” and “What Do You Mean?” serious songs. “Purpose” is a jam no matter how you listen to it. I don’t care that it’s not teaching me about particle physics or even basic, healthy ways to communicate clearly in relationships. Pop stars trying to make their (patently absurd) songs philosophical via soulful acoustic guitar is a long and vaunted tradition.

No, JB’s record scratch occurs when he picks up a guitar of his own—music speak for “TAKE ME THE MOST SERIOUSLY NOW”—and launches into the third song in his set. The lead riff is immediately recognizable: It’s “Fast Car,” the 1988 single that made Tracy Chapman a household name. Bieber only performs about a minute and a half of the track, crooning two decontextualized verses and one chorus to his own sparse accompaniment. He’s in good voice, and the guitar is steady. The problem isn’t that he disassembled Chapman’s work by, I don’t know, turning it into a banging Euro-dance track. If anything, his straightforward interpretation is a reminder of how watertight Chapman’s writing still sounds 25 years later. The problem is that he chose it in the first place.

He wasn’t without reason. Bieber’s mom was apparently a fan of the original*. It’s also, if this much wasn’t obvious, a really good song. But it’s not his to sing. “Fast Car” is a song whose narrator watches her life telescope before her from one full of big dreams and heady nights in a fast car to one of stunted education, alcoholism, poor health, and chronic poverty. In other words, she faces systemic problems that people who look like Bieber have demonstrably better chances of surviving or avoiding altogether.

There’s also the issue of sexuality. Chapman has been fiercely private about her romantic relationships, but was famously involved with Alice Walker in the ‘90s and has since performed for and supported LGBTQ causes. The closest Bieber has ever publicly gotten to queerness was his name’s presence on the blog Lesbians Who Look Like Justin Bieber. Straight artists co-opting the work of queer performers has a history almost as long as white performers stealing from Black performers, and Biebz doubled down.

Adding insult to injury is the fact that he cherry-picks verses. White folks selectively acknowledging the problems facing people of color is regularly demonstrated in much more damaging ways than Bieber only singing the parts of a Chapman song that suit his voice the best. But he is tapping directly into a wider culture of selective obliviousness, of literal whitewashing, while he does it. (Delicious and milky-smooth as his voice does objectively sound.)

Did somebody say whitewashing?! Because OH WAIT, THERE’S MORE. Bieber follows up his dabble into systemic oppression with, wait for it, ANOTHER DABBLE INTO SYSTEMIC OPPRESSION. Yes indeed, Bieber forays from “Fast Car” directly onto the well-trod ground of white folks rapping lyrics wildly outside of their own experiences in order to look cool**. The vehicle? Another two-minute express pass, this time to 2Pac’s “Thugz Mansion.” Sample lyric from Pac’s posthumous 2002 hit:

Shit, tired of gettin shot at

Tired of gettin chased by the police and arrested

A spot where we belong, that’s just for us

Which JB somehow managed to interpret as an invitation. Again, his m.o. was to dive in, pluck a verse from the middle of a song with a clear story arc, deliver it quaveringly with his eyes downcast and earnest, declare his truncated performance “dope,” and move on.

It’s rarely going to ring true when a wealthy pop star covers songs about hard knocks. It’s going to ring even less true if the pop star in question assumes the perspective of an ethnicity or gender outside his own to do so. What it boils down to is comprehension. (And also basic empathy, authenticity, and a modicum of humility, but I digress.) The difference between a successful cover and a flop, even a flop less offensive than Bieber’s, is the level that the artist doing the reinterpreting fathoms the original material—which is a requirement in order to adapt a song meaningfully. And it is obvious, as he fumbles lyrics and isolates verses that flatter his performance but destroy the narrative of his source material, that in more ways than one, Bieber has not done his homework.

Stick to the questionable-but-danceable jams about failed communication with your romantic partners, Biebz. Sing what you know.

* This is the same mom who, when Bieber was discovered by record executive Scooter Braun, prayed, “God, you don’t want this Jewish kid to be Justin’s man, do you?” So at least we know he comes by his cultural sensitivity honestly.

Relevant: When TV Dramas Give Colonialism a Glamorous Feel 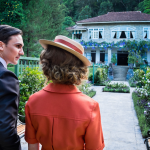 by s.e. smith
Shows like Downton Abbey and Indian Summers can play to white viewers' nostalgia for a time of empire.