“Red Clocks” Is Not a Feminist Classic | Bitch Media 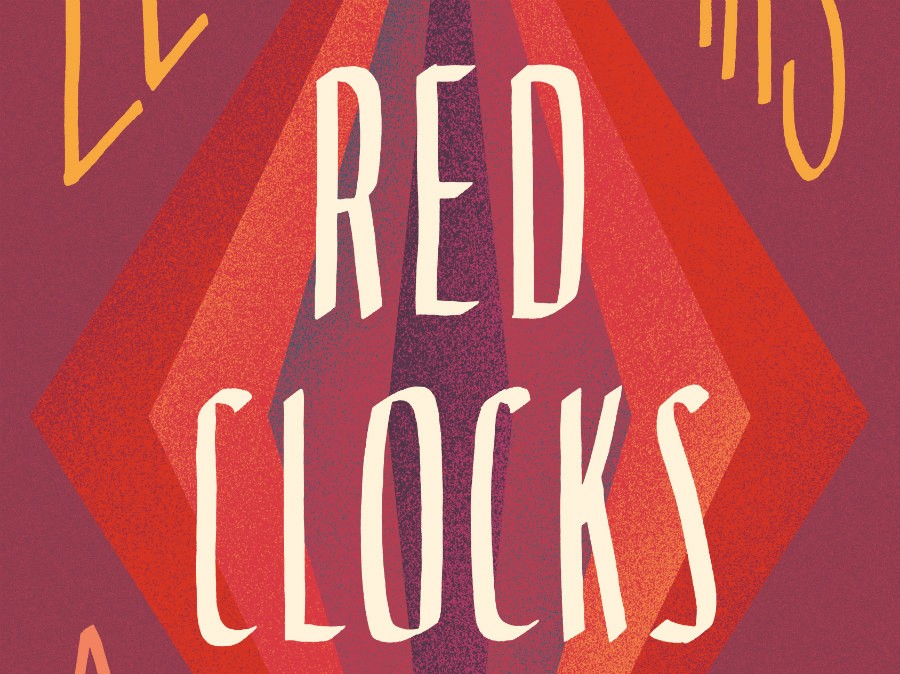 Leni Zumas’s Red Clocks is an extraordinarily frustrating book, though it seems destined to become a “feminist classic.” After being called “the book you’ve been waiting for in the wake of The Handmaid’s Tale,” “a thoroughly affecting and memorable political parable,” and “nothing short of a miracle,” Red Clocks should be ripe with potential. However, Zumas’s third book doesn’t deliver—it teases and tantalizes what it could be before abruptly backing away. Red Clocks revolves around the intersecting lives of Mattie, a pregnant teenager; Ro, her teacher; Susan, a housewife trapped in a dull marriage; Gin, a mysterious woman of the forest; and Eivør, a long-dead polar explorer. It’s set in a near-future world where conservative extremists have gained control of the government and passed a fetal personhood law that ushers in a host of other policies that commodify and control women’s bodies.

This isn’t a new concept. The Handmaid’s Tale might be the most famous example, but Hillary Jordan’s When She Woke, published in 2011, served as a modern-day update. Sarah Hall explored reproductive coercion and control with Daughters of the North, a 2008 novel about people being forcibly implanted with IUDs and subjected to a lottery that determines who gets to become pregnant. Even Louise Erdrich’s 2017 novel, Future Home of the Living God, revolves around a superstitious society controlling pregnant people.

Yet, there’s still a lot of terrain to explore in reproductive dystopias, such as the heavily racialized nature of reproductive coercion and control, or the disability implications of a world in which access to parenting is tightly controlled. Limitations on fostering and adoption would also be fruitful avenues to delve into, as would the gendered nature of how these conversations typically happen—usually the subjects of reproductive coercion are “women,” though texts about “women’s oppression” turn the trans community into a glaring lacuna. 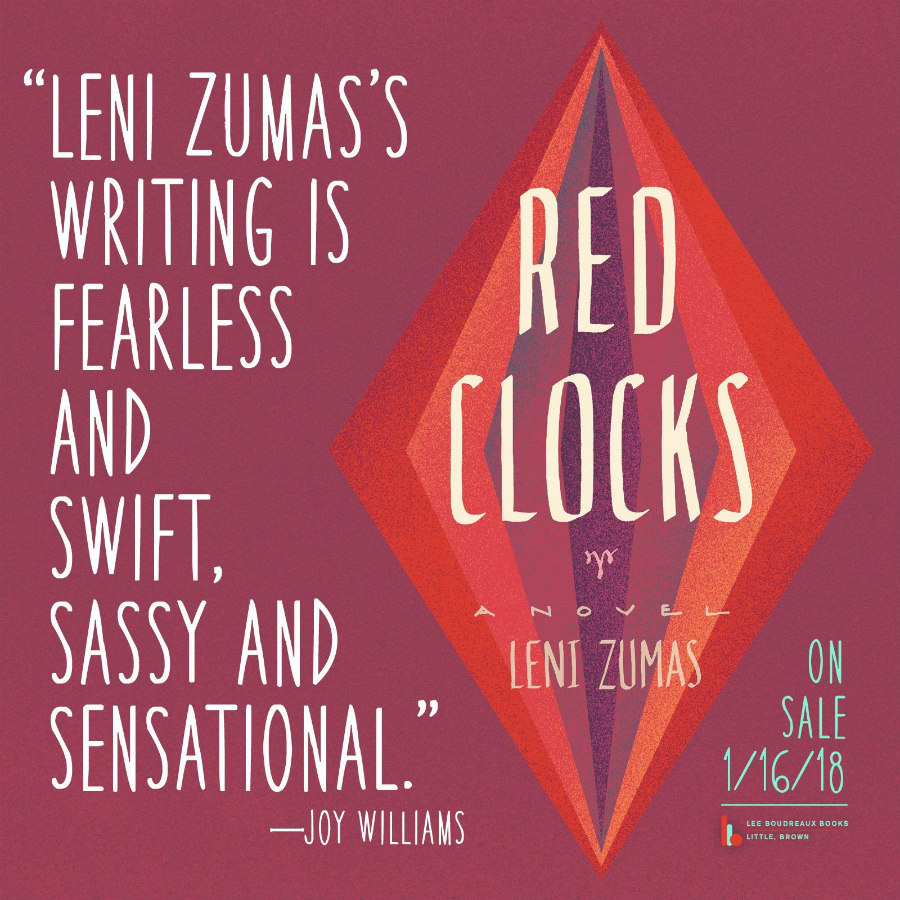 To see a book hailed as the “dystopian feminist novel for a new generation” is encouraging, for surely such a lauded text would tackle some of these new angles. And to Zumas’s credit, she does explore one unexpected consequence of a fetal personhood law: Ro desperately wants a child, but she’s single and having trouble conceiving. She’s feeling pressured to conceive via artificial insemination because the government has outlawed in vitro fertilization since it “deprives embryos of their rights.” A new law driven by Christianist attitudes about family and parenting will soon forbid single people from adopting as well, which adds more strain to her struggle.

The challenges of people who want to become parents, but are struggling to conceive, aren’t always explored thoughtfully and with sensitivity, but Ro’s struggle feels very raw and real. At times, it’s even deeply ugly, as when her resentment about Mattie’s fecundity is revealed. Ro is perhaps the most intriguing character, spending much of the book caught between her stated feminist values and her desire for a baby at any cost, but she alone can’t carry the novel—though a book focused specifically on her might have been a powerful entry into the reproductive dystopian genre. A novel about a woman fighting to have a child under a coercive Christianist regime could center stories that are often neglected or pushed to the fringe, and crafted well, it could also be a provocative reflection on how we talk about fertility, adoption, and parenting.

Alas, beyond the narrow exploration of this storyline, Red Clocks leaves a lot to be desired. The character of Mattie feels listless and dull. When she finally gets an illegal abortion, it magically takes place in a clean, loving, warm place with skilled medical professionals—thanks, one supposes, to her network of connections. Gin, the “mender” who lives in the forest providing traditional remedies to women, is straight out of Creepy Witch of the Woods with a Dark Secret central casting. She speaks in clipped, erratic, sparse prose that could be elegant, if you skim over its meaning. “Lola’s tits aren’t so fat anymore,” she announces, “they look drained, cells collapsing like houses of butter.” It’s a strange, intriguing turn of phrase, but ultimately bound up in a misogynistic assessment of a character’s breasts that rambles on for a full paragraph. Zumas attempts to hide many of these shortcomings with flowery, lyrical language, but it’s an insufficient distraction. Beautiful, compelling writing can richly enhance an extraordinary story, but slapping gilt on a rotting framework doesn’t do it any favors. 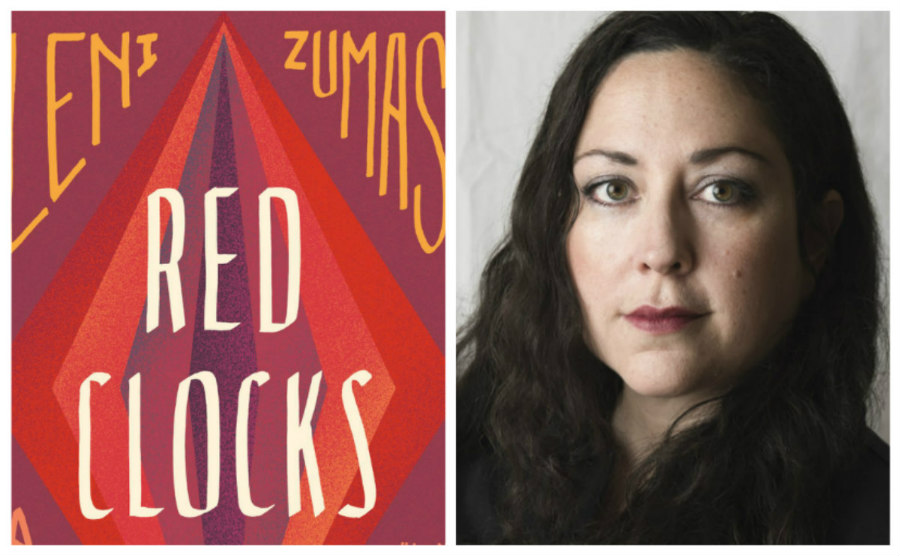 At times, it reads like Zumas is trying very earnestly to fit in with the dudelit genre; so much so, in fact, that I had to double check to make sure that she’s not part of the dull, prosaic, mediocre, misogynistic fraternity that dominates bestseller lists. She includes lots of language and scenes for shock value, with liberal sprinklings of “cunt” played for sheer crudery. Susan’s marriage reads like a cookie-cutter version of every stereotypical loveless partnership depicted on the page. For example, she’s referred to simply as “the wife” in her chapter headers, implying that her entire identity has been subsumed in her marriage. She also loathes her children, with the novel describing them as filthy, noisy, disruptive, annoying—all playing to the trope of children as uniformly awful crotchfruit that trap adventurous women inside bitter marriages.

“I won’t miss having three children,” she says, when she finally musters the nerve to break it off with her husband and indicates that she plans to leave. It’s disappointing to see a growing number of female novelists, including Lauren Groff in the critically acclaimed Fates and Furies and Joyce Carol Oates’s recent oeuvre A Book of American Martyrs, borrowing this terribly dull formula from men (and not in a “bite back at harmful social structures” kind of way). Getting equal footing with dudelit may be a driving force behind the trend; usually books about women’s inner lives and experiences aren’t first in line for stellar reviews, discussions about their “universal appeal,” and awards. But in the process of trying to shape their books to popular tastes, these authors may be killing a little part of themselves since being “just one of the boys” rarely works out. 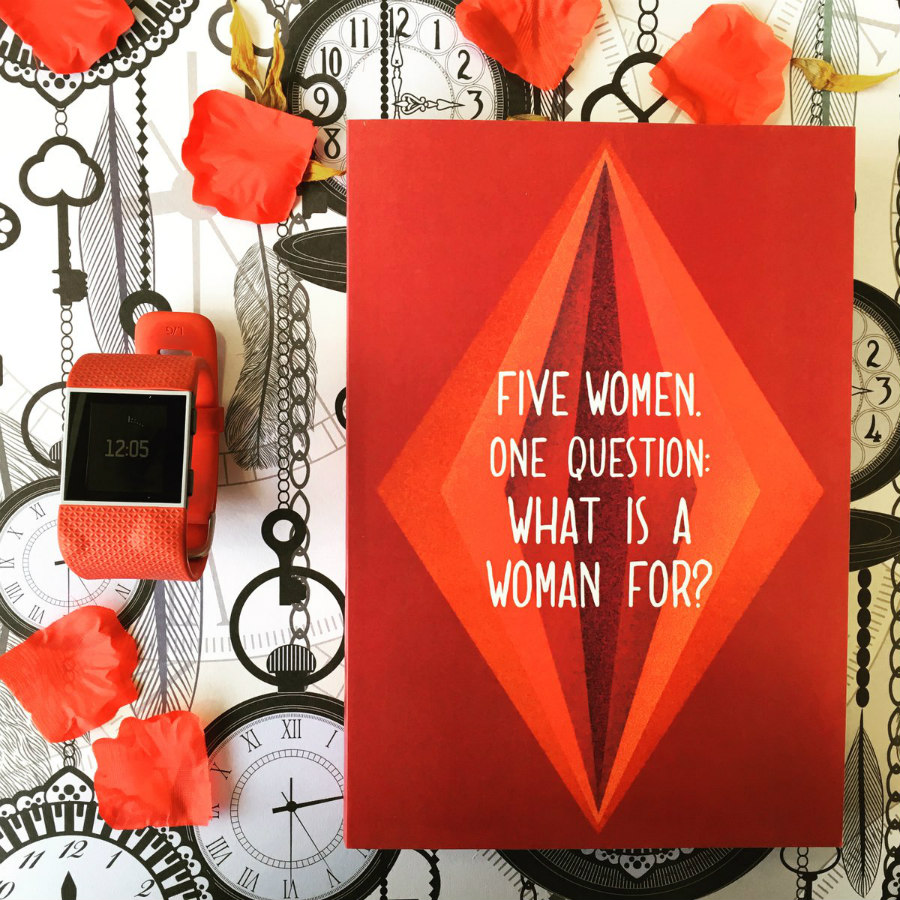 Zumas also doesn’t delve into how draconian legislation would affect people of color. This isn’t a problem unique to Red Clocks, as many reproductive dystopias focus almost exclusively on white women (and no, Hannah, When She Woke’s protagonist, isn’t a woman of color because she has dyed skin.) For these authors, race simply doesn’t exist or is considered deeply irrelevant. It is perhaps appropriate that Red Clocks, a near-future dystopian plagued by extreme whiteness, is set in Oregon, a state of manufactured peak whiteness. Since 87 percent of the population is white, and the entire state was founded as a racist paradise, Oregon is an apt setting for dystopian fiction that utterly disregards the interplay of race and identity.

The disconnection from reality, and the implications of reproductive dystopia, doesn’t stop with the absence of people of color. It also extends to the silence on trans, nonbinary, and otherwise gender nonconforming people, many of whom are targeted—directly and indirectly—by reproductive and parenting legislation. When it comes to parenting rights, for example, some states discriminate against same-gender parents in adoption proceedings, and numerous adoption agencies don’t accept LGBTQ parents. Meanwhile, trans people across the gender spectrum have trouble accessing reproductive healthcare in a medical system that routinely abuses them. A 2010 study on trans health care discrimination found that 19 percent of respondents were denied care because of their gender. The vast majority of states don’t even legally recognize nonbinary identities. How might that change under a conservative regime? That would be a fascinating story to explore.

Red Clocks reminds us of the flaws of this genre, and the gaping holes in literary canon that should be filled with fascinating, complicated, provocative texts that explore the interactions between our present and a nightmarish near future. Any book delving into reproductive coercion must be rooted in a deep engagement with race, gender, colonialism, and white supremacy—and this book fails on all four counts.