Right on TimeRegina Spektor's Latest Album was Worth the Wait 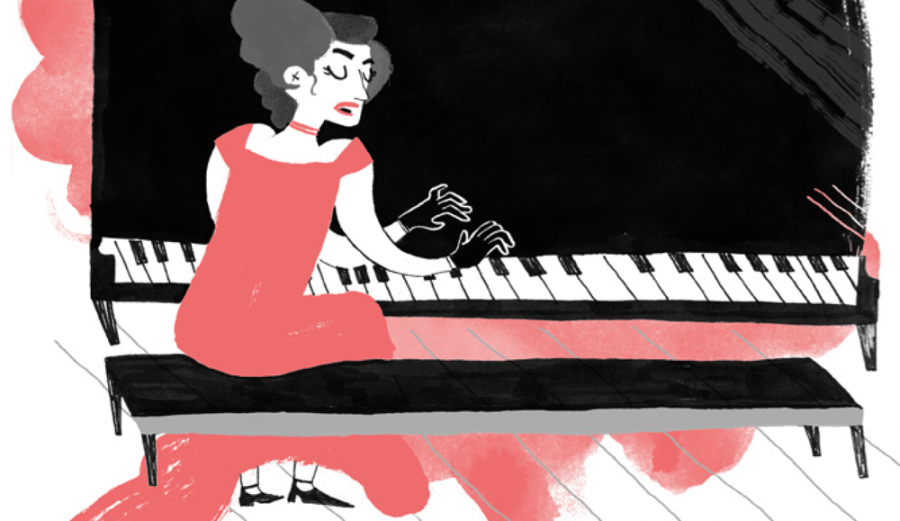 It’s been four years since Regina Spektor released her last album, What We Saw from the Cheap Seats, and that feels like a very long time to wait for a new, winding, enchanting album from the idiosyncratic singer-songwriter and pianist. In between, there was “You’ve Got Time,” the Grammy-nominated title song for Netflix’s Orange Is the New Black, and Spektor’s dazzling rendition of “While My Guitar Gently Weeps” for the stop-motion animated film Kubo and the Two Strings. But Remember Us to Life, Spektor’s seventh studio album, still seems to be arriving at just the right time.

Spektor is as much if not more of a storyteller than a pop songwriter, and that has never been more true than on Remember Us to Life. Each song is a scene, populated by a cast of characters, named or unnamed, who guide listeners through a changing environmental and emotional landscape. “The Trapper and the Furrier,” for example, ominously point to their demented paradise of toothless, clawless, motherless, helpless animals ripe for the catching. And the demons that once danced at the mouth of a tunnel to hell now lie restlessly awake in the clean, pressed sheets of the “Grand Hotel.” Spektor’s story has changed, too, in the four years since her last release: She became a mom in 2014. “I wish that I could show you the many things I’ve seen,” she sings to her son in “The Light,” a lilting ballad that builds to an angelic final chorus before her voice drops away, leaving the piano, her second voice, to resolve the lullaby.

Remember Us to Life is less booming and boisterous than What We Saw from the Cheap Seats, but no less powerful. Spektor’s voice, as distinct and clear as ever, is supported mostly by her piano. Seas of strings sweep through the songs, swelling behind the lyrics and retreating back when their sound would distract. The music is sparse in places of rest and reflection, lush when emotions are roiling, and very seldom lingers long in between.

The album moves from delicate melodies to bouncing, theatrical songs like “Older and Taller,” in which Spektor sings over her own whispers: “Enjoy your youth/ sounds like a threat.” Given a little thought, it does sound like a threat. But she’ll enjoy it anyway, she goes on to say. From there the album gives way to darker, fuller tunes like “Small Bill$,” also the album’s second single. It has one of the record’s bigger openings, with deep percussion and electronic hums and buzzes. Spektor, never afraid to make things a little weird, speak-sings most of the lyrics, bringing the melodic action into a chorus of sardonically sweet “la la las.”

Of all 11 tracks on Remember Us to Life, “Tornadoland” stands out as a storm all its own. The twister gains momentum as Spektor sings, “It starts to hurt/ But you want to be heard.” Strings rise behind the piano as her voice effortlessly glides between octaves. T hey build to a quiver alongside a theremin, and as soon as they reach their zenith, the bottom drops out, and it’s just the singer and her piano again. But then the verse builds, the chorus explodes, and out of the clouds and chaos comes a bright, gospel-style outro, shedding its divine light onto a storm-torn wasteland.

Spektor is rarely predictable. Although the album is completely cohesive and immediately distinguishable as hers, each song is full of unexpected twists and turns that force the listener to remain active and engaged. Remember Us to Life presents a lot to unpack and something new to be discovered with each listen.

The 11-track regular edition of the album closes with “The Visit,” which sweetly extols a visit from an old friend, but feels at times as if it’s meant just for the listener. “I’m so glad that you are here,” Spektor sings. “And I know that it’s been years/ I’m just glad to see you.” Remember Us to Life also feels like a long-awaited visit from an old friend. This friend is more refined than your first meeting, on 2001’s 11:11, and less vociferous than the last time you saw her, but no less captivating this time around. The stories she’s collected in her absence have been well worth the wait. 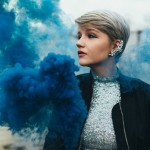