Like Britney Spears, Amy Winehouse Was a Victim of Media Assault | Bitch Media 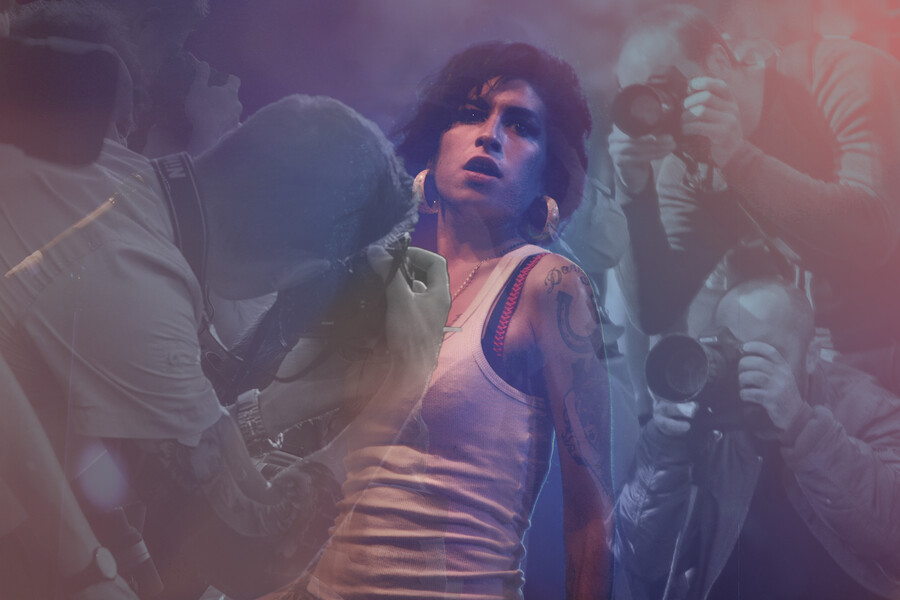 In 2007, when I lived in London, Amy Jade Winehouse resided in a flat off of Prowse Place, a quiet brick lane around the corner from Camden Town, and I decided it might be fun to photograph a celebrity’s house. I wasn’t alone. When I arrived, there was a gaggle of paparazzi already staked out by her door. There was no indication that Winehouse might emerge that day, nor was her name particularly in the news. But after speaking with one pap from Scotland, it became apparent that this wasn’t a special occasion: Whether or not Winehouse was in the news, the cameras were always right outside.

At the time, the parallel to Britney Spears’s daily life across the pond was striking to me. Spears’s struggle with mental health that year meant constant tabloid coverage—and millions in revenue for those tabloids—as well as plenty of punchlines. As a culture, we turned her 5150 hold into a running gag, watched as her unraveling life became fodder for awards broadcasts and game shows, and cracked jokes as she lost custody of her two children and was placed under a strict conservatorship that has continued for 13 years. In the past decade, the compounding effects of the #MeToo and #TimesUp movements and  the increase in open and inclusive discussions about mental health (in large part due to the rise of social media), has led to a cultural shift that recognizes the ways women have always been maligned within society. After a recent New York Times documentary itemized the ways those around Spears failed her and surveyed the relentless, misogynist tabloid culture that profited from her struggles, a somewhat chastened media is reckoning with its role in her infamy. Even Spears’s ex-boyfriend Justin Timberlake apologized for his many jabs over the years, including using Winehouse’s 2006 song “Rehab” during a concert to mock Spears’s breakdown.

So isn’t it time we revisit Winehouse as well?

My first exposure to the vicious cruelty aimed at celebrities with mental-health and addiction issues came when I was 13. It was 1994, and one of the music world’s biggest stars, Nirvana’s Kurt Cobain, had died by suicide. A society already primed to look down on drug addicts was able to dismiss Cobain as “selfish,” a narrative that was still alive and kicking In 2001 when a VH1 Behind The Music special made sure to call Cobain “an asshole” who “wasn’t a martyr” and “didn’t die for rock and roll!” The portrayal of Cobain and others like him as irredeemable losers who didn’t deserve our sympathy stuck with me for years. When Winehouse died 10 years ago today, an animated image circulated on social media that showed Cobain wrapping an arm around her, welcoming her into “the 27 club” and whatever lies beyond.

At the time of her death, Winehouse was an international superstar with six Grammy awards, three Ivor Novellos, a Brit award, and two Mercury Prize nominations. Her gritty voice and heart-on-sleeve lyrics singled her out as a true original, and fame found her at age 20, when her first album, 2003’s Frank—named for her idol Frank Sinatra—was released to critical acclaim. Three years later, her sophomore outing, Back to Black, went platinum around the world, and an icon was born. Winehouse’s look was undeniably striking: the skirts were short, the tattoos plentiful, the winged eyeliner midnight black. Her towering, trademark beehive hairdo emulated the doom-tinged girl groups of the ’60s, where Winehouse found inspiration in songs that spoke of desperate love for bad boys, like The Crystals’ “He Hit Me (and it felt like a kiss)” and The Shangri-Las’ “I Can Never Go Home Anymore.” Winehouse’s own love for a bad boy, Blake Fielder-Civil, was inked on her body as a pocket above her heart that read “Blake’s.” “I wouldn’t write anything that wasn’t directly personal to me, otherwise I wouldn’t be able to tell the story right,” Winehouse once wrote. When Back to Black’s breakout hit, “Rehab,” was released in 2006, it was clear that she tied her music personality to drugs and alcohol. But she wasn’t asking to be fixed; she was asking people to listen.

Back to Black is about Amy and Blake’s first breakup: He decided to return to another lover for a time, leaving Winehouse heartbroken. Broken up but never fully broken away, they kept coming back to each other. This heartbreak is explored all over Back to Black on tracks like“You Know I’m No Good,” “Tears Dry on Their Own,” and “Love is a Losing Game.” Like “Rehab,” these songs are rooted in the emotional turmoil of her life. Winehouse’s unforgettable voice was filled with pathos, and her songs performed with genuine anguish and emotion: During a performance at London’s Shepherd’s Bush theatre in 2007, Winehouse repeatedly gazed up at the balcony where Fielder-Civil sat, mouthing “I love you” to him. This might have been a stagy, phony-looking move if done by another performer, but not Winehouse: She wore her heart on her tattooed sleeve and let it bleed all over her music.

Three months after the couple married in 2007, though, they were photographed leaving London’s Sanderson hotel in a state: Winehouse had blood on her ballet slippers and black eyeliner running down her face, while her husband bore scratch marks that he tried to conceal with a scarf. The media encouraged us to jump into Winehouse’s nightmare while the water was warm. Comparisons to Billie Holiday’s tragic life and death began. Scottish comedian Frankie Boyle said that Winehouse “looked like a campaign poster for neglected horses.” Beloved talk-show host Graham Norton called her “a mad person.” Even Keith Richards of the Rolling Stones, whose own lifelong drug habit is the basis for countless jokes, had the gall to predict that Winehouse “wouldn’t be around for long” due to her addictions.

When she appeared as a guest panelist on the U.K. comedy quiz show Nevermind the Buzzcocks in 2006, host Simon Amstell repeatedly mocked Winehouse’s addictions to her face. “You come here full of crack!” he said with exasperation, saying she probably should have said “yes” when they tried to make her go rehab. Calling the show an “intervention,” he insisted she not meet with another famously addicted U.K. musician, The Libertines’ Pete Doherty, because “he wants to sell you drugs.” Admittedly, Winehouse wasn’t at her best during the appearance, begging for another drink and even hocking up a loogie onstage, but it was clear that Amstell’s caustic remarks were both annoying and humiliating. After he quipped that he thought her “new thing” was crack cocaine, she retorted, “Do I look like Russell Brand?” then buried her face in her hands when Amstell gleefully shouted, “Yes!”

If the Richards quote didn’t make it plain, there’s an unignorable difference between the media portrayal of men and women in music when it comes to addiction and mental health. There’s little compassion for the likes of Janis Joplin (upon her death in 1970, the New York Times criticized her as a “misfit” and wrote that “her behavior was explosive”) and Holiday, whose own Times obituary covered her drug addictions, various arrests, and former work in a brothel before getting to her massive influence, talent, and legacy. Compare that to the coverage of The Who’s Keith Moon, a notoriously indiscriminate substance abuser whose death at age 31 was reported as resulting from “natural causes,” rather than from  the 32 prescription pills in his system. Cobain, Moon, Jimi Hendrix, and Elvis Presley all died drug-related deaths, but to this day we recall them men as trying to overcome their demons, championing them to succeed despite their difficulties (or in Cobain’s case, absolving him by trying to place the blame on his wife, Courtney Love).

Winehouse often seemed torn between shutting out the tabloid paparazzi and letting them in—an understandable dilemma for a 23-year-old girl thrust into international stardom. But, as with Spears, those around Winehouse were willing to splash her private affairs on the public stage without concern for her mental stability. Did anyone stop to think that her husband spending more than half of their marriage in jail might have contributed to her struggles? Did anyone praise Winehouse’s music as a testament to her bravery in the face of extreme adversity, rather than dismiss it as a crass ode to her demons? “You know you can’t have it both ways,” Lady Gaga said during an appearance on The View after Winehouse’s death. “You can’t enjoy listening to someone sing sad songs about the blues and heartbreak and then not expect them to be truly heartbroken.”

There’s an unignorable difference between the media portrayal of men and women in music when it comes to addiction and mental health.

And not much has changed in the decade since Winehouse passed. When Whitney Houston overdosed and drowned in her bathtub, headlines called her bathroom “filthy.” When rapper Mac Miller died from an accidental overdose, fans and media figures found ways to blame ex-girlfriend Ariana Grande for his addiction and death. When Cranberries frontwoman Delores O’Riordan died, U.K. tabloids crassly detailed the horrific sexual assaults she survived as a child. Compare and contrast that with Prince’s Times obituary focusing solely on his musical genius, or the obituary for Stone Temple Pilots frontman Scott Weiland’s death that reported he died in his sleep. Soundgarden’s Chris Cornell, Linkin Park’s Chester Bennington, and Swedish DJ Aviici all died by suicide in recent years, and each had histories of substance abuse—yet dark-web theories suggesting that they couldn’t possibly be responsible for their own suicides abound.

When the critically acclaimed Winehouse documentary Amy was released in 2015, Tom Barnes wrote, in a piece for Mic, “such is the reality of our treatment of female musical casualties, in which their artistic contributions are a mere footnote to the drama of their lives.” And while the documentary, directed by Asif Kapadia, didn’t provoke Winehouse’s tormentors to apologize, it helped begin to shift the conversation. Since then, Taylor Swift and Demi Lovato have retaken control over their public narratives with documentaries that explore, in their own words, struggles with addiction and mental health. The recently released biopic The United States vs. Billie Holiday reminds us that the legendary singer’s reliance on hard drugs was directly related to the racism and legal persecution she faced for her refusal to drop the anti-lynching song “Strange Fruit” from her performance repertoire. Organizations such as Backline, Tour Support, MusiCares, and Music Industry Therapy Collective take on the mental-health crises amongst musicians, and have big backers such as LiveNation and The Grammys. Even Billie Eilish starred in a PSA to share her battles with depression and urge those who are struggling to ask for help.

“My greatest fear is dying without anyone knowing of any contribution I’d ever made to creative music,” Winehouse once told Heat magazine. And during her life, that fear seemed to come to fruition as her talent was shadowed by her trainwreck persona. But she tempered that sentiment by adding, “If I died tomorrow, touch wood, I would still feel fulfilled in a way.” In the wake of the Spears mea culpas, we need to insist that compassion and privacy be part of ethical reporting and media—and that we as audiences also keep both in mind. What would Spears or Winehouse be like today had we not willingly clicked on the misogynistic musings of Perez Hilton and the Daily Mail in the early 2000s? There’s nothing to be gained by putting the addiction and mental-health struggles of the rich and famous on blast, unless we want more posthumous documentaries. The cautionary tale should never have been Amy Winehouse herself, but the cultural contempt reserved for women who dare to be wholly themselves, even when it isn’t pretty.

Read this Next: Big Time Crush 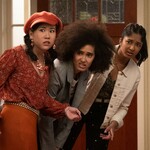 by Mansee Khurana
“Never Have I Ever” is like a teenager: It wants to be popular, relatable, and alienating to no one. 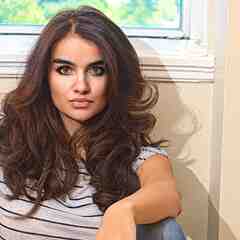