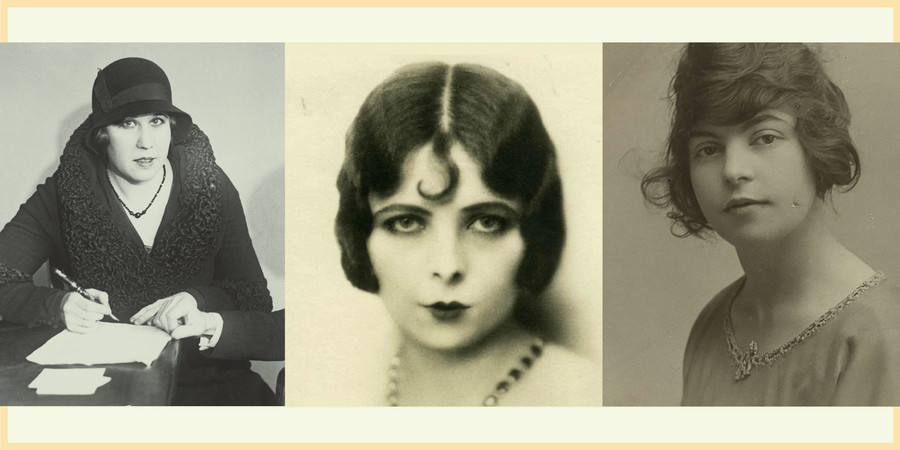 One afternoon in 1915, a group of elegantly dressed women arrived in hired cars at the prestigious Selfridges department store in London. They were dressed in furs, jewels, and expensive dresses, and the staff treated them as they would any upscale female customers. Given the era’s prudish mores, this meant ignoring the women in order to allow them to try on clothes in privacy. It was only after the women had left that the staff realized these women had shoplifted a fortune’s worth of gems, furs, and clothing. These were no ordinary shoppers: They were members of London’s first documented all-female gang, the Forty Elephants, also known as the Forty Thieves.

The Forty Elephants were established in the 1870s, when the female thieves of South London organized to remove themselves from the control of the male-dominated Elephant & Castle Mob. The men’s gang had occasionally worked with women as accomplices, but the smaller role meant a smaller cut of the earnings. The schism was overseen by an artist’s model and expert thief named Mary Carr, who became queen of this new gang. The Elephant & Castle gangsters agreed to provide protection and occasional assistance to the Forty Elephants in exchange for a portion of their earnings. Carr’s expertise was in “hoisting”—stealing goods, then reselling them through “fences.” The gang’s goal was never to retain the items they had stolen, but to become rich by selling to third parties. They acquired most of their goods through shoplifting, seducing and blackmailing influential men, and conning their way into jobs as housemaids—only to loot the homes where they worked.

The gang focused primarily on the theft of gems, jewelry, furs, and fashion items. With the money they made through resale, they purchased even more expensive items for themselves, never wearing what they had stolen. Alice Diamond, an even more formidable woman, succeeded Carr as the queen in 1916. Diamond had been a skilled shoplifter since childhood, with her first arrest at age 17. She was known to wear diamond rings as makeshift brass knuckles, an ostentatious display of her love of glamour and her penchant for violence. She was striking, powerful, and stood at 5’9” in a time when the average man was just 5’6”. The other thieves, most of whom were much older, fell in line behind her leadership skills and vision. She intuitively knew the effect styling could have on their chances for success, and under her influence, the Forty Elephants became known for their decadent excess and trendy, expensive attire. Media attention increased along with their coffers.

Diamond efficiently reorganized the gang by splitting them into separate cells. This allowed for simultaneous robberies to occur in various parts of the city, dividing the police’s attention and catching shopkeepers by surprise. She created the Hoister’s Code, a code of conduct that outlined the democratic manner in which the gang operated, including provisos detailing the equal division of money from heist jobs, an expectation for the gang to care for the family members of an imprisoned thief, and for the women to always provide alibis for each other. Diamond also codified an expectation of absolute fealty that was punishable by “ridicule or beating” when disobeyed. While her guidelines were strictly enforced, so too were a number of other rules ensuring the smooth operation of the criminal syndicate, such as one forbidding theft of money or boyfriends among members.

The group’s shared treasury was used to assist members in trouble and to pay for lawyers, as well as to fund extravagant lifestyles. Membership in the gang was akin to being part of a union with unusually fair benefits for all. Diamond was ruthless in protecting her gang’s territory. Should an outsider steal from a shop in their area, they demanded that the interloper pay a percentage of their takings. If an offender refused, the gang would beat and sometimes kidnap them until they agreed to the terms. The media’s portrayal of the Forty Elephants continued to expand their legend, and their enemies continued to underestimate them. The newspapers wrote rapturously about Diamond and her gang as gorgeous party girls, but the women were just as brutal as other street gangs.

Glamour was both a goal and a smoke screen for the Forty Elephants, through which they created their own thrilling world of fashion, money, and fame.

In the 1920s, the Forty Elephants reached the pinnacle of their success and notoriety. Diamond instituted numerous clever tricks into the gang’s arsenal, ensuring that all thieves were equipped with secret pockets and flaps in their gowns to facilitate shoplifting. They were also early adopters of automobiles, making their getaways in the most glamorous models. They confounded police by handing off stolen goods to an unseen accomplice on foot before dashing off in a high-speed car chase; police were left befuddled when they caught up with the car and found it devoid of any stolen goods. Cars also allowed the members to expand their operation outside of London to nearby towns, all the better once Diamond’s and other faces became too well-known to local law enforcement to go incognito.

Ultimately, Diamond was undone by her increasing fixation on controlling the gang. The Hoister’s Code forbade members from doing anything against Diamond’s wishes, including marrying men she did not approve of. When a member defied her in 1925, Diamond led the gang in a brutal attack against the newlyweds so disruptive that it became known as the Lambeth Riot. For her role as instigator, Diamond was sentenced to 18 months in prison. By the time she was freed, a new queen had taken over. Diamond turned to a career managing a brothel, while still offering tutelage to aspiring young thieves. One of her protégées, Shirley Pitts, was the acknowledged queen of the gang in the 1960s. Pitts’s operation was on a smaller scale than that of her mentor. Changing fashions made it harder to stow shoplifted loot inside of clothing as stores increased security and surveillance.

The Forty Elephants officially disbanded upon Pitts’s death in 1992, but membership and activity had been in decline for decades. By the time of Pitt’s passing, the Forty Elephants were a folk legend rather than an active threat. Yet the Forty Elephants remain one of the most successful and longest-lasting criminal organizations in English history. While men’s gangs rose and fell around them, Carr and Diamond’s ruthless efficiency and canny leadership allowed their group to thrive. Diamond’s gang stormed into department stores so many times that the staff grew to recognize her and knew to keep watch. Ever flexible, she used her own notoriety to her advantage, turning herself as a distraction to let lesser-known members rob them unnoticed. Her mentorship groomed future generations of female thieves, providing both a role model and a route for lower-class girls to achieve independence. Glamour was both a goal and a smoke screen for the Forty Elephants, through which they created their own thrilling world of fashion, money, and fame. 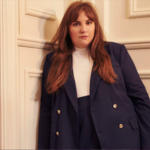 by Andréa Becker
Plus-size lines are a double-edged sword—simultaneously granting access to those long forgotten in the fashion world while perpetuating the notion of fat as “other.”
by Ann Foster
View profile »