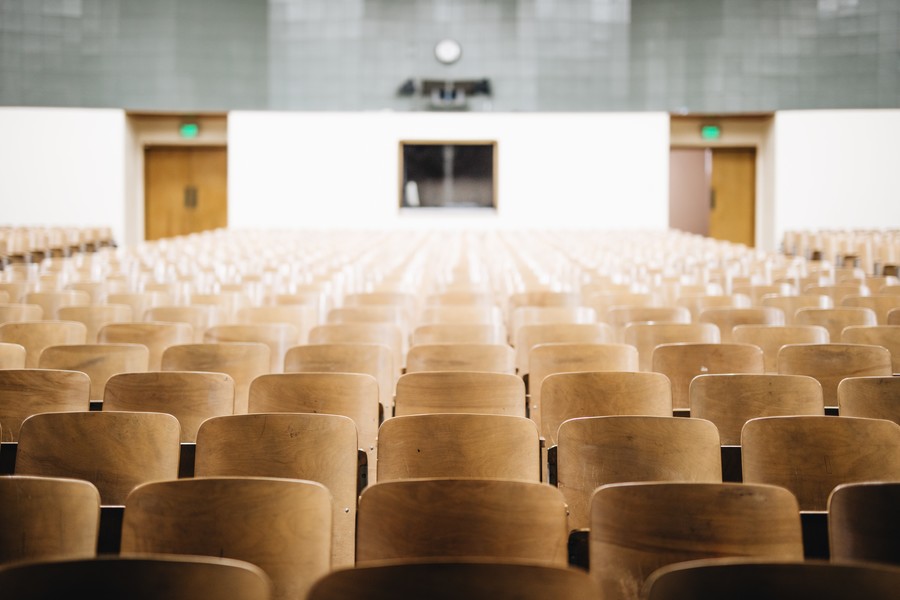 On June 28, Alaska Governor Mike Dunleavy vetoed the budget passed by the state’s legislature and announced a staggering $444 million in cuts to social-service programs and public education, including $135 million from the University of Alaska system. The legislature could have overridden the veto in Juneau, but failed, as far-right Republican legislators abandoned their more moderate brethren to hold legislative session in a middle-school classroom in Wasilla simply because the governor ordered it. As the most successful attack on public higher ed and all it offers regionally and internationally, Alaska’s nightmare sets an ominous precedent for other red states.

Soon after the budget cuts were announced, the credit-rating agency Moody’s downgraded the University of Alaska’s credit rating three degrees, which, as university President James Johnsen explained, “makes bonding or borrowing money substantially more expensive.” The only path left for the university system was financial exigency, which is like bankruptcy—but worse, because it does not discharge debts. Financial exigency means any campus, department, program, and position in the university system can be axed with little to no notice. This means that more than 1,300 jobs will likely be lost. The measure also nulls all previous contracts, jeopardizes the union’s collective-bargaining agreement, and permits massive and rapid restructuring of the university. The Board of Regents is considering a multi-university lead campus model or a single-accreditation model, the latter of which appears the frontrunner, despite student and staff concerns, as well as the chancellor’s championing of the consortium model. The single-accreditation model restructures the multi-campus system into one university, with each department “housed” at a designated campus, and all in-person offerings in that field at other campuses eliminated or severely reduced.

Restructuring to this degree is a colossal undertaking, especially with a short deadline. Consolidation would require the university to close down programs and potentially relocate (or simply fire) many faculty and staff. Students already majoring in a particular field or finishing a graduate program axed from one campus would need to relocate, or accept online courses as their sole option for their major. Prospective students will need to choose their majors wisely—or relocate later—given that many college students switch majors at least once, and some multiple times. And it’s not only educational opportunities and intellectual exploration that would suffer under this model. For example, Title IX reviews would also likely be consolidated and housed exclusively at one location, resulting in more backlog and red tape in an already overburdened system.

Dunleavy supports this consolidation of “duplicative” programs, and proposes that “location disruption for students can be mitigated by live-streaming classes.” He attempted to strongarm his way further into university business by promising a reinstatement of $40 million if the university adopts his plan, which, among other indignities, eliminates all state funding for scientific research in Fairbanks, including vital climate research in a hotbed for climate change. Never mind that Alaska’s campuses are hundreds of miles apart (more than 300 miles separate Anchorage and Fairbanks, for instance), with Juneau and many rural campuses and native villages accessible only by plane or ferry service. Never mind that internet access in Alaska is both expensive and unavailable in many areas, necessitating that rural students come to campus to log on. Never mind that students who need in-person classes to effectively learn, because of learning style or disability, will lose access to entire majors unless they choose to attend a different campus. Never mind that this is more colonialist violence and displacement inflicted on Alaska Native populations, who deserve to remain on tribal lands while they study.

The University’s Fairbanks campus is also an international leader in climate change research, one so essential to the field that scientists in other countries have emailed state legislators to express their concerns. With climate change already wreaking havoc in the state—melted permafrost, confused animal populations, native villages eroding into the sea—eliminating state funding for climate research will endanger all other funding sources, including federal dollars, for its current and future projects. Perhaps destroying climate research was the governor’s plan all along or an added “benefit” of his decision. Whatever his intentions, both Alaska and the world will suffer for it.In mid-August 2019, 44 days into the university’s fiscal year and with a highly energized recall effort well underway, the governor came to a compromise with the university to spread a $70 million cut over three years, delaying some furloughs and firings and extending the deadline for implementation of plans. Johnsen noted that this is still a “serious reduction” that requires significant restructuring and leaves many questions still hanging. We don’t know what decisions will be made on Dunleavy’s behalf, if UAF’s critical research will remain intact, if financial exigency remains our status, or if undeclaring exigency would affect proposed restructuring strategies.

Even more unsettling is that Dunleavy has had no qualms about lying outright about his intentions. It’s an abusive tactic: Bully and terrorize, cause debilitating chaos and stress across the state, threaten faculty and staff with financial ruin and career loss, threaten students with sudden degree loss. Then, offer slightly more breathing room and slightly less chaos, and watch as your victims thank you for your mercy. See you again next year. The absurdity of Dunleavy’s plan, coupled with his attempts at coercive control, highlights the dangers that far-right Republicans pose to public higher education in the United States, in turn threatening the education of state residents, particularly those from low-income families. Unless we are proactive, we are looking at a country in which soon only the wealthy will be able to afford higher education.

Alaska’s public university system may not survive, let alone remain accredited, for long under these cuts. The loss of $70 million will still put major strain on a system that has already suffered $50 million in cuts over the past several years, and future cuts remain unknown. Some faculty and staff have left their positions voluntarily, and the reputation of the university system has tanked. Some faculty have already told their new graduate students not to come. Dunleavy and his loyalists, with the help of budget “hawk” Donna Arduin—a name that needs more serious scrutiny given the damage she has done (and will continue to do) to Alaska and attempted in other states—have practically ensured that the university will fail. With it, towns and smaller communities that depend on it economically, such as Fairbanks, will also fail.

Prospective students able to leave the state for college will never return, while those who stay and exercise their right to public higher education will receive a subpar one. Crucial research will stall and eventually disappear. The ripple effect of this single action will devastate the entire state. And yours could be next. Governor Dunleavy’s slash-and-burn capitalism is an apocalyptic disaster for Alaska, but only those who haven’t been paying attention to our national hellscape will be shocked by it. Dunleavy and Trump seem to have fallen in love with each other’s nihilistic cruelty: After the two met this month, for example, the EPA dropped wild-salmon protection, thus permitting a mining project that will devastate Alaska fisheries (already hurt by the university budget cuts) and pose considerable environmental threats. On behalf of corporate interests, the Trump wing of the GOP is using Alaska as a testing ground for lucrative pillaging.

In the past 10 years, public universities around the country have suffered exorbitant cuts that threaten educational accessibility and quality, a disturbing trend that shows no sign of abating.

Republican legislators sat smirking in that middle school classroom as protestors begged them to fly to Juneau and support the override, which was short by eight votes. Eight legislators stunting in a classroom was all it took to raze not only the state’s public higher education, but also most of its public infrastructure, from the Senior Benefits Program (since reinstated through the capital budget) to homeless shelters (still defunded). Perhaps due to unique factors, Alaska fell more quickly through these machinations than other states would—but that does not mean those states will be safe forever. In the past 10 years, public universities around the country have suffered exorbitant cuts that threaten educational accessibility and quality, a disturbing trend that shows no sign of abating.

The eventual result is a poorly educated workforce with little upward economic mobility, but practical concerns are only a part of the issue. Universities also ensure a populace with intellectual creativity and critical-thinking abilities, foster cross-cultural understanding and social-justice movements, and prepare residents for thoughtful political engagement. The University of Alaska is yet another dead canary added to the heap in the coal mine. Dunleavy’s attack on the university dwarfs even Scott Walker’s attack on the University of Wisconsin, which until now was the gold standard for ruining a thriving university system. Universities take decades of work to build to viability, and once destroyed, infrastructure is incredibly difficult to resurrect. Those who value their public higher education in any state, but especially in states with Republican majorities, must remain vigilant and prepare to fight for their welfare, and the welfare of the most vulnerable targets, before its annihilation becomes inevitable.

And while Alaska’s struggle may be a warning shot, it also serves as a model illustration of strong organizing in the shadow of destruction. When an override still seemed possible, each legislator received thousands of emails and calls, and protestors showed up in Juneau and Wasilla. Town halls were packed with residents hoping to testify. After the override failed, residents began the daunting recall process, earning more than 29,000 signatures in two weeks. The bipartisan fight to recall Governor Dunleavy sets an inspiring example for the rest of the country, and indeed its early successes appear to have influenced the governor’s cancellation or alteration of some of his more unpopular vetoes. While complete reversal of the damage to Alaska is unlikely, the civic work there has already mitigated the fallout of this act of violence. Hopefully, with smart organizing, we can halt any further gutting of public higher education nationwide.

Read this Next: No More Pencils, No More Books 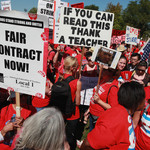 by Kim Kelly
2019, while still young, has shown that it’s in the running to be yet another extraordinarily important one for America’s unions, with teachers still at the forefront. 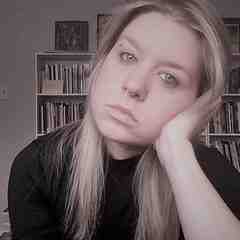 Sara Eliza Johnson’s first book, Bone Map (Milkweed Editions, 2014), was selected for the 2013 National Poetry Series. She currently teaches at the University of Alaska, Fairbanks. Find her at saraelizajohnson.com, or on twitter at @saraelizaj.

Backtalk: So Burning Books is Back?

From Prodigy Activist to Young-Adult Author