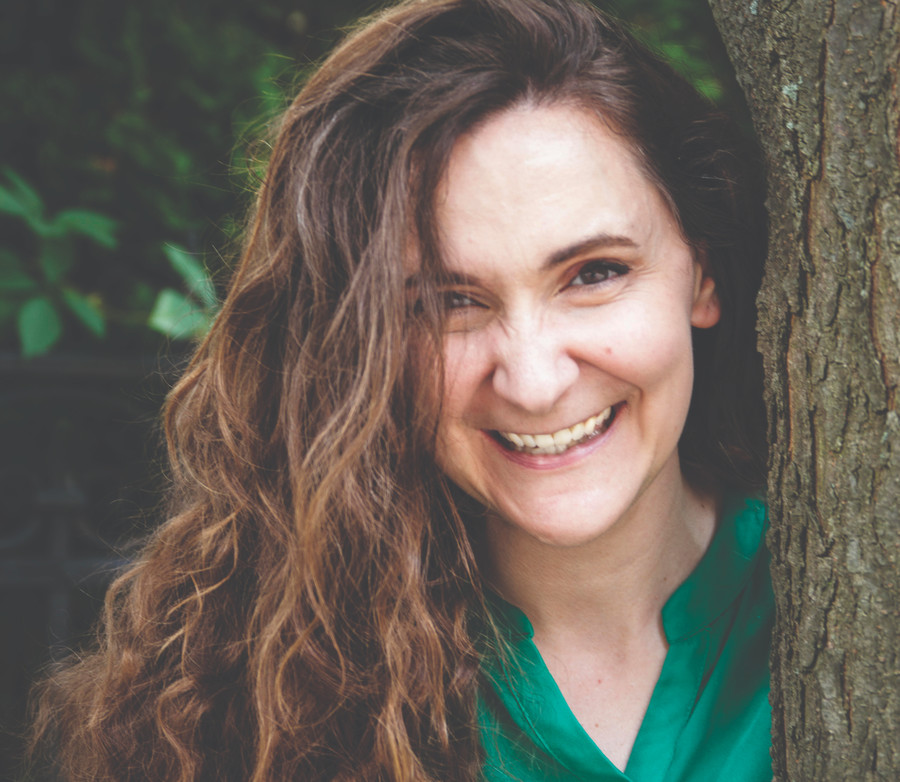 Millie, the protagonist of the short story “Mother Nature’s Youngest Daughter” by Keah Brown in Marieke Nijkamp’s 2018 anthology Unbroken: 13 Stories Starring Disabled Teens, uses her magical ability to create storms to enact revenge on classmates who bully her for having cerebral palsy. Barbara Gordon comes to terms with the fact that disabled people don’t need to be fixed as she recovers from a gunshot that left her partially paralyzed in Marieke Nijkamp’s recently released DC Comic The Oracle Code. Kaz Brekker in Leigh Bardugo’s Six of Crows duology limps after breaking his leg, but he uses magic to make himself a cane—not to find a cure for his disability. “There was no part of him that was not broken, that had not healed wrong, and there was no part of him that was not stronger for having been broken,” Bardugo writes about Brekker’s backstory in Six of Crows.

All of these characters live in fictional worlds where magic and superheroes exist. Millie is part of a family whose job is to control the weather of the United States; her mom is Mother Nature. Gordon is a superhero in the DC Comics universe who has gone by the names Batgirl and Oracle throughout her history. Brekker lives in a world where Grisha, humans who practice magic known as the Small Science, are both revered and feared. These three characters all have disabilities and don’t experience tropes common to disabled characters in fantasy settings, and the authors who wrote these stories are all disabled. Historically, at least in Western fairy tales and their modern counterparts, disability isn’t treated kindly.

In the recently released book, Disfigured: On Fairy Tales, Disability, and Making Space, Amanda Leduc writes, “The allure and potency of these stories has continued to influence the perceptions of disability today.” Disabled characters in fairy tales and fantasy stories must transform or overcome their disabilities, much like the famous “run, Forrest, run” scene in 1994’s Forrest Gump. “It is never society that changes,” Leduc writes, “It is almost always the protagonists themselves who transform in some way—becoming more palatable, more beautiful, more easily able to fit into the mould of society already in place.” These stories reinforce ideas about disability and what it means to be disabled: If a magical cure exists, why wouldn’t they want to take it? Disability is always a ‘before,’ never an ‘after,’ and if it is an after, it’s a punishment for evil behavior, comes with supernatural abilities as a side effect, or is something to be overcome to show how strong the character is.

It’s powerful when disabled authors write fantasy and science fiction stories about disabled characters. In these portrayals, the authors knowingly reject tropes (as Bardugo does with Brekker’s decision not to seek out a magical cure for his limp) or these authors play with these tropes and offer a deeper exploration on the page “Mother Nature raised her youngest daughter to believe that everything about her was beautiful, especially her cerebral palsy,” writes Brown about the character Millie. Unlike many disabled characters in fairy tales, Millie grows up with a supportive family, but she is still mocked for being different at school. In Disfigured, Leduc writes that schoolyard bullying happens because “their beliefs about what it meant to be different had everything to do with social expectation and success.” The question that most disabled characters ask in fairytales, she explains, is “Why can’t I be like everyone else?”

No one in fairy tales has to ask another question, because society in the story will not change and the character will meet one of two fates and get what they want (to be like everyone else) or they won’t, and they’ll die alone and unhappy as a cautionary tale. “What happens when we ask a different question?” Leduc writes. “What happens when the princess…says why should I be like everyone else instead?” In “Mother Nature’s Youngest Daughter,” Millie doesn’t transform her cerebral palsy to become more palatable; she gets revenge on her bullies using her powers by leaving snow in their lockers. She embraces the two things that make her different—her magical ability and her disability.

There are two endings to most tales, Leduc suggests, one in which disability vanishes and the abled body reigns supreme, and another in which disability is permanent and leads to suffering. “Where is the space for disability as a simple fact of life in a scenario like this?” she writes. Brekker’s disability in Six of Crows and Crooked Kingdom is just that, a simple fact of his life, no more exceptional than his skills as a thief or his greed. He doesn’t grieve his ability to walk without a limp, and his cane “became a part of the myth he built” for his dangerous reputation as the Bastard of the Barrel and leader of the prominent gang the Dregs. 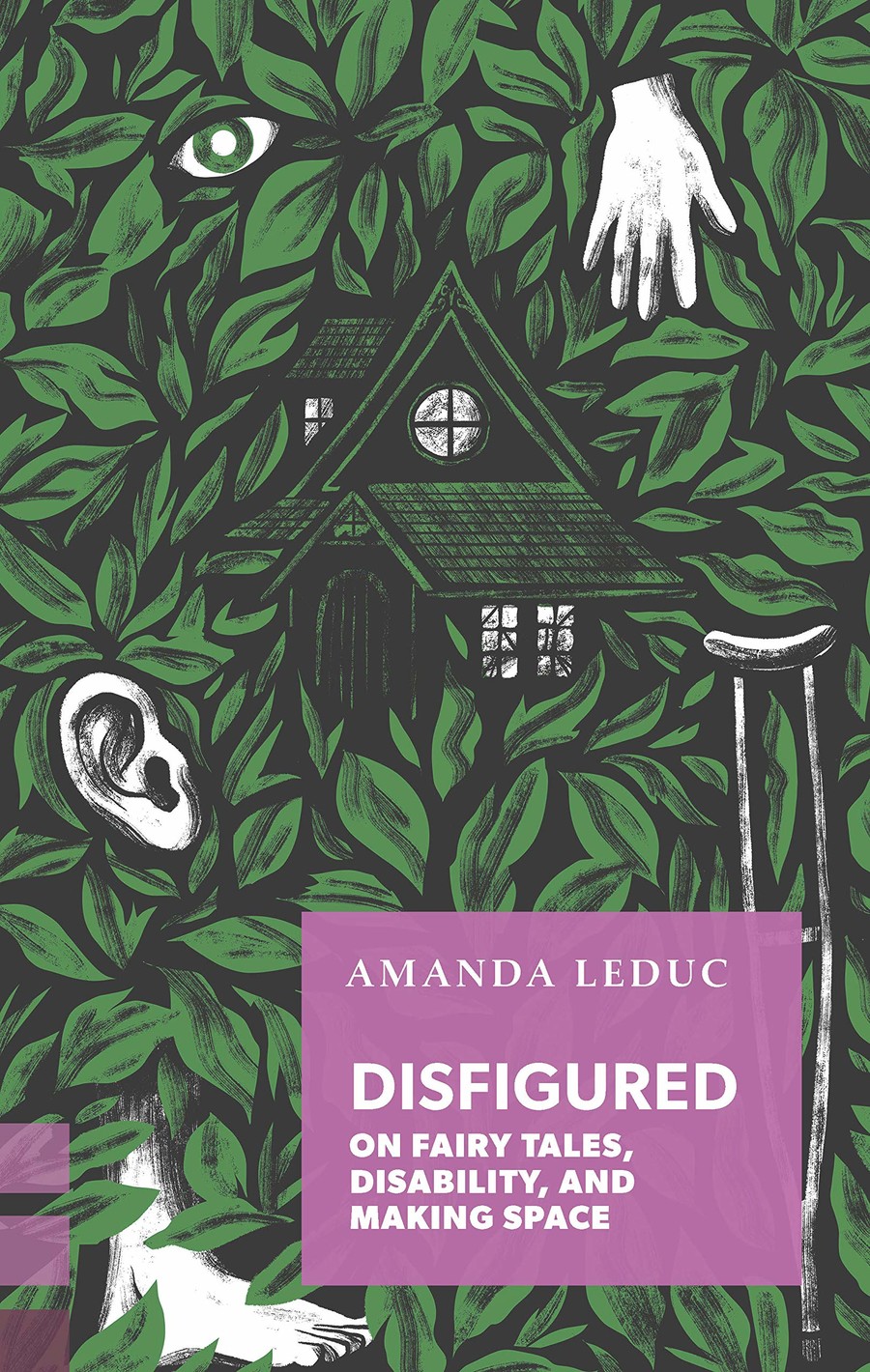 And while Gordon goes through an adjustment period in The Oracle Code as a new wheelchair user with an acquired disability, her disability too becomes a simple fact of life that isn’t transformed by the end of the story—and doesn’t result in a tragic ending. “We’re not broken,” Gordon says toward the end of the book after doctors doing experimental research refer to her and her other disabled friends as ‘less than whole.’ “I am who I’ve always been. And maybe I don’t know who I will become yet, but I have all the time in the world to figure it out.” Her journey is ultimately not one of curing or overcoming her disability, but of embracing the disability community and finding strength in sharing her life with other disabled teenagers. “We find our points of light in others who might look like us,” Leduc writes about the alternatives to a disability-free happy ending, “or share our experiences of tripping up a flight of stairs and spilling a full pot of tea. And together we dream about the transformation of the world.”

That is what Gordon does as she finds kinship with her friends from the Arkham Center for Independence, and the reluctant friendships at the center of the heist plot in the Six of Crows duology are often tied by shared disability experiences: Wylan’s learning disability, Jesper’s addiction, and Inej’s (undiagnosed but coded) PTSD. Disabled authors write stories that subvert themes typically associated with disability, such as characters being cursed or punished simply because they are disabled. In another short story in the Unbroken anthology, “A Curse, A Kindness” by Corinne Duyvis, the protagonist, Siena, is cursed to repay kindness by granting three wishes to every person who shows her kindness. The curse began after Siena fell through the ice of a lake and an elderly man saved her life, only to stay submerged underwater. Siena, a 9-year-old autistic kid, was too terrified to know what to do to help, and the man found her a few days later to tell her the ground rules of her curse.

Siena’s curse is not inherently tied to her disability; she’s not made to suffer because she’s autistic. “The temptation to use disability as shorthand for imperfections of character is too compelling to resist,” Leduc writes. Fairy tales and fantasy often use disability as a punishment for moral failure, like the Beast in Beauty and the Beast or the 2011 film adaptation Beastly, in which the titular character is cursed to be scarred and heavily tattooed. In “A Curse, A Kindness,” Siena wrestles with whether she deserves to be cursed and acknowledges she doesn’t during an exchange with another main character, Mia, who points out she was just a child when the incident happened. Neither Mia nor the other characters blame Siena for being terrified and unable to act in the moment; she doesn’t wish to cure her autism, only to lift the curse of repaying kindnesses because it keeps her at a distance from intimate relationships.

Fairy tales and their contemporary counterparts—superhero tales, science fiction, fantasy—shape our collective ideas about what it means to be powerful and beautiful. “Fairy tales and fables are never only stories. They are the scaffolding by which we understand crucial things,” Leduc writes. “Fairness, hierarchy, patterns of behaviour; who deserves a happy ending and who doesn’t…what happy endings mean in both the imagination and the world.” Depictions of disability shape our lived experienced and real-world perception of disability, for both the disabled reader and the abled reader. “‘It’s not Halloween, take off the mask,’ a stranger yelled to me from his car window, as I walked home from class,” Ariel Henley, a writer with a facial difference, writes in an article for Vice; media representation of facial difference and disfigurement has a real impact on her life and how people in public view her.

What happens when we allow disabled writers to tell stories of disability within fairytales and in magical and supernatural settings? It is a reimagining of the fairy tale canon we need. Leduc dares to dream of a world that most stories envision is unattainable. “I want stories where people are not applauded for embracing difference but instead reshape the world so difference is the norm,” she writes. “It is the world’s responsibility to make space for my body, my words, my lopsided gait—our bodies, our words, our ways of moving through the world.”

Read this Next: No Need for Superheroes 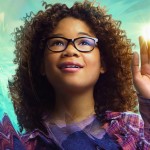 by Jenn Jackson
Black children don’t have to be endowed with mutant powers to be inherently good.