Without ConditionIn “Fairest,” Meredith Talusan Dreams of Freedom from Others’ Perception 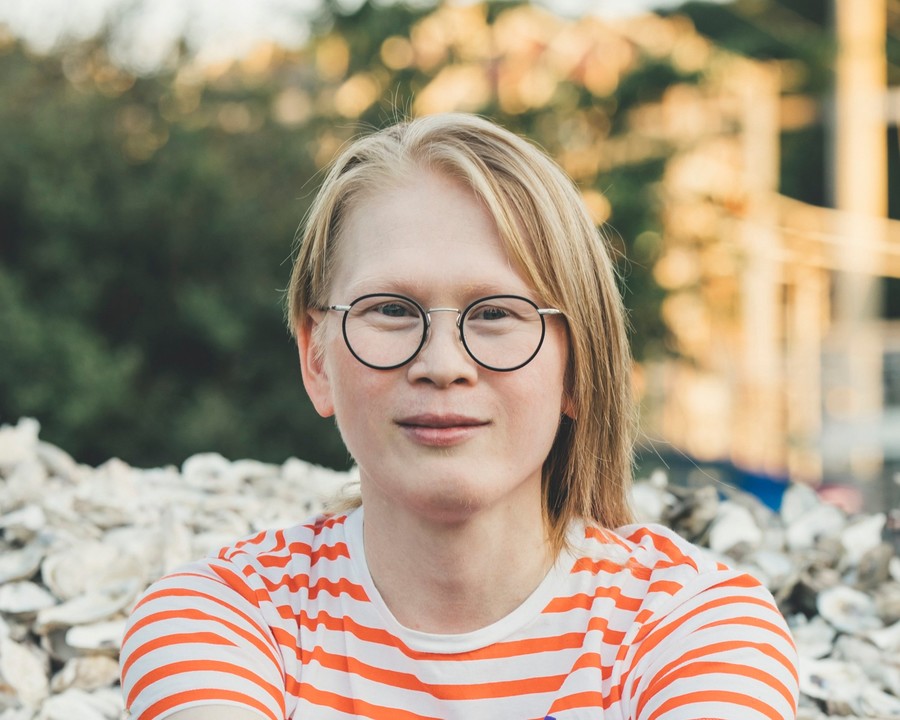 Journalist Meredith Talusan, the founding executive editor of them., has crafted Fairest, an intimate and memorable decade-spanning memoir that offers critical analysis from the perspective of a Filipino American trans woman with albinism. Via rich language and a strong connection to both scene and place, Talusan walks us through her most personal experiences ranging from parental abuse and neglect to the loss of loved ones to moments of music, theater, and literature as she reflects on her own past and how she landed in the present. In her reckoning with her own racial and gender identity, Talusan offers insight into the ways that these concepts are linked with colonialism and the violent impact, demands, and reach of the United States.

In its first part, “Sun Child,” which spans from 1980 to 1990, Talusan is a young child who identifies at the time as a “dutiful Filipino grandson.” In these early chapters, Talusan expresses gratefulness for her white skin: Reflecting on her grandmother, who takes pride in her whiteness, Talusan writes, “I could tell she also meant beautiful, intelligent, better, more special.” Even as Talusan questions her place as a young boy who looks different from all of the others, she leans into superiority as a coping mechanism, thinking, “I could at least find a way to feel good about standing apart from them.” Much of Talusan’s understanding of herself is shaped through the people she encounters, with her remarking in the prologue, which finds her in adulthood as an out trans woman at a Harvard alumni event, “I had an unclear sense of who I was beyond other people’s reflection of me.” While a gay man at Harvard, after reading a poem, Talusan reflects: “I was supposed to have it better because I was a man. I was supposed to make my way in the world unencumbered. Yet reading that poem, I realized how little of myself was really mine, when so much of me had been molded by my desire to be worthy of other people’s approval.” Talusan is still figuring out who she is, and is doing so in a variety of environments that, despite how different they are—with scenes in her rural Phillippine village, Boston, New York City, and London—all demand something of her identity and her appearance.

Eventually, though, as she reads and expands her understanding of race, Talusan begins to reckon with this desire to be viewed positively, and, as such, to be viewed as nothing more than a white American. At her grandmother’s funeral, she thinks, “I realized how much of me was a product of her own fantasies as a dark peasant farmer born into poverty, who may have loved me regardless but favored me over everyone else because she connected my color to the wealthy, powerful Americans who conquered our land.”

Talusan smoothly links race and colonialism throughout Fairest. Even as a child, she takes note of a book, The United States and the Philippines: A Study of Neocolonialism, that she finds in her mother’s office at a printing press in Manila. Talusan writes, “I opened it to find dense masses of words I couldn’t parse into sentences… something about the U.S. having so much more money than the Philippines. I kept the book to read when I got older, curious about the relationship between my current and future homes.” In 1990, Talusan’s family makes their way to the U.S. embassy in Manila, where they attempt to pass an immigration interview. At this point, though, her dream of moving to the United States has died: “I realized I no longer worshipped Americans,” Talusan writes, “or the promise of living in such a rich country and becoming white myself, indistinguishable from those creatures with so much power who ruled the rest of the world, who every day decided on the fates of us brown people pleading to be let into their country, a situation they created themselves when they conquered us against our will, used our land and our hands for free to enrich themselves.” It’s a scathing and winding line, and it stands out against Talusan’s continual yearning for the way she would so easily blend into American spaces because of her albinism; instead of buying into the televised, pre-packaged colonialism that pushed American patriotism throughout her youth, Talusan finds herself questioning it all, with the complexity of her own identity parallelling the complexity of her relationship with the United States. And she does so just in time to move to the United States at the age of 15. 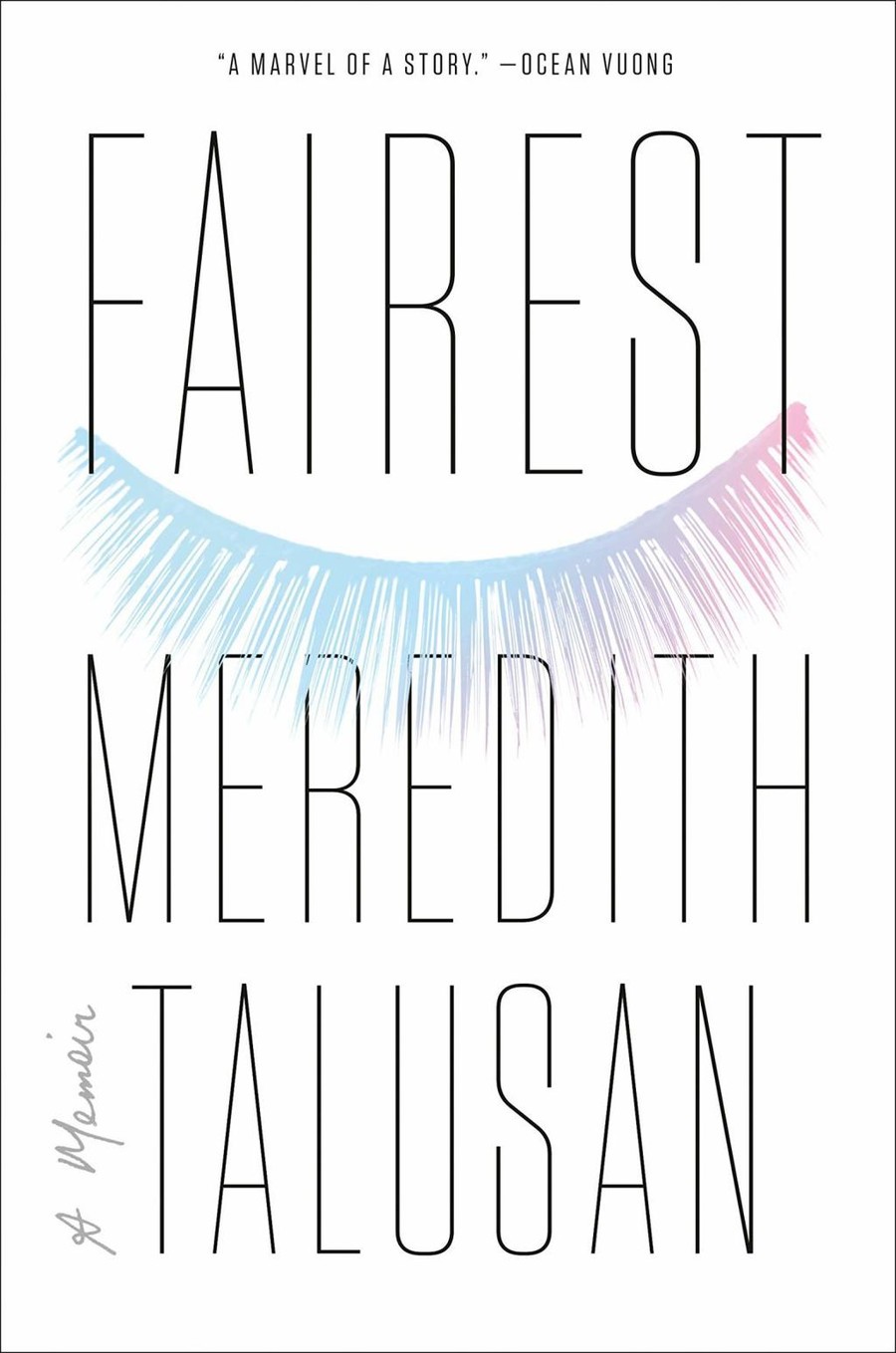 Talusan’s analysis of gender, race, sexuality, and privilege expands in the book’s second part as she begins her journey at Harvard. She finds herself, then out as a gay man, feeling like little more than a “novelty” and a “trinket.” Themes of want and attraction are present throughout the book: As a child, she finds herself not quite seen in the identity of the “bakla,” who Talusan describes as “a boy who acted like a girl and liked other boys.” Yet, a young Talusan ponders her own gender and sexual identity, though, as she notes throughout Fairest, she finds it difficult to parse the difference between the two until she immigrates to the United States. Though she doesn’t completely understand the idea of queerness at a young age, she does pick up on the negative connotation. “No one ever wanted to love a bakla,” Talusan writes, “these creatures who were tolerated, but never wanted.” With age and experience though, Talusan finds herself more aware of these dynamics than ever at Harvard because she’s in the thick of it, thinking about whether or not she’s read as Asian, if she’s femme or a twink, and what it all means in the middle of queer dance floors and classrooms. “The lesson I got was that it was a lot easier for white men to get laid, and in matters of sex, there was no real difference between looking and being white, since that was the only criterion gay men used to judge you anyway,” Talusan writes of her Harvard experience.

Talusan invites us to question our own understandings of whiteness and power as she reflects upon her own, openly and without hesitation. Though, at times, the shifts in time period muddle the narrative, and an adult Talusan’s voice occasionally distracts from her younger self’s perspective, Fairest feels most successful when Talusan is candid rather than careful and honest rather than right. “…my gender and race reflected on each other like a dizzying hall of distorted mirrors,” Talusan writes about being a trans woman who is viewed inaccurately. Readers follow Talusan closely as if just a half-step behind as she goes from a child relying on poor eyesight and far-off mirrors to morph into whomever she dreams of becoming at the time—a strong, masculine white man; a woman with soft features—to seeing herself in full—regardless of the demands of others’ perception. And, in Fairest’s final part, “Lady Wedgewood,” which spans two years, Talusan finally achieves the goal of seeing herself: “I was looking at one of the most beautiful faces I’d ever seen…. That face belonged to me. It was up to me to cross that bridge of light and make her whole, with whatever I had, to endure any sacrifice so that her spirit could finally live in this world without condition.”

by Reina Sultan
“Brown Album” clarifies who Porochista Khakpour considers her audience to be: those who have been othered.