“Unpregnant” Offers a Radical Normalization of Abortion and Reproductive Health 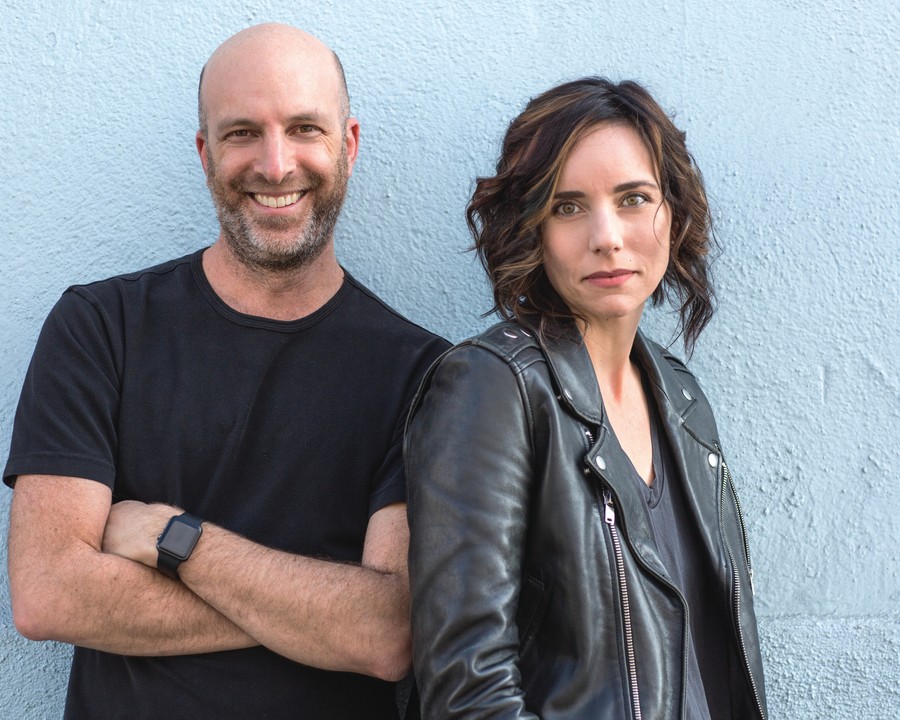 Currently, we’re in a terrifying moment in history for reproductive health in America, which makes abortion no laughing matter—and that’s exactly why Unpregnant, the debut YA novel by Jenni Hendricks and Ted Caplan, is such a breath of fresh air. Unpregnant tells the tale of an overachieving 17-year-old named Veronica Clarke who discovers that she is pregnant a month before her high-school graduation. Seeing her college education (she’s been accepted to Brown University) and future slipping away, she enlists her former best friend—and current school outcast—Bailey Butler to drive her to an abortion clinic that doesn’t require a parental signature. The only catch? The clinic is more than 900 miles away.

What results is a bold, heartwarming, slightly absurdist road trip that features bold, deranged ferrets, Christian strippers, and a surprising amount of Kelly Clarkson. There are lessons about growth, friendship, and independence, and readers come to understand the nuance of the abortion discourse as they laugh alongside the two main characters. Comedy and abortion might not seem like a natural pairing, but Unpregnant allows humor to shine as a coping mechanism in the young womens’ quest for access to reproductive healthcare.

Bailey in particular provides a constant source of comedy throughout the novel and, from the moment she finds Veronica in the bathroom, too terrified to look at the result of her pregnancy test, cracks jokes to lighten the mood (“Christian pregnancy is pretty damn cliché”). Later, when Veronica asks Bailey to drive her to New Mexico for her Planned Parenthood appointment, Bailey quips, “Oh, I get it. Everyone has different types of friends. There’s your BFF’s, your friends with benefits…and I’m your abortion friend!” Unpregnant’s humor not only punctures the otherwise serious storyline, but also highlights the girls’ close bond: Despite Bailey’s sarcastic exterior, it’s clear that she would do anything for Veronica. Veronica gives it right back, too, poking fun at Bailey’s revelation that she’s queer with “I should have known! No wonder you never listened to One Direction.” She also never passes up an opportunity to support her friend, such as when she encouraged her to shoot her shot with the beautiful exotic dancer, Sapphire, during their quest.

Unpregnant further uses humor to touch on several hard-to-navigate themes that are often included in the conversation around abortion, such as religion, sexuality, and family. Early in the novel, we are introduced to Veronica’s deeply religious parents and her sister Melissa, who was a teenage mother. In one scene early on in the novel, the family gathers around the dinner table to say grace before their meal. As Veronica’s mother begins a prayer thanking God that her daughter will be the first in the family to go to college, one of Veronica’s nephews begins screaming and biting his grandmother, and Melissa has to stop the prayer several times to yell at him and calm him down. The scene is masterfully comedic, blending many of Veronica’s anxiety inducing woes—such as her shame over the pregnancy and her guilt over considering an abortion given her family’s religion—with the good old fashioned comedy of a screaming baby and his impatient mother.

This contrast not only shows the reader the multifacetedness of choice by showcasing the various internal and external boundaries to speaking openly about abortion, but allows us to appreciate the very realistic moments of undeniable silliness amidst a very scary predicament. Unpregnant uses perhaps its most absurd moment to highlight Veronica’s independence and the importance of community. After Bailey’s car is stolen, the duo accepts a ride from Sapphire, a stripper from a seedy club who convinces the two to come back to her place for a hot meal after seducing Bailey. Things seem ideal at first, but Veronica quickly senses that something is off as she takes in the abundant Virgin Mary photos of Jesus holding babies in Sapphire’s home. When she realizes that Sapphire is most likely not as sympathetic to her plight as she appears, Veronica tries to find Bailey and leave, but Sapphire and her partner Dwayne do everything in their power to convince the girls to stay—and, more to the point, to change their minds about the abortion.

Sapphire insists that “Jesus gave [Veronica] this baby for a reason,” and secretly sneaks Veronica’s boyfriend, Kevin, into the house, while Dwayne offers to let the girls hold his pet ferret, Malwachi, as a peace offering. Technically, this is a terrifying scene, but it avoids abject horror vibes because it’s so over the top: The pair’s eventual escape is punctuated by a bout of hysterical giggling as they speed off: “Oh my God. You’re enjoying this!” Veronica tells Bailey, to which Bailey replies, “Please. You are too.” Again, it’s the comedic elements of Veronica’s journey that gives her space to recognize her strength, and young readers are able to follow along with her more easily than they might with a darker voice and perspective. 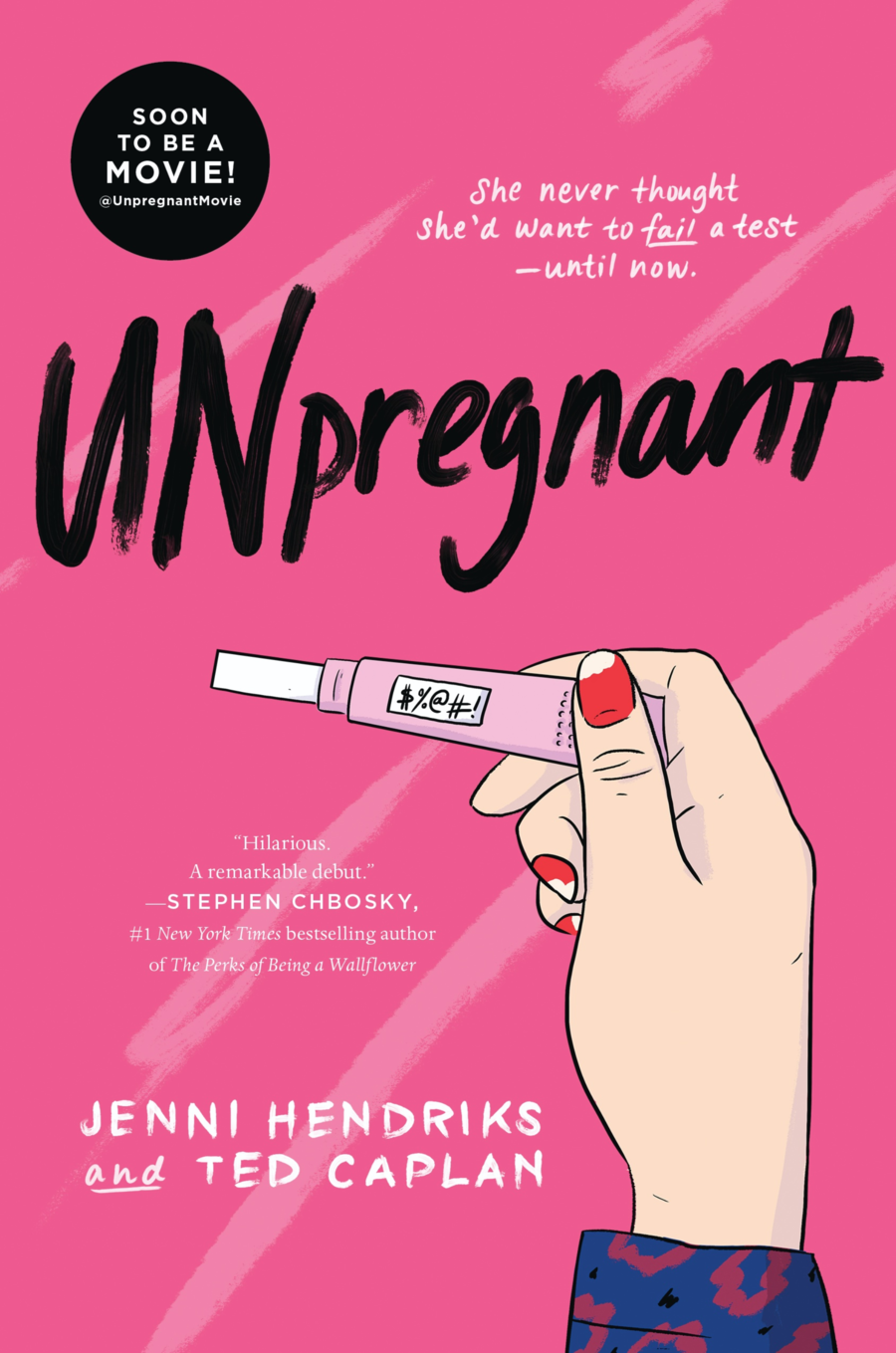 Beyond comedic relief, the novel also uses humor as an educational tool—while laughing along at Veronica and Bailey’s antics, the reader can also learn a great deal about what actually happens during an abortion procedure, the objectives of Planned Parenthood, and the importance of sexual consent. Via moments where Bailey terrorizes the bathroom as Veronica checks her pregnancy test or through Veronica’s witty internal monologue, the reader simultaneously learns how to take a pregnancy test and how state abortion laws hinder young people from accessing affordable healthcare. The novel’s pacing further marries the comedic with the serious, placing humorous and dramatic moments side by side to show the range of Veronica’s fears and emotions.

And Kevin’s role in the pregnancy gives Unpregnant a way to explore the complicated dynamics of gender and power that arise in pregnancy. Though Veronica originally keeps her pregnancy a secret from Kevin, she later finds out that her boyfriend isn’t simply aware of her pregnancy, he engineered it—poking a hole in his condom in the hopes that an unplanned pregnancy would keep Veronica’s from going to college and leaving him behind. Pop culture has often framed coerced pregnancy as a grand romantic gesture, and, indeed, the end of the novel finds Kevin catching up to Veronica and trying to convince her to continue the pregnancy and marry him. (In response, Veronica tells him she’ll call the police if he doesn’t leave). It’s an important lesson about a kind of manipulation that is often underplayed, and by including this scene, Unpregnant highlights a scary and common attempt to control women’s bodies.

Unpregnant offers a radical normalization of abortion and reproductive health, one that seeks to counter the messages that so often teach young people that abortion is shameful. Through the teen girls at its center, the book champions both independence and community. Its nuanced, multifaceted narrative recognizes that even in a time where reproductive choice is in terrifying peril, it’s still possible to feel empowered in our choices­­—including the choice to laugh.

Read this Next: TV Has Shifted Our Cultural Perception of Who Has Abortions

by Rachel Charlene Lewis
TV shows are learning how to tell accurate stories about marginalized people who have abortions.