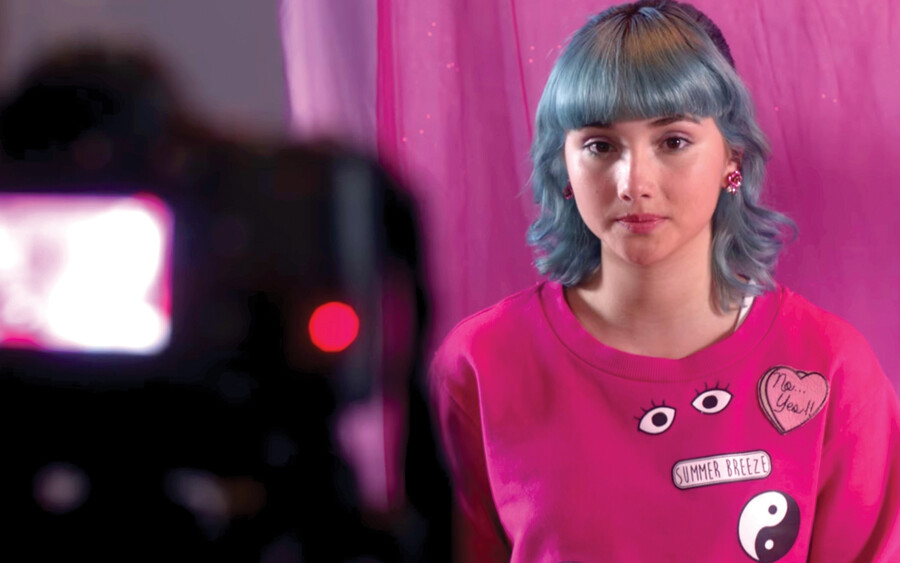 Amanda Arcuri as Lola in Degrassi: Next Class (Photo credit: Courtesy of Degrassi/YouTube)

When Degrassi: The Next Generation (TNG) premiered on the CTV Television Network 20 years ago, I was closeted, had never been kissed, and didn’t even have access to HBO. It was the early 2000s and I was a product of the Catholic–school industrial complex, so I could usually be found wearing a shapeless polo shirt, knee-high socks, and a pleated khaki skirt. Attending Catholic school from kindergarten to eighth grade limited my understanding of the world, especially in regard to sex education, so I had very little exposure to the inner workings of teenage sex and relationships. TNG helped fill in the gaps: While TNG was not the first iteration of the franchise—the show was preceded by The Kids of Degrassi Street, Degrassi Junior High, and Degrassi High—it was the first part of the franchise that I watched. Every week, I would tune in to The N (Noggin’s teen programming block for U.S. viewers) and watch my favorite characters question their sexualities, have sex for the first time, and hang out in sketchy vans in a ravine.

TNG might have been the single most impactful piece of pop culture for my 12-year-old self because there was rarely a storyline too controversial—awkwardly mistimed boners, oral-sex scandals, school shootings—for the teen drama. Instead of proper sex-ed classes, my school taught us about the necessity of abstinence and the immorality of abortion. And though my teachers were particularly prudish about sex, unfortunately, the rest of the “secular” United States wasn’t much better. In 2004, when CTV aired the Degrassi Season 3 episode “Accidents Will Happen,” featuring TNG’s first and only abortion, The N refused to air the episode for several years. Prior to that, PBS—the U.S. network that broadcast Degrassi High—aired a censored version of the two-part 1989 episode “A New Start.” Instead of broadcasting the episode in its entirety, PBS removed the final scene, in which pregnant teen Erica Farrell (Angela Deiseach) visits a reproductive healthcare clinic to receive an abortion. Stefan Brogren, a Degrassi producer and director who also played the show’s longest running character, Archie “Snake” Simpson, tells Bitch, “The fact that they wouldn’t air [the full episode] in the States made it very clear where the line was drawn as far as what we were allowed to talk about.”

It wasn’t until the end of 2006 when The N hosted a special “cast picks” event that the network finally aired “Accidents Will Happen.” According to Brogren, “It is one of the most sought-after episodes by Americans because they missed a whole section of the story—they know it exists, but they never got to see it.” I was one of those many Americans seeking it out. I distinctly remember being 13 and excitedly talking to my female friends about “the abortion episode” at a sleepover after it finally aired. At the time, we didn’t fully grasp the controversy surrounding onscreen depictions of abortion—we just wanted to know what the hell happened between Manny Santos (Cassie Steele) and Craig Manning (Jake Epstein). And that’s the magic of Degrassi. Unlike edgier teen dramas such as Gossip Girl and Riverdale that privilege drama over substance, Degrassi educates its younger viewers without coming off as an after-school special. On paper, the idea of a show aimed at teens featuring a rotating issue of the week sounds formulaic and preachy, but the series largely manages to balance its educational messaging with compelling character dynamics and storytelling. 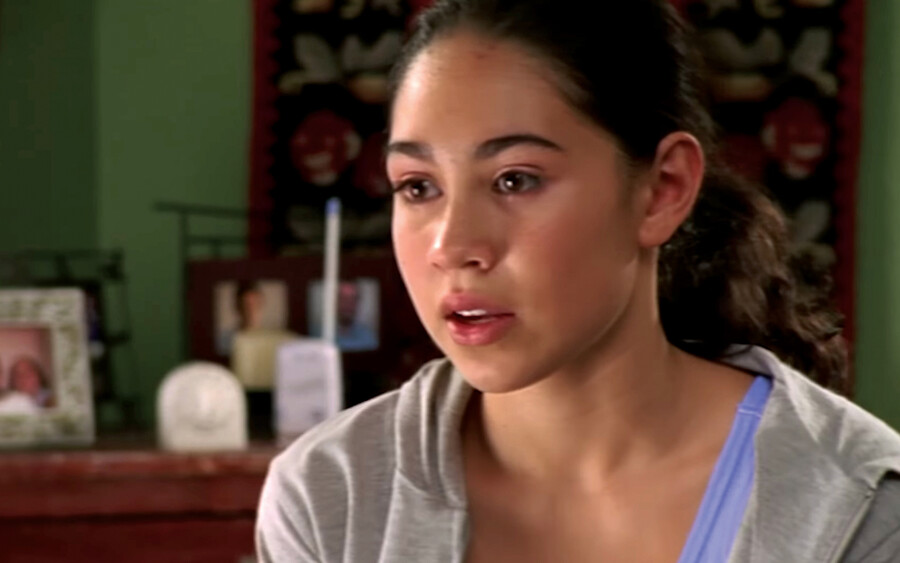 Cassie Steele as Manny in Degrassi: The Next Generation (Photo credit: Courtesy of Degrassi/YouTube)

In “Accidents Will Happen,” viewers watched 14-year-old Manny struggle with an unwanted pregnancy after her first sexual experience. We saw the harsh judgment she received from her classmates, including her best friend, Emma Nelson (Miriam McDonald), who is the result of her mother’s own unplanned pregnancy from Degrassi Junior High. We witnessed Craig, who dealt with the death of both his mother and his physically abusive father, work through his own desires of wanting to have a baby to fill the family void. But most significantly, audiences got to watch a teenage girl exercise her choice to have an abortion. Though TNG’s abortion episode was revolutionary for its time, it still had its limitations. In addition to the censoring of the episode in the United States, the series was constrained by the morality debates surrounding abortion and the way that media framed the common medical procedure in the early 2000s. Craig’s feelings of ownership over Manny’s body are a central conflict in the episode, reflecting the tricky line that even the most progressive media depictions of abortion had to navigate at the time. Emma defends Manny at the end of the episode, but not without reminding her how shameful she finds her decision.

In the midst of a heated confrontation, Craig tells Emma that what Manny is doing is “wrong.” Emma says, “I agree with you, okay? If she was just some stranger, I would be furious with her—but she’s my friend, and it’s her choice.” Even though Emma, who is loudly antichoice, reluctantly supports her friend, the scene still ends with Manny crying alone in a school hallway. Despite the constraints placed on abortion-related storytelling in 2004, modern viewers should consider the origins of the abortion narrative in Degrassi. In the first abortion storyline in the franchise’s history, which aired 15 years prior to “Accidents Will Happen,” 16-year-old Erica faces even greater stigma. Similar to Manny, Erica is shamed for her sex life (despite being relatively inexperienced) and receives repeated reminders from family and peers that abortion is morally wrong. When she considers the option of terminating her pregnancy, her twin sister, Heather (Maureen Deiseach), tells her not to mention it again, stating, “It’s horrible to think of all those babies dying every day in the killing centers.” When Erica visits her local abortion provider, she’s harassed by anti-choice protesters who are brandishing signs with slogans like “Stop the slaughter” and “Save the unborn.” An elderly woman holds up an anatomically incorrect model of a fetus and yells, “Can you really kill your baby?” Her question echoes as other protesters surround Erica until a clinic nurse appears and helps her through the door.

In Degrassi High, Erica’s decision to have an abortion haunts her long after she has the procedure. In the following episode, she finds a flyer taped to her locker that says “Abortion is murder.” The word “murderer” is also painted in red on her locker door, and as she frantically tries to remove it, the red paint stains her hands and face. Eventually, Erica finds and confronts the person harassing her. The two teenagers get into a physical altercation, and when teachers pull them apart, the perpetrator screams, “You should be ashamed of yourself, you disgusting murderer!” Nine months later, Heather starts experiencing symptoms of PTSD over the guilt she feels for not preventing Erica’s abortion. As a pro-life Christian, Heather believes that she’s responsible for “killing a person.” On the reverse end of the spectrum, in the 1992 TV movie School’s Out!, which serves as a finale to Degrassi High, a character who schedules an abortion procedure is never seen or heard from again. 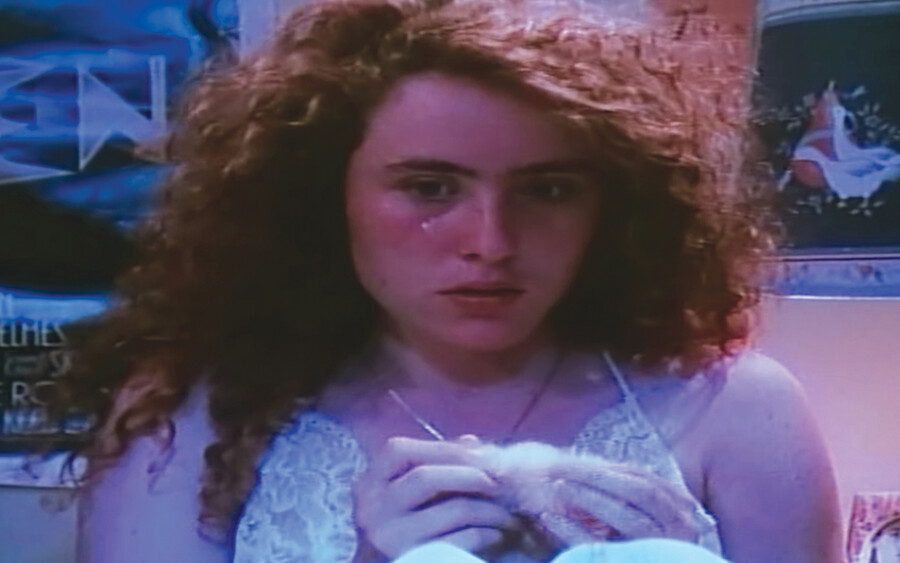 Fortunately, the latest iteration of the show, Degrassi: Next Class, feels like a direct response to the previous series’ dated representation of reproductive health. The Netflix sequel to TNG provided a much-needed update to the abortion narrative in Season 3 when 16-year-old Lola Pacini (Amanda Arcuri) chooses to have an abortion. As in past incarnations, the 2017 episode “#IRegretNothing” follows Lola into the clinic, where a nurse explains to her what will happen during the procedure. When Lola asks, “Afterward…how will I feel?” the phrasing is nearly identical to the dialogue between Manny and a clinician in TNG. However, according to Brogren, who served as a producer on Next Class, the major difference between this episode and episodes past is the fact that viewers follow Lola into the room during the procedure. We see Lola in a medical gown as a doctor injects a yellow fluid into her arm. She is nervous, but the doctor puts her at ease, making easy conversation and even cracking several jokes.

He explains every step of the procedure along the way: He will apply a numbing medication, look at her uterus, and finally use an aspirator to induce an abortion. “Whenever you do an abortion episode or you see it on tv, it usually ends with them going in the [procedure room] door and the door clos[ing],” Brogren says. “So, to go inside and see that it’s not this terrifying world where you’re being strapped to a chair or something like that—and to walk the audience through the steps to the actual procedure—was mind-boggling for a lot of people.” Beyond the show’s transparency around the procedure, the most marked difference between the way abortion stories are told in Degrassi: The Next Generation and Next Class is tone. Instead of symbolic red paint on lockers or dramatic confrontations between classmates, “#IRegretNothing” shows a young girl who does not waver in her decision, who is wholeheartedly supported by her friends, and who never feels an ounce of guilt or shame. On the subject of the episode’s messaging, Brogren says, “I think, for the most part, that’s the biggest jump—the idea that this isn’t shameful.” 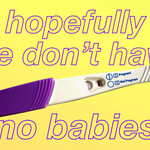 by Rachel Charlene Lewis
Young people know that forced-childbirth diehards are on the wrong side of this fight.