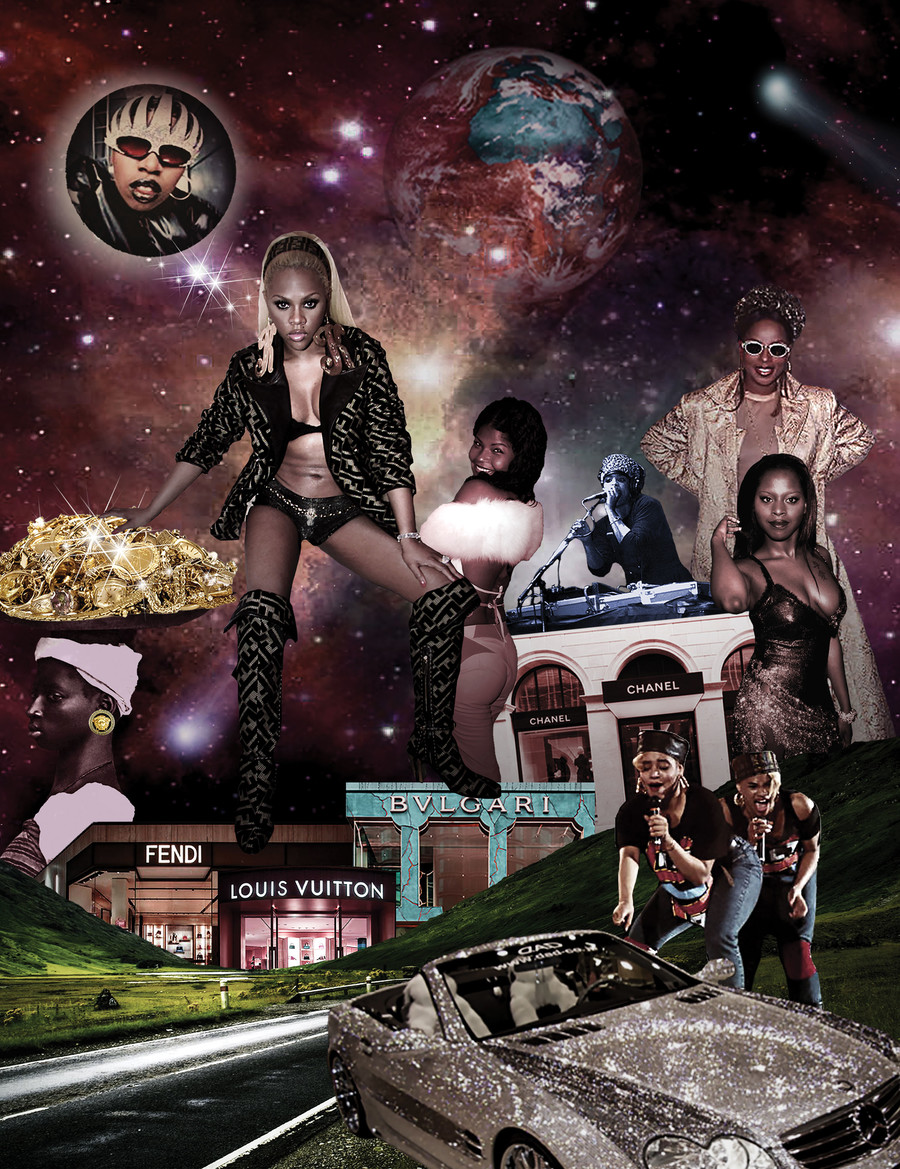 On “The Jump Off,” the first single from 2003’s La Bella Mafia, Lil’ Kim describes herself as a “Black Barbie dressed in Bulgari.” The lyric offers more than sharp wordplay; it sums up Lil’ Kim’s commitment to looking bomb in luxury brands, including Dolce & Gabbana, Prada, and Rolex. Lil’ Kim—one of many hip hop pioneers who refused to abandon her urban upbringing after finally “making it”—embodies the idea of “ghetto fabulous,” a term coined by Uptown Records founder Andre Harrell to describe the mixing of lowbrow and high-end clothing and accessories, like Louis Vuitton with Timberland boots. Ghetto fabulousness was in full effect by the mid-’90s when Lil’ Kim released Hard Core, Mary J. Blige dropped Share My World, and Foxy Brown brought the heat with Ill Na Na.

Before all of the glitz and glam, many hip hop artists were harboring big dreams in bleak surroundings. During her childhood, Lil’ Kim ran drugs for her ex-boyfriends, endured verbal abuse from her romantic partners, and watched her father physically abuse her mother. Similarly, Blige endured endless abuse in her dangerous Yonkers, New York, housing project. These women and many of their peers used music to claw their way out of dire circumstances, but their personal style still reflected the images of success they grew up with, including those portrayed in Blaxploitation films, by gangsters, and by funk and soul artists.

While Black consumers—even famous ones—have long had a complicated relationship with high-fashion brands, ghetto fabulousness allowed female hip hop and R&B artists to develop their identities as musicians. In Ray J’s 2001 “Wait a Minute” video for instance, Lil’ Kim wore a Fendi bathing suit, suit jacket, and boots with a headband and massive “K” door-knockers. One of Blige’s finest moments came at the 1995 Billboard Music Awards, where she wore a fitted black catsuit with her signature shades, heavy lip liner, and a glorious blond wig. Their over-the-top outfits made these women emblems of new Black money. “I didn’t know who I was,” Blige told CBS News in 2012. “So if ghetto fabulous and keeping it real and all of that was what I was, I was cool with that…until I learned that I can be more than that.”

Though ghetto fabulousness doesn’t quite look the same as it did in 1997, its influence lives on.

Hip hop and R&B’s ghetto-fabulous era also allowed Black designers to create unique lanes for themselves. Dapper Dan, who opened his own clothing boutique in 1982 after years of selling his popular designs on the streets of Harlem, is partially responsible for the iconic leather bomber jackets that platinum fly girls Salt-N-Pepa wore in their 1986 “Push It” video. Costume stylist June Ambrose, who created Missy Elliott’s iconic look for 1997’s “The Rain” video, and Misa Hylton, who is responsible for Lil’ Kim’s breast-baring one-piece for the 1999 MTV Video Music Awards, are closely associated with ghetto-fabulous fashion. Their work with furs, wigs, and a Norma Kamali gown solidified them as seasoned stylists, capable of hanging with legacy designers. The two stylists’ worlds collided in 2018 when Ambrose dressed Jay-Z for the “Apeshit” video, while Beyoncé wore a custom MCM x Misa Hylton outfit.

In 2000, fashion critic Robin Givhan wrote in the New York Times that the ghetto-fabulous era had been replaced by “pimp culture,” jerseys, blouses covered in rhinestones, and baggy jeans. But ghetto fabulousness has never completely phased out: Eve still wore fur and silk scarves to fashion shows throughout the early 2000s. Two decades later, Lil’ Kim is as stylish as ever and just walked and performed at the Blonds’s 2019 New York Fashion Week show. Foxy Brown is still dripping in Chanel and leopard print. Mary J. Blige remains a Versace hottie. These women have also realized the impact of their sartorial choices, posting throwback Thursday shots in head-to-toe Fendi and being honored by the next generation of women in rap.

Modern stars such as Teyana Taylor, Rihanna, and Maliibu Miitch are also influenced by ghetto-fabulous culture and openly cite Lil’ Kim, Blige, and Foxy Brown as fashion mentors. Their influence was evident at the 2018 grand opening of Taylor’s nail salon, where she wore a green silk Chanel jacket with clunky bamboo earrings. Nostalgia and innovation mingle to give the next generation of iconic women more current takes, like blue braided wigs, Gucci leggings, and Balenciaga sneakers. Though ghetto fabulousness doesn’t quite look the same as it did in 1997, its influence lives on.

Read this Next: Sunday Best 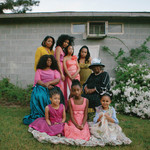 by Tanisha C. Ford
Fashion rituals are a set of acts, an unwritten code of survival, that are passed down from generation to generation.