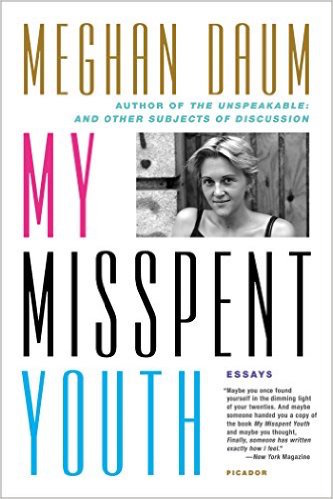 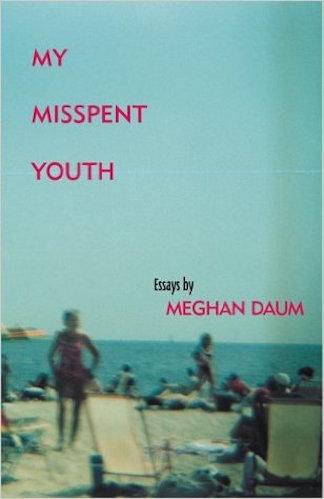 It makes a lot of sense that My Misspent Youth, Meghan Daum’s 2001 cult-classic essay collection, is being reissued this month. Last October, memoirist and essayist Cheryl Strayed wrote in the New York Times’ Bookends column about whether or not we’re in the “golden age for women essayists.” Around that time, Roxane Gay’s Bad Feminist, Leslie Jamison’s The Empathy Exams, and Lena Dunham’s Not That Kind of Girl all had stays on the New York Times’ bestseller list for nonfiction. Strayed writes, “As long as we still have reason to wedge ‘women’ as a qualifier before ‘essayist,’ the age is not exactly golden. And yet it’s hard to deny there’s something afoot. Essayists who happen to be women are having a banner year.”

Daum’s had quite a banner year herself. Last November, she published The Unspeakable: And Other Subjects of Discussion, a collection of personal essays, and she edited Selfish, Shallow, and Self-Absorbed: Sixteen Writers on the Decision Not to Have Kids, which tackles the social stigmas around childlessness.

But her columns for the Los Angeles Times have made her a bit of a tumultuous figure in feminist circles as of late. In one, written this past June, she criticized young feminists for remaining too focused on their own problems. “Why is Mattress Girl generating more headlines and postings than the victims of Boko Haram?” she asked. In her subsequent column, in response to some of the criticism she received, she blamed what she called the “Jezebel Effect,” defined as as the “preponderance of blogospheric female wrath,” for inhibiting necessary conversations about rape and sexual assault.

This is the context in which we receive My Misspent Youth, reprinted by Picador 14 years after it was originally published by Open City Books. In the new preface, Daum writes that she sees the book as “just a cost/benefit analysis of different ways of being in the world. It was my particular spreadsheet for living.” This is an important distinction to note—that it’s her “particular spreadsheet”—because what follows can, at times, remain too narrow to serve as effective and broad social commentary, even though that expansiveness is often what she aims for.

The first essay, “On the Fringes of the Physical World,” is at once a hilarious time capsule (she begins by logging into her “America Online account”) and a striking portrayal of a relationship that could never live up to its near-perfect online beginnings. Daum “meets” Pete—his screenname is “PFSlider”—after he emails her to tell her how much he adores her writing and, in turn, her. “He managed to do all this without sounding like a schmuck,” she writes. When the two finally meet in person, however, the structured, comfortable courtship the internet provided breaks, letting all life’s awkward physical realities swarm in, and their camaraderie never returns. She’s brutally honest about her habits and her relationship tendencies, and she uses her personal experiences here to get at deeper truths about human intimacy. It makes for a biting yet moving essay.

The title essay, however, is without a doubt the collection’s best. Originally published in The New Yorker (where it was almost scrapped, as she tells us in the prologue), it tells of Daum’s deep debt and how particular ideas about cultural capital keep many in New York for much longer than they can afford. At the end of the essay, she tells us she’s leaving New York for Lincoln, Nebraska, where they “also listen to NPR,” and where she can actually afford rent with her freelance writer’s salary. The essay is timeless in an unfortunate way as more and more cities—the Portlands, San Franciscos, Seattles—become more and more prohibitively expensive, forcing many communities out.

In a lot of these essays, Daum often deploys the same risky narrative tactic: she’ll begin by speaking uncritically of her (often pretty unfortunate) past views and actions, merely detailing them. Only once we have seen the full picture of her past self do we see her begin to dismantle it. This does work sometimes. It allows us to fully feel her complicated sadness in the final essay, “Variations on Grief,” which tells about the death of a childhood friend and her convoluted reaction to it. Her grief had manifested like “some Ayn Rand manifesto”: “Brian died because he refused to live. He refused to live because he refused to work.” Instead of allowing herself to grieve, she worked harder. She convinced herself that this was the way to fully live, that becoming part of the American work machine was the proper way to stave off an untimely death. This is how she grieves.

But in essays like “American Shiksa,” originally published in GQ, I could never get over Daum’s initial declarations. A shiksa is a gentile woman who “love[s] the Jew,” as Daum puts it, and according to her, being a shiksa is an evolution from white blonde girl to something more interesting. A shiksa is a white girl “discovering the exoticism inherent in her blandness. It is to be a foreigner in an utterly American way.” This, in itself, is ripe for examination. But Daum doesn’t go far enough. Her self-criticism is there, but it remains under the surface. I wanted her to show me the inherent problems of being a white person and exoticizing an entire culture. I wanted more. I wanted to see her tear that idea apart and burn the pieces.

This doesn’t mean that all essays should be serious business. They mustn’t all be life or death. The problem merely lies in completeness. A personal essay that is used to bolster discussion of a bigger social issue doesn’t have to stick to the confines of the personal. But if it wants to go broader, it should at least consider that outside the self, too.

This is an underlying problem with this collection. “Publishing and Other Near-Death Experiences” outlines the ways in which publishing has lost its prestige, but it doesn’t address the ways it hadn’t yet changed or the ways it should change. (Just one example: the publishing industry is still, to this day, remarkably white.) Certainly, the essay, originally published in The New York Times Book Review, is too short to go deep on much of anything, so it’s hard to fault her for that. But explaining your and your peers’ professional plight with phrases like “editorial slaves” is not exactly a sign of intersectionality.

Then there’s “According to the Women I’m Fairly Pretty,” about the polyamorous Ravenheart family. They belong to the Church of All Worlds, a religion based on Robert A. Heinlein’s science fiction novel Stranger in a Strange Land. She begins by telling us she doesn’t quite get people who like science fiction. But, on assignment, she steps “into that realm that has long elicited [her] deepest revulsion.” And it’s not the Ravenheart family’s polyamory Daum ultimately takes issue with. She instead aims at their science-fictional religion and the ways it influences their polyamory. She wonders why “they don’t seem to sleep with anyone who isn’t just like them,” anyone who isn’t also a member of their science fiction subculture. That she calls out the consumerism behind this—the t-shirts and the tchotchkes that seem to come with the territory—is fair. But don’t we all, to one degree or another, look for some common ground when we seek our romantic or physical groupings? Does this only bother her because the particular subculture they belong to is one that repulses her?

On the whole, because Daum’s voice is almost always compelling and because she’s such a talented writer, I did still enjoy My Misspent Youth even when I didn’t agree with her. But is this much of a surprise? I’m a young white woman trying to make her way in a creative field, too. Like so much feminist art that makes it to the semi-mainstream, this book was made for me. That the book remains fairly myopic to Daum’s singular experience, while simultaneously aiming for broader cultural commentary, makes it all the stranger that she recently called out young feminists for their own myopia. She should be the first to acknowledge that we can’t all fight every battle all the time. Sometimes, as this book shows, we start with the ones that are close. 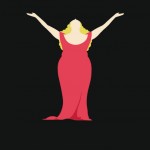