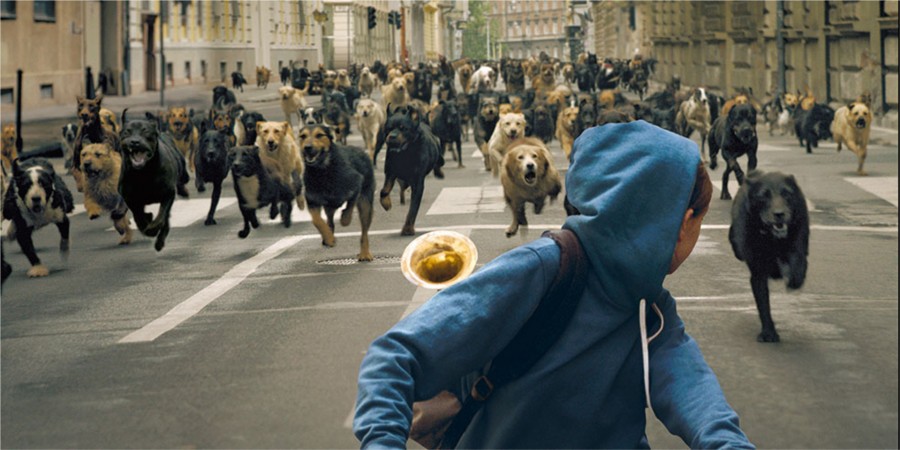 Most movies about animals aim to be adorable and heart-warming. Think Old Yeller, Babe, Milo and Otis, and the entire Disney canon. White God is not one of those films. The new film from director Kornél Mundruczó is about animals fighting back. Its fable about dogs seeking vengeance for human violence is powerful, disturbing, and downright awesome.

The film’s eerie opening scene shows a young girl bicycling through the empty roads of Budapest. Then, we see hundreds of dogs chasing her. The dogs of the city have staged a rebellion—and taken over the streets. The story centers on lonely and rebellious 13-year-old Lili (Zsófia Psotta) and her dog Hagen, as she visits her estranged father. The girl and dog share a tight bond that’s made all the stronger by the emotional distance of her dad, who works as a slaughterhouse meat inspector. He’s not happy about Hagen being in his home, especially as there’s a fine on having non-purebred dogs as companion animals. When he forces Lili to leave Hagen by the side of the road, in a wrenching scene, the city’s literal underdogs eventually band together and all hell breaks loose for the humans.

Sharing similarities with Animal Farm, White God also serves as a riveting parable about cruelty, oppression and injustice. Director Mundruczó says that he wants to criticize the way groups in power treat marginalized communities, using dogs as a metaphor for racism and intolerance in Hungary. But he also wanted to convey “how we use animals” and humans’ attitude of colonization. Some people have seen the film as an apt metaphor for immigration in Europe.  The decision to focus the story on a young female protagonist also carries weight. “I chose a female character for that role because I felt it’s much more difficult for her to keep her innocence under the pressure of society,” explains Mundruczó. While many films feature the “a boy and his dog” narrative (Old Yeller, White Fang, Frankenweenie, My Dog Skip, Iron Will, Turner and Hooch), very few films besides The Journey of Natty Gann, All Dogs Go to Heaven, and Wendy and Lucy explore the relationship between a girl or woman and a dog. 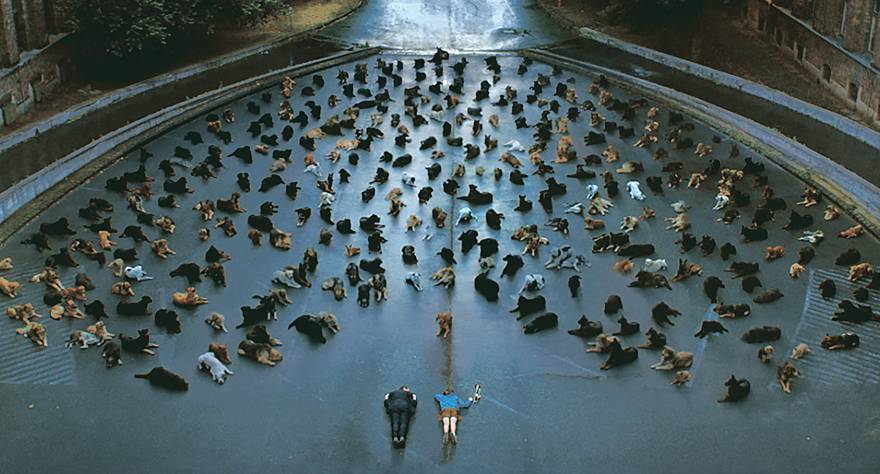 Like Hagen, Lili tries to break free and follow her own moral compass despite what the powerful cultural forces around her say. Lili treats Hagen as a true friend: she shares her food with him and never issues him commands such as “sit.” When her dad won’t let Hagen sleep in her bed, Lili decamps to the bathroom where she and Hagen curl up on the floor. Everyone around Lili refers to Hagen as an “it”—a man on the street even tells Hagen, “I will show you who’s master.” But Lili doesn’t budge when it comes to trusting her four-legged friend. Hagen's ordeal is also a mirror to Lili's own journey, in which she must awkwardly navigate the challenges of her own peers and a society which encourages girls to conform, to silence themselves, and polices their bodies, speech, and choices.

White God is one of the rare films I have seen where I almost walked out of the movie theatre screening due to its brutal depiction of animal cruelty. Hagen is chased by shelter workers, threatened with a cleaver by a butcher, and endures a torturous regime by a dog fighting trainer—starved, beaten, drugged, injected with steroids—all to transform the loving, trusting dog into a killer. But I’m so glad I didn't. Once Hagen incites a collaborative canine revolt (evocative of Rise of the Planet of the Apes), the government sends out police in riot gear and puts the city on lock down. Outraged, the stray dogs have had enough of being treated like disposable objects, exploited and tormented. They enact retribution on those who have abused them. While White God focuses on humans’ mistreatment of dogs, we witness glimpses of cruelty to other animals. We see cows led unknowingly to their deaths, then slaughtered and hung up, slit open for meat. People are often outraged when they hear about or see animal cruelty. But many people are desensitized to or disconnected from the origins of food, particularly meat and dairy.

Oftentimes, films featuring animals anthropomorphize them in order to really tell a tale about humans and their behavior, rather than from the perspective of animals. White God is different in that it centers dogs as dogs, not giving them hokey voice-overs or human attributes. We often see the world from Hagen’s perspective as the camera follows him and his line of sight, a camera tactic often utilized to elicit empathy from the audience. While White God is a political allegory, it’s impossible to ignore the embedded animal rights message—and the importance of treating all animals empathetically. White God also makes feminist vegan connections. While their struggles are patently unique, a similar motivation fuels the hierarchical oppression of both women and animals through objectification, exploitation, rape culture, and attacks on reproductive rights. As Carol J. Adams argued in her landmark book The Sexual Politics of Meat, misogyny and animal abuse share commonalities as both hinge on restricting bodily autonomy and the either literal or metaphorical consumption of bodies. 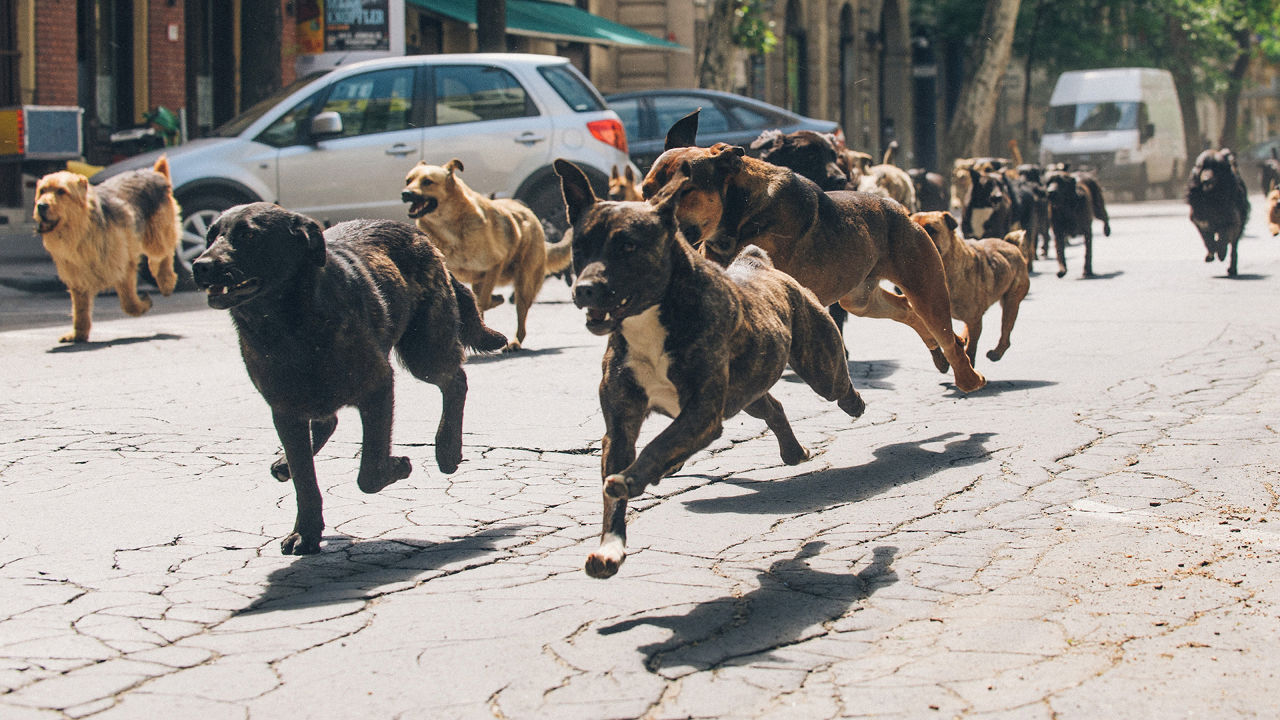 Mundruczó, who considers himself an “animal rights fighter,” was inspired to make the film after visiting a dog shelter. Seeing the dogs in cages and looking into their eyes, he says he felt shame that he was free and they were behind bars. However, it’s interesting that Mundruczó wants to point out the exploitation of animals and chose to use 250 real dogs in his film, rather than CGI. Many animal rights advocates advise filmmakers to not use real animals in films because training them to perform complicated tricks on command is often a cruel process. “Everybody said, 'You can’t do this movie without CGI. You can’t do it with all these dogs. They’re very badly trained. They’re not a pure breed. You need to use CGI,'” recounts Mundruczó. Lead animal trainer Teresa Ann Miller was the only one who said, “Well maybe we can do it.”

Most of the dogs in the film actually came from shelters in Hungary and were trained over the course of several weeks to follow basic commands. Miller says that treating the animals ethically was important to her on the project—as she told The Creators Project: “They’re with me 24 hours a day, seven days a week, so we’re close. Besides making sure of their safety, I have a responsibility as a pet owner to ensure stable mental health. What we really do is make it 100% safe to have them on a set.”

After shooting wrapped, the crew found homes for most of the 250 shelter dogs—Miller says 98 percent of them were adopted.

White God portrays toxic masculinity embodied by abusive humans (particularly a dog fighting trainer) as the enemy, whereas feminism—symbolized by Lili’s approach of compassion and kindness—is the remedy: Unlike the other humans in the film, she isn’t looking to oppress Hagen and the other dogs. By employing her musical talents to soothe Hagen in a harrowing climactic scene, she utilizes art to forge connection and reconciliation. Is this reinforcing patriarchal gender roles of women and girls as more compassionate or kind? Perhaps. Or perhaps it's making the point that women, girls, and animals, along with many other marginalized communities, are jointly oppressed by that very heteronormative racist patriarchy.

Through its compelling story and haunting images, White God is a warning of how humans dominate each other, other species, and the planet. While filled with tentative hope, it remains a scathing condemnation of our society’s collective attitude towards animals and people who are marginalized—like women, people of color, LGBTQIA people, people in poverty, and people with disabilities. The film reminds us to be intersectional in our advocacy and to empathize with those—whether human or animal—different from ourselves.

White God is currently screening in select theaters in the United States and is available on-demand everywhere. 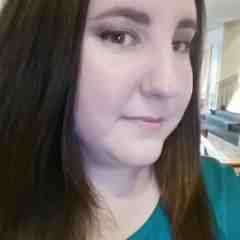 Megan Kearns is Bitch Flicks’ Social Media Director and a Staff Writer, a film critic, freelance writer, and a feminist vegan blogger. She tweets at @OpinionessWorld. 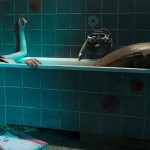 by Britt Ashley
Two man-eating mermaid sisters rise singing from the depths of the Baltic Sea to perform in a surreal nightclub and devour men. The idea that anyone could resist that plot summary boggles the mind.